For years, North America’s supply of critical minerals — the very foundational pieces of the clean energy transition — has been in the crosshairs of policymakers and businesses.

On one hand, demand for raw materials used to build electric vehicles and energy storage applications is set to explode over the coming years.

Bloomberg New Energy Finance estimates that, by 2030, consumption of minerals such as lithium and nickel will be at least five times current levels (see chart below).

Such projection puts a huge question mark over the availability of these materials moving forward. The lithium market, for example, is expected to enter a deficit in 2022 as use of the material outstrips production and depletes stockpiles, according to a December report by S&P Global.

Then there’s supply, which for metals like lithium is growing, but even a double-digit growth (as seen last year) may not be enough to fulfill our vehicle electrification needs.

In North America, the situation is direr as the US and Canada have been relying on foreign imports for most of their EV raw materials. Either has really bothered to explore for battery minerals and build mines, a risky bet considering how volatile world politics is.

Having finally woken up to the nation’s supply chain vulnerabilities, in 2018, the US government drew up a list of 35 minerals that were deemed critical to its national and economic security.

Since then, that list has grown to nearly 50 minerals, and of those, 70% are still supplied by its two principal adversaries — Russia and China.

The invasion of Ukraine serves as a reminder of just how bad of an idea to have a rival dominate a commodity market. Sanctions against Russia have already unsettled the global commodity markets. Over the past weeks, we’ve seen prices of oil, natural gas, aluminum, nickel and palladium all rise.

Nickel, the EV battery metal for which Russia controls 10% of global supply, experienced its biggest ever short squeeze on the London Metal Exchange this week, even forcing the bourse to cancel the metal’s trading.

In essence, these Russian sanctions have indirectly created a stumbling block in the global push for more EVs, with some automakers unable to bear the soaring nickel prices (up ~70% in a day).

But most importantly, they highlight the problems with the current configuration of the global supply chain, specifically the West’s dependence on rival economic powers for the minerals it needs but doesn’t have.

Still, it’s better late than never for the US to start developing its own supply of minerals, and by focusing on the right ones, it could well open up a potential “back door entrance” to the global battery race.

This brings us to graphite, a critical mineral essential to vehicle electrification that has constantly been overlooked and is extremely difficult to source.

The lithium-ion battery used to power electric vehicles is made of two electrodes — an anode (negative) on one side and a cathode (positive) on the other.

Metals like lithium, nickel, manganese and cobalt are all used as cathode material today, and depending on the battery chemistry, there are different options available to battery makers (see below).

Meanwhile, graphite is the only material that can be used in the anode, and there are no substitutes. This is due to the fact that, with high natural strength and stiffness, graphite is an excellent conductor of heat and electricity. Being the only other natural form of carbon besides diamonds, it is also stable over a wide range of temperatures.

In this regard, graphite is indispensable to the global shift towards electric vehicles. It is also the largest component in lithium-ion batteries by weight, with each battery containing 20-30% graphite. But due to losses in the manufacturing process, it actually takes 30 times more graphite than lithium to make the batteries.

According to the World Bank, graphite accounts for nearly 53.8% of the mineral demand in batteries, the most of any. Lithium, despite being a staple across all batteries, accounts for only 4% of total demand.

The anode material, called spherical graphite, is manufactured from either flake graphite concentrates produced by graphite mines, or from synthetic/artificial graphite. Only flake graphite upgraded to 99.95% purity can be used.

An average plug-in EV has 70 kg of graphite, or 10 kg for a hybrid. Every 1 million EVs requires about 75,000 tonnes of natural graphite, equivalent to a 10% increase in flake graphite demand.

By estimates, at least 125 million EVs are expected to be mobile by 2030. That’s more than 8 million tonnes of additional battery-ready graphite needed this decade, considering the mining industry is able to supply 1.1 million tonnes.

The flake graphite feedstock required to supply the world’s lithium-ion anode market is projected to reach 1.25 million tonnes per annum by 2025, says Benchmark Mineral Intelligence, the leading price reporting agency for battery metals. At this rate, demand could easily outstrip supply in a few years.

As vehicle electrification continues, it is estimated that the natural flake graphite market could reach a deficit as early as 2023, with few new sources being developed around the world.

The US Supply Problem

For the US, the reason to list graphite as a “critical mineral” goes even beyond its key role in decarbonizing the economy. The world’s most powerful nation is also vying for the top spot in the global EV space, a position that is comfortably held by its main rival China.

At the moment, nearly all the graphite processing takes place in China because of the ready availability of graphite there, weak environmental standards and low costs. About 80% of all synthetic graphite and 60% of natural graphite are produced there, making it a dominant player in every stage of the supply chain.

After China, the next leading graphite producers are Mozambique, Brazil, Madagascar, Canada and India. The US, on the other hand, produces a grand total of zero tonnes of natural graphite, and has relied solely on imports since the 1950s.

Due to strong demand, the level of foreign dependence has only increased in recent years. From 2016 to 2018, US graphite imports nearly doubled from 38,900 tonnes to 70,700 tonnes. Although imports leveled off in recent years, the numbers are still significant and alarming for the future of America’s EV economy.

However, once taken into the fact that China controls all spherical graphite processing, the US is actually not 33% dependent on China for its battery-grade graphite, but 100% — a dangerous position to be in given the current political climate.

Russia’s invasion of Ukraine has demonstrated the vulnerability of critical minerals when their production is concentrated in hostile world powers. China, too, has grown increasingly adversarial (economically, politically and militarily) over the years, and one move from Russia’s ally could likewise wreak havoc on the graphite market.

Even if China goes about its own business, there are doubts as to whether the world’s biggest producer has enough graphite to keep pace with surging global demand.

Evidently, the world’s mine supply has been stagnant over the years. Between 2018 and 2019, total production actually declined by 20,000 tonnes. Global production in both 2019 and 2020 was exactly the same at 1.1 million tonnes.

Everything points back to the inability of the West, in particular the US, to develop a reliable and sustainable graphite source.

Fortunately, the absence of production does not equate to a lack of economic graphite resources. Earlier this month, the US Geological Survey cited the Graphite Creek resource near Nome, Alaska, as the largest known graphite deposit in the country.

Graphite Creek is situated along the northern flank of the Kigluaik Mountains, spanning a total of 18 km (see map below). According to the USGS, this particular area of Alaska contains an abundance of graphite minerals, much of which remains underexplored to this day.

Exploration at the deposit is being carried out by Vancouver-based Graphite One Inc. (TSXV: GPH) (OTCQX: GPHOF), which aims to become America’s first high-grade producer of coated spherical graphite (CSG) integrated with a domestic graphite source.

The Graphite One’s project plan includes an advanced graphite material and battery anode manufacturing plant to be sited in the continental US, anchored by its development of the Graphite Creek resource.

The latest resource estimate (March 2019) — derived from drilling only less than 30% of the Graphite Creek mineralization — showed 10.95 million tonnes of measured and indicated resources at a graphite grade of 7.8% Cg (graphitic carbon), for some 850,000 tonnes of contained graphite. Another 91.9 million tonnes were tagged as inferred resources, with an average grade of 8.0% Cg containing 7.3 million tonnes.

A Preliminary Economic Assessment (PEA) on Graphite Creek supported a 40-year operation with a mineral processing plant capable of producing 60,000 tonnes of graphite concentrate (at 95% purity) per year.

Once in full production, Graphite One’s proposed graphite products manufacturing plant (location to be determined) — the second link in its proposed supply chain strategy — is expected to turn graphite concentrates into 41,850 tonnes of battery-grade coated spherical graphite and 13,500 tonnes of graphite powders per year.

This level of prospective production cannot simply be ignored, given it would cover the amount of US imports in most years.

The sites were identified across the country in Alaska, Alabama, Colorado, Montana, New York, Pennsylvania and Texas. Of those, only Graphite Creek contains more than 8 million tonnes of graphite, confirming Alaska Governor Mike Dunleavy’s previous statement that this “would be a superior domestic supply of this critical mineral.”

The next steps for Graphite Creek will include an updated resource model and new technical data for a preliminary feasibility study, anticipated to be released in April, which will incorporate results of the 2021 drill program.

More fundings and stakeholder engagements are also expected to be announced in advance of relevant permit approvals, allowing Graphite One to advance its plans and begin construction of project infrastructure (access roads, mills etc.). In 2021, the company secured a total of $12 million in financings, demonstrating the degree of investor interest in what is considered a “non-major” commodity.

But considering graphite’s crucial role in vehicle electrification and how much of the mineral — the only suitable anode material in EV batteries — will be needed in the future, it would be wise to prioritize graphite all the way through this global energy transition.

Meanwhile, the world’s graphite production and processing are mainly concentrated in China, which cannot be relied upon for its supply forever. The war in Ukraine shows how commodity markets can go sideways when a powerful nation controls a large chunk of the production, especially for those labeled “critical minerals”.

The US certainly wouldn’t want to rely 100% on foreign imports (especially from China) for their graphite, a material that is consumed by some 90 American companies. For a nation that aspires to lead the EV race, this is a situation that needs changing, and fast.

As confirmed by the USGS, the Graphite Creek deposit in Alaska, being the largest on US soil, presents an ideal solution for America’s graphite problem. 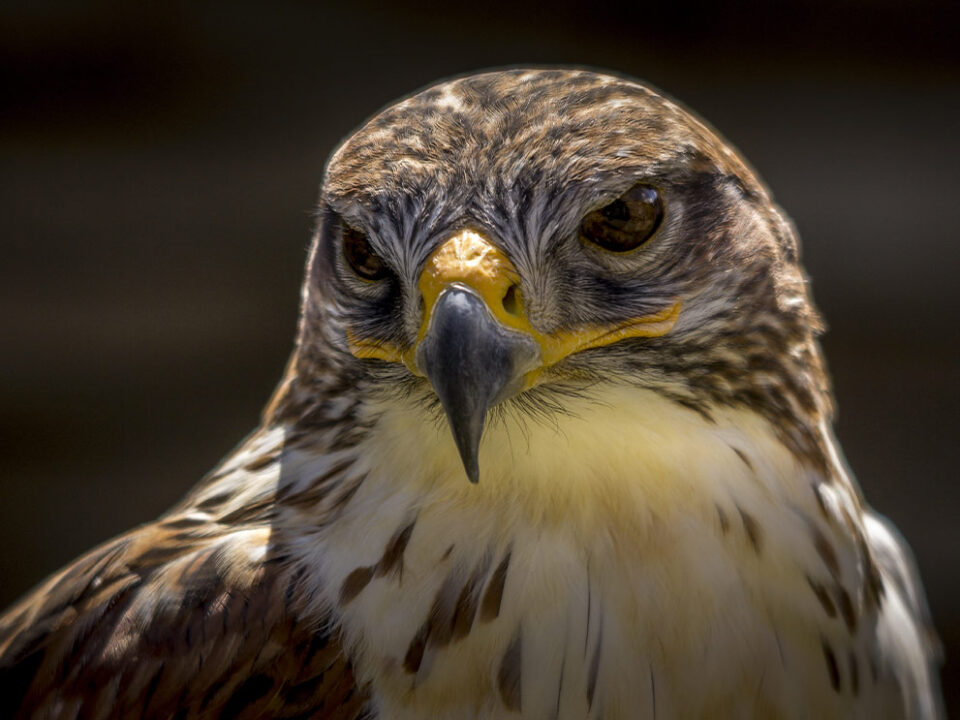