The economic implications of a colossal infrastructure funding deficit 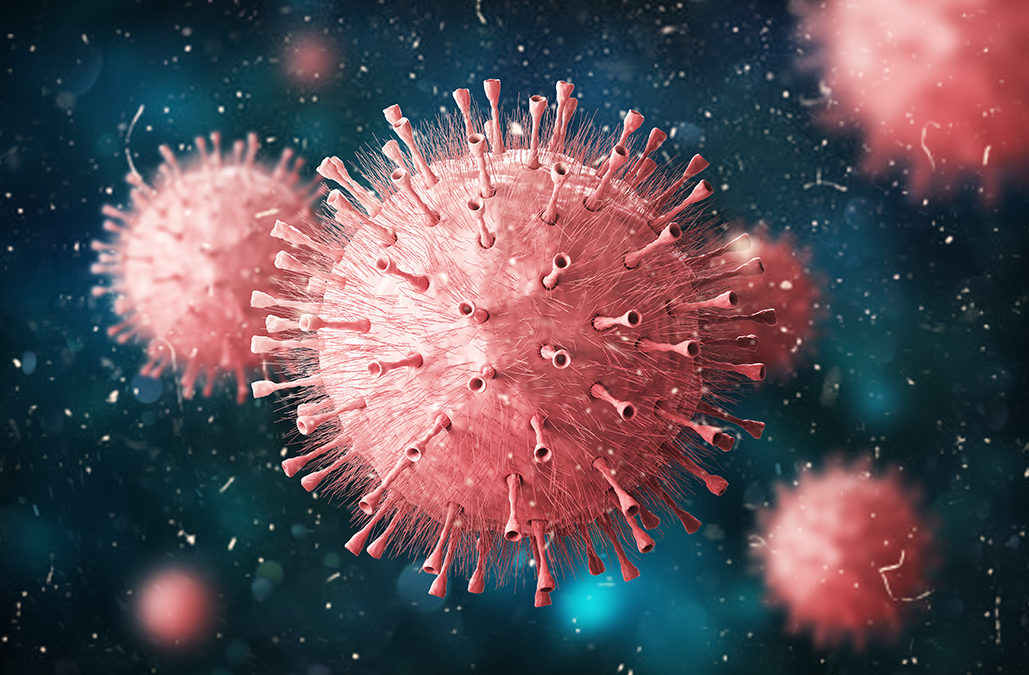 Unprecedented times call for unprecedented measures. As the saying goes, governments around the globe have taken drastic action to support their respective economies in the wake of the pandemic.

Within the first two months of the crisis, more than $10 trillion in relief packages were announced worldwide. This was three times more than the response to the 2008-2009 financial crisis.

As the leading world power, the US has already injected nearly 14% of last year’s GDP to rejuvenate its economy, according to Statista. This equates to about $3 trillion in money being printed. 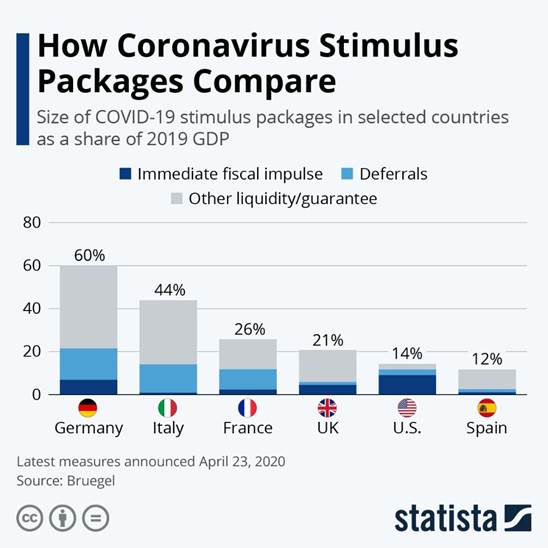 Stimulus packages as a share of GDP. Credit: Statista

But the ‘buck’ doesn’t stop here. Even with positive developments in a Covid-19 leading to an eventual FDA approval and a rapid roll-out, further fiscal stimulus would still be needed to reverse the pandemic-led economic contraction.

The pathway to economic recovery and growth begins with infrastructure spending.

In the US, President-elect Joe Biden has set out plans for an immediate infrastructure stimulus of roughly $300 billion.

The Congressional Budget Office estimated in 2015 that every dollar spent on infrastructure brought an economic benefit of up to $2.20 — more than double the returns. The US Council of Economic Advisers calculated that $1 billion of transportation infrastructure investment alone would support 13,000 jobs for a year.

Beyond the numbers, infrastructure is critical to the health and well-being of the country. The US simply could not function properly without roads, bridges, sewers and power lines.

Investment in US infrastructure becomes even more crucial in light of increased global competition and the amount other world powers have pledged to spend.

China — which many consider being its biggest rival — already spends more each year on infrastructure than North America and Western Europe combined.

The scale of China’s spending is also unrivalled; in less than a decade, it has built more than 80 times as much interregional transmission capacity than the US.

A study by Oxford University estimates that China’s spending could reach an astounding $28 trillion by 2040, with no signs of slowing down. Investment in its ambitious Belt and Road initiative is set to increase by 14% annually over the next two years, and that the total investment amount could double to $1.2-$1.3 trillion by 2027.

Even before Covid-19, there was a serious need for more and better infrastructure around the world.

This need will only get bigger over time, widening the trillion-dollar gap that already exists between planned investment and the amount needed to provide adequate global infrastructure.

In the US, there would be a $2.1 trillion infrastructure funding gap during the ten-year period from 2016 to 2025, based on figures provided by the American Society of Civil Engineers (ASCE). Failure to address that would result in almost $4 trillion of GDP lost. 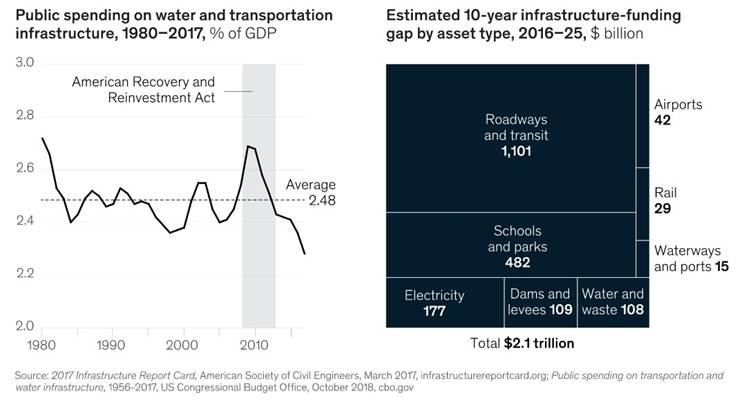 Public spending on infrastructure in the US has fallen, with a backlog of $2 trillion

US infrastructure investment gaps by 2040

Transportation will likely require the largest chunk of funding needs. The US Government Accountability Office finds that nearly one in four bridges are deficient, with 10% categorized as structurally deficient and 14% categorized as functionally obsolete.

The country’s water and energy systems are also under stress. The Environmental Protection Agency estimates that these will require $632 billion in additional investment over the next decade.

Going even further, the Global Infrastructure Hub estimates that this gap could reach $15 trillion in 2040.

What it means is that despite a tough economic environment, governments worldwide will and need to spend to joust for their positions on the global stage. This is especially true for the US under a Biden administration, whose plan may even take the route of a “free pass on spending”.

His recent nomination of Janet Yellen as Treasury secretary signifies another step towards a massive stimulus. The former Federal Reserve chair had been a proponent of fiscal policy to support the economy.

A large infusion of cash into the economy is often associated with inflation risks, often a hot topic of speculation and debate during uncertain times.

While prices for some goods have been rising due to supply shocks, many economists still expect consumer prices to stay low despite trillions of dollars in government stimulus because of a huge dent in aggregate demand.

Evidently, projections from Federal Reserve policymakers show inflation will stay below the central bank’s 2% target over the next two years.

But beyond that, it could be anyone’s guess; that is where fears of higher inflation kick in.
Earlier this year, RBC Capital Markets economists Tom Porcelli and Jacob Oubina wrote in a client note:

“It is not a stretch to think we could experience persistent and elevated goods inflation in the coming years. Keeping in mind, this is not something we have witnessed here in the US in decades.”

The last time a financial crisis hit the US, inflation never surged in response to stimulus measures.

But analysts believe the 2020 version of monetary and fiscal expansion is much different, comparing this year’s monetary action to what Milton Friedman used to call “helicopter money”– that is, sending money straight to people’s accounts.

In theory, this money is nearly impossible to drain from the system, and the excess cash would spur long-term inflation.

According to Chris Brightman of Research Affiliates, the real concern is with fiscal policy. If a $1 trillion federal deficit (with full employment) barely touched inflation, then a tripling of that would probably have the same effect amid a deflationary recession.

But the government, knowing that it can borrow without limit, will boost inflation as the economy regains its ground, Brightman predicts. “But once Washington gets accustomed to multi-trillion-dollar deficits, what’s the likelihood of reining them in?” he asks.

This brings us back to the aforementioned infrastructure deficit: the government recognizes the need for a major infrastructure program, and paying for it is inflationary. Some of the traditionally used measures (i.e. monetizing debt) may not be enough considering the already low interest rate environment and a weakening US dollar.

Treasury nominee Janet Yellen recently stated in a Bloomberg TV interview: “There are some limits [to monetary policy] and it’s important for fiscal policy to fill in that gap.” If that is the case, an inflation hike could be a matter of when, not if.

Speaking of cash infusions, investors are now betting big on commodities as they brace for governments plowing money into metals-intensive “green” stimulus packages.

Both copper and iron ore prices hit multi-year highs this week, with the former riding a hot rally on a fast recovery in Chinese manufacturing activities. Part of the upswing was also driven by fears of inflation.

“When you look back historically, commodities and mining-related equities have acted as effective ways to play rising inflation expectations.”

As the world begins returning to normal, a commodity rebound can be expected in the short-term (for example, oil prices). However, many believe copper could represent a long-term play with the global transition to green energy gathering pace.

Analysts at Goldman Sachs went even further. In a recent outlook report, they predict that we are set to see a new “structural bull market” for commodities, arguing that stimulus packages — such as China’s new five-year plan, Europe’s Green Deal and Biden’s planned package for the US — could all have a similar impact as the buildout of Chinese infrastructure did in the 2000s.

“The world is re-engineering transportation, power generation, information storage and goods distribution,” said David Lilley, a copper market veteran and former co-founder of Red Kite, London’s best-known metals hedge fund, adding that “governments across the world are supporting and encouraging the transition.” This bodes well for the future metals market.

While on the topic of China and its impact on the current copper rally, the world’s biggest consumer launched its first yuan-denominated copper futures contract this month.

This was considered an ambitious move for the Asian powerhouse to become a “price setter” of the most actively traded metal. Some also speculate that this would raise the profile of the Chinese yuan to a level that may even challenge the US dollar’s status in international trades somewhere down the road.

The timing was intriguing; the US Dollar Index has been trending down since April, partly due to the low interest rates stemming from the global pandemic. Even as a haven asset, it also has to compete with gold, which has risen more than 20% this year.

The Federal Reserve’s stronger dovish stance — such as by allowing inflation — has also exacerbated the greenback’s decline.

In the meantime, the yuan recently erased half of its losses since the onset of the US-China trade war, partially boosted by the prospects of Biden taking office in January. Admittedly, the Chinese economy has also been on a much different (and better) path to recovery.

Nevertheless, a rising yuan would allow policymakers to leverage the foreign-exchange markets, and China has said this currency appreciation would have a negligible effect on exports.

In a recent report, Morgan Stanley wrote that higher foreign investment into China could boost usage of the yuan even further to becoming the third-largest reserve currency in the world – behind only the USD and the euro.

The era of the dollar’s “exorbitant privilege” as the world’s primary reserve currency is coming to an end, Bloomberg columnist Stephen Roach wrote, pointing to an exploding government budget deficit that could soar to a peacetime record high this year.

Roach adds that with domestic savings collapsing, the dollar could even test its July 2011 lows when the economic crisis starts to stabilize. The ultimate worry? Stagflation, when inflation is accompanied by a weak economy.

The likelihood of further stimulus and anticipation of a post-pandemic world have both driven the US dollar down, and fear of the greenback losing its status will not subside anytime soon.

But for the RMB to topple its US counterpart, it may still have ways to go.

“It’s hard to imagine that sort of precipitous decline happening,” another Bloomberg columnist Brian Chappatta recently wrote, adding that even a weakening US currency would still be the preeminent reserve currency.

“It’s in no country or region’s best interest (at least not imminently) for the dollar to lose its place as the reserve currency of choice,” he argues.

The global gap in infrastructure funding will undoubtedly spur a massive wave of stimulus deals.

In the US, the infrastructure is already dangerously overstretched with a trillion-dollar funding gap just to keep abreast of all its needs. In that regard, the Biden administration’s planned financial package would just be a drop in the bucket considering the widening funding gap in the distant future.

This means a massive wave of infrastructure spending is on the cards, both in the US and globally, which is already having a trickle-down effect (no relation to Ronald Reagan’s supply-side theory) on commodities. Inflation is a worry, but not surprising considering the unprecedented amount of cash injections this year.

Then there is the currency dynamics, which would be interesting to see how it plays out as we approach a post-pandemic world. 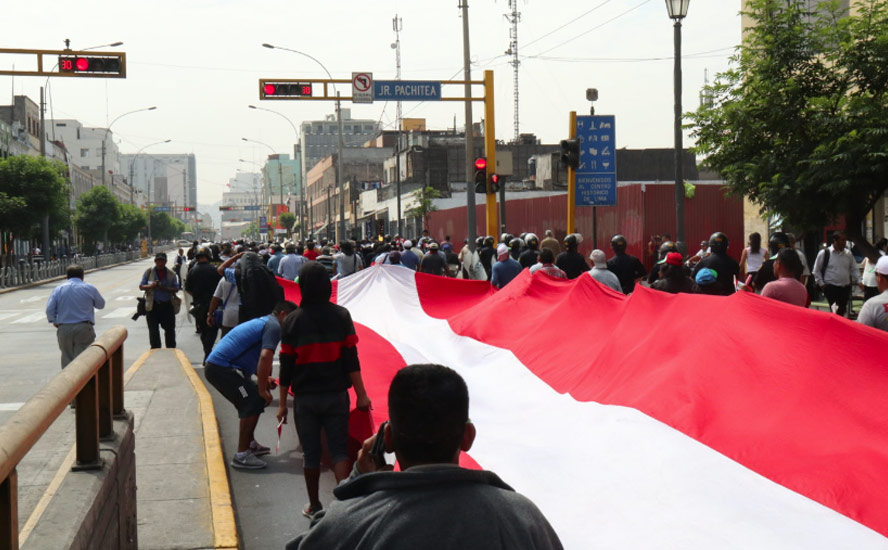 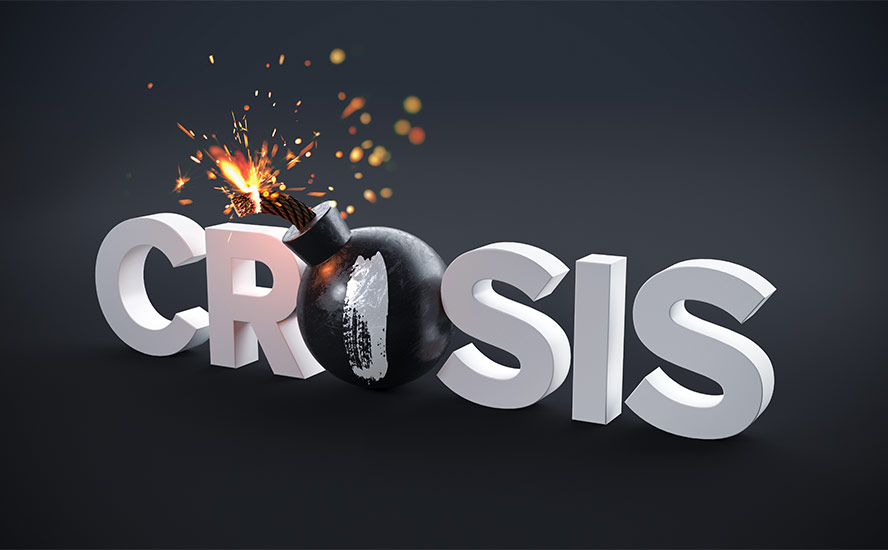 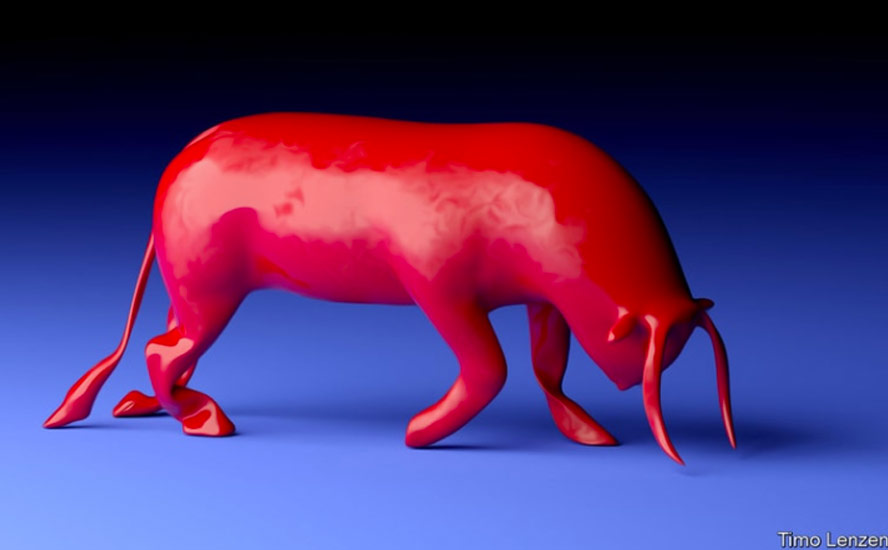 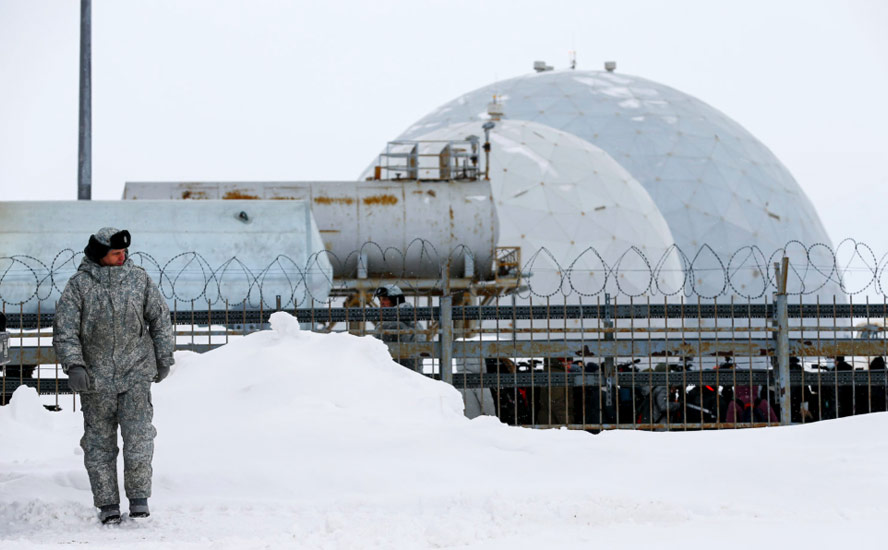 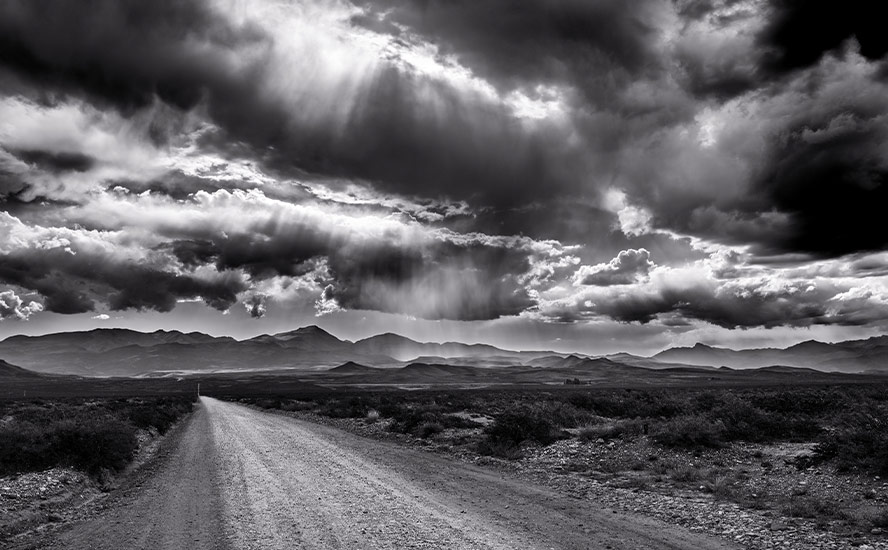 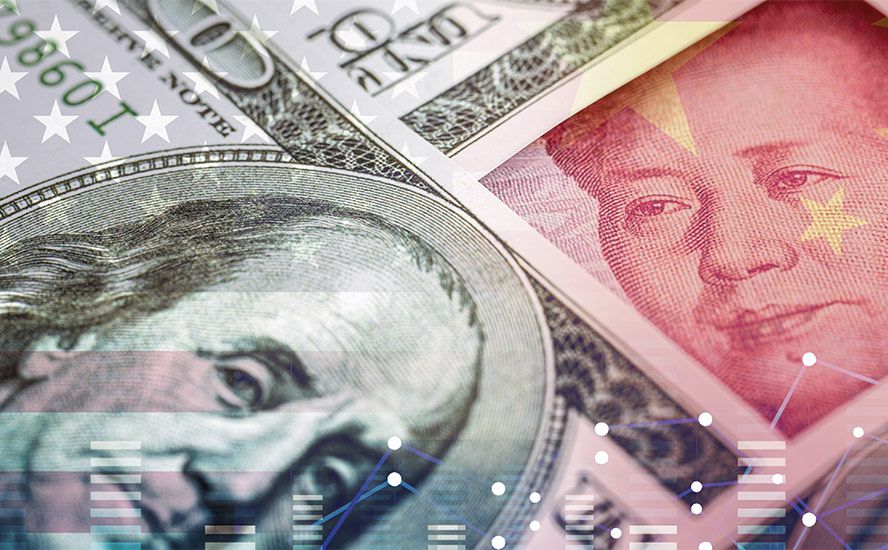 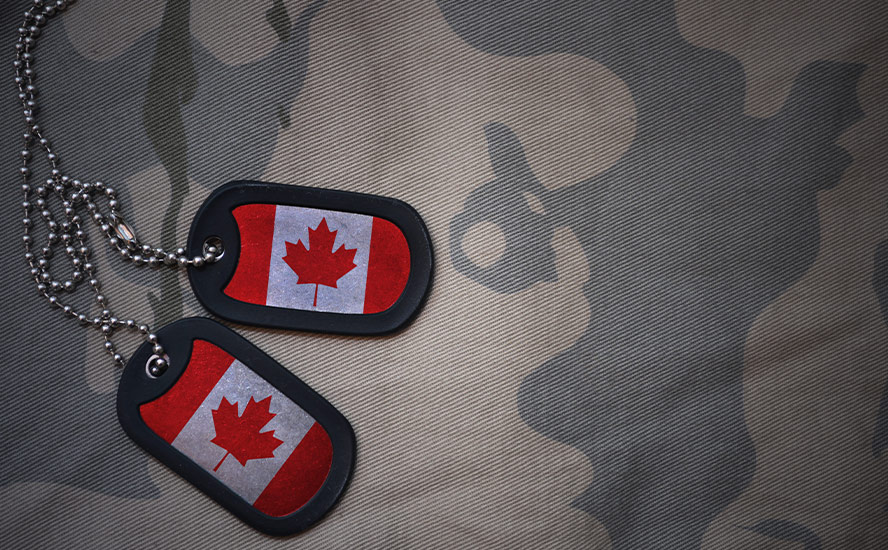 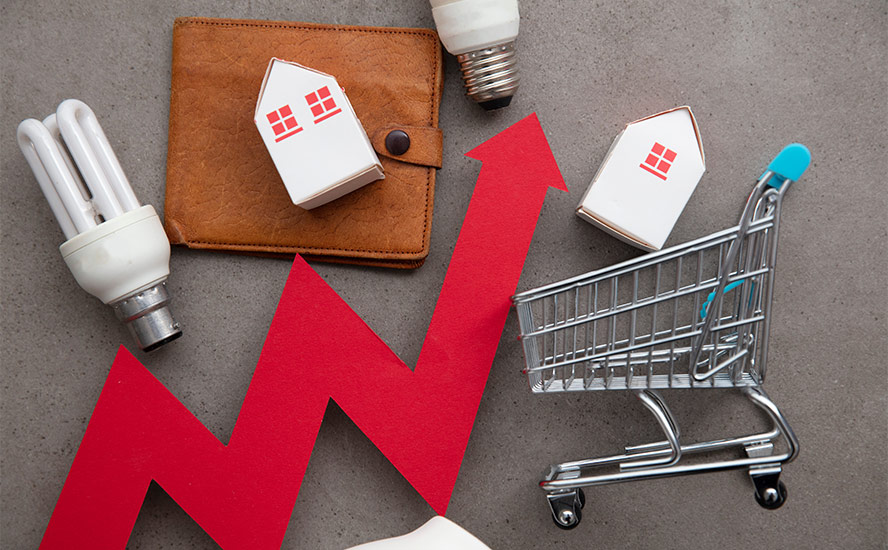