Manning Ventures Inc. (CSE:MANN, FSE:1H5) will soon have boots on the ground at its two iron ore projects, Lac Simone and Hope Lake in Quebec, collecting samples and mapping in preparation for an upcoming drill program.

According to the company, The objective of the work program is to map the iron-formation and the surrounding rocks in order to gain an understanding of the geometry and tonnage potential of each project. This work is designed to assist in the targeting for a future drill campaign, and to prioritize drill targets to focus on those with a potentially favourable mining geometry.

Samples will be collected in order to assess the grade and width of the iron formation. Additional laboratory test work will expand on the mineralogy (magnetite and /or hematite) of each zone.

“As Iron Ore prices trade at or near record levels, we are excited to see ground work get underway at these two projects,” said CEO Alex Klenman, in the June 3 news release. “This work is critical in prioritizing drill target locations, which we’re very enthusiastic about. We are eager to expand upon historical work and move our Iron Ore assets further along their respective developmental paths as rapidly as possible.”

Lac Simone was explored by Jubilee Iron Corp. between 1956 and 1964. During that time, Jubilee completed ground and airborne magnetic surveys at the northernmost magnetic anomaly, as well as mini-bulk sampling with basic metallurgical testing and three diamond drill holes. Bulk sampling in test pits produced an average head grade of 35.51% Fe, that was upgraded to a concentrate grade of 66.02% Fe.

Of the three drill holes completed, mineralized intervals up to 16.15 meters of 29.05% Fe were recovered.

Like Lac Simone, the Hope Lake property was primarily explored in the past by Jubilee Iron, which completed ground and airborne magnetic and geological surveys at the northernmost magnetic anomaly, and two diamond drill holes.

The project, consisting of 68 mineral claims totaling more than 3,500 hectares in one contiguous claim block, is located approximately 60 km south of Fermont.

In 1959, 12 samples were collected at the east end of the property, with results averaging 34.18% FeT. One of the two drill holes did not make it to bedrock, while the other hole was drilled vertically and struck lean silicate (grunerite) iron formation from 3.7m to 23.5m.

In 1962, Jubilee performed basic metallurgical testing of samples collected from three surface zones in 1959. Magnetic concentration tests performed on these samples returned results of 68.4% and 68.1% Fe.

The Hope Lake property has also been the focus of several exploration campaigns in recent years.

In 2011 and 2013 Champion Iron Mines visited 48 outcrops and collected 16 samples, which reported average grades of 28.7% FeT and 33.7% FeT from each program, respectively. The sampling programs indicated that the property hosts high-grade quartz-hematite +/- magnetite iron formation.

A consultant’s report delivered in 2014 on behalf of Champion found that “Careful perusal of all available data on the Hope Lake claims suggests that the iron formation that underlies the claim block contains a potential iron-ore resource. The true grade and amount of iron-ore deposits most amenable to mining have yet to be determined, but there exists a demonstrably strong potential for deposits of economic grade” (Langton 2014, Report GM68246).

Manning Ventures has also moved to expand its land base in Quebec, having entered into a purchase agreement with the vendors of the Broken Lake, Heart Lake and Hydro properties.

“These acquisitions add dozens of priority target areas to our iron ore exploration portfolio,” CEO Alex Klenman stated in the May 25 news release. “The amount of deposits in the area is impressive and we are certainly in the right place to make a significant discovery. This expansion positions Manning as a key exploration company in what has become a robust global sector. We’re eager to get on the ground and begin meaningful exploration programs shortly.”

To acquire 100% of the properties, Manning agreed to issue 4 million shares and 4 million warrants, exercisable at $0.35 for a period of two years.

Recent drilling at Heart Lake saw hole TM15-01 intersect 26.7% Fe over 25.6m, and end in high-grade iron formation. The claims are along strike with Champion Iron’s ground, where iron formation on the same trend, approximately 6 km away, contains a drill hole with two separate iron formations of 31.2% Fe over 50.8m and 30.8% Fe over 42.2m.

At Hydro, several historical rock samples in three separate zones were collected along an approximately 12-km trend of linear-style iron formation that has never been drill-tested. The samples average 32.5% Fe.

Broken Lake features about an 18 km-long trend of iron formation from which a well-mineralized interval exceeding 84m was reported, although no assays were documented. A 6 km-long belt of highly magnetic rocks has not yet been drill-tested, but it has been mapped as a magnetite-rich iron formation, representing a prime exploration target.

A stockpile sampling program from historical underground exploration at the west end of the Flint Lake mine, resulted in a range of assays from less than 5 parts per billion to 350 grams per tonne (g/t).

Field geologists grabbed 10 random samples from each of three quartz/ carbonate piles, with an additional five samples collected from loose muck, for a total of 35 samples.

According to Manning, Based upon the assay results and type of material the gold is hosted in, it appears the gold is coarser free gold that should be amenable to extraction via normal milling methods.

Manning’s timing for an exploration program is excellent, given the bullish fundamentals for iron ore and the gold price holding steady around $1.870/oz.

According to data from Fastmarkets MB, benchmark 62% Fe fines imported into Northern China (CFR Qingdao) are now changing hands for $210.99 per tonne – up more than 118% over the past 12 months.

At the center of the rally is rising steel prices, from Asia to North America. Steel demand remains strong as economies — China in particular — continue their massive investments in steel-intensive infrastructure.

China is also trying to rein in its world-leading steel supply. It views the supply boom during the coronavirus crisis as a contributing factor to the nation’s rising carbon emissions, in contrast to other big economies.

Also fueling iron ore’s relentless surge is the intensifying diplomatic spat between China and Australia. On May 6, China indefinitely suspended all activity under a China-Australia Strategic Economic Dialogue, further exacerbating the strained relationship between the two countries.

I’m expecting plenty of news flow from Manning Ventures in the coming weeks, as exploration ramps up at its Lac Simone and Hope Lake iron ore projects.

Richard does not own any shares of Manning Ventures Inc. (CSE:MANN). MANN is a paid advertiser on Richard’s site aheadoftheherd.com 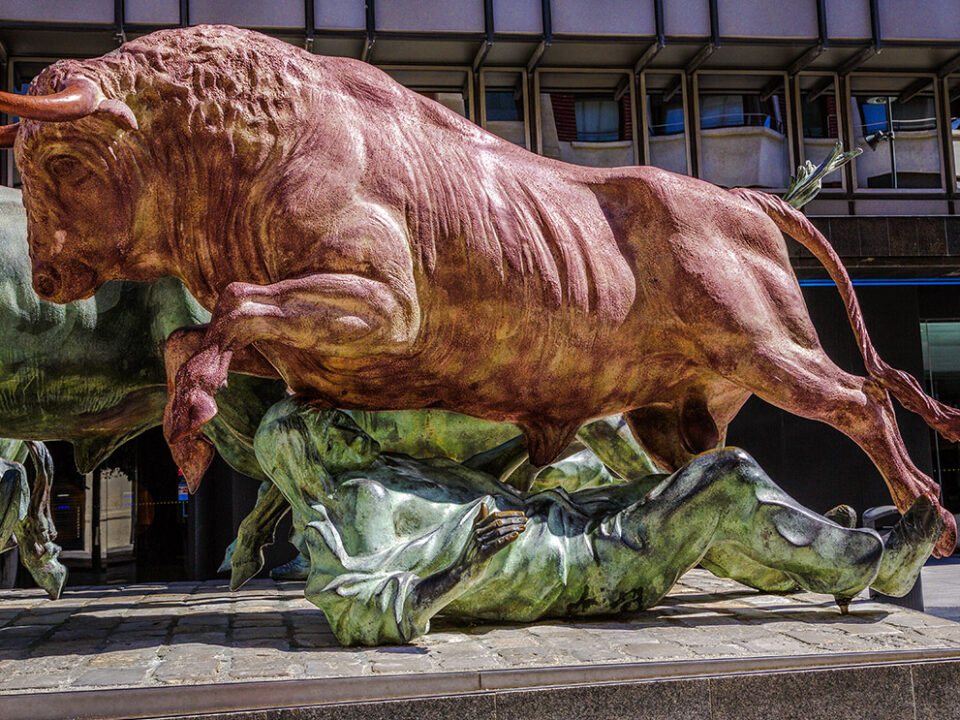