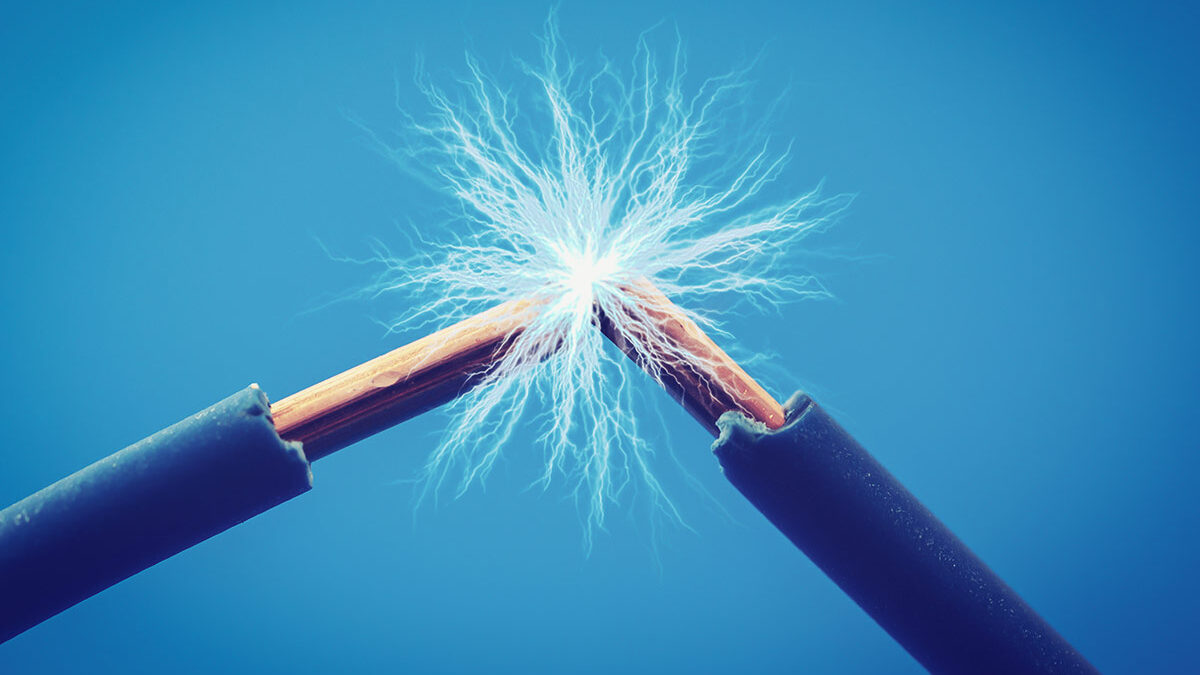 In another major step towards becoming America’s first vertically integrated graphite producer, Graphite One Inc. (TSXV: GPH) (OTCQX: GPHOF) announced this week that it has chosen the location for its advanced materials processing plant.

The proposed facility, which would finally bring production of the battery anode material to the US, is set to be built in Washington state. Discussions with public authorities are ongoing to determine the plant’s exact location. All in all, the facility is expected to support approximately 130 high-wage jobs in the state.

The Washington facility represents the second link in Graphite One’s 100% US-based graphite supply chain strategy, anchored by its development of the Graphite Creek resource in Alaska, recently identified by the US Geological Survey as the largest known graphite deposit in the country.

With energy being the largest single cost factor in advanced graphite anode production, Graphite One believes Washington state’s hydropower is expected to provide a significant advantage in keeping its production costs as low as possible. Washington’s average 2021 electricity price to all industrial customers was 5.81 cents per KWh, compared to the US national average of 7.26 per KWh.

The potential construction of Graphite One’s advanced materials facility puts the US closer towards its goal of establishing a reliable “mine to battery” supply chain for the burgeoning EV sector.

For graphite, such accomplishment could bear higher significance than, say, lithium or nickel, which are also EV raw materials in demand globally. This is because graphite is the only suitable anode material there is for EV batteries, and is the largest battery component by weight (20-30%).

More importantly, natural graphite material is much harder to source. Only about 20 countries make up the world’s supply, many of which produce insignificant amounts (<10,000 tonnes a year).

China is by far the biggest producer today with nearly 60% of the world’s graphite production. Due to the weak environmental standards and low costs, China also controls almost all of the graphite processing, making it a dominant player in every stage of the graphite supply chain.

After China, the next leading graphite producers are Mozambique, Brazil, Madagascar, Canada and India. The US, on the other hand, produces a grand total of zero tonnes of natural graphite, and therefore must rely solely on imports to satisfy domestic demand.

The level of foreign dependence has increased over the years. From 2016 to 2018, US graphite imports nearly doubled from 38,900 tonnes to 70,700 tonnes. Although imports leveled off in recent years, the numbers are still substantial and alarming for the future of America’s EV economy.

But once taking into the fact that China controls all graphite processing, the US is actually not 33% dependent on China for its battery-grade graphite, but 100% — a dangerous position to start should it wish to win the race for EV dominance.

Therefore, it comes as no surprise that graphite is included in the US critical minerals list; it is also one of only four minerals that the USGS considers to be essential to all six industrial sectors.

The increased use of lithium-ion batteries could gobble up well over 1.6 million tonnes of flake graphite per year, posing a serious threat to the global supply chain as the mineral is already used in a variety of industries (graphite consumption for all uses totalled 1.1 million tonnes in 2020).

According to the World Bank, graphite accounts for nearly 53.8% of the mineral demand in batteries, the most of any. Lithium, despite being a staple across all Li-ion batteries, accounts for just 4% of total demand. The USGS believes that large-scale fuel cell applications are being developed that could consume as much graphite as all other uses combined.

Can the mining industry crank out more graphite every year to match this demand? For that, we have reasons to doubt. Between 2018 and 2019, world mine production actually declined by 20,000 tonnes, or 1.8%. Global production in 2019 and 2020 was exactly the same, 1.1 million tonnes.

The solution then is simple: develop the graphite deposits of today into mines of tomorrow. For the US, this is even more important given its lack of a graphite source and total dependence on China, its chief economic rival.

By including graphite in its “critical minerals” list, the US government has acknowledged the crucial role graphite plays in ensuring its national security and economic prosperity.

This was once again reiterated by US President Joe Biden during a video conference last month on domestic supply chains, where he singled out graphite as one of the minerals of focus:

“To follow through on my commitment to say we were going to make it in America and build it America… we needed a supply chain that was reliable…  including critical materials like lithium, graphite, and rare earth materials, which are badly needed for so many American products,” Biden remarked.

Soon after Biden’s announcement, US Senators including Democrat Joe Manchin and Republicans Lisa Murkowski sent a bipartisan letter asking the US President to invoke the Defense Production Act, which would be used to accelerate production of battery materials that are needed to power electric vehicles.

“In order to address the threats to our national security, we respectfully request that you invoke the Defense Production Act (DPA) to accelerate domestic production of lithium-ion battery materials, in particular graphite, manganese, cobalt, nickel, and lithium,” according to a copy of the letter seen by Bloomberg.

US regulators led by Energy Secretary Jennifer Granholm are also on board with expanding domestic sources of EV battery minerals. Speaking at the CERAWeek energy conference in Houston, Granholm said she would “work to streamline permitting for new sources of EV minerals.”

Everything points towards the US doing all it can to reduce its dependence on foreign-sourced supply of critical minerals. For a nation that produces no graphite at all, the battery anode material could well become a priority.

Now with confirmation that its large graphite resource in Alaska is indeed the largest deposit in the country, Graphite One would likely be the one to get the ball rolling.

The company was granted High-Priority Infrastructure Project (HPIP) status last year by the Federal Permitting Improvement Steering Committee (FPISC), which would allow its approval process to be streamlined.

As mentioned, Graphite One’s project plan includes an advanced graphite material and battery anode manufacturing plant to be sited in the continental US, anchored by its development of the Graphite Creek resource.

The Graphite Creek deposit is situated along the northern flank of the Kigluaik Mountains, spanning a total of 18 km (see map below). According to the USGS, this particular area of Alaska contains an abundance of graphite minerals, much of which remains underexplored to this day.

The latest resource estimate (March 2019) — derived from exploration drilling of only less than 30% of the Graphite Creek mineralization — showed 10.95 million tonnes of measured and indicated resources at a graphite grade of 7.8% Cg (graphitic carbon), for some 850,000 tonnes of contained graphite. Another 91.9 million tonnes were tagged as inferred resources, with an average grade of 8.0% Cg containing 7.3 million tonnes.

A Preliminary Economic Assessment (PEA) on Graphite Creek supported a 40-year operation with a mineral processing plant capable of producing 60,000 tonnes of graphite concentrate (at 95% purity) per year.

Once in full production, Graphite One’s proposed graphite products manufacturing plant (location to be determined) — the second link in its proposed supply chain strategy — is expected to turn graphite concentrates into 41,850 tonnes of battery-grade coated spherical graphite and 13,500 tonnes of graphite powders per year.

This level of prospective production cannot simply be ignored, given it would cover the amount of US imports in most years.

The sites were identified across the country in Alaska, Alabama, Colorado, Montana, New York, Pennsylvania and Texas. Of those, only Graphite Creek contains more than 8 million tonnes of graphite, confirming Alaska Governor Mike Dunleavy’s previous statement that this “would be a superior domestic supply of this critical mineral.”

The next steps for Graphite Creek will include an updated resource model and new technical data for a preliminary feasibility study, anticipated to be released in April, which will incorporate results of the 2021 drill program.

More fundings and stakeholder engagements are also expected to be announced in advance of relevant permit approvals, allowing Graphite One to advance its plans and begin construction of project infrastructure (access roads, mills etc.). In 2021, the company secured a total of $12 million in financings, demonstrating the degree of investor interest in what is considered a “non-major” commodity.

But considering graphite’s crucial role in vehicle electrification and how much of the mineral — the only suitable anode material in EV batteries — will be needed in the future, it should be one of the main priorities of the global energy transition.

For a nation that aspires to lead the EV race, the US currently produces no graphite at all and has to rely 100% on foreign supply that is mostly dominated by its main rival China. This is a situation that needs changing, and fast.

The Graphite Creek deposit in Alaska, confirmed to be the biggest in the country, is poised to solve America’s graphite problem. The decision by project owner Graphite One to build a processing facility in Washington state — the downstream link to its 100% US-based advanced graphite supply chain strategy — completes an integral part of that equation.