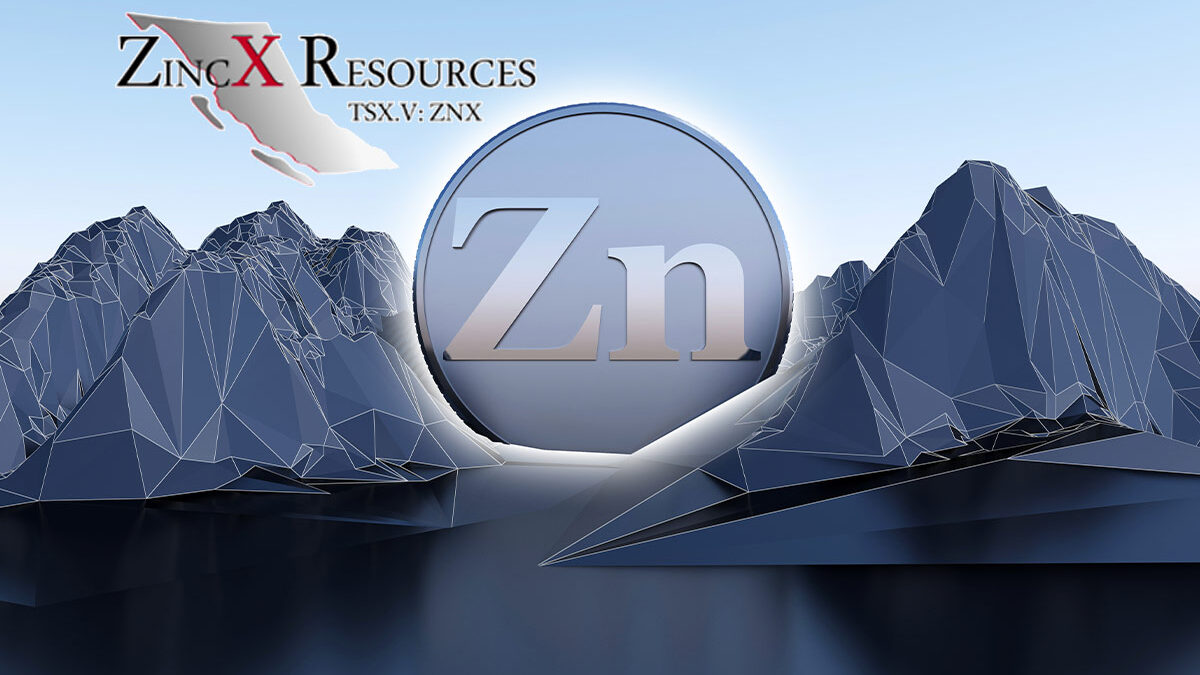 Following weeks of planning and preparation, ZincX Resources Corp. (TSXV: ZNX) this week announced that it has finally commenced the 2021 summer drill program on its flagship Akie property in BC.

This 2,000-metre diamond drilling program will focus on the Cardiac Creek deposit – ZincX’s primary asset – and build on the positive and robust results from the 2018 preliminary economic assessment (PEA).

The drill holes will target the northwest, central and southeast areas of the Cardiac Creek deposit’s high-grade core.

This drilling is designed to achieve two key objectives: 1) the acquisition of additional mineralized material for metallurgical testing; and 2) provide valuable infill information to be used in future assessments of the deposit.

The drill program is expected to be complete by the end of July.

This material will be used by ZincX to further investigate previous metallurgical testing of the mineralization, with a focus on enhancing the recoveries and boosting concentrate grades for both zinc and lead. The work will be done through a state-of-the-art metallurgical testing facility owned by Tongling Non-Ferrous Metals of China (Tongling), a key strategic shareholder of the company.

One of China’s largest smelting companies, Tongling is known in the mineral resource industry for its deep pockets and an eye for high-upside projects. In 2009, Tongling, together with China’s second-biggest railway builder, bought out TSX-listed miner Corriente Resources for $680 million, and later led the consortium that put the $1.4 billion Mirador copper project in Ecuador into production.

Additional drill targets and or exploration activity will be contemplated as budget and time constraints allow, said.

Peeyush Varshney, ZincX CEO, stated in a news release: “We have a focused program intended to provide additional metallurgical test material for state-of-the art testing at Tongling’s facility in China. This new data set will enhance the PEA testing conducted in 2018 and will continue to advance the Akie project as one of the premier undeveloped zinc resources in the world.”

ZincX’s 100% owned Akie project comprises 46 mineral claims covering a total area of 116 km2. The tenure package is located in northeastern BC within a geological district known as the Kechika Trough.

The Kechika Trough is the southernmost area of the regionally extensive Paleozoic Selwyn Basin, known to be one of the most prolific sedimentary basins in the world for the occurrence of SEDEX zinc-lead-silver and stratiform barite deposits. The Cirque deposit, currently held by Teck Resources (50%) and Korea Zinc Co. Ltd. (50%), is found in the same district.

Drilling on the Akie property since 2005 has directed ZincX to a significant body of baritic-zinc-lead SEDEX mineralization known as the Cardiac Creek deposit. This deposit is hosted by siliceous, carbonaceous, fine-grained clastic rocks of the Middle to Late Devonian Gunsteel Formation.

According to ZincX, the Cardiac Creek deposit is capable of matching, if not surpassing, the production of some of the largest zinc deposits found in the United States. Positive results from the 2018 PEA supports the company’s view.

The study envisages a conventional underground mine and concentrator operation with an average production rate of 4,000 tonnes per day. The mine will have an 18-year life with potential to extend the life-of-mine (LOM) through resource expansion at depth.

In conjunction with the PEA, ZincX also announced in 2018 the metallurgical test results for the mineralized material. At that time, the company fully expected metallurgical testing to be an iterative process, and this year’s work will continue to seek improvements to bolster the significant value of the Cardiac Creek deposit.

Zinc has seen its importance (and value) rise thanks to the metal’s fundamental role in clean energy applications. It can be used as anode material for batteries, making it a key part of energy storage systems as we move towards a world of renewables.

According to the International Zinc Association (IZA), annual demand for zinc in batteries was 600 tonnes in 2020, but that figure is projected to leap to 77,500 tonnes by 2030.

Demand from China, where zinc prices recently jumped to the highest in three years, remains strong as industrial activity ramps up in what is the world’s biggest consumer and #1 electric vehicle market.

The same can be said for the rest of the world, as nations begin to put the Covid-19 pandemic behind them and invest more in their civic infrastructure. The elevated demand is reflected in the metal’s price movements: Following last March’s low of $0.83/lb, spot zinc went on a run and was trading at nearly $1.40/lb earlier this month.

While a Fitch Solutions report last year had pointed to an annual growth rate of 1.1% in global zinc consumption for the next decade, that would be enough to sustain a market deficit given the dwindling supply.

A study published by the International Lead and Zinc Study Group (ILZSG) showed that the global refined zinc market registered a supply deficit of 480,000 tonnes for the first ten months of 2020. A combination of soaring demand and recent mine shutdowns could cut zinc supply by another 15%, the group warned.

On the flip side, there have been few discoveries or big zinc projects planned, setting the zinc market up for a supply shortage.

Beginning in 2021, demand growth is already expected to outpace any increase in production, says Russian copper and zinc producer UGMK.

UGMK estimates world zinc production this year to rise 2.9% to 14Mt as Chinese plants continue to ramp up output in the face of solid domestic demand, but its demand growth forecast of 4.2% means the current global zinc surplus is likely to shrink in 2021.

The company also says global zinc ore extraction at existing mines will reach a peak in 2024, just exceeding the 14Mt mark. Extraction is likely to enter a stage of decline thereafter as ore quality deteriorates and certain reserve fields come to the end of their lives.

Furthermore, projects aimed at resource base replenishments will not suffice to meet the growing demand for zinc ore, according to UGMK. Over the 2025-2030 period, the market “may well be facing a deficit in zinc concentrate production,” it adds.

Thus, it cannot be stressed enough just how crucial a large discovery like Cardiac Creek is to the future zinc supply chain.

Presently one of the critical minerals highlighted by both the Canadian and US governments, zinc will surely be near the top of policymakers’ agendas when it comes to resource security, and this starts with support for domestic projects.

According to the US Geological Survey, zinc is mined in over 50 countries worldwide, but the vast majority of global supply comes from China, Australia and Peru.

Canada, too, has historically been near the top of the zinc producers list. The abundance of SEDEX Zn-Pb-Ag deposits, the most prevalent source of zinc, makes places like BC’s Kechika Trough region an ideal ground for the nation’s next mine.

The BC Geological Survey has identified as many as 4,510 zinc occurrences within the province, among which ZincX’s property was specifically singled out.

So far, we know that the Akie property has the combination size, grade, location and exploration upside to go head-to-head with some of the most exciting base metals discoveries in the world.

When compared with a high-grade find like Arizona Mining’s Taylor sulfide deposit, which later prompted a buyout from Australia’s South32 at a significant premium, the Cardiac Creek deposit stacks up very well and contains an even higher zinc grade.

The upcoming 2,000-metre program will go further in boosting the zinc concentrate grades and elevating the Akie project’s potential production value. The fact that Tongling, one of China’s largest smelting companies, has been heavily invested in the project for more than a decade says a lot.

Speaking of investment, ZincX closed in April a private placement for proceeds of $1.5 million, which would be used for exploration on Akie and other projects. Certain affiliates of the Sprott Group of Companies were involved in the financing, indicating strong industry interest in this zinc investment opportunity.

Richard does not own shares of ZincX Resources Corp. (TSX.V:ZNX). ZNX is a paid advertiser on his site aheadoftheherd.com