Where will the US get its lithium from?

The lithium bears took another bullet to the backside on Tuesday with news of setbacks from two mines that are on the runway to production.

Bears have been arguing that the market for lithium will be hit by an onslaught of supply from new producers. Read our Why the lithium bears are wrong.

It is estimated to contain 7 million tonnes of lithium carbonate equivalent, with 91% of the resource classified as measured and indicated. 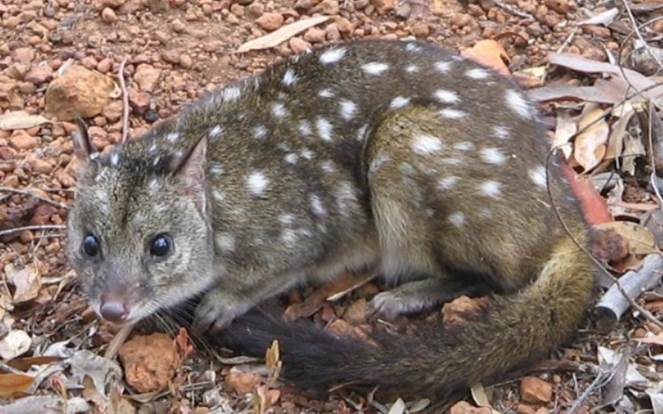 Building the mine would mean clearing 392 hectares of native vegetation in the Great Western Woodlands – which is the largest remaining temperate woodland on Earth at a staggering 16 million ha, larger than England and Wales.

The PER report mentioning the rare species is open for comment until March 11. Covenant Lithium says it will take steps to mitigate the impact on threatened flora or fauna, without going into detail. The A$1 billion project is expected to enter production next year.

The roadblock is the second that Kidman and SQM have encountered in recent months. The companies almost lost their right to develop the 284-km land holding this past September, when the Western Australia Department of Mines argued the joint venture shouldn’t get an exemption that requires mine leaseholders to spend on their properties in order to keep up their leases. The JV countered it should be exempt because it only found lithium after the lease period was up. The issue was settled in December.

Meanwhile in Canada, Nemaska Lithium’s stock price lost 35% after the company admitted it needs more funding to progress the Whabouchi lithium mine and Shawinigan electrochemical plant in Quebec.

As in, $375 million more funding. The mine developer had arranged $1.1 billion last year, which also saw Japan’s Softbank Vision Fund purchase a 9.9% stake in NemaskaLithium.

According to Nemaska, the nearly $400 million shortfall is “largely related to installation and indirect costs” based on a revised budget. The company expects to keep to its target date of October 2019 for completion of mine construction, though without a funding source yet identified, it seems that deadline is in serious doubt.

The future spodumene mine has 37 million tonnes of proven and probable lithium reserves, combining open pit and underground.

So, with two significant lithium mines out of the picture until they can resolve environmental and financing problems, it begs the question: Where will all the lithium come from that needs to be put into electric vehicle batteries? Not to mention lithium’s other uses in lithium-ion batteries for consumer electronics and power tools?

Let’s take a run through the numbers.

According to the latest data from the USGS (United States Geological Survey), Australia cranked out 18,700 tonnes of lithium in 2017, with Chile coming close at 14,100 tonnes. Argentina was a distant third at 5,500 tonnes. The global market for lithium carbonate equivalent (LCE), as the mined product is measured, was 284,839 tonnes last year.

Up until a few years ago there wasn’t much buyers’ competition for lithium, since it was a relatively small market that supplied lithium ion batteries for electronics and power tools, mostly. Since the electric vehicle began to penetrate the internal combustion engine (ICE) car market, however, lithium has become THE commodity to secure.

But they’re far from alone. All six lithium mines in Australia already know who their current and future customers will be. For a rundown of these agreements read our Aussie lithium miners tapped out; who else is there?

How about South American lithium brines?

The “lithium triangle” straddling Bolivia, Chile and Argentina contains three-quarters of the world’s lithium reserves. Chile is currently the second largest producer of the main ingredient of lithium-ion batteries installed in electric vehicles, behind only Australia, home to the Greenbushes hard rock lithium and tantalum mine owned by Talison Lithium. Argentina mines just under half of Chile’s lithium volume.

SQM and US-based Albemarle share the same salar (brine lithium deposit), the sprawling Salar de Atacama. The number one and two lithium giants for years have blamed each other for over-exploiting their water rights in the Atacama, where they operate just 12 miles apart.

The Chilean government, fearing a water shortage, has slapped restrictions on water use in the salar.

We know that higher production of Chilean lithium won’t be coming from Albemarle, which also runs the only lithium mine in the United States, Silver Peak in Nevada. In October, the Chilean government said Albemarle failed to live up to a 2016 contract. The country’s nuclear regulator then refused to increase the company’s lithium production quota. Adding insult to injury, Chile’s environmental authority turned down a license it needed to build a US$584 million processing plant – effectively hamstringing the company’s expansion plans.

China doesn’t produce much lithium, about 3,000 tonnes compared to Australia’s 18,700 and Chile’s 14,100; the United States has just one lithium brine operation, the Silver Peak Mine in Nevada, but it’s been operating since the 1960s and its grades are said to be declining. 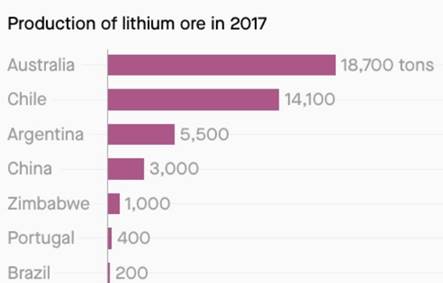 Given what we now know about the restricted amount of lithium that can be produced globally, plus the latest setbacks to the future Mt. Holland and Whabouchi mines, how on Earth will the US and Canada obtain enough lithium for the electric-vehicle storm of demand that is brewing?

Battery makers and automobile manufacturers are scrambling to ensure they have enough supply of the silvery-white metal.

In North America, electric vehicles are still a niche market, with Teslas currently too expensive for the average consumer to afford, and a lack of charging infrastructure failing to provide an incentive for consumers to switch. Globally it’s a different story.

Prognosticating until 2040, Bloomberg states that there will be a 54-fold increase in EVs between 2017 and 2040, when global light-duty EV sales are expected to hit 60 million; there are currently about 4 million EVs in the world.

A Reuters analysis shows that automakers are planning on spending a combined $300 billion on electrification in the next decade.

Volkswagen has said it will invest $800 million to construct a new electric vehicle – likely an SUV – at its plant in Chattanooga, Tennessee, starting in 2022.

GM is planning to sell its first EV this year, a 2020 Cadillac SUV, built in Spring Hill, Tennessee, in a move designed to challenge Tesla.

Meanwhile more battery factories are being built, driven by the demand for lithium ion batteries which is forecast to grow at a CAGR of over 13% by 2023.

There are 68 lithium-ion battery mega-factories already in the planning or construction stage.

In December Korean company SK Innovation said it will invest US$1.6 billion in the first electric vehicle battery plant in the United States, and is considering plowing an additional $5 billion into the project, planned for Jackson County, Georgia.

For more about SK Innovation’s plans in the southeastern United States, and the beginnings of a mine to EV supply chain, read our SK Innovation mulling another $5B for America’s first EV battery plant and Volkswagen to drag Tesla, making EVs in Tennessee.

All of this explosive growth in battery plants and EVs will means an unprecedented demand for the metals that go into them. This includes lithium cobalt, rare earths, graphite, nickel and copper. Lithium for example is expected to see a 29X increase in demand according to Bloomberg.

Junior miners that have projects anywhere close to production between now and 2040 are bound to do well in this environment.

The US depends on imports for greater than 70% of its lithium. To lower that number will require the building of a mine to battery to EV supply chain in North America.

The old adage, to find a mine, look around a mine, applies here. As mentioned Albemarle’s Silver Peak mine is the only producing lithium mine in the US, but there are other properties around Silver Peak that could become the next big producer.

For the last year and a half we have been reporting on the progress of Cypress Development Corp. (TSX-V:CYP), our one and only lithium explorer.

The upside is massive: Cypress has more than enough to supply America’s current lithium needs, and then some.

A company like Cypress, in the United States in an established jurisdiction, has less black swans to worry about than companies operating in Chile or Argentina, where the governments are either taxing miners or making it difficult for them to get water permits and to increase production quotas.

Or Australia, where all the current production is from spodumene mines.

Spodumene prices have softened quite a bit due to lithium supply coming from new hard rock lithium mines, which extract the lithium from spodumene-containing pegamiterocks.

According to Benchmark Intelligence, a good tracker of the lithium industry, combined output at four new lithium operations totaled over 175,000 tonnes, with production still climbing. Spodumene that fetched around $900 a tonne last year is down as low as $620/t, according to Benchmark.

Cypress has neither a brine operation nor a spodumene mine. Its flow sheet will produce lithium from claystones. Unlike Silver Peak next door, Cypress won’t ship its lithium carbonate or hydroxide to China for processing; the electric-battery fuel will be mined and processed in the USA.

Put it all together and it just makes sense. Mine and process lithium in the US, along with other by-products, ink offtake agreements with battery manufacturers (SK Innovation is already committed to establishing a presence in Georgia), and sell to automakers like Volkswagen and existing US plants in the region that will eventually convert some or all of their production lines to EVs. We can’t stop the inevitable electrification of the transportation industry so why not become a leader?

Cypress is poised to play its part as the next US lithium miner and has just announced the company that will complete its prefeasibility study (PFS).

“Ausenco’s extensive experience in plant design and construction of lithium projects will be a valuable asset as we move the Clayton Valley Lithium Project forward through our PFS,” Cypress CEO Bill Willoughby said in a press release.

My top lithium pick, the only lithium stock I own, is Cypress.