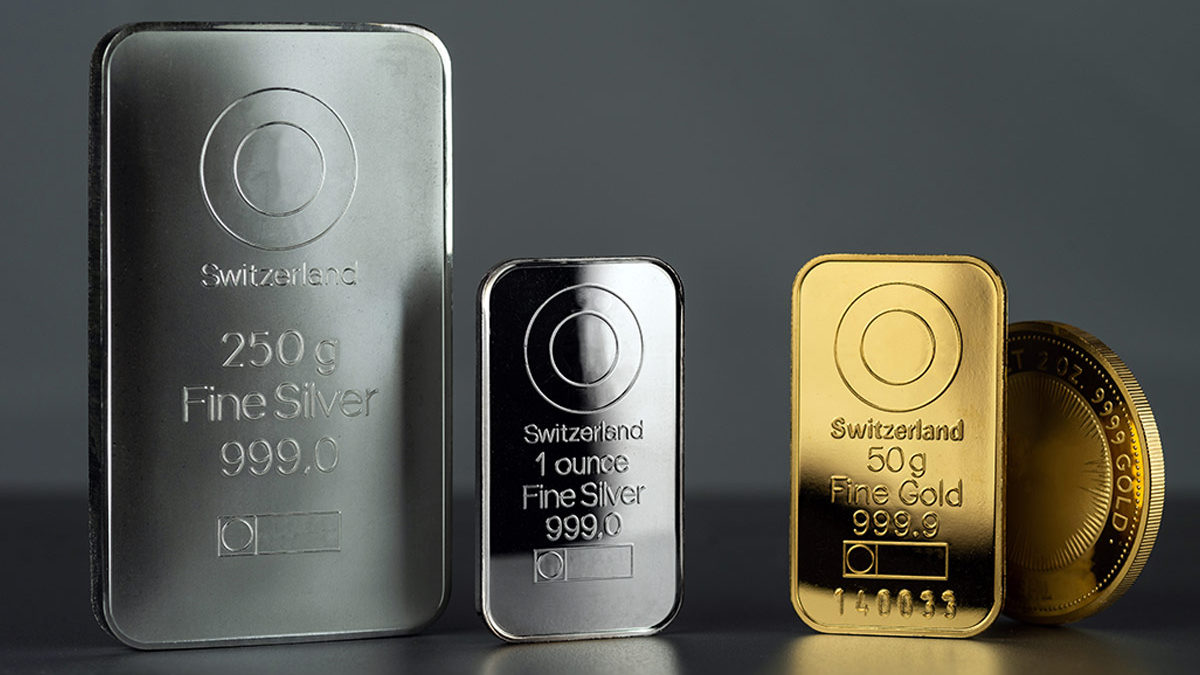 While 2020 marked the year of a global pandemic and economic turbulence, there was no shortage of bright spots when it came to commodity investments. Case in point: gold and silver.

In the midst of an ailing global economy, these precious metals rose to the ranks of the top performing commodities of the year, boosted by the growing uncertainty and massive stimulus measures unleashed around the world.

Gold prices shot up rapidly at the onset of lockdowns in March, then reaching a record high in August. And despite retreating from that level during the subsequent months, gold still gained 23.5% year-to-date, which would be its biggest in a decade.

Likewise, silver has also shot up by nearly 47% year-to-date as inflows trickled down from gold investments.

Will these precious metals carry their momentum as we head into 2021? As of now, it appears that gold and silver have another rally in store given a multitude of factors that could play into investors’ hands: a weakening dollar, massive money printing, loose monetary policy, lower yields and expectations of inflation.

As our previous analysis has mentioned, gold prices and the US dollar generally move in opposite directions.

For the moment, it looks as though the only direction that the greenback is headed is down in the medium to long term thanks to the US Federal Reserve’s policy changes to accommodate lower interest rates and slightly higher inflation.

Many believe that the dollar, which already fell to a 2.5-year low earlier in the year, will continue to face downward pressure in 2021 regardless of how the Covid situation unfolds.

This is what Marc Chandler, Bannockburn Global Forex chief market strategist, had to say about an eventual decline for greenback:

“The dollar was sought not only as a safe haven, but the unwinding of structured trades that used the dollar to fund the purchase of higher-yielding or more volatile assets (think emerging markets, for example) also lifted the dollar broadly.”

“Now that the emergency demand for dollars has subsided, the greenback’s downtrend can resume,” Chandler said, adding that this was only the dollar’s third significant rally since the end of Bretton Woods, a system previously designed to fix the dollar to gold at a parity price of $35/oz.

Although TD Securities strategists pointed out that the US dollar could still benefit from surging coronavirus cases, potential new lockdowns and a pause in the economic recovery this winter, that would only apply in the short term. Beyond Q1 2021, the outlook remains bearish.

“We expect the USD secular downtrend to persist, reflecting vaccines and eventual behavioral immunity that reinvigorates the reflation trade,” they said. “With the USD trading at about a 10% premium to its longer-term fundamentals, we look for the dollar to depreciate steadily over the course of next year.”

That is music to the ears of gold – and to an extent silver – investors, as precious metals and the US currency are both widely considered as “safe haven” assets during times of economic turmoil. Using simple economics terms, an asset becomes much more appealing when its substitute (in this case, the US dollar) is losing value.

Some analysts, including Andrew Hunter of Capital Economics, even foresee the dollar’s depreciation to last the next couple of years, pointing to factors such as falling real interest rates and an improving risk appetite, as evident from the equities market rebound.

For investors, the Fed’s new stance has become a game-changer in terms of driving down the US dollar and supporting non-interest-bearing assets like gold. This year, we saw real yield on the 10-year Treasury sink to negative territory and hit a new record low.

This elevated the risk-on sentiment among investors has led to a flow of capital out of the US and into emerging markets, putting more strain on the greenback and burnishing gold’s appeal.

According to OANDA senior market analyst Edward Moya, the second half of the year is when the outlook will improve for emerging markets. This will provide “further acceleration” of many carry trades that use the dollar as the funding currency, and it will have a snowball effect.

The dollar will continue to slide on the belief that the Fed will be the last to tighten and emerging markets will raise rates sooner, Moya added.

A loose monetary policy isn’t the only factor playing into the dollar’s bear market. It’s widely accepted that money printing, and consequently inflation, would also give a massive boost to commodities like gold and silver.

Bullion is traditionally seen as a hedge against rising price levels that naturally follow government stimulus measures, and in 2020, those measures reached unprecedented levels due to the pandemic. This was the primary reason for gold reaching its record high back in August.

And now with President Donald Trump’s signing of the $2.3 trillion coronavirus relief bill over the weekend, the general expectations (or fears) of inflation are all but confirmed.

In November, analysts at Goldman Sachs already said they expect gold to “break out of its narrow trading range and soar through 2021” as the coronavirus recession gives way to higher inflation, setting a price target of $2,300 an ounce.

While the Fed has indicated it will allow for a temporary overshoot of its 2% inflation target, Goldman’s economics team sees inflation rising to 3% before weakening through to year-end. Inflows into gold will likely rise as concerns of long-term inflation intensify.

Expectations for a weaker dollar also support a disconnect between gold prices and long-term rates, the Goldman analysts added.

As many have pointed out, with an existing national debt of nearly $27 trillion, such a stimulus deal is not healthy for the US balance sheet, but it could be for gold (and silver).

As history has shown, a nation’s debt-to-GDP ratio does have a correlation with gold prices because it serves as an indicator of the economy. As mentioned, bullion is regarded as a “haven” asset, and therefore it tends to perform well during periods of downturn.

According to the World Bank, should a nation’s debt-to-GDP ratio exceed 77% for an extended period of time, it would likely experience slow economic growth. As we speak, the US is set to enter the new year with a ratio of above 100%, exceeding this “tipping point” and equalling the size of its entire economy.

That ratio could get even larger once President-elect Joe Biden, who has been pushing for further stimulus spending, takes office in 2021.

“Biden will be primarily focused on creating work for the 10 million people who lost their jobs due to the pandemic and are yet to find employment. That means we are likely to see another substantial fiscal stimulus focused on infrastructure and energy,” said ING chief international economist James Knightley.

Once again, the promise of money printing and higher national debt could equal inflation and, more crucially, a de-valuing of the dollar.

“A large current account and budget deficit do not always translate into a depreciating dollar, but this time it likely will. The US is not expected to offer the interest rate or growth differentials that attract the world’s savings at current prices,” Bannockburn’s Chandler explained.

Despite a stellar run for precious metals in 2020, we may see even more gains in the coming year as analysts are predicting further support for safe havens against a backdrop of a weaker dollar and rising inflation.

In their recent 2021 outlook report, analysts at JP Morgan wrote:

“We expect the US dollar to weaken modestly as the global economy continues to heal. Investors should consider diversifying their portfolios to gain exposure to assets denominated in other currencies.”

This means gold is likely to stay on an upward trajectory as investors continue to bet on further stimulus measures taken by governments to resuscitate their respective economies.  As mentioned by Goldman Sachs analysts earlier, the metal is set to follow the same path next year.

But gold won’t be the only metal to shine; there’s also silver — known as “leveraged gold” — which analysts expect to break out of gold’s shadow as bullish sentiments from monetary policies and industrial demand spill over.

Not only does the metal provide investors with even more torque than gold given the relatively smaller market, but it has also become an appealing play for those investing in green energy. Silver is a critical component in photovoltaic solar panels.

According to a report by research firm CRU, solar power generation is expected to nearly double by 2025, and the global solar industry is expected to use on average 81 million ounces of silver through 2030.

Mike McGlone, senior commodity strategist at Bloomberg Intelligence, said in a recent report that this metal may “follow its yellow peer” and set a record high of its own in the new year. Bank of America went even further, stating it expects silver prices to outshine gold in 2021.

While some are not ruling out a move back towards $50 an ounce, last seen nearly a decade ago, many analysts, including those at Metals Focus, are looking at a gradual increase towards $30 per ounce. The most bullish forecast came from CIBC, with the bank expecting prices to average around $32 an ounce next year.

Still, a near-term pullback in precious metals prices is not out of the realm of possibilities. As we’ve seen over recent weeks, the promise of Covid vaccines (approvals, rollouts) has poured cold water on gold investors.

However, looking at the bigger picture, the global economy remains fragile, and any recovery will be gradual in the most optimistic scenario.

And now with the mutant Covid strain finding its way into North America, the risk sentiment could only get higher as we head into 2021. This, combined with a combination of a weakening dollar, lower yields and rising inflation expectations, should keep the upward momentum of gold and silver going.