When looking for an investment your method should involve a thematic approach, studying global long term dominant trends. Then study the different sectors in order to select the one that is going to match up well with what you think is the soon to be overriding theme. This is top down investing. 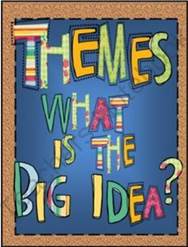 The second part of your search for the dominant investment is a bottom up approach. This is where you find individual companies in the specific sector you have chosen to invest in.

So what is that investable theme I mentioned earlier?

Today we are at the start of a major, at least decade long transition in how energy is produced and stored. A global energy transition, from the burning of fossil fuels for energy and transportation, to using renewable non-polluting solar and wind energy is underway.

So let’s ask ourselves a few questions. Specifically, what are the energy metals that are going to make the much needed increased adoption of renewable energy possible? Could one of these critical energy metals stand head and shoulders above the rest?

Solar and Wind have a problem

Having the flexibility of being able to store electricity, and using it when the grid needs it, has always been one of the biggest challenges for renewable power. 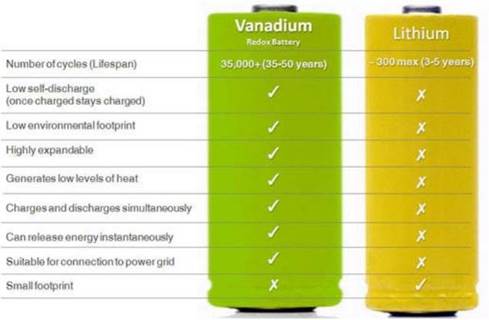 Batteries are one way of achieving the needed flexibility. But the batteries used need to last for more than the 300 or 400 charge/discharge cycles of lithium-ion batteries – replacing your batteries every few years is not cost efficient. So what’s the answer?

“We think there’s a revolution coming in vanadium redox flow batteries. …With a vanadium redox flow battery (VRB), you can put solar power and wind power into the battery, and you can put excess grid power into the battery at night.” Robert Friedland, 2017 Northern Miner’s Lifetime Achievement Awardee, in a Northern Miner interview 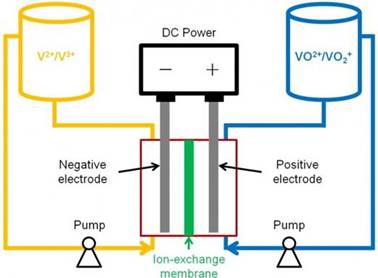 Vanadium One’s Mt. Sorcier property claims are located 18 km east of the city of Chibougamau in the eastern part of the Abitibi Region, Québec, Canada.

Between 1970 and 1976 a large exploration program was initiated on the Mt Sorcier property to confirm the potential of a significant iron, titanium and vanadium deposit.

The drilling covered two magnetite/titanium/vanadium deposits, the “South Zone” and the “North Zone”.

That’s a total, in situ historical resource of:

There are three demand growth drivers for vanadium:

Your author believes the North American grid energy storage market is on its way to developing into a multi-billion dollar industry within a few years.

America currently imports almost every pound of vanadium it uses, and almost all of it comes from China, Russia and South Africa.

I’ve got energy storage, security of supply and Vanadium One Energy Corp. (CSE:VONE) on my radar screen. What’s on your screen?

Richard owns shares of Vanadium One Energy Corp. (CSE:VONE, FSE:9VR1) and they are an advertiser on his site, aheadoftheherd.com.