Universal Copper batting for a double in Colombia

Base metals markets have had a rough ride of late, getting tossed around by negative headlines surrounding the trade negotiations between China and the US.

For awhile it looked like the two superpowers were about to ink a deal that would call a truce to the trade war that has dragged on for nearly a year. This week however China reportedly backtracked on commitments made during talks, prompting the United States to impose a higher tariff on $200 billion worth of Chinese imports, slated to take effect on Friday.

Prices will rise and fall, but it’s long-term supply and demand that copper miners and explorers look to, as far as planning expansions and development properties. Here the market is extremely bullish on copper.

As we wrote in The coming copper crunch, copper mine production is expected to increase for the next year or so, on the back of copper mines developed during the 2012-16 mining downturn, then drop off significantly. By 2035, without major new mines up and running to replace the ore that is being depleted from existing copper mines, we are looking at a 15-million-tonne supply deficit by 2035. Four to six million tonnes of added capacity are needed by 2025.

That’s the supply side of the equation which, if you’re a copper miner, is pretty flat, at least until around 2021. After that, analysts are predicting that mined supply of the red metal will not be able to keep up with demand. Demand for copper is growing and will continue to keep pushing higher, due to the continuing growth in electrical vehicles (EVs use four times as much copper as gas-powered vehicles), plus all of copper’s uses in infrastructure build-outs that are being planned, such as China’s Belt and Road Initiative and the $2 trillion announced last week to tackle America’s infrastructure deficit.

Copper’s indispensability in construction, telecommunications and transportation means that prices are insulated from a major downturn.

Morgan Stanley is projecting a 14% upside for copper in 2019, and upgraded the shares of major US copper miner Freeport McMoran, while Goldman upgraded Rio Tinto, which has five copper mines including Bingham Canyon in Utah, Oyu Tolgoi in Mongolia, and the Resolution copper mine in Arizona it is developing with BHP.

Clearly it’s a good time to be a copper miner or explorer, since rising copper prices are bound to influence the stocks of majors and juniors.

Enter Universal Copper (TSX-V:UNV), a Canadian mineral exploration company with two copper projects, one in British Columbia and the other in Colombia.

The name of the first project, Gachala, may be familiar to Ahead of the Herd readers. It’s the same project that Max Resource Corp (TSX-V:MXR) recently spun off to Tasca Resources Ltd. Max is the company with a conglomerate gold project in the Choco region of Colombia; conglomerated free gold, at surface, is potentially spread across 1,000 kms, as shown in an LWIR (long wave infrared) satellite survey.

Earlier this year, the owner of Gachala, Max Resource Corp, announced it will hive off a portion of Gachala to Tasca Resources Ltd. (TSX-V:TAC). Under the terms of a non-binding letter of intent (LOI), Tasca agreed to issue Max 6 million shares, in exchange for the North Block of the Gachala Copper Project, which contains seven mineral license applications comprising 13,280 hectares.

Two of the license applications are contiguous to an area where historical exploration returned rock sample values ranging from 1.6% to 7.82% copper. Rio Tinto did stream sampling and limited rock sampling in 1999.

Tasca also got a 4-km cobalt anomaly that has been identified by the Colombian Geological Survey. Cobalt – a key ingredient in electrical vehicle batteries – if often found within sedimentary copper deposits.

On Feb. 26 Tasca announced it was changing its name to Universal Copper, and a two for one share consolidation (ie. the number of outstanding shares were cut in half).

Max will retain three-quarters of the Gachala Copper Project (40,258 ha) as Universal Copper begins exploring the highly prospective North Block. The deal for UNV to acquire the North Block was finalized on April 24.

Perhaps the most exciting thing about Gachala, other than the potential for high-grade copper, is the geology. Those who studied earth science may recall that millions of years ago, the continents were stuck together in one giant super-continent known as Pangea. Plate tectonics gradually moved the continents apart. At the time, the east coast of South America fit like a piece of a jigsaw puzzle into the underside of the west side of Africa that is shaped like a hammer.

Geologists have long theorized that the mineralization of eastern South America is similar to western Africa. The theory makes sense if one considers there are several examples of fossils that were found on both continents but nowhere else, suggesting they were at one time joined.

The Geological Society reveals that, when the geology of eastern South America and West Africa was mapped, ancient rock outcrops over 2 billion years old continued from one continent to another. 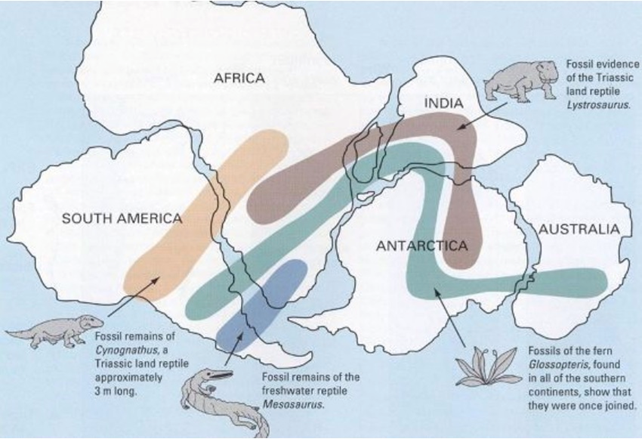 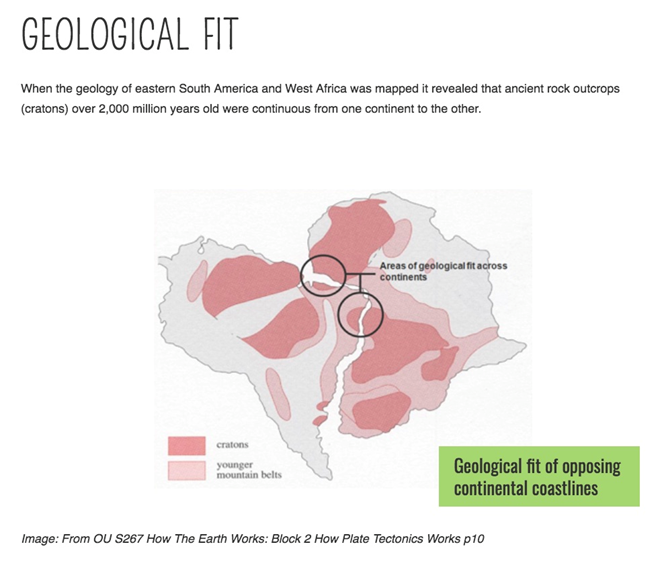 In fact, the Gachala Project underlies a 250-km by 120-km belt of Devonian Cretaceous rocks in a geological setting believed to be analogous to the Zambian copper belt. This belt hosts Zambia’s “Big Four” copper mines – Barrick Lumwana, FQM Kansanshi, Mopani and KCM (Konkola Copper Mines) – which account for around 80% of Zambia’s annual copper production.

“The Gachala project is a very attractive type of deposit,” Clive told Ahead of the Herd in a recent interview. “It’s a flat-lying, sedimentary oxide deposit. These types of deposits are the least expensive to mine. Ultimately, it’s a potential SXEW (solvent extraction, electrowinning) operation.”

Universal hasn’t yet decided on its 2019 work program at Gachala, but Massey expects exploration to include grid soil and stream sampling.

The company has already begun work on the project; this week it released the results of an LWIR survey conducted over the North Block. The best spectral match from the high-tech satellite survey suggests the main Devonian-Permian/Cretaceous contact is anomalous along much of its over-40 km strike length within the North Block applications, supporting the company’s belief that this contact area is highly prospective for sedimentary copper deposits.

“The North Block LWIR results are extremely exciting,” Clive Massey stated in a news release, Wednesday. “The strike length of the chalcocite LWIR anomaly is impressive and we plan to mobilize field crews to investigate the geological merit of the anomaly for sedimentary copper.”

Universal Copper retained the Poplar project it had while the company was named Tasca Resources. As Tasca, attention was divided between Poplar, located southwest of Houston, British Columbia, and Princeton, a gold property in southern BC near the Copper Mountain mine. At the end of 2018 Tasca optioned Princeton off, leaving the re-named firm to focus on Poplar and Gachala.

Originally discovered in 1974, Poplar has been heavily explored by a number of companies including BHP. Over 30,000 meters have been drilled, in close to 300 holes. A number of the holes bottomed in mineralization; the potential deposit as delineated so far is open at depth and along strike at surface.

“We believe there’s an excellent opportunity to expand the size of the project,” Massey said in an interview last year, adding the property is also attractive due to its proximity to infrastructure including under 40 km from a railhead, and it is bisected by power lines.

Tasca Resources under Massey’s leadership spent about $475,000 last year exploring Poplar; his team showed that the resource extends another 150 meters at depth. Massey told me Universal hasn’t yet got an idea of scale, but the company believes that Poplar’s resource can be increased.

He said the plan is to execute another round of drilling starting in June, budgeted at approximately $375,000.

I’m bullish on copper and copper explorers right now, despite some current weakness in base metals. In mining you gotta play the long game, and as a resource analyst, I know that in the long term, copper supply is in trouble.

As we wrote about in We are the lemmings, every year we are depleting our resources faster and faster. We also know that coming deficits in copper and zinc, to name two infrastructure metals, are about to meet a tsunami of demand, as China’s Belt and Road Initiative and US/ global infrastructure spends seriously ramp up. Where are they going to find the metal? Who knows, but we are sure it’s going to become dearer.

The best leverage against a rising copper price are high-quality copper juniors, like Universal Copper. I like that Universal doesn’t keep all their eggs in one basket, with two good projects in different jurisdictions – both of which are amenable to mining. The Poplar project is well-explored and has a resource estimate. It’s already achieved the first two steps of the derisking process every junior must fulfill. It has exploration potential at depth and along strike, to grow the resource and take it to the next step: a PEA.

I particularly like Gachala because of the geology’s similarity to the gigantic Zambian copper belt. These are monstrous mines in Zambia, and if Gachala has something close to their mineralization, we could be looking at a BIG copper deposit. One other point about Gachala is important: the property was discovered by Dave Forest while working for Bill Hayden.

Hayden is a veteran geologist with 38 years in mining including 20 years working in Colombia. He led the discovery of Ivanhoe’s (TSX: IVN) Platreef in South Africa – the world’s lowest-cost platinum mine – and also convinced Robert Friedland, Ivanhoe’s other founder and its current chairman, to pivot towards the Democratic Republic of the Congo, where Ivanhoe made the Kamala discovery, one of the richest copper finds on the planet (1.7 billion tonnes at 2.5% Cu).

Hayden seems to have the Midas touch. If he has his fingerprints on Gachala, investors should keep their eyes on it. I certainly am.

For all of these reasons, I have UNV on my radar screen.