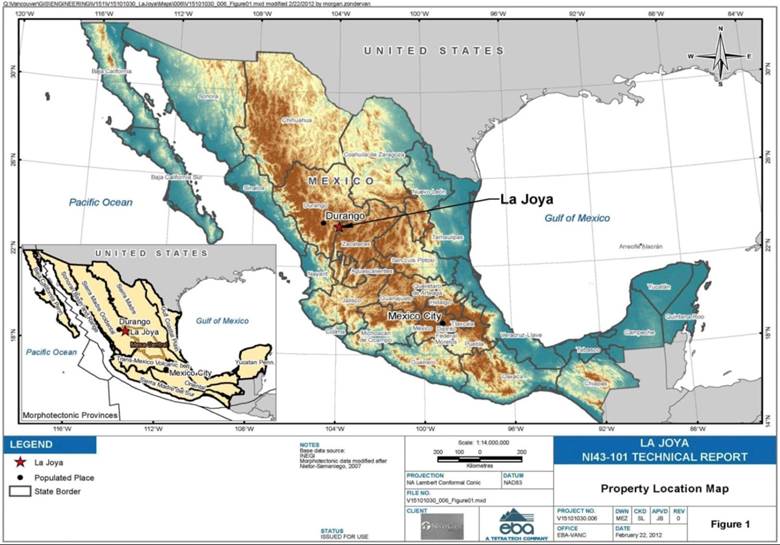 In 2012, SilverCrest Minerals was doing well.

The Mexico-focused company was achieving steady production at its Santa Elena silver mine in the state of Sonora, targeting 2.2 million ounces of silver-equivalent that year.

A $26.2-million cash position at the end of 2012 encouraged the company to expand Santa Elena and explore a potential large, bulk-tonnage discovery at its La Joya silver-copper-gold property in southeast Durango State.

In hindsight it’s not abundantly clear that FR saw the value in La Joya. The project wasn’t even mentioned in the July 27, 2015 news release announcing the friendly takeover.

Fast forward another five years, and we have Silver Dollar Resources (CSE:SLV, OTC:SIDRF) finalizing a letter of intent (LOI) with First Majestic Silver to acquire up to a 100% interest in La Joya.

To acquire an 80% interest in the project, Silver Dollar will pay First Majestic $1.3 million in cash over four years, issue 19.9% of its shares, incur $1 million in exploration expenditures within five years, and grant FR a 2% NSR royalty. If Silver Dollar spends the million dollars within three years, First Majestic will waive nearly half, or $600,000, of the cash option payments.

Now that the option agreement is finalized, Silver Dollar has been going through historical exploration data at La Joya, including records of a Phase 3 drilling program conducted by SilverCrest between February 27 and March 29, 2014. What it has found is breathtaking.

These are very high silver and copper grades in my opinion the extreme high grade nature of the vein makes it a mineable width.

Other highlights of the in-fill drill program included:

According to Silver Dollar’s CEO, Mike Romanik, the 750m-wide gap between the Main Mineralized Trend and the Santo Nino deposit will be a priority at La Joya because “It demonstrates the tremendous potential for resource expansion.”
Silver Dollar summarizes SilverCrest’s 2014 results in an Aug. 25, 2020 news release:

The Phase 3 drilling program targeted infill drilling along the Main Mineralized Trend (Figure 2) and was successful in confirming significant mineralization in 15 of 17 holes (two holes were drilled for geotechnical logging and no assay records have been located). The results provide Silver Dollar with further confidence in the extent of the mineralized system and verify several key features of the polymetallic Ag-Cu-Au deposit identified in the National Instrument (NI) 43-101 Preliminary Economic Assessment Technical Report (the “PEA”), with Effective Date of October 21, 2013, and Released Date of December 5, 2013 (refer to SEDAR) 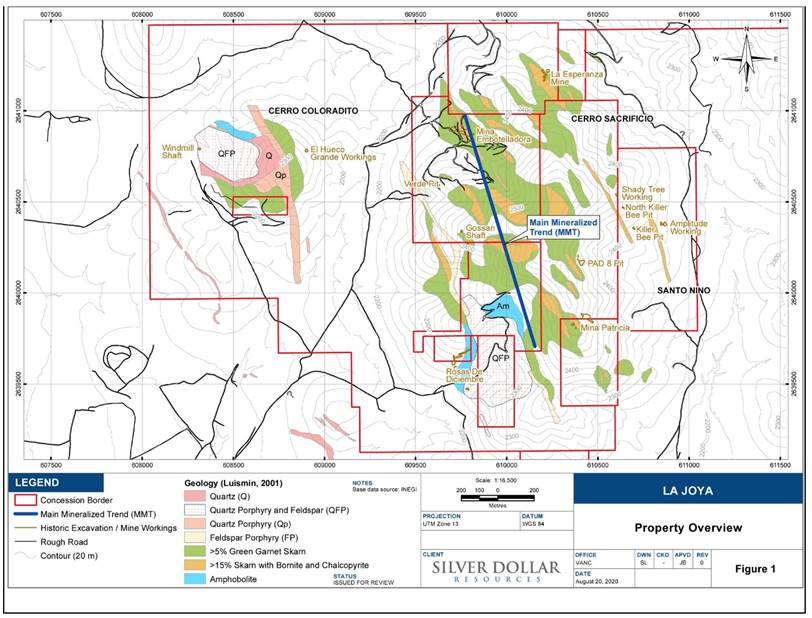 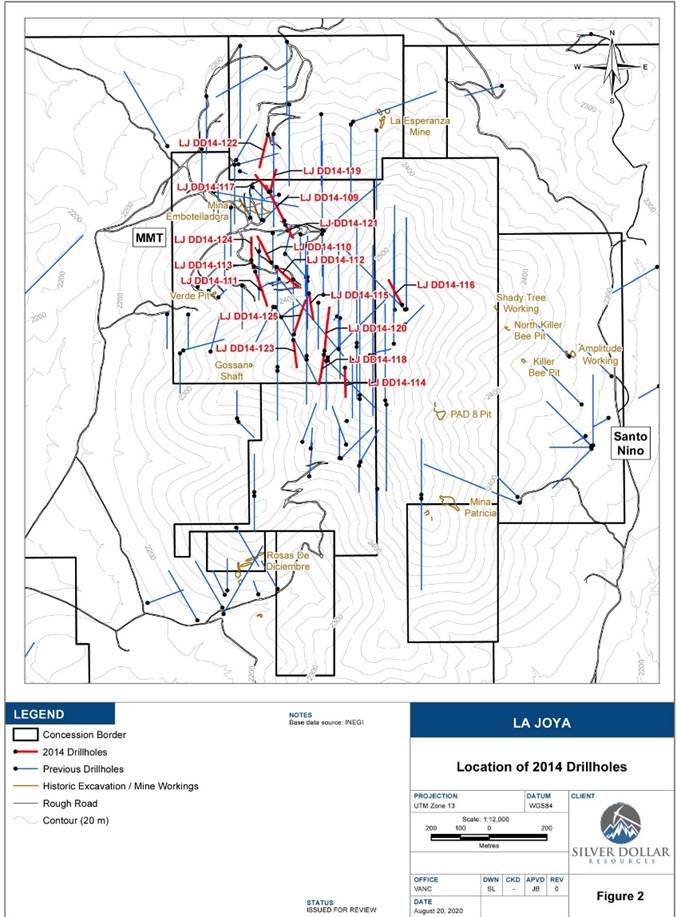 It’s interesting to note that the 17-hole program was done with the goal of completing an updated resource estimate during the first half of 2015. The new resource estimate was never finished, due to First Majestic’s takeover of SilverCrest in October, 2015.

Instead, Silver Dollar is basing its exploration going forward on the 2013 resource estimate, which outlined 159.7 million inferred silver-equivalent ounces at a 30 grams per tonne cut-off. Doubling the cut-off grade to 60 g/t yields a more conservative 92.9 million AgEQ ozs.

The estimate took into consideration 89 historical holes totaling just over 30,000m. Mining would be by open-pit methods.

La Joya’s unrealized potential is evident from news about the property in 2012, when SilverCrest saw it as an integral part of growing its resource base.

The project hosts the La Joya mineralized trend as well as the Santo Nino and Coloradito deposits. The Ag-Cu-Au property consists of 15 mineral concessions totaling 4,646 hectares.

A phase 2 drill program further tested the phase 1 area. In September of 2012, SilverCrest published the results of 15 more drill holes plus surface sampling. According to then-President J. Scott Drever,

Coloradito has weighted average grades similar to near-surface bulk tonnage deposits such as Thompson Creek and Endako – two of the largest moly mines in the United States – the Sisson tungsten-moly mine in New Brunswick, Canada, and El Creston in Mexico.

We love the La Joya silver project, and so, apparently, does the market.

The La Joya property is well-positioned, in a prolific mining region with past-producing and operating mines nearby, including those owned by major silver companies like First Majestic, Pan American Silver and Grupo Mexico. Road, rail and power lines to the property tick the all-important infrastructure box.

The ink is barely dry on the LOI with First Majestic, and Silver Dollar is already pulling eye-popping silver intercepts, from its grab bag of historical drill data. What else is hiding in those SilverCrest documents? I can’t wait to find out.

Richard does not own shares of Silver Dollar Resources (CSE:SLV). SLV is an advertiser on his site aheadoftheherd.com