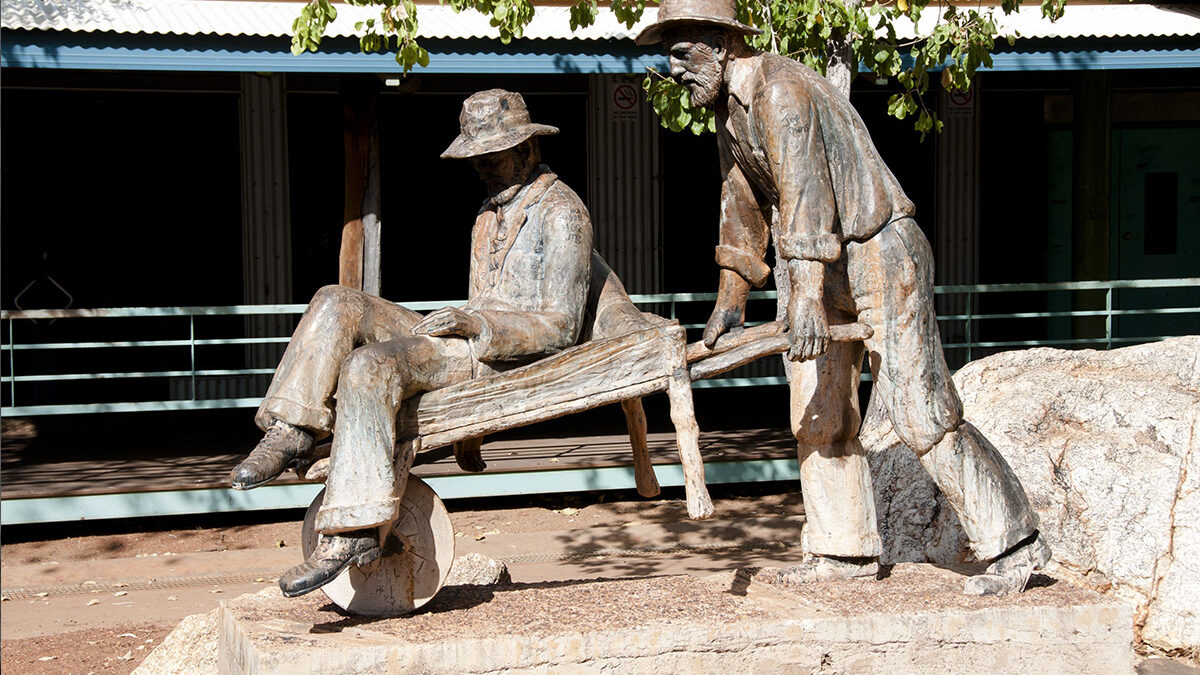 Australia has long been known as a mining country, home to world-class geologists, accessible projects and excellent infrastructure.

Its mining industry dates back to the gold rushes of the 1850s, which has since become a significant contributor to the Australian economy, accounting for 7% of its GDP and more than half of its total exports.

Australia is currently one of the world’s top 3 producers of gold. The country holds – by a wide margin – the largest mine reserves in the world, with 10,000 tonnes of gold or 20% of the global total.

Significant gold endowments are found throughout Australia, many of which are found in the state of New South Wales. The region is home to some of the biggest gold deposits in the world including Newcrest’s Cadia Valley, which has the largest facility of its type in the country.

Past record shows at least 198 historic gold mines and exploration prospects present across the project area, many of which had multi-ounce gold grades.

The New England Orogen is a significant mineral province in Eastern Australia that forms the basement throughout the northeast of New South Wales. It was developed along the eastern margin of the Gondwana supercontinent as a result of convergent tectonic processes during the Paleozoic and early Mesozoic eras.

The orogenic terrane was most likely island arc-related from the Cambrian to the Middle Devonian, changing to a continental margin magmatic arc from the late Devonian onwards. Ophiolites – remnants of the ocean floor – crop out along the regional Peel-Manning suture zone, which is highly prospective for orogenic gold.

The presence of alluvial gold fields and showings, the large number of historic underground mines and the variety of tectonic terranes all indicate that the New England Orogen is highly prospective for gold and silver discoveries.

Major deposits in the past include gold bonanzas at Mount Morgan (> 7moz) and Gympie (> 3moz) (Queensland) and Hillgrove (New South Wales). Significant gold resources have been recently discovered at Gympie, Cracow, Tooloom and Mount Rawdon. Still, many parts of Devonian to Triassic New England Orogen remain underexplored by Australian standards.

Of Sentinel’s eight gold projects, five are found with the New England orogenic terrane. These include:

The Lachlan Orogen of New South Wales, Victoria and eastern Tasmania represents a marginal mobile zone developed at the edge of the Australian Plate, during the Ordovician and Early Carboniferous Period.

It comprises a series of prolifically mineralized accretionary terranes hosting a variety of deposit types. In New South Wales, these include: porphyry and related skarn Cu-Au, epigenetic and hydrothermal Au and Pb-Zn-Cu, and orogenic Au, and VHMS style Pb-Zn-Ag-Au.

While the Lachlan Orogen is generally poorly explored for gold, recent discoveries such as Regis Resources’ McPhillamys deposit – estimated to contain over 2moz in reserves – highlight the prospectivity of these provinces.

This week, the company announced it has completed a much more extensive data review program and delineated multiple highly prospective target areas for drill testing within its gold and silver portfolio in New South Wales.

Based on a detailed review of all geological, geophysical and geochemical data available to the company, the Sentinel exploration team has identified three gold projects Golden Bar, Toolom South, Hill End South) and one silver project (Carrington) as strong targets for initial drill testing.

“The high-priority targets outlined here are consistent with our aim of using historic information to help define drill targets at an early stage of exploration. The next steps involve obtaining landowner and native title agreements followed by fieldwork to confirm potential these as drill targets,” Dr. Peter Pollard, Chief Geologist of Sentinel, stated in the February 4 press release.

“Our technical team has worked diligently and methodically to understand the geology and geophysical interpretations to identify the highest potential drill targets at our gold and silver projects in order to increase our odds of success for our maiden drilling at these largely untested target areas,” Rob Gamley, President and CEO of Sentinel, commented.

Elsewhere, Sentinel is also exploring for gold at its Salama project in the Anta province of Peru. The property consists of four exploration concessions, covering 2,700 hectares of land.

Preliminary review of the Salama project indicates extensive areas of quartz veins with localized silicified breccias that have been the focus of historic production by artisanal and small-scale miners. These miners targeted high-grade areas where oxidation of bedrock resulted in the formation of free gold amenable to gravity recovery.

Regional satellite imagery indicates that two major structures intersect in the northeast of the concession, in a similar geological setting to La Virgin gold mine 20 km to the north. Historic gold production at La Virgin was reported as 120,000 ounces annually.

Review of available data on Waterloo indicates small-scale production from high-grade silver and gold prospects since the early 1900s (Waterloo mine), but the property has never been systematically drill tested.

So far, Sentinel has completed a Phase 1 work program on the property, returning significant assay results of 7,470 g/t Ag and 39.8 g/t Au.

With drill targets identified and all cashed up from last year’s $1 million financing, Sentinel is now ready to move onto the next stage of gold exploration within a prolific mining district of Australia.

Given that multiple targets were prioritized, in areas with historic mining and production, Sentinel’s maiden drill program could return compelling results. We believe this could be the beginning of another mining success story in the state of New South Wales.

Richard owns shares of Sentinel Resources (CSE:SNL, US OTC PINK:SNLRF). SNL is a paid advertiser on his site aheadoftheherd.com