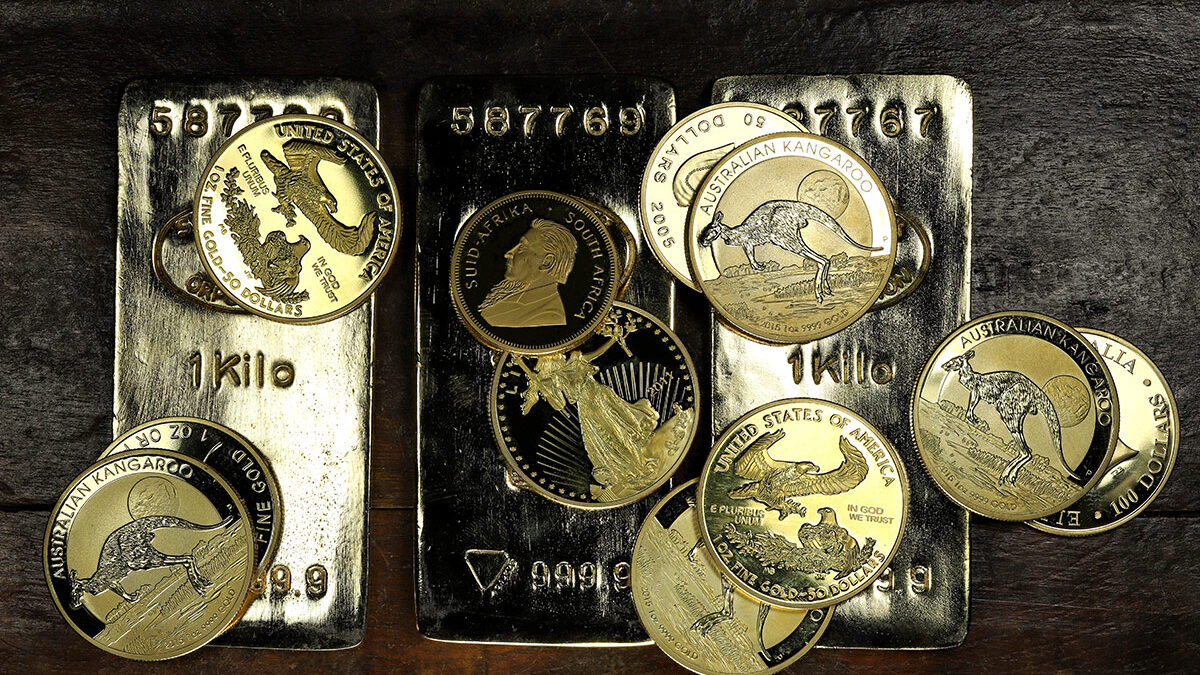 Australia has long been known as a mining powerhouse, home to world-class geologists, accessible projects and excellent infrastructure.

Australia’s mining history traces back to the 1840s, with its first discovery of silver and then copper in Southern Australia. Gold was later found in 1851 near Bathurst, New South Wales, and was followed up by more discoveries in Victoria.

The series of gold rushes that ensued helped to spur the development of inland towns, communications, transport and foreign trade, boosting Australia’s development heading into the 20th Century.

Today, mining has become a significant contributor to the Australian economy, accounting for about 7% of Australia’s GDP and more than half of its total exports.

Consistently ranked as one of the world’s top 3 gold producers, Australia has, by a wide margin, the largest mine reserves in the world, with nearly 10,000 tonnes of gold or 20% of the global total.

Significant gold endowments can be found throughout the country. Western Australia currently leads all states in gold production, and is home to about a dozen of the world’s biggest mines, including Boddington, Superpit, Gwalia and Granny Smith.

However, seeing that the Yilgarn Craton of Western Australia, which hosts 4% of the world’s economically recoverable gold reserves, is almost completely staked and devoid of search space, exploration focus has gradually shifted towards the southeastern states.

New South Wales, being the second-largest producing state, and where the first Australian gold was found, has become a focal point of Australia’s mining industry. The state’s gold endowment is said to exceed 100 million ounces, plus about 1 billion ounces of silver.

NSW is already home to some of the biggest gold deposits in the world including Newcrest Mining’s Cadia Valley, which has the largest facility of its type in the country.

As compared to other states, NSW is prolifically mineralized with multiple metallogenic belts that are largely unexplored outside of the main camps. Past exploration mostly centered on the Cadia-McPillamys camp, North Parks trend, the Conwall-Giginburg trend and Broken Hill.

The New England Orogen is considered to be a significant mineral province that forms the basement throughout the northeast of NSW. The presence of alluvial gold fields and showings, the large number of historic underground mines and the variety of tectonic terranes all indicate that the terrane is highly prospective for gold and silver discoveries.

Major deposits in the past include gold bonanzas at Mount Morgan (> 7moz) and Gympie (> 3moz) (Queensland) and Hillgrove (New South Wales). Significant gold resources have been recently discovered at Gympie, Cracow, Tooloom and Mount Rawdon.

The Lachlan Orogen, which spans New South Wales, Victoria and eastern Tasmania, comprises a series of prolifically mineralized accretionary terranes hosting a variety of deposit types. In NSW, these include porphyry and related skarn Cu-Au, epigenetic and hydrothermal Au and Pb-Zn-Cu, and orogenic Au.

Coming off a series of property transactions this year and a recent name change (formerly JNC Resources), ROO is uniquely positioned to be a dominant player in New South Wales through a growth strategy focused on the consolidation and exploration of highly mineralized precious metals properties in this prolific region of Australia.

To build its portfolio, the company has adhered to the following criteria:

Through its acquisition of Southern Precious Metals Ltd., RooGold Ltd. and Aussie Precious Metals Corp. properties, RooGold now commands a portfolio of 13 gold and silver concessions that spans a total area of 1,380 sqkm, and is home to 137 historic mines and prospects.

Mineralization across all these properties is associated with significant, largely untested regional structures or contacts, on which gold and silver endowment is underpinned by historic mining activity, thus providing excellent discovery potential.

Below is a summary of ROO’s properties located in the world-class mining region of NSW:

The mineralization is mostly of an orogenic type associated with large-scale structures, making for large attractive targets and lesser intrusion-related types. There is also potential for listwanite-hosted gold mineralization of the Bralorne and Motherlode type along the Peel-Manning suture zone.

Of these 9 gold concessions, the three located on the Peel Manning Fault System (Trilby, Lorne and Gold Belt) are considered to be priorities.

Together, they form the company’s Peel Manning property, a district-scale land position totalling 422 km² that includes 48 historic gold mines and prospects with average historical production grade of up to 83 g/t Au.

Newmont has recently staked a 1,200 km² land package covering 125 km strike length of a parallel structure, 30 km to the east of the Peel Manning Fault Zone.

The gold mining giant, recognizing that these regional structures are fundamental to mineral deposit formation and thus highly prospective, mainly staked areas under shallow surface cover, lacking historic production on and anomalism due to other licences already being taken.

The historic Marquis of Lorne mine, which includes a non-compliant historic reserve of 50 koz Au, is hosted on the property.

All properties remain largely underexplored since their discovery in the early 1900s. Little to no historic drilling and almost no exploration. Several styles of mineralization are present, including intrusion-related vein stockwork targets and low sulphidation epithermal types.

The Castle Rag target is formed from 27 mineral occurrences, 7 of which are silver-base metal intrusion-related vein deposits within the Castle Rag concession. The Castle Rag mine operated between 1888 and 1929, producing an estimated 4,000 tonnes at average grades of 1,200 g/t Ag and >20% Pb.

The Eastern target is formed by a gold, silver and molybdenum mineralized grisened granite/rhyolite contact that is over >5 km long. Limited past surface exploration had grades of up to 612 g/t Ag, 5.5 % Pb, 3.35 g/t Au and >1.5 % Mo.

The property remains significantly under-explored, with only three holes drilled for 159 m in 1985.

ROO’s initial exploration focus will be on the high-priority Peel-Manning gold and Castle Rag silver properties.

The remaining properties will be evaluated and developed according to a five-stage exploration plan, as described below:

The initial exploration plan would require a total expenditure of C$2.5 million, with a large chunk of that (C$2 million) going towards RC drilling and ongoing project review/development. The remaining C$500,000 will be allocated to the first four stages.

To fund its exploration activities, RooGold successfully secured in October a first tranche financing of C$2.63 million. The net proceeds will be used for Phase 1 exploration of its Australian properties.

The company is also looking to spend at least another C$1.6 million during Phase 2 exploration, which could bring the financing total up to C$5 million.

The ROO technical team collectively brings almost 150 years of global experience, having worked in over 75 countries, on most deposit types and commodities, and at all stages of a project’s life.

The board members and senior management/advisors all have significant and demonstrated public market experience, with a proven track record of adding shareholder value. A notable figure on its advisory board is Dr. Quinton Hennigh, who for over 25 years has led exploration teams for Homestake Mining Company, Newcrest Mining and Newmont.

Dr. Hennigh is currently founder, chairman and president of Novo Resources; founder and director of Irving Resources; and director of New Found Gold. He also holds the position of geological and technical director at Crescat Capital LLC, an award-winning global macro asset management firm based in Denver, Colorado.

Crescat recently became a strategic shareholder in the company and will provide expertise regarding RooGold’s exploration and development strategy, along with other geological and technical matters, with the support of Dr. Hennigh.

Crescat’s mission is to grow and protect wealth over the long term by deploying tactical investment themes based on proprietary value-driven equity and macro models. Its investment goal is industry-leading absolute and risk-adjusted returns over complete business cycles with low correlation to common benchmarks.

Another familiar name on the ROO advisory board is Dr. Chris Wilson, the world-class geologist behind Ivanhoe Mines’ Mongolian operations for 10 years, who was responsible for an exploration portfolio of 127 licensees covering over 11 million hectares.

Dr. Hennigh, a high-profile geologist himself, knows the Australian mining scene inside and out. His biggest success was also in Australia, in the Victoria region, when billionaire junior mining financier Eric Sprott flew him in to analyze the New Market land package.

And the rest was history. Dr. Hennigh’s due diligence and strong endorsement resulted in Sprott’s Kirkland Lake acquiring the asset, and on the strength of the high-grade Swan-Zone discovery at Fosterville, KL went from under $2 to a high of $76/share.

Sprott still credits Dr. Hennigh to this day for KL’s success, especially because the other principals of KL were hesitant on going ahead with the transaction.

The fact that Dr. Hennigh and Crescat are also early backers in ROO and the NSW land package, with Quinton being a director of New Found Gold, a current high flier in the space, bodes well for ROO’s future prospects.

Gold prices have recently rebounded above the key $1,800/oz level as the momentum of fear continues to build on inflation, covid, geo-political tension and socio-economic pressures.

At AOTH we are convinced that the commodity bull market will naturally find its way towards precious metals, and after seeing how the inflation pressure keeps on mounting and the central banks are being more reactive than proactive, we hold an even stronger conviction than before.

While it’s rare for industry leaders to agree on one thing, most are in accord with the idea that prices are going higher, not only this year but even the next.

In such periods we at AOTH have always sought haven in gold and silver bullion, we also buy shares of precious metal focused junior companies to best leverage a rising gold price.

Following a busy few months which saw Roogold establish a strategic position in the world-class mining state of NSW, the newly rebranded gold junior will use that as its foundation heading into 2022 with a clearly designed exploration plan.