Rockridge Resources (TSX-V:ROCK) is off to a flying start at its Knife Lake volcanogenic massive sulfide (VMS) deposit in Saskatchewan, with the first five holes of its 2019 drill campaign returning high-grade copper-gold-zinc-cobalt mineralization.

The 12-hole, 1,053-meter diamond drill program, completed this past spring, has two objectives: to confirm the tenor of mineralization (the percentage of metals found in the sulfides) reported by previous operators, and to expand known zones of mineralization.

Of the three holes reported today (link), May 7, all cut high-grade mineralization.

This hole also stood out for being in an area untouched by historical drilling.

“The results from drill hole KF19003, specifically 2.42% CuEq over 37.6m, have far exceeded our expectations and represents one of the best holes ever drilled on the project,” said Jordan Trimble, Rockridge’s President and CEO.

He added: “It is important to note that this drill hole was collared in an area where no historical drilling has been reported. As such these drill results are expected to have a positive impact on the historical resource.” 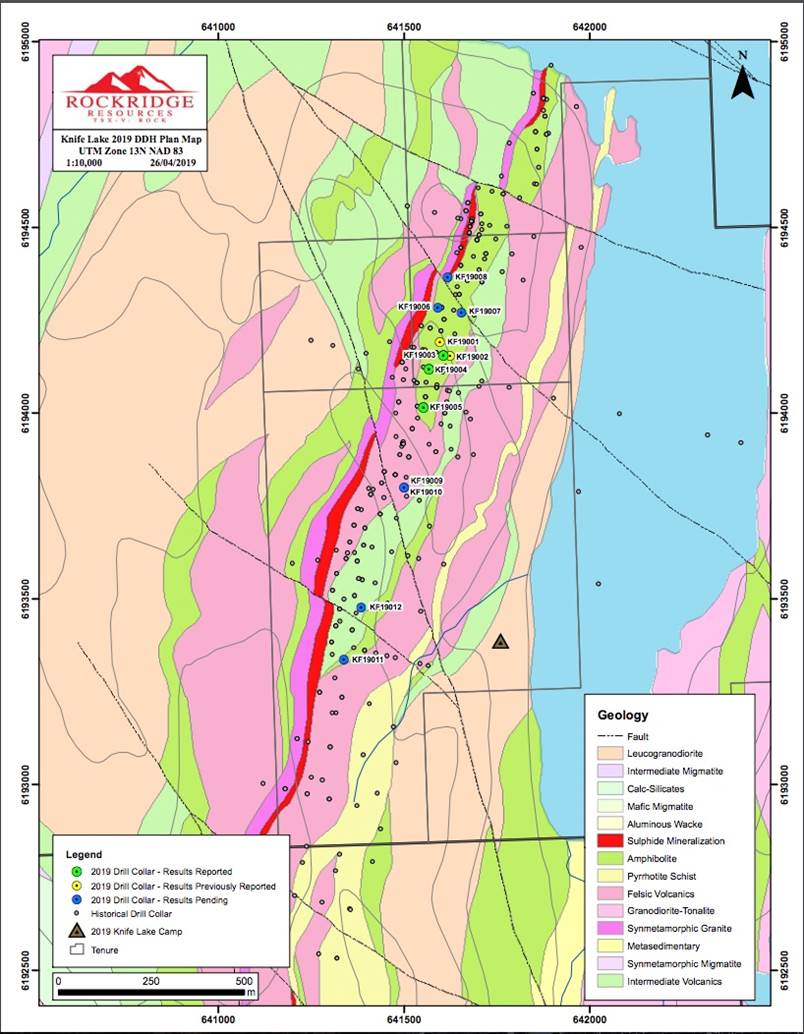 The next two holes had shorter intersections but good grades.

All five holes drilled so far have also reported traces of rare metals indium and gallium.  Indium is used to make transistors and other electrical components. Silver-blue-colored gallium is found in some medical thermometers as a substitute for mercury, in semiconductors and to make mirrors.

Knife Lake is currently owned by Eagle Plains Resources (TSX-V:EPL). Under an option agreement, Rockridge can acquire the project by incurring additional exploration expenditures of C$2.5 million over three years, along with issuing 3,250,000 million shares.

Historically explored with over 400 diamond drill holes, Knife Lake is a VMS deposit with a 15m-thick mineralized zone containing copper, gold, silver, zinc and cobalt. This winter’s drill program was the first exploration done since 2001. 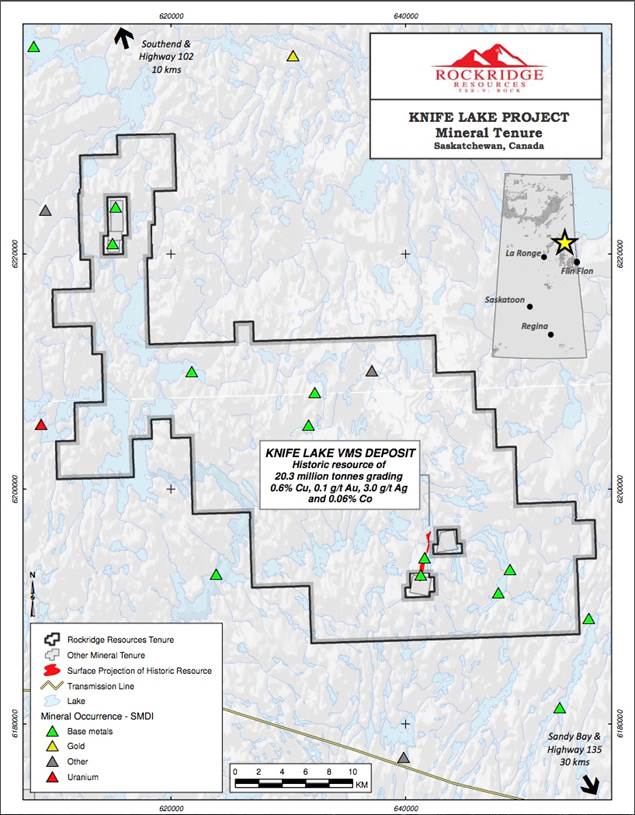 Rockridge believes Knife Lake could be the remobilized (moved by granitic rocks) portion of a larger VMS deposit, based on the mineralogy, mineral textures and metal ratios found within the deposit.

It aims to test this thesis by drilling deeper below the deposit and around it.

Assay results from the remaining seven drill holes are expected to provide good news fodder for ROCK over the next several weeks.