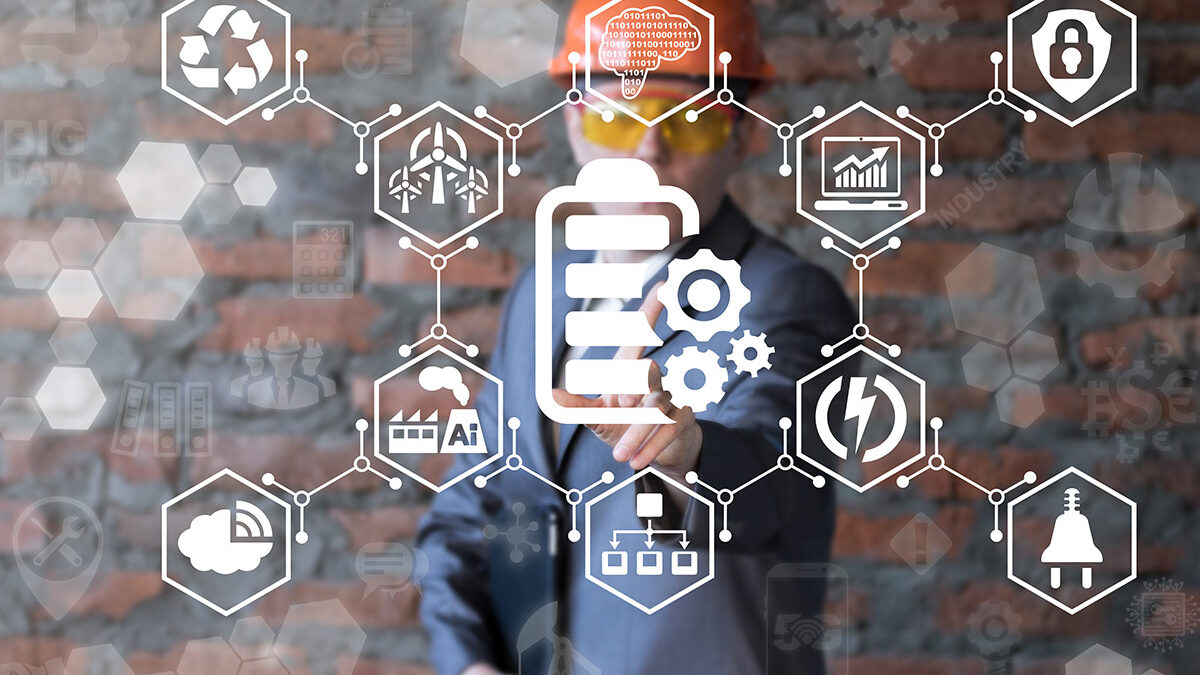 Exploration results to date have reinforced Renforth Resources’ (CSE:RFR, OTCQB:RFHRF, FSE:9RR) view that its flagship Surimeau Project in Quebec is richly endowed with battery metals like nickel and cobalt that have been largely overlooked in the past.

The Victoria mineralized structure is estimated at about 20 kilometers long, and the Lalonde structure now measures 9 km in length. The company continues to define the surface and sub-surface polymetallic mineralization, evidenced by outcrops, drill results and geophysics.

However, a significant amount of ground remains untested, leaving heaps of upside for Renforth shareholders, in a project that is already showing district-size scale.

According to Renforth, new outcrop mineralization discovered near the center of the ~20 km Victoria mineralized structure, delivered a grab sample of 0.71% Ni (nickel) in rock described as “albitized ultramafic with sulfides”.

This is the second band of mineralization found north of previous drilling at the Victoria target. The results were from field work targeting the polymetallic intrusive mineralization at Surimeau during this past May and June.

At the Lalonde target, two assay results of 0.32% nickel from two separate grab samples were obtained within the current stripping area at Lalonde West. According to Renforth, the sampling program at Lalonde has delivered consistent elevated values from the exposed mineralized horizon.

“These initial results validate the extent of surface mineralization on our Surimeau District Property. Our current interpretation is two separate polymetallic mineralized systems essentially running east/west, outcropping on surface, with lengths of ~20 km at Victoria and currently ~9km at Lalonde, the latter is still open on strike and unexplored. West of the Rapide 7 road the two horizons are separated north/south by ~3.7 km. Copper and Zinc mineralization is hosted in a thick sequence of greywacke with graphitic mudstone interlayers while Nickel and Cobalt mineralization is hosted within ultramafic flows,” said Renforth’s President & CEO Nicole Brewster, in the Sept. 26 news release. She continued:

“The best mineralization is often found within and around sheared, albite-altered, and calc-silicate-altered ultramafics — the sedimentary contact. We continue to learn more about this property with ongoing exploration to determine the extent and surface grade of the mineralization. We intend to drill at Victoria West this winter, building on the drilled mineralized package as deep as 180m with an ~125m package width over the ~2.2km we have drilled. We will also likely drill Lalonde west of the road for the first time. Our grab samples reflect the consistent presence of polymetallic mineralization with a wide range of grades; clearly there is with more work required, which we will do.”

So far in 2022, a total of eight trenches have been dug from the Lalonde and Victoria polymetallic systems. In each trench, some amount of mineralization was exposed, with the best mineralization, confirmed visually and with X-ray fluorescence, coming from Lalonde.

Channels were cut in each trench and samples sent for assay. Due to the success of this program, Renforth is now planning additional stripping to cross-cut the strike at Victoria, as well as a series of larger cross-cutting stripped trenches along the strike at Lalonde, to further define the extent of the mineralization.

Work to date leads Renforth to conclude that Victoria and Lalonde are similarly mineralized environments, the geological setting being a type of hybrid volcanogenic massive sulfide (VMS) and mono-sulfide solid solution (MMS) system, where there was interaction between intruding nickel-enriched ultramafic magma and sulfide-enriched sedimentary material, leading to the formation of nickel mineralization alongside anomalous zinc and copper from VMS systems.

Following initial prospecting work, a channel-cutting program was carried out, with results pending. The property has been chipped and stripped with channel cutting ongoing at Lalonde. Renforth’s geologists will map and sample the newly stripped areas subsequent to a field break this fall corresponding with hunting season.

The results of prospecting work highlighted in a table built into the news release, demonstrate to Renforth the consistent presence of some amount of polymetallic mineralization (nickel, cobalt, copper and zinc) throughout each system, and support the continued exploration of the property to determine the size and extent of the occurrences.

It is located south of the Cadillac Break, a major regional gold structure. The property occurs within a unique geological setting where two types of mineralization, formed from different geological processes, are “mashed together” in one distinct orebody. It is best described as a magmatic nickel sulfide deposit, juxtaposed with a copper-zinc volcanogenic massive sulfide (VMS) deposit.

The first type of deposit, which may contain nickel, cobalt and platinum group elements (PGEs), is associated with ultramafic rocks. The second type, VMS, was formed on or near the ocean floor during ancient underwater volcanic activity.

VMS deposits are sought after for mining because they usually contain a mix of base metals such as zinc, lead, copper, and sometimes precious metals including silver and gold. The minerals often form massive sulfide mounds or layers, making them relatively easy to extract.

Renforth on May 31 announced that field work resulted in the discovery of surface battery metals sulfides at the Lalonde target.

Lalonde is located 3.7 km north of Victoria West, which was previously drilled by Renforth over 2.2 kilometers of strike length (see Victoria section below).

Renforth took 34 grab samples during prospecting in 2020 and 2021, with each demonstrating the presence of elevated copper, nickel and zinc.

Information gleaned from drilling and trenching, along with surface sampling, creates an area of interest that includes over 5 kilometers of strike on the western end of an ~20-kilometer magnetic anomaly.

So far, only 5,626 meters have been drilled over 2.2 km of the known strike length, yielding results that allude to the presence of a large polymetallic camp richly endowed with nickel, copper, cobalt and zinc, along with some PGEs (platinum group elements).

One drill hole returned 3.46% Ni and 491 ppm Co over 1.5m between depths of 196.5m and 198m, demonstrating the high-grade nickel potential present at Victoria West.

These results followed up on the promising assays reported last fall, where each of the 21 holes returned mineralization as expected, with the four deeper holes demonstrating an increase in grade.

Earlier this summer, Renforth discovered a second mineralized horizon at the Victoria target. This horizon sits to the north of the first horizon, uncovered during fall 2021 stripping at Victoria. A gap of about 40m separates the two horizons.

Trenches 6-8 were dug to expose the newly discovered northern band of mineralization. In the fall, 2021 Victoria stripping program, a strike length of 275m was stripped, exposing surface polymetallic mineralization between fences of holes drilled in spring 2021.

Subsequently, the exposed mineralization was undercut with drilling in December 2021. Prior to this program, the exploration at Victoria had been targeting the magnetic high. All the drilling and the stripped north cross-cuts missed intersecting the northern mineralized band, which was discovered during prospecting in spring 2022 by Renforth’s field crew. Additional stripping at Victoria consists of a wide trench starting on the north and south sides of the stripped area.

It appears to me that Renforth is in the early stages of outlining a large polymetallic system at Surimeau, including battery metals nickel and cobalt, plus copper, zinc and platinum group elements, in Quebec, a jurisdiction that consistently ranks highly among mining investment attractiveness.

“Our entire conversation is predicated upon ourselves only drilling 2.2 km of the 20-km system. We’ve barely scratched the surface,” CEO Nicole Brewster said in a company video shot in July.

“That big stripped area [at Victoria West] was only 275 meters within the 2.2 km we drilled, so we know that mineralization goes to at least 200m depth, that’s our deepest pierce point of mineralization, but we know the system’s 20 km, hasn’t been drilled, and then Lalonde to the north was historically drilled 2.2 km, not by us. We’ve sampled it on surface, but we’ve now grown it to 9 km, and when they were drilling for gold they didn’t even sample for base metals. So there’s not even data for Lalonde, but it just continues to grow.”

As sampling continues at newly stripped areas, I’m expecting to see more assay results released over the coming months, and during the winter, drilling at Victoria West and for the first time at Lalonde.

Richard owns shares of Renforth Resources (CSE:RFR). RFR is a paid advertiser on his site aheadoftheherd.com