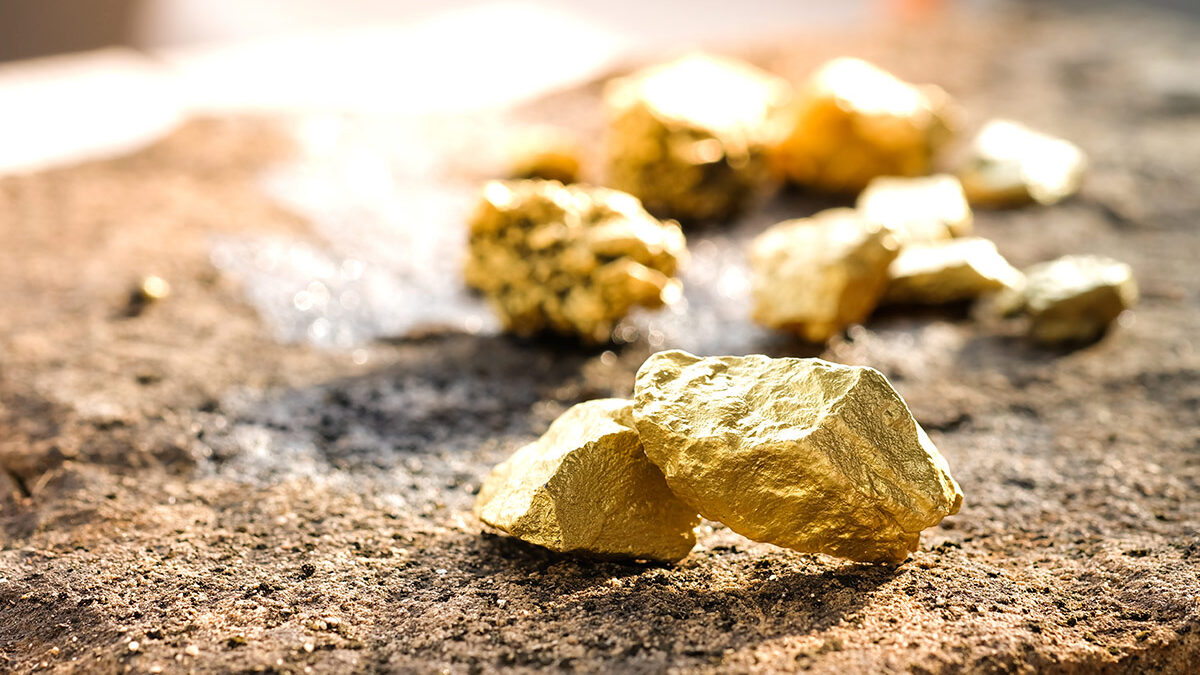 While 2021 has, for the most part, been a lackluster year for gold, the tide may be turning for the precious metal as we head into the new year.

This week, bullion held strong despite the US Federal Reserve, as some expected, said it would put an early end to its pandemic-era stimulus, signaling that its inflation target has been met and a faster pace of interest rate hikes looms.

Market watchers have always believed that higher interest rates could drive down gold prices by increasing the appeal of yield-bearing investments. That appeared to be the case from gold’s initial performance after the Fed’s Wednesday announcement.

However, the yellow-colored metal eventually erased losses and even bounced higher, as the market had been anticipating somewhat of a more hawkish move.

Projections published alongside the Fed’s statement showed that officials expect 3/4-percentage-point increases will be appropriate next year. The US central bank has been keeping its benchmark rate steady after sweeping into emergency action last March amid the Covid pandemic with a full percentage-point cut.

All things considered, some actually view this as the stimulus for gold to have a strong finish to 2021.

“The gold market recovered from the initial decline, as the Fed seems to be only marginally more hawkish than the market was pricing,” Bart Melek, global head of commodities strategy at TD Securities, explained to Bloomberg.

Melek added that: “The dots have moved and it seems the gold market believes that inflation will be elevated, but controlled, which should allow the US central bank to maintain accommodation.”

“Real rates will move higher, but still very negative along the short end of the curve. It’s still a decent environment for gold. Some traders may have been positioned for something more hawkish,” he concluded.

“The risk that the economy could fall into recession in 2023 does not seem so unreasonable. Gold’s weakness could be near its end as the Fed will be on autopilot until the March policy meeting,” Edward Moya, senior market analyst at brokerage OANDA, speculated in a Reuters report.

Gold traditionally serves as a safe haven for investors during times of economic turmoil, but that may not be the only influential force behind the next rally. As we’ve recently discussed, geopolitical instability around the globe could serve as another catalyst for gold’s growth.

With that in mind, gold (and to an extent silver, its sister metal) will be a key commodity to watch as we approach 2022.

Gold prices will also be something that those in the mining industry will monitor closely, as it will be a key determinant of companies’ bottom line.

For precious metals mining, few places in the world can offer the promise of high production, low costs like Mexico.

Thanks to its rich abundance of minerals, the Latin American nation has accumulated more than 500 years of mining history. Today, it sits alone at the top of the silver producer pyramid, with over 20% of the global mined output.

Its gold output is also significant enough to have a place in the world’s top 10 list.

For many prospective miners, Mexico’s potential as a major gold producer has often been overlooked and overshadowed by its status as the world-leading silver producer. It boasts several hydrothermal veins and gaps that can be associated with gold and silver mineralization.

The Caborca gold belt of Mexico is considered one of the most prolific areas for mining gold in North America. This megashear, which stretches from the southern US into Sonora state and hosts many gold mines and deposits, has produced millions of ounces of gold in recent years.

This geological advantage has Mexico primed to become an attractive destination for gold explorers for years to come.

One junior miner that has already found success in Mexico’s burgeoning gold sector is Magna Gold (TSXV: MGR, OTCQB: MGLQF), which aims to become its next major precious metals producer with multiple gold and silver assets spread across the mineral-rich states of Sonora and Chihuahua.

The company’s crown jewel is the former producing San Francisco mine, which was rebooted in the third quarter of 2020 and achieved full-scale commercial production this summer.

The mine was previously operated from 1995 through 2000. During that time, approximately 13.5 million tonnes of ore at a grade of 1.13 g/t Au were treated by heap leaching, and 300,834 ounces of gold were recovered.

Mining operations ceased in 2001 as a result of low gold prices, although leaching and rinsing of the heap continued for approximately one year after this.

In 2005, Timmins Gold (now Alio Gold) acquired the mine and processing equipment and began commercial operations in 2010. Since then, the mine has produced more than 820,000 ounces of gold, making it one of Mexico’s most successful gold mining operations in recent history.

Looking to re-establish San Francisco as a profitable mine, in March 2020, Magna agreed to take on the project, with a long-term view of improving the mine operation.

“We have a simple business model; it starts with growing organically. We only acquire properties in near-term production that were either mismanaged or forgotten in previous years,” Magna’s president and CEO, Arturo Bonillas, who served a 10-year tenure as president of Timmins Gold, said in an interview last year.

“The numbers were great. The study shows that we have 1.5 million oz of resources in the ground. We have close to 800,000 oz of gold that we’re going to extract from the mine over the next seven years, at a rate of 70,000 oz per year,” Bonillas said at the time.

Now at full capacity, the San Francisco mine is capable of producing as much as 90,000 oz of gold annually.

There is also ample room for resource expansion, Bonillas added, citing an estimated upside of 3Moz gold and 50Moz silver.

Additionally, the strip ratio during the latest quarter was 2.62, which continues to trend towards the life of mine average of 2.5. Gold sold during the quarter was 18,276 ounces at an average realized gold price of $1,776 per ounce.

As a result, Magna has produced 40,600 ounces of gold through the third quarter, its first complete quarter operating at full-scale commercial production. The company has also reiterated its full-year gold production guidance of 55,000-65,000 ounces.

“I am beyond pleased with all the progress the team has made. During the month of August 2021, the San Francisco mine produced ~7,000 oz of gold. Having been involved with the mine since its inception, I can confirm that August 2021 ranks amongst the best months in the history of the mine,” chief executive Bonillas stated in the Oct. 14 news release.

“Q3 2021 was the first full quarter of commercial production since Magna acquired the mine, and the team continues to optimize and improve operations daily. As production continues to ramp up, we look to exit the year with monthly production of >7,000 oz/month,” he added.

Meanwhile, Magna has also been advancing several of its other precious metals assets across Mexico. The next area of exploration focus is Chihuahua, where its newly acquired Margarita silver project is situated.

Margarita is part of a low-intermediate sulfidation epithermal Ag-Pb-Zn system, which can be traced to many of Mexico’s producing silver mines. The property hosts 7 km of outcropping multiple veins; only one vein has been drilled.

Channel sampling on the vein system has returned values of 100-900 g/t Ag.

A total of 35 DD holes were completed along 1,700 m of the Margarita vein during the 2018-2019 core drill campaigns, with some drill intercepts returning over 1 kg/t AgEq values.  Some drill intercepts also have widths of over 48 m of Ag mineralization.

Magna recently obtained all necessary exploration permits to advance the project. Exploration teams have been mobilized to site, and a drill campaign is well underway. A maiden resource estimate and PEA are scheduled for release by the end of Q1 2022.

Elsewhere, the company also has drilling programs planned at the San Judas and Veta Tierra gold projects, as well as the La Pima silver project.

With its San Francisco mine now running at full tilt, Magna is well on its way to becoming Mexico’s next mid-tier gold producer for years. The third quarter, its first at full-scale commercial operation, has given us a glimpse of the production capabilities of the company’s prized asset.

More development is happening across its project portfolio in Mexico, including exploration on three gold and three silver projects.

Ultimately, the company aims to become a multi-mine precious metals producer in both Sonora and Chihuahua, which are the nation’s best mining jurisdictions, and to develop a substantial gold and silver mineral resource to attract the industry’s major players.