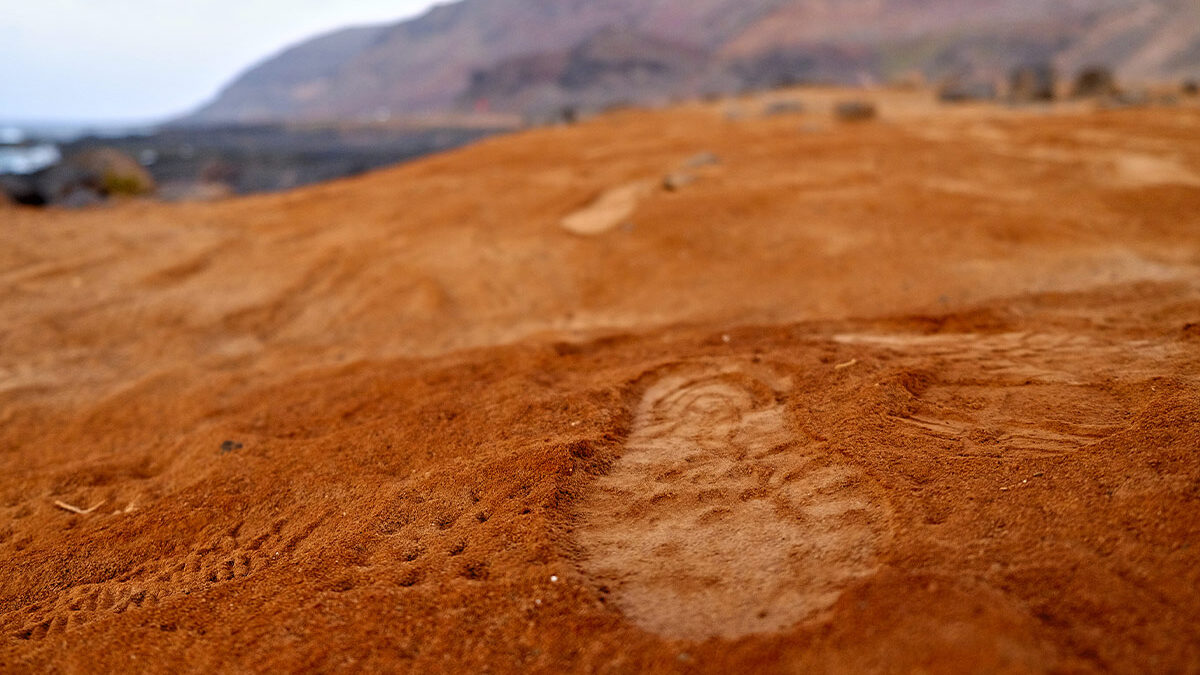 With the copper price soaring to a multi-year high, driven by strong supply and demand fundamentals, a new and exciting copper explorer is emerging.

Recently, the company announced its exploration plans for the Southmore copper-gold project, beginning with a SkyTEM airborne geophysical survey in June/July.

Afterwards, a field program is planned to ground truth geophysical results and expand on the current exploration results, with the intention of developing future drill targets.

The completed portion of the Galore Creek access road is within 12 km of the Southmore project. Further to the southeast lies the historic Eskay Creek mine, some 40 km away from Southmore (see map below).

Southmore is also located between Enduro’s Newmont Lake property to the south and directly south of Sassy Resources’ Foremore property.

Five documented northeast trends on the Foremore property, including the More Creek Corridor trend that hosts the Westmore discovery, track onto the Southmore project.

Sassy Resources has demonstrated high-grade gold and silver mineralization associated with the Westmore intrusive at Foremore, now believed to be Early Jurassic in age. The age of this grassroots discovery is similar with other Jurassic-aged gold deposits in the Golden Triangle.

On the Southmore property, the Mountain Boy geological team has noted numerous styles of mineralization including porphyry, skarn, VHMS and epithermal mineralization.

The 2019 field program confirmed the encouraging results of exploration work conducted in the 1990s. Last year’s field program identified several structurally controlled domains as well as new areas with copper and gold mineralization. A small talus fines geochemistry program was also conducted on the property and two multi-element anomalies were identified. These have allowed the geological team to identify several compelling targets.

Building on the success of the last two field programs, the SkyTEM geophysical survey will be the initial component of this year’s exploration program, the company stated.

The electromagnetic and magnetic data collected will give the company insights into the lithological contacts, property scale structures, geology and potential zones of mineralization.

Mountain Boy anticipates that geophysical anomalies and domains will help in mapping out potential drill targets. The survey will be followed up with continued prospecting, geological mapping as well as talus fines, rock and channel sampling.

“The geophysical survey will help to understand the complex geology of this property, which exhibits a variety of mineralizing styles. With that additional information, we will conduct further fieldwork, leading to determination of drill targets,” Lucia Theny, VP exploration, stated in a news release.

In 1990, Blue Gold Resources carried out a small exploration program on the current claims. They identified two large gossans separated by a large glacier with pervasive silicification and pyrite alteration, from which copper, lead, zinc, silver and gold mineralization was discovered.

In search of more discoveries within the Golden Triangle, MTB recently consolidated an extensive property position that it considers to be highly prospective for porphyry copper-gold deposits.

This consolidation came after compiling data from historic exploration campaigns by numerous companies each focused on their own individual small claims. The 23,000-hectare property involved signing three option agreements and staking open ground.

The Telegraph project features the same oceanic arc volcanic and sedimentary sequences and their associated porphyries responsible for the vast mineralization that the Golden Triangle is famous for.

DOK is the most advanced exploration target on the property, and the neighboring DOK-35 prospect is considered part of the same mineralizing system. The land consolidation has joined these two prospects that were historically explored by separate companies. A 6 km copper-gold mineralized trend is centered on the boundary between the two properties.

“Our geological team has assembled and processed an enormous amount of geological information generated by previous explorers. Geological mapping, geochemistry and geophysics have identified numerous areas of interest, yet this 230-square-kilometre property has so far been tested with less than 2,000 m of drilling, all focused on one prospective zone,” MTB CEO Lawrence Roulston noted in the May 10 press release.

“The improved infrastructure in this region has made the large-scale mineralizing potential of this area worth pursuing,” he added.

Elsewhere in the Golden Triangle, exploration plans have also been laid out for the company’s flagship American Creek silver-gold project. American Creek is a 2,600-hectare property located 20 kilometres north of Stewart, BC.

In late May, Mountain Boy announced it would soon begin fieldwork on the property, which includes a fully funded drill program focused on the company’s namesake historic Mountain Boy silver mine.

Initial fieldwork, set to begin mid-June, is intended to refine follow-up drill targets around the High-Grade zone at the Mountain Boy silver mine.

Drilling last year demonstrated that the shallow structures intersected in drill holes are base metal rich and likely represent one of several mineralizing pulses in the epithermal system. This season’s drilling will target steeper cross structures and localized ore shoots and will be guided by additional mapping.

A detailed structural mapping and 3D modelling initiative will take place before an initial phase I drill program of up to 1,500 metres commences.

In 1999-2000, a total of 51.6 tonnes of material were extracted from the High-Grade vein and sent to the Cominco smelter in Trail, BC. The documented grades of 13.6 tonnes of this material were 18.854 kg/tonne Ag, 1.1% Zn and 2.5% Pb. The exceptional grades demonstrate why this is still such a compelling target for the upcoming drilling.

The current program will include follow-up and channel sampling on the Wolfmoon zone. One bedrock sample was taken 2 km to the north-northwest and returned 1,488 g/t Ag, 1.14% Pb, 0.54% Zn and 3.05 g/t Au, demonstrating the potential for considerable strike length to this style of mineralization.

The Bench zone will also be examined. Mapping and channel sampling of this zone will attempt to determine whether it is part of the epithermal mineralization or a separate mineralizing event.

The presence of numerous nearby past producers, an evolving understanding of the geology and encouraging results and discoveries in the region all support the highly prospective nature of the area, the company said.

Mapping and prospecting on the project have allowed the MTB team to discover a new area of gold-silver-base metal mineralization on Bear River Ridge, confirmed a silver and base metal intermediate epithermal system along a 2 km trend and discovered an Early Jurassic latite porphyry intrusion below the epithermal system.

This previously unrecognized intrusion is similar in age to the many Jurassic Intrusions that are related to several of the deposits in the area including the Premier porphyry, which is directly related to the historic Premier mine.

Once North America’s largest gold mine, Premier produced about 2 million oz gold and 45 million oz silver between 1918-1996.  Ascot Resources is currently focused on bringing the underground mine back into production.

The Stewart mining camp, where the American Creek property is located, is part of the larger Stikinia Golden Triangle and contains well over 200 mineral occurrences.

According to the company, the American Creek project has district-scale potential for both ages of mineralization. It is strategically located amongst many world-class deposits including the historic Premier mine 11 km to the southwest and the Big Missouri 3 km to the west.

The latest mine in the area is Pretium’s Brucejack deposit located 30 km to the north. Other past producers in the immediate area include the Silver Coin, Red Cliff, Scottie Gold, Dunwell and Mountain Boy mines.

The next few months are shaping up to be a busy period for Mountain Boy Minerals.

The company is set to begin exploration on five of its properties within BC’s Golden Triangle, which, to those in the mining industry, needs no further introduction.

The region forms part of a 500 km mineralized belt stretching southward from the British Columbia-Yukon border. It is now home to some of the world’s largest and richest mineral deposits, including three of Canada’s most significant finds (Eskay Creek, Galore Creek and Brucejack).

Following the steps of those who had made these major discoveries, MTB has assembled a large portfolio of highly prospective but underexplored projects dispersed throughout the region.

The most exciting of the bunch is American Creek, which is a large land package incorporating numerous historic mines and showings. For the first time ever, the company gave a comprehensive look at these mineralized occurrences and recognized the property as one large geological system, similar in scale to the Premier camp next door.

Results of the upcoming fieldwork would tell us more about this potential district-scale property. Exploration on four other projects will add to the news flow for the balance of this year.

Richard does not own shares of Mountain Boy Minerals (TSX.V: MTB). MTB is a paid advertiser on his site aheadoftheherd.com 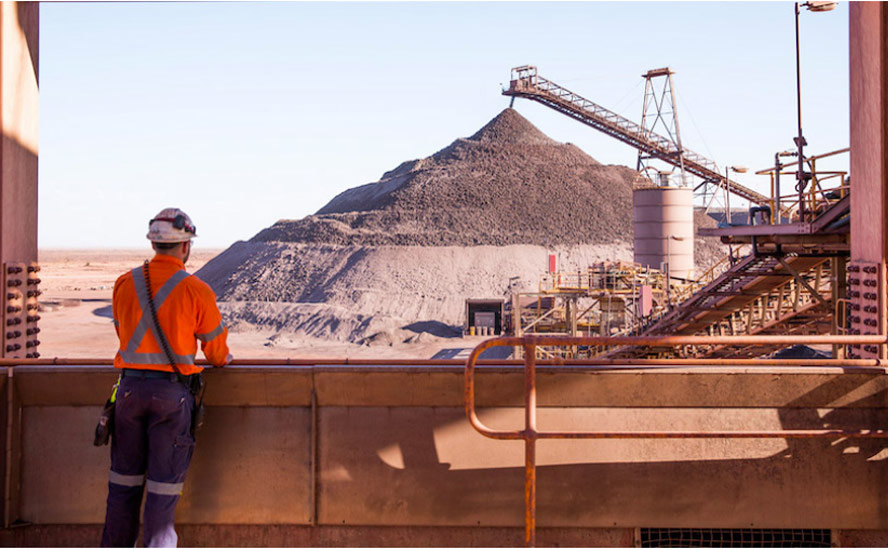 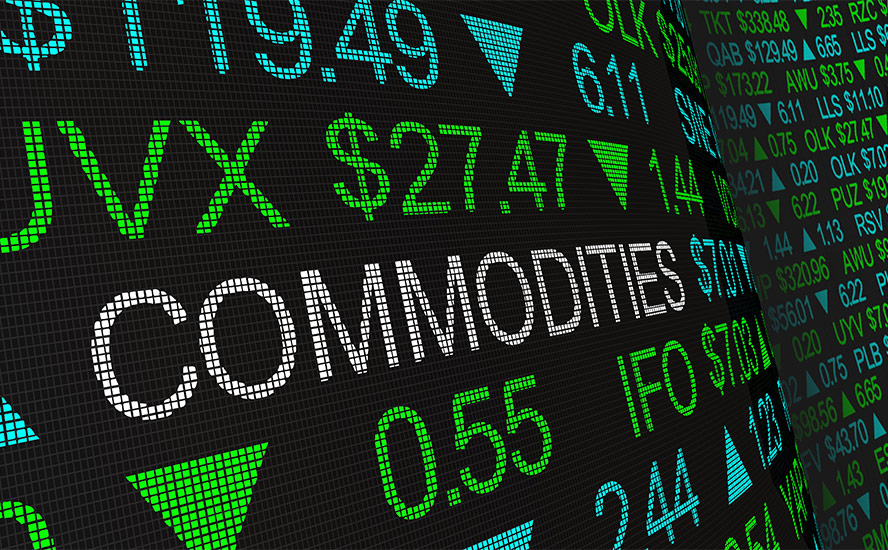