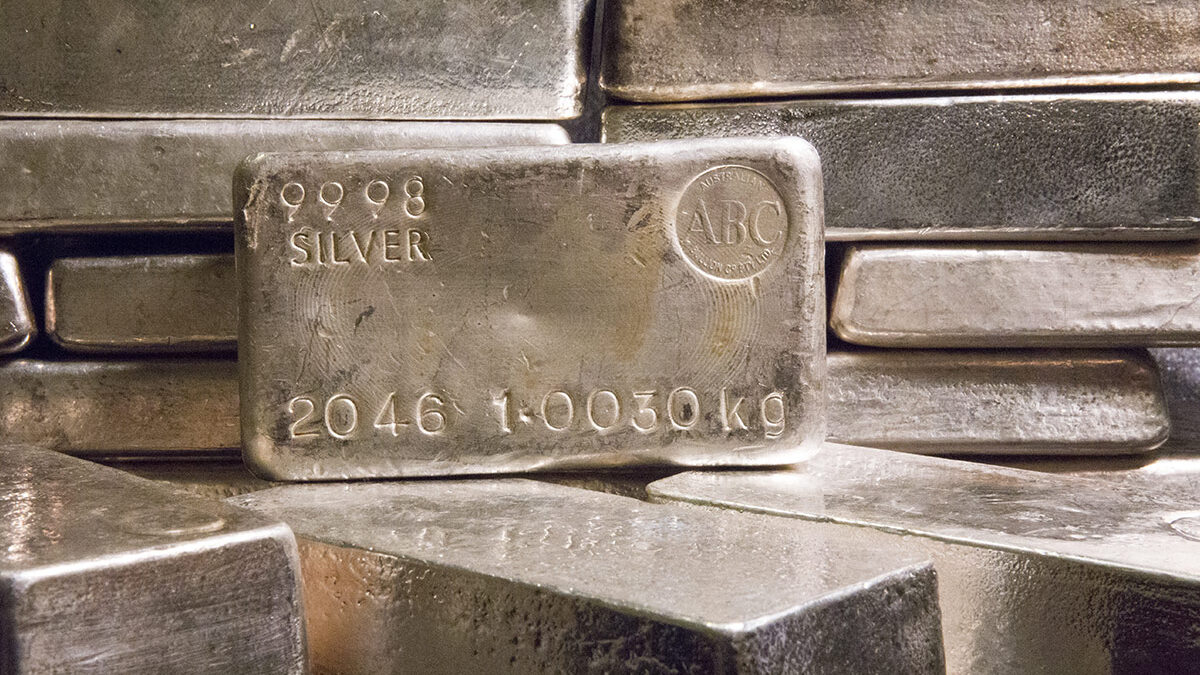 Five of the holes were completed in the High-Grade zone, with the remaining two on the High-Grade extension. Core samples have been shipped to the lab, with assays pending.

The drill has since been mobilized to the third pad at the Maybee zone, where drilling is currently underway.

The recent work by MTB included mapping and sampling along the cliffs north of the old mine, an area that had not previously been examined due to the difficult access.

Geologists skilled in rock climbing traced the structure hosting the High-Grade mineralization approximately 400 m to the north, identifying an area now referred to as the High-Grade extension, where the initial two holes were completed.

Geological work is continuing, focusing on the area between the High-Grade zone and the Maybee zone, a 2 km long corridor within the 33 sqkm property. Multiple veins in that area remain underexplored to this day.

The intent of the current program is to improve the geological context with the intent of identifying further drill targets.

“Silver and base metal mineralization has been identified over multiple kilometers and includes some exceptional grades. We are working systematically toward an understanding of this extensive and robust mineralizing system which we firmly believe has the potential to host the kind of deposit for which the Golden Triangle is renowned,” Mountain Boy CEO Lawrence Roulston commented in a news release dated August 16.

The American Creek project is centered on the past-producing Mountain Boy silver mine, located 20 km north of Stewart in BC’s Golden Triangle.

The property has favourable host stratigraphy, including rocks from the Lower to Middle Jurassic Mount Dilworth formation and Lower Jurassic Hazelton Group. Recent geochronology also confirmed the presence of Early Jurassic intrusions on the property.

There is abundant evidence pointing to large, continuous regional and property scale faults, folds and shear zones, which are often related to mineralization in the region. Significant alteration and mineralization have already been observed along these structures forming the American Creek corridor.

Therefore, Mountain Boy Minerals considers the area to have “real potential to host one or more deposits.” While it holds a significant land package, with a variety of targets identified, much of the project area remains underexplored.

Mapping and prospecting on the project so far have already led to multiple discoveries, including a new area of gold-silver-base metal mineralization on Bear River Ridge, a silver and base metal intermediate epithermal system along an approximate 2 km trend, and — more importantly — an Early Jurassic latite porphyry intrusion below the epithermal system.

“The presence of numerous nearby past producers, an evolving understanding of the geology and encouraging results and discoveries in the region all support the highly prospective nature of the area,” the company commented on its flagship asset.

For this year’s program, detailed structural mapping has concentrated around the many mineralized showings on the American Creek project, including the High-Grade zone.

Results from this mapping suggest that the High-Grade zone mineralization is related to an interpreted shallow westward dipping thrust fault and east-west steeply dipping cross-cutting structures.

It is postulated that the best mineralization occurs at the intersection of these two structures, and this year’s drilling will test this hypothesis.

Geologists have been working with a mountain guide mapping the cliffs around the historic silver mine. This has resulted in the discovery of several new mineralized showings to the north. The mineralization appears to be within the same stratigraphic horizon as the High-Grade zone and is cut by similar steeply dipping cross structures.

Drilling last year demonstrated that the shallow structures intersected in drill holes are rich in base metals and likely represent one of several mineralizing pulses in the epithermal system.

Guided by additional mapping results, the company has turned to steeper cross structures and localized ore shoots during this season’s drilling.

Drilling of the High-Grade zone occurs at a different azimuth with the intent of testing the intersection of the shallow westward dipping thrust fault and the east-west cutting cross structures.

These exceptional grades demonstrated why this is still such a compelling target to drill.

Elsewhere in the Golden Triangle, Mountain Boy is also moving forward with a drill program on the BA silver-lead-zinc VMS project, located 18 km northeast of Stewart.

Drilling continued at the Barbara zone over a three-year period, with a total of 13,570 m in 93 holes completed from 55 different drill pads. Significant silver, lead and zinc mineralization was encountered both in drilling and on surface.

A joint venture was later formed with Great Bear Resources to conduct an aggressive exploration program of the Barbara zone and its surroundings, which brought the total drill count to 178 holes (28,484 m).

The current drill program is designed to target the northern extension of the mineralized horizon at the Barbara discovery that was drilled between 2007 and 2010.

The historic drilling delineated substantial near-surface silver-lead-zinc mineralization extending over 610 m, striking north-northeast. Since then, receding glaciers at the northern end of the zone have exposed further mineralization at surface.

This mineralization has subsequently been sampled in three channel sampling campaigns extending the zone of mineralization to at least 700 m. Assays of up to 601 g/t Ag, 1.98 g/t Au, 3.31% Pb and 9.96% Zn have been returned from these programs.

Mountain Boy’s drilling of two highly prospective silver properties comes just as the precious market is experiencing a rebound due to re-emerging inflation concerns around the global economy.

For the month of September, the US consumer price index rose by more than forecast, which underscored the mounting inflation pressures in the world’s #1 economy. This in turn has driven up investor demand for assets that serve as inflation hedges such as gold and silver.

Coming off a record year, silver prices have somewhat pulled back in recent months, but the latest economic indicators are suggesting another rally is in the works, especially with the US Federal Reserve looking to tighten its stimulus measures very soon.

Daniel Briesemann, an analyst at Commerzbank AG, wrote in a Bloomberg note that he expects the tapering to be announced at the next meeting early in November, he said.

“The market is now seeing a major pivot here as far as how inflation is showing more signs of being persistent than transitory, and that’s likely to force the Fed’s hand to deliver a rate hike well in advance of what people were anticipating,” Oanda’s senior market analyst Edward Moya told Reuters this week.

The anticipated Fed tapering has so far led to a retreat in 10-year Treasuries and the greenback, both of which are traditionally investment alternatives to safe-haven metals.

In silver’s case, the outlook is particularly bright given its strong industrial demand on top of the monetary driver. In fact, much of silver’s value is derived from industrial demand and supply fundamentals. It’s estimated around 60% of the metal is utilized in industrial applications such as solar panels and electronics, leaving only 40% for investing.

A report by BMO Capital Markets shows that silver consumption by the solar industry alone could grow by 85% to about 185 million ounces within a decade.

In addition, silver demand for “printed and flexible electronics” is forecast to increase 54% over the next nine years, rising from 48Moz in 2021 to 74Moz in 2030.

Then there are the automotive and 5G sectors, which are likely to become even bigger demand drivers in the future. A comprehensive report by Sprott titled ‘Silver’s Clean Energy Future’ found that three areas of growing demand for silver — solar, automotive and 5G — potentially account for more than 125 million ounces in 10 years.

The question is whether the world will have enough supply of the metal by then.

According to the 2021 World Silver Survey, global demand for silver in 2021 is expected to outpace supply by 7% (+8% supply vs +15% demand), at which rate a significant market deficit will begin to surface.

In an article earlier this year, we showed the world has already reached peak mined silver. At the moment, there are simply not enough projects in development to generate the kind of production to match an accelerating demand.

When it comes to mining precious metals, the prolific Golden Triangle of British Columbia has never disappointed. Having consolidated a large property position within the region and integrated a wealth of exploration results, Mountain Boy Minerals could be well on its way to making an important silver discovery.

At American Creek, which is centered on a past-producing high-grade silver mine, work to date has supported the hypothesis of a large mineralized system capable of hosting deposits of the same scale as many others in the Triangle.

This year’s drilling at American Creek will test the true extent of this geological system, which, by the end of the program, could be demonstrated to extend over a 2 km length, containing several areas of silver-rich mineralization.

The fact that MTB compares this geological setting to the Premier camp, an important historic gold-silver producer, is also encouraging.

Ahead of the Herd is not a registered broker, dealer, analyst, or advisor. We hold no investment licenses and may not sell, offer to sell, or offer to buy any security.

Richard does not own shares of Mountain Boy Minerals (TSX.V:MTB). MTB is a paid advertiser on his site aheadoftheherd.com