The aim of the LWIR survey was to identify a correlation between gold-bearing conglomerate outcrops (mineralized areas at surface) and historical production in the Choco Precious Metals District, located 100 kilometers from Medellin.

According to Brett Matich, Max’s President and CEO, the survey indicates there is.

“The LWIR has yielded responses throughout the 1000 sq. km survey area similar to responses over the 36 sq. km area of our concentrated exploration efforts to date,” Matich states in the Feb. 27 news release, adding: “The LWIR survey has also further increased our level of confidence in a possible link between overlying Choco Pacific production and underlying gold-bearing conglomerates.”

The survey also “identified anomalous zones interpreted to be conglomerates continue further to the northeast and southwest” of the previously identified 36-square-kilometer area thought to contain gold-bearing conglomerates. Max has full and partial ownership of seven mineral license applications totaling over 1,757 square kilometers. 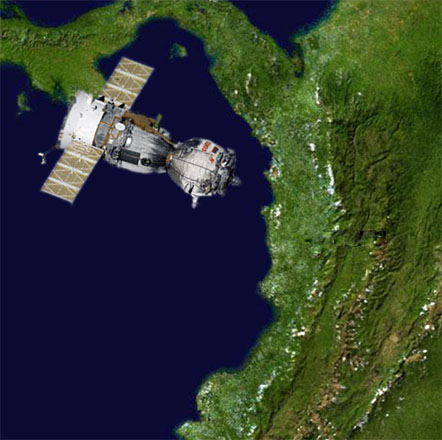 Otherwise known as thermal imaging, LWIR is a new mineral exploration technique that employs satellite imagery to uncover targets that were previously unavailable to exploration companies. LWIR bands can penetrate vegetation and other ground cover, up to 60 centimeters (24 inches) beneath the surface, to mathematically “fingerprint” mineralized areas.

LWIR cannot “see” through clouds so the images that have been taken without cloud cover are “stitched” together to form a complete picture of the 1,000-square-kilometer survey area. This survey sourced multiple bands through the gaps in the clouds over a 20-year period.

Max’s Choco Precious Metals Project is either part of, or adjacent to, the Choco Precious Metals District. Between 1906 (gold price was US$21 per/oz) and 1990 (gold price was 383 per/oz), Colombian mining company Choco Pacifico extracted 1.5 million ounces of gold and a million ounces of platinum from the district, all from alluvial, within 8 meters of surface.

The survey encompassed areas within or adjacent to Choco Pacifico’s historical production and includes the 36-square-kilometer-area (upsized from the original 8 sq. km) that Max has identified as potentially containing gold-bearing conglomerates.

Max has bulk-sampled an area of historical alluvial gold mining (the conglomerate gold underneath has never been fully explored), by digging and sampling six pits (2m by 2m by 30cm-deep) spread over an 8 sq. kilometer area.

In today’s (2019-02-27) call with Ahead of the Herd, Matich said the LWIR survey confirmed Max’s theory that the conglomerates run northeast-southwest. He noted the survey is an excellent tool for pinpointing new targets.

“From the exploration side it means that instead of going blindfolding over that 1,000 square kilometers, we can pick and choose,” said Matich, adding the next stage is to identify potential mineralized areas within the 1,000 sq. km, then dig bulk sample pits similar to the six that have already been sampled.

The company is looking at doing an extra step before bulk sampling any new areas: using ground-penetrating radar (GPR) to determine the thickness of the conglomerate, and map the contact between the conglomerate and the base rock underneath. The latter will allow Max to identify where the gold might be more intensely concentrated, the dips in topography, the channels, the ancient river and creek beds, running throughout the sprawling property.

“At the moment it’s pinning down on surface, then we want to pin down at depth where we think the enrichment is,” said Matich.

Of course, not all of the 1,000 square kilometers will be mineralized, but even if a portion is, we are talking million of ounces of gold.

“From the big picture, the survey is just gradually showing the enormity of this,” he said.

The next catalyst for investors is the grades of a concentrated portion of a 50-kg sample taken from each of the six test pits. The grams per tonne of free gold processed to a minus-two-millimetre concentrate are expected to be released shortly.