Mining is a relatively straightforward business: any producing asset has a limited lifespan and will eventually need to be replaced.

For every ounce or pound taken out of the ground, a mining firm must think about how to replace a mine’s reserves long before it reaches the end of the road. This not only ensures the business keeps pace with the demand-supply market dynamics but also the rest of competition.

However, for metals like gold and copper, the task of replacing reserves has become increasingly difficult as there is a severe shortage of large deposits around the world left to find or buy.

In the gold industry, the substantial decline in new discoveries has led many companies to resort to acquisitions instead of organic exploration to maintain or bolster their production. In 2019, global gold miners completed nearly US$20 billion worth of transactions, the best of any calendar year for nearly a decade.

This brings us to copper, the metal that may dictate mining M&A activity in the foreseeable future. Major copper producers like BHP are already on the lookout for new deposits to replace their declining reserves.

For mining majors, most properties under development must have the scale to match the output of their depleting assets. Any new project must also sit on the lower end of the cost curve to make it a worthwhile investment.

According to the US Geological Survey, three-quarters of the world’s identified copper resources are porphyry deposits (see map below), some of which may contain tens of billions of ore even after operating for several years like Chile’s massive Escondida mine. 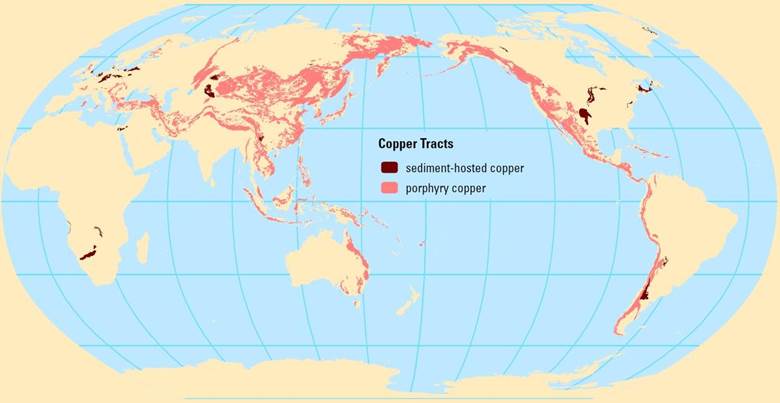 Copper miners can also lower their costs by taking advantage of these polymetallic deposits with precious metals by-products, which is the secret to success for many operations such as BHP’s Antamina.

Even the gold majors are starting to recognize the value of mining copper porphyry deposits, seeing as the metal has become a cornerstone of the global electric vehicle revolution and large gold deposits are now so hard to find.

This means the copper playing field is about to get even bigger.

Finding the Next Copper Mine

In January, RBC Capital Markets predicted that M&A in the copper space could surge in 2020. “It’s just getting more and more difficult to find copper let alone to mine it and bring it into production,” an RBC analyst quoted.

Now, any M&A deal headline would likely involve a mining junior holding what potentially could become the world’s next copper mine. The question then becomes: what kind of profile are big miners looking for?

As mentioned, any project must have the prospective scale to match a major’s appetite. This project should also have serious backing from investors and related parties to reach that potential. As well, it has to be located in an ideal mining jurisdiction, preferably in an underexplored area.

One company that ticks all these boxes is Max Resource Corp. (TSX.V: MXR) (OTC: MXROF) (Frankfurt: M1D2), which is quietly advancing one of the world’s most promising copper-silver projects in northeast Colombia, along the Andean belt that is renowned for its porphyry deposits.

This week, the Vancouver-based miner closed a $6.5 million private placement that included participation from Canadian mining billionaire Eric Sprott, who now holds a near 10% stake in the company. The fact this financing was upsized not once but twice speaks volumes about the level of interest in its CESAR project.

As a matter of fact, Max already has confidentiality agreements signed with two global copper miners, and one mid-tier miner, on this project. Such commitment is almost unheard of for a project that is still in its infancy.

A big part of CESAR’s excitement comes from the untapped mining potential of Colombia, and there are two reasons why that potential may be unlocked sooner rather than later.

First of all, the South American nation has become much more pro-mining since President Iván Duque Márquez took office nearly two years ago.

Secondly, and more importantly, Colombia is finally broadening up its mining industry after years of focusing mainly on digging coal.

In a Reuters interview, newly appointed mining minister Diego Mesa claimed that “the country is practically unexplored, almost in its entirety.”

Currently, mining concessions cover just 3% of Colombia’s territory and mining operations less than 1% of the country’s land. So, there is a great opportunity for metals such as copper, gold and even nickel, Mesa said.

As of now, the nation has pinned its economic hopes on the development of four projects including the newly opened Buritica gold mine in Antioquia province. But that number will undoubtedly grow over the coming years, and the government is looking to auction over 30 potential blocks of mining concessions as soon as 2021.

Some of the big gold players have already entered the fray. Recently, Newmont and Agnico Eagle Mines formed a joint venture near the Mid-Cauca belt, focusing on porphyry, epithermal and VMS mineralization.

In December 2019, we saw one of the year’s biggest gold deals happen with China’s Zijin Mining buying Canada’s Continental Gold and its Buritica mine at a premium price of $1.4 billion.

For juniors like Max, which has been exploring the CESAR project since last year, that is already a head start over most of its industry peers. 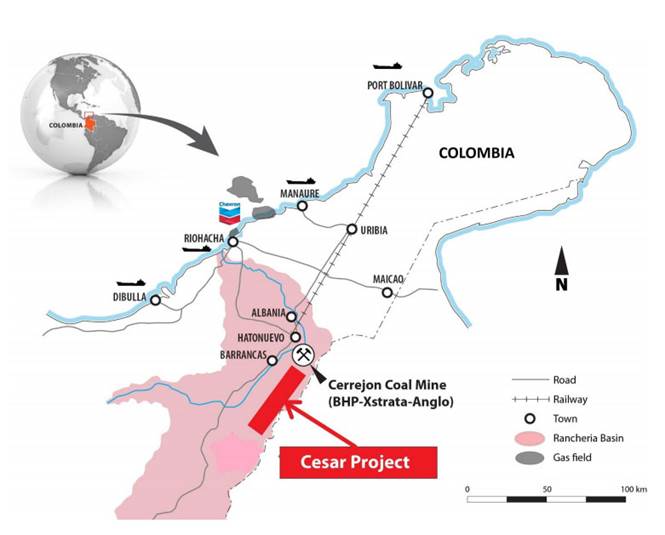 The project’s location along the world’s #1 copper belt is a big plus, especially when mining giants like BHP and Anglo American that have operated in this region were fixated on its coal in the past.

Operated by Polish mining giant KGHM, the deposit has recorded bulk mining grades of 1.5% Cu and 49 g/t Ag at an average thickness of 2 m from 500 m below surface, with mineralization spread over an area of 300 km². 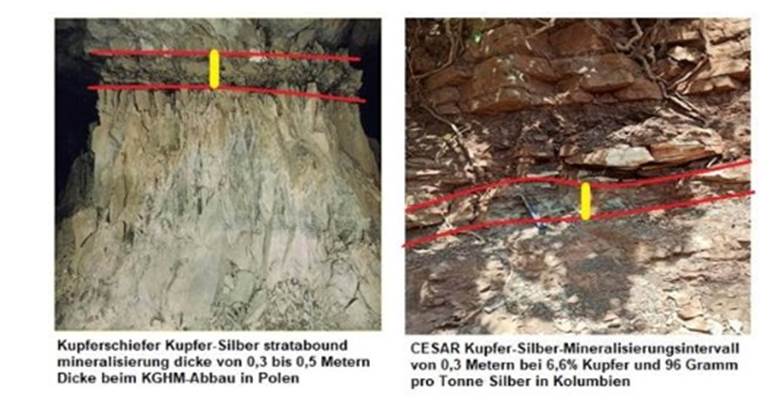 In this way, Max’s 40 km long CESAR target is an almost exact clone with grades of 1.0% Cu and 20 g/t Ag at surface spread over an identical area footprint.

The target hosts two major zones of discovery that are open in all directions: 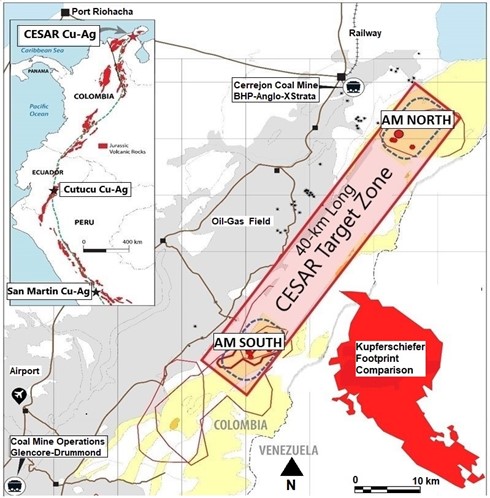 Of course, these zones are not “set in stone” and will expand with further exploration. Earlier this month, Max discovered a new 400 m mineralization at AM South, extending the stratabound copper-silver horizon to over 6.4 km of cumulative strike.

More work needs to be done still, but the early signs are promising. The company will continue to expand the mineralization at CESAR and build a Kupferschiefer-style geological model. 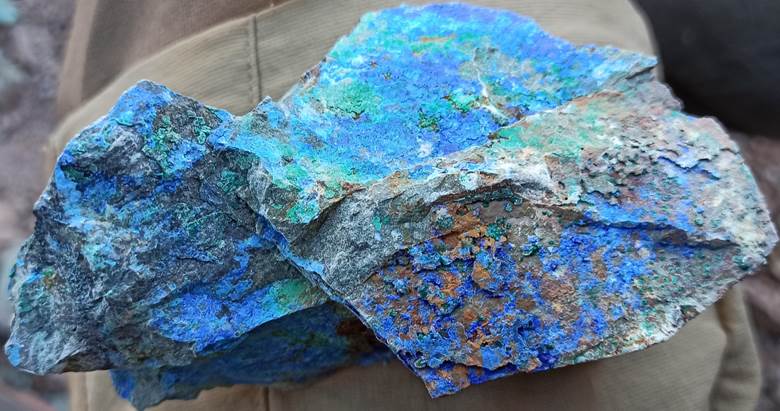 To help achieve its goal, surface rock samples have been dispatched for geochemical and metallurgical testing at the University of Science and Technology of Krakow, which has a long history of co-operation with KGHM and extensive knowledge of Kupferschiefer deposits.

Almost a year into its discovery, Max’s CESAR project appears to be the type of copper project that mining companies crave; it has both the size and location for a long-term copper play.

The high-value samples resembling a world-class deposit are also revealing, and to have deals signed with multiple majors this early in the project’s development validates what Max has done so far on the property.

With the Colombian government now looking to expand the nation’s metals sector, the value of those few existing projects in the South American nation could only go up.