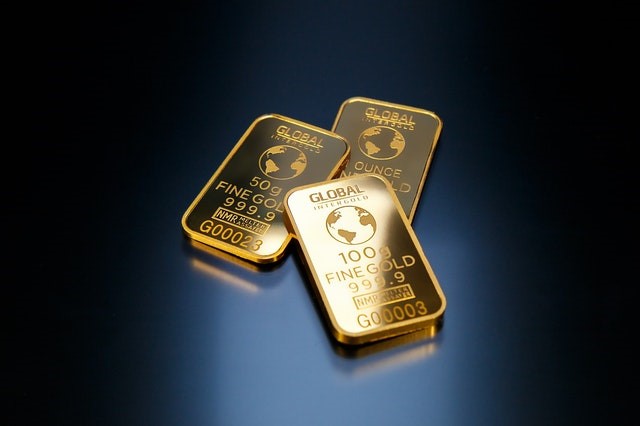 To assist with the ongoing exploration at its wholly owned CESAR copper-silver project in Colombia, Max Resource Corp. (TSX.V: MXR) (OTC: MXROF) (Frankfurt: M1D2) has commenced an analysis of historic drill core and seismic data on the Cesar basin to determine the extent of mineralization down dip from the surface.

This analysis is part of a study conducted in collaboration with the Ingeniería Geológica Universidad Nacional de Colombia (IGUN) at the Colombian Geological Survey Facility in Santander.

The CESAR project spans an area of about 500 km2 in the northern end of the Andean copper belt.

The Andean belt, which runs from northern Chile in the south, through Ecuador and Colombia, then arcs northwest into Panama, is known to host some of the world’s largest copper porphyry deposits including Escondida, Chuquicamata, Las Bambas and Collahuasi. Nearly half of the world’s copper output is produced from this belt. 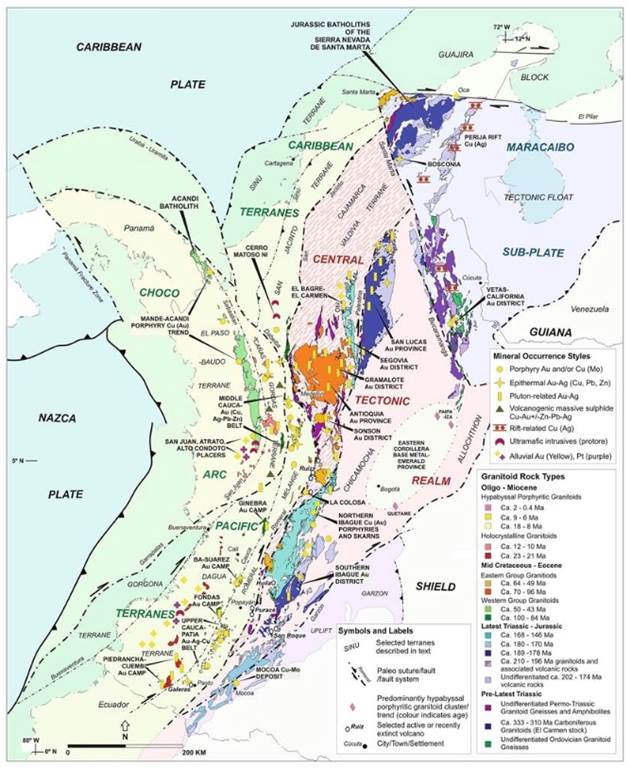 This sedimentary basin is a massive geological feature that extends for over 1,000 km from the northern tip of Colombia southwards through Ecuador and Peru. The basin was a seabed trapped behind the uplifting Cordillera mountain ranges, and the model suggests that rich copper and silver bearing fluids flooded up into the basin and deposited as they came in contact with organic matter on the seafloor.

As such, CESAR represents a type of sediment-hosted copper mineralization that is typically flat-lying, near surface, and is known to be extensive in Africa, Poland and Colombia. These types of deposits are generally higher grade than copper porphyry deposits.

The CESAR project area enjoys major infrastructure thanks to existing oil & gas mining operations including Cerrejon, the largest coal mine in Latin America, jointly owned by global miners BHP Billiton, XStrata and Anglo American (see map below). However, this area had only seen limited copper mining in the past. 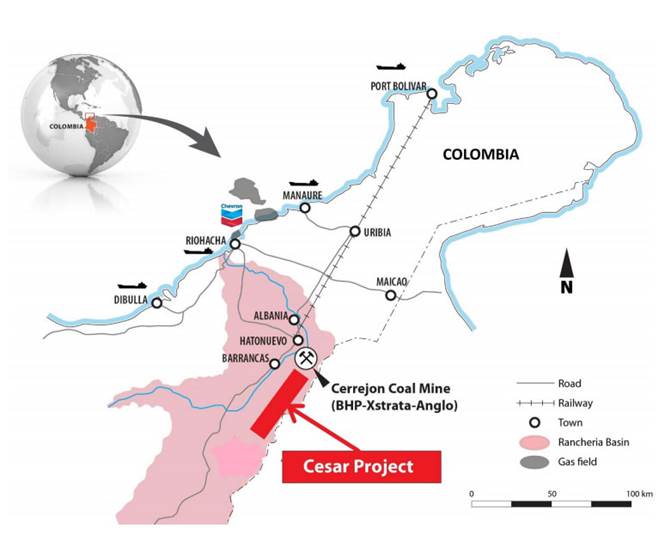 Recognizing the prospect of a major copper discovery in the CESAR region, Max Resource acquired full ownership of the property shortly after its discovery a year ago and embarked on a first-pass exploration program focused on identifying surface outcrops.

Exploration is happening on multiple fronts within the CESAR target zone, along a major part of a 200 km long sediment-hosted copper-silver belt.

Three major discoveries have been made thus far on the property:

The company will now put that to test in the next stage of its exploration beginning with the drill core and seismic analysis.

The abundance of historical diamond drill core and related seismic data from oil and gas operations will allow Max to model the paleo-topography of the mineralized stratabound horizon at CESAR. This will help with identifying prospective areas for future drilling.

Typical mineral exploration doesn’t drill 2,000 metre holes and conduct seismic surveys as it is far too expensive, even though this oil and gas type of exploration is the best method for exploring sedimentary hosted mineralization. Max would likely be saving 10’s of millions of exploration costs.

According to the company, the oil and gas drill cores, which are securely stored within this facility as required by the Colombia government, have never been studied from a metal industry perspective.

The analysis will concentrate on drill core intersecting the prospective Jurassic stratigraphy, focusing on XRF measurements, binocular microscope studies, and photography of both selected mineralized intervals and stratigraphic contacts. The results and seismic sections will then be integrated with the company’s existing database to help build a 3D structural model.

According to Max Resource CEO Brett Matich: “The modelling should confirm the continuity of Jurassic stratigraphy and the copper-silver horizons from surface to considerable depths down dip.”

In addition, the study will “greatly assist” the company’s targeted land expansion at CESAR, says Matich.

Building a geological model based on historical drill core and related seismic data is not new in the mining world. This was the same method used by global miner KGHM for its massive Kupferschiefer copper deposits in Poland.

Kupferschiefer is Europe’s largest copper mine, with production in 2018 of 30 million tonnes grading 1.49% copper and 48.6 g/t silver from a mineralized zone of 0.5 to 5.5-metre thickness. The Kupferschiefer deposit is also the world’s leading silver producer, yielding 40 million ounces in 2019, almost twice the production of the world’s second largest silver mine

Based on the CESAR North (AM North and AM South) to CESAR South discoveries at the opposite ends of the 200 km long CESAR target zone, Max believes that this large surface footprint represents another “Kupferschiefer-type” mineralization on the other side of the Atlantic.

The fact that CESAR Cu-Ag stratabound mineralization appears to be large sub horizontal sheets that repeatedly outcrop at surface adds credibility to this Kupferschiefer comparison. Average grades of 1.0% copper and 20 g/t silver at CESAR also make a compelling case.

A notable difference is that the Kupferschiefer orebody starts at 500 m below surface, whereas the CESAR mineralization starts at surface. This means Max could be looking at a district-scale, even a regionally extensive copper-silver mineralized system at CESAR.

Given these similarities, it makes perfect sense for the company to apply the Kupferschiefer exploration model to demonstrate this potential district-scale tonnage.

It’s entirely possible that the mineralized areas Max has identified at surface will correlate with the mineralization that it expects to encounter at depth in the historical oil and gas drill holes. That would enable the company to build a significant strike length and down dip extension of presently known mineralization.

For now, Max will continue to focus on regional rock sampling and mapping at surface, as well as compiling the results from a property-wide geophysical thermal analysis survey, while it awaits results of the drill core and seismic studies.

This analysis of the stratabound mineralization at CESAR cannot come at a better time.

Copper prices have stayed “red hot” over recent weeks, now approaching an 8-year high as manufacturing and construction activities continue to ramp up in China, the world’s biggest consumer.

This rally may have further to run. Goldman Sachs analysts said the recent gains are just the start of a “much longer structural bull market” in commodities, and no metal serves as a better bellwether for the global economy than copper.

Add in the fact that copper is a crucial component in almost anything that involves green technology, this is the “metal of the future” and will face no shortage of demand for years to come.

“The copper market is heading into a multi-year period of deficits and high demand from deployment of renewable energy and electric vehicles. Secular demand driver in copper is electric passenger vehicles as the average EV is about 4x as copper intensive as the average ICE automobile. Renewable power systems are at least 5x more copper-intensive than conventional power.”

At this rate, it would be impossible for the global supply to keep up with demand. Major miners are already running out of ores and are on the constant lookout for deals that could replace their reserves.

CRU predicts that global copper output will drop from the current 20 million tonnes to below 12 million by 2034, leading to a supply shortfall of more than 15 million tonnes. Over 200 copper mines are expected to be depleted before 2035, with a dearth of new mines in the pipeline.

The current state of the global copper market gives potential regional scale projects like CESAR, which compares well to the world-class Kupferschiefer deposits and is conveniently located along the Andean copper belt, a “significant leverage.”

Time will tell just how big the mineralized horizon at CESAR truly is; Initial exploration by Max may only be the tip of the iceberg, we eagerly await updates of the historic drill core and seismic analysis.

The project has certainly attracted the attention of interested parties due its favorable location and geology.

Max has three non-exclusive confidentiality agreements in place regarding CESAR: the first with one of the world’s leading copper producers, a second with a global mining company and a third with a mid-tier copper explorer.

To free the project of future royalty obligations, Max recently removed the underlying 15% net production royalties over the AM North and AM South discoveries by agreeing to annual payments of $50,000 over a ten-year period. This goes to show its confidence in CESAR and the project’s production upside.

The company also had no problem raising money to keep exploration going at CESAR heading into the new year. In October it completed a $6.5 million private placement, which saw mining billionaire Eric Sprott invest in the company for the first time with a 9.6% shareholding.