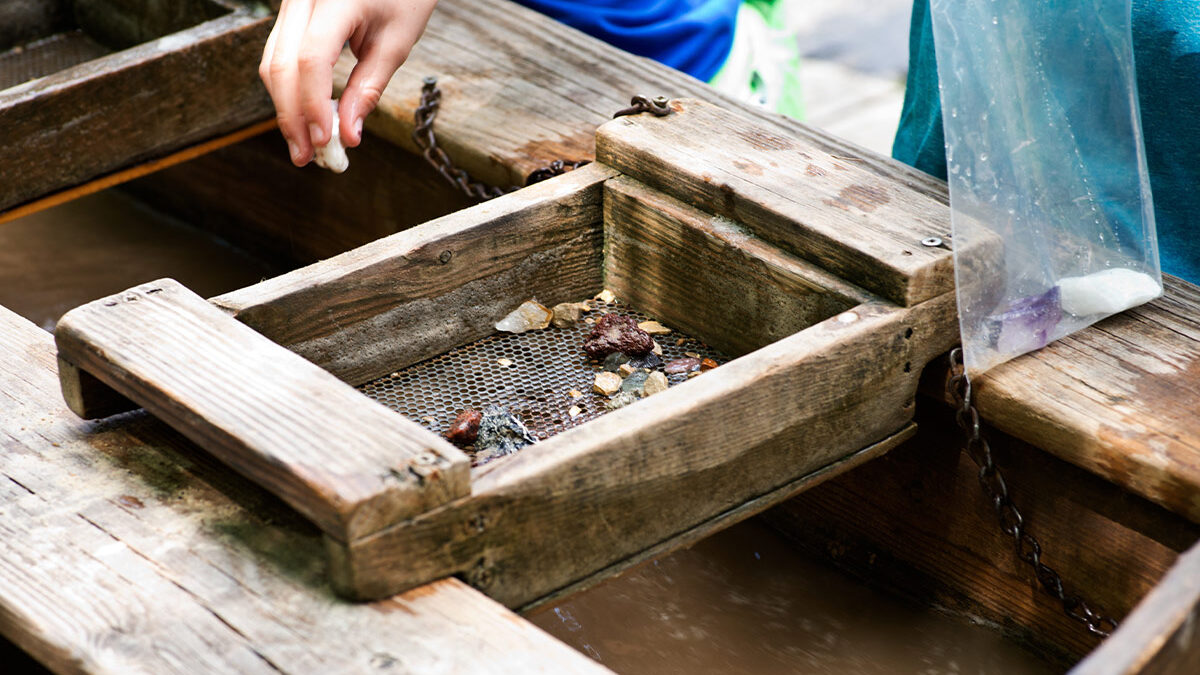 Fresh off a company rebrand earlier in 2021 and a recent asset spin-off, Marvel Discovery Corp. (TSX-V: MARV) (Frankfurt: O4T1) (IMTFF: OTC PINKS) is now ready to move forward with this year’s exploration plans, beginning with one of the most promising gold projects in Ontario.

The emerging resource company presently holds a diverse set of projects across Canada, all of which are situated in regions with a lengthy history of mining.

Earlier this month, Marvel kicked off its 2021 exploration program on the Blackfly gold project after obtaining its work permit from the Ontario Ministry of Northern Development and Mines. The program consists of trenching, line cutting and diamond drilling.

In advance of having “boots on the ground”, the company compiled all available historical data and remodeled the geophysical surveys, including Marvel’s 2020 airborne magnetic survey.

The geophysical report offered a new interpretation of the structural geology of the project, which directed the company’s exploration team to several new gold mineralization targets.

During the first days of the field work, Marvel’s geological team conducted mapping and sampling of surface exposures. The team noted the area containing the TerraX Mineral’s 2009 discovery was underlain by sheared and altered granodiorite and a northeast-trending diorite dike. The dike appears to be the cause of the linear magnetic anomaly that was identified by Marvel’s airborne geophysical survey reported in December 2020.

The team also noted that the dike and granodiorite are variably altered to chlorite-ankerite-silica-sericite-pyrite. The most intense alteration comprises strongly bleached sericite-quartz-pyrite commonly within well-foliated shear zones and along quartz vein alteration halos.

Much of the observed mineralization on the property consists of narrow veins of quartz with ankerite and chlorite. The main sulphide mineral is pyrite occurring in vein seams and strongly bleached quartz–carbonate–sericite–pyrite alteration halos about the veins with locally up to 25% euhedral cubic pyrite. Some veins range up to 2m locally.

Local fine-grained chalcopyrite was observed in several veins. At the northern extent of the area of mapping and sampling, a 10-40 cm quartz vein contains up to 5% coarse galena crystals and fine-grained pyrite and chalcopyrite within altered diorite.

The first 41 samples of Blackfly project field work have been delivered to the assay lab.

The exploration program on the Blackfly project is a continuation of the work initiated in 2020, which included the compilation of historical information and completion of high-resolution airborne magnetics and time-domain electromagnetic data collection.

Marvel’s geological team has begun the initial program work of prospecting, bedrock mapping and rock sampling. Trenching is planned for further definition of the gold mineralization associated with the known anomalies and geological structures.

Diamond drilling is planned for the summer field season with 16 drill holes.

About the Blackfly Project

It is believed that the recent resurgence of interest in the Atikokan gold mining camp is attributable to the development of Hammond Reef and Agnico’s recent efforts to stake or acquire mining lands proximal to its multimillion-ounce deposit.

The Hammond Reef gold property lies on the Hammond shear zone, which is a northeast-trending splay off of the Quetico Fault Zone and intimately associated with gold mineralization.

Assessment file records indicate the original Blackfly gold discovery was made in 1897, making the occurrence one of the earliest found in the Atikokan gold mining camp.  The project’s 45-foot shaft was sunk in 1898 shortly after gold was discovered.

The most recent reported work on the property was conducted by Terra-X during 2010-2012, which included compilation of much of the historical reports and data, diamond drilling and surface geochemistry.

According to Terra-X’s assessment report, the lineament containing the Blackfly vein has alteration and mineralization traceable over a 4.4km strike length on the property, as shown by the distribution of samples collected along it.

The best gold values from this lineament occur in the area of historical work, where TerraX’s grab samples include results of 167 g/t and 85.6 g/t Au.

In the same week that it received the Blackfly exploration permit, Marvel also made a key addition to its portfolio by acquiring 100% of a property located in the East Bull Lake Intrusive complex of Ontario.

The East Bull Lake Intrusive (EBLI) is part of the palladium-rich mafic intrusive East Bull Suite that occurs in the Sudbury region.

It is host to the New Age Metals River Valley deposit, which has measured and indicated resources of 99Mt grading 0.90 g/t PdEq, plus an additional inferred resource of 53Mt grading 0.63 g/t PdEq, located east of Sudbury, Ontario.

According to Marvel, the newly acquired property hosts a possible extension of the Folson Intrusive block, part of the EBLI. Total magnetic intensity of regional OGS surveys indicates a northwest extension to the EBLI onto Marvel’s ground.

The Pecors anomaly located to the west has been long recognized as a large, 25km long by 6km wide magnetic anomaly lying beneath Huronian Supergroup sediment cover.

Prior drilling has confirmed that part of the Pecors anomaly is at least partially attributable to rocks of a gabbroic affinity, as drilling in 2015 intersected 0.224 g/t Pt+Pd+Au over 22.45m beneath the overlying sediments.

A regional magnetic feature between the Pecors anomaly and the EBLI to the east may suggest these two mafic intrusive suites are connected. This connector and the southeast extension of the Pecors anomaly are hosted within the Marvel claims (see figure below).

“We are excited to acquire such a strategic piece of ground in a proven palladium endowed mafic intrusive complex such as the East Bull,” Marvel’s CEO Karin Rayani stated in the May 4 news release.

“The rapid advancement and success of Grid Metals and Canadian Palladium on contiguous properties positions the Marvel acquisition as a property of high merit for the source of palladium and platinum mineralization,” he added.

With the global commodity market as healthy as ever, now is an exciting time for miners to accumulate projects and expand their footprint across the mineral-rich areas of the world.

This is exactly what Marvel Discovery has been consistently doing for years, targeting properties in close proximity to known deposits so that results can be rapidly generated using modern methods to bring current resource estimates.

Its diverse set of projects has also received plenty of investor interest. The company recently raised total proceeds of $300,000 through an offering of flow-through units priced at $0.125 each (the stock is presently trading at $0.10 a share).

This capital will be used to advanced another one of its highly prospective projects, the Duhamel nickel-copper-cobalt property in Quebec.

Richard does not own shares of Marvel Discovery Corp.
(TSXV:MARV). MARV is an advertiser on his site aheadoftheherd.com 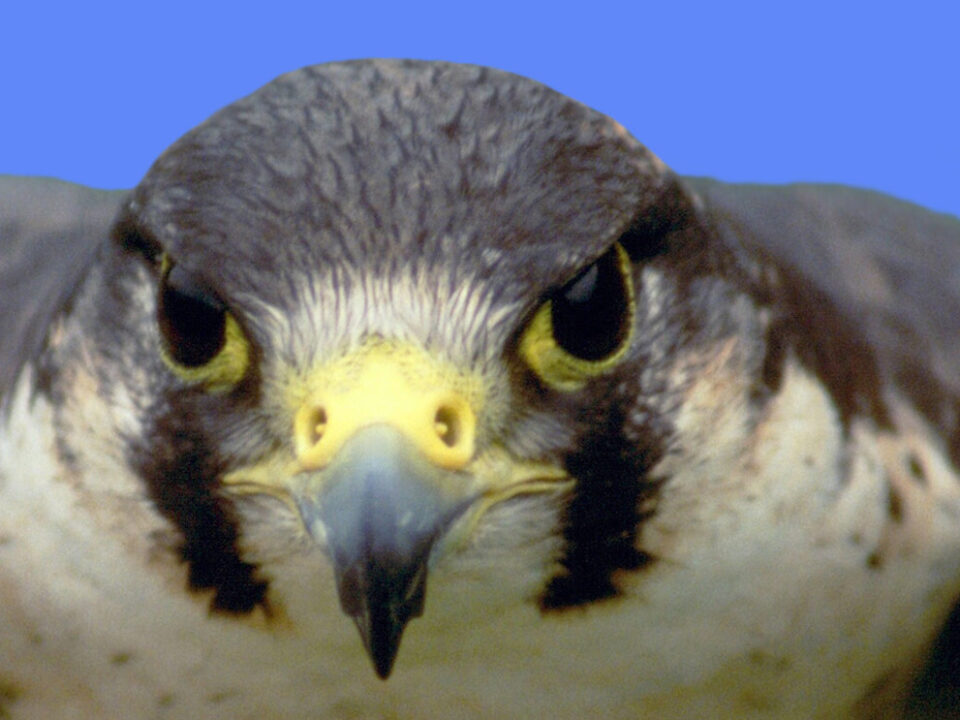