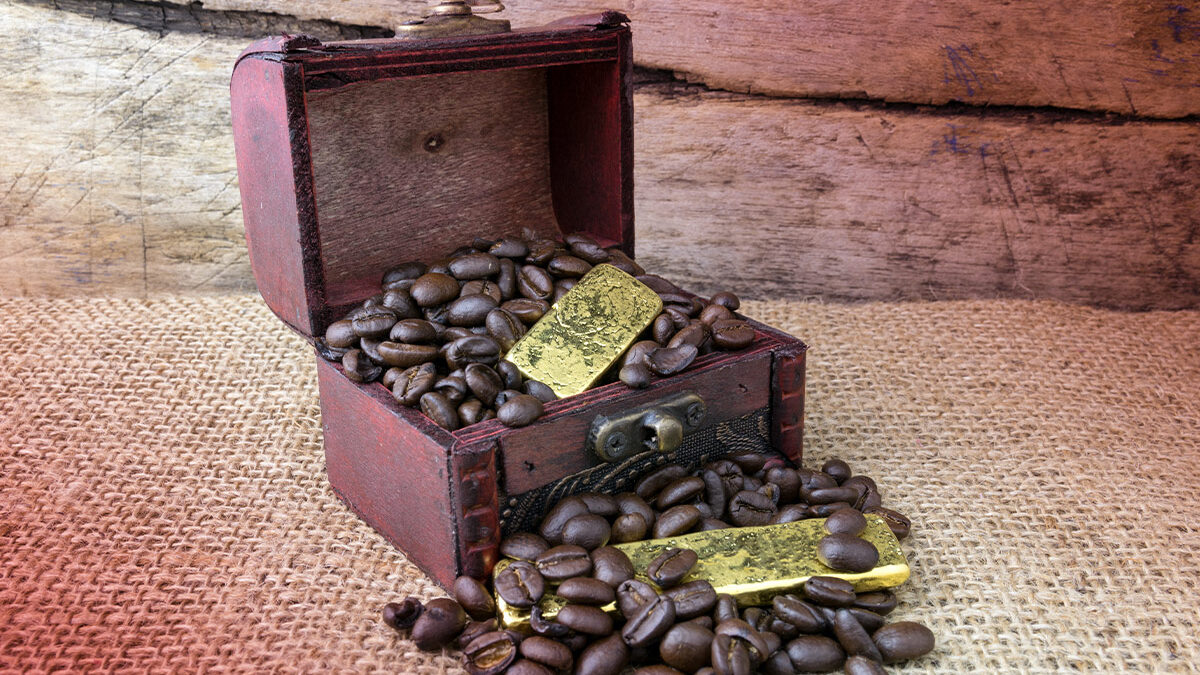 Inflation is one of the best determinants of gold price movements, because investors buy precious metals as an inflation hedge when the prices of goods and services are rising faster than interest rates.

Although gold offers neither a yield (bonds, GICs) nor a dividend (stocks and mutual funds), it is considered a smart investment when inflation diminishes an investor’s principal or erodes the purchasing power of a currency.

Gold is even more popular when real interest rates, typically the yield on the US 10-year Treasury note minus the inflation rate, are below zero, like currently.

The current 10-year Treasury note yields 1.75% and the December CPI rate of inflation (minus food & energy) is 7%, making real interest rates minus 5.25% — an ideal environment for gold prices.

Ticking off all the bullish factors for gold right now, we have rising and “sticky” inflation that is pushing up against Fed plans to control it with a pitiful 1% rate increase this year, at most 2% over two, and negative real bond yields which are always a strong buy signal for gold investors.

Rising geopolitical tensions add to gold’s allure. There are a number of hot spots in the world today that could easily flare up into a conflagration that escalates into a shooting war or even the nightmare scenario of missiles being launched.

They include the ongoing threat of war between North and South Korea that would draw in the United States; tensions between the US, China and its neighbors over Taiwan; and a migrant crisis in Belarus that Ukrainian officials believe is a ruse invented by Russia to stage an invasion of Ukraine, similar to what happened in 2014 when Russian forces annexed Crimea.

Gold’s move up this week coincided with the Biden administration’s announcing $200 million in military aid to Ukraine, citing fears of a Russian invasion.

At AOTH, we like physical gold bullion for its store of value, and gold juniors for their leverage to rising gold prices. One of our favorites is Mexico-focused Magna Gold.

Magna aims to become Mexico’s next major precious metals producer with multiple gold and silver assets spread across the mineral-rich states of Sonora and Chihuahua.

The company’s crown jewel is the former producing San Francisco mine, which was rebooted in the third quarter of 2020 and achieved full-scale commercial production last summer.

Mexico is a country best known for its abundance of precious metals.

Its rich mining history dates back some 500 years ago with the arrival of Spanish conquistadors who were enticed by the land’s wealth of silver and gold.

Today, it has grown into one of the top metal producers in the world. Not only is it the biggest silver producer, Mexico also ranks among the best gold-producing countries.

According to the US Geological Survey (USGS), Mexico’s silver production reached nearly 5,600 tonnes in 2020, about 2,200 tonnes more than second-place China, representing over 20% of the global mined output.

The nation’s vast resources and mining-friendly policies make Mexico a prime destination for explorers looking for the next high-grade discovery.

The mine was previously operated from 1995 through 2000. During that time, approximately 13.5 million tonnes of ore at a grade of 1.13 g/t Au were treated by heap leaching, and 300,834 ounces of gold were recovered.

Mining operations ceased in 2001 as a result of low gold prices, although leaching and rinsing of the heap continued for approximately one year after.

In 2005, Timmins Gold (now Alio Gold) acquired the mine and processing equipment and began commercial operations in 2010. Since then, the mine has produced more than 820,000 ounces of gold, making it one of Mexico’s most successful gold mining operations in recent history.

Looking to re-establish San Francisco as a profitable mine, in March 2020, Magna agreed to take on the project, with a long-term view of improving the mine operation.

Now at full capacity, the San Francisco mine is capable of producing as much as 90,000 oz of gold annually.

There is also ample room for resource expansion, with an estimated upside of 3Moz gold and 50Moz silver.

Gold sold during the quarter was 16,305 ounces at an average realized gold price of $1,780 per ounce.

Although the strip ratio increased in Q4, it is expected to trend down, towards the life of mine average of 2.5 going forward.

“When we began the year, a very aggressive production target of 55-65K ozs was set — aggressive considering we were in the process of re-establishing production and ramping up at San Francisco. I am proud of the team as they exceeded our production targets in what was a challenging year industry-wide,” said Arturo Bonillas, Magna’s President and CEO, in the Jan. 26 news release. He added:

“2022 will be a transformative year for Magna as we look to generate meaningful cash flow, increase production at our operation and continue our aggressive growth plans through both organic and M&A-driven initiatives.”

Meanwhile, Magna has been advancing some of its other precious metals assets across Mexico. The next area of exploration focus is Chihuahua, where its newly acquired Margarita silver project is situated.

Margarita is part of a low-intermediate sulfidation epithermal Ag-Pb-Zn system, which can be traced to many of Mexico’s producing silver mines. The property hosts 7 km of outcropping multiple veins; only one vein has been drilled.

Magna has obtained all necessary exploration permits to advance the project. Resource definition drilling is slated for completion by mid-February, with a maiden resource estimate and a PEA scheduled for release by the end of the first quarter.

Elsewhere, the company has drill programs planned at the San Judas and Veta Tierra gold projects, as well as the La Pima silver project.

Under the current commodity price environment, it’s safe to say that Mexico will remain a hotbed for investors given its mining history.

With a handful of intriguing gold and silver assets in its portfolio, Magna Gold represents an exciting prospect.

As we’ve stated before, the company is on the verge of leading the next generation of mid-tier precious metals producers in Mexico. As things stand, it could be a matter of when, not if.

Richard does not own shares of Magna Gold (TSX.V:MGR). MGR is a paid advertiser on his site Aheadoftheherd.com

Positioning for the next precious metals up-leg

Dolly Varden through just over 25% of 2022 drilling; focus is on silver and gold targets at the newly consolidated KItsault Valley Project