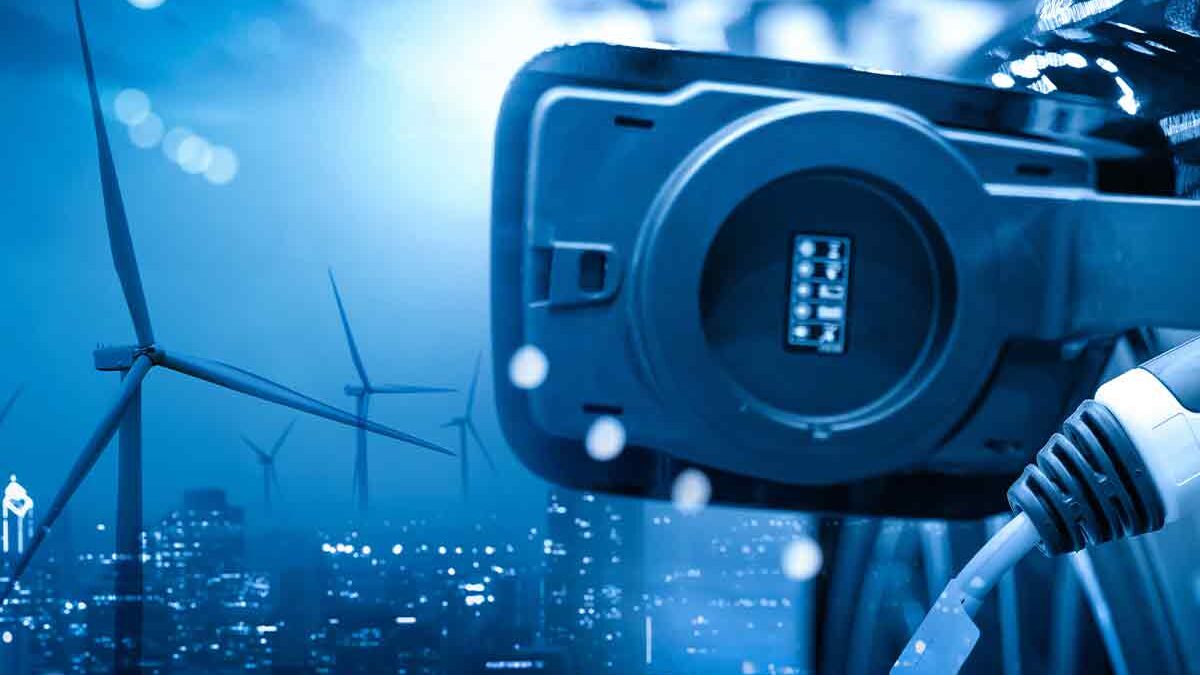 In late July, Canadian junior miner Lomiko Metals (TSXV: LMR) (US-OTC: LMRMF) made its presence felt in the battery minerals space with the delivery of a Preliminary Economic Assessment (PEA) on its La Loutre graphite property in Quebec.

The company’s project is situated 117 km northwest of Montreal, and 53 km east of Imerys Carbon and Graphite’s Lac des Iles mine. Originally explored for base and precious metals, the property also hosts graphite as evidenced by historical reports.

The 2,509-hectare project comprises two zones: the Electric Vehicle (EV) zone and Graphene-Battery zone (see map above). The names are derived from the potential applications for the graphite contained in each zone.

Lomiko says its aim is to make La Loutre a cornerstone mine for future growth in the province. With the support of a strong treasury, the company plans to commence a preliminary feasibility study and environmental impact studies while continuing to explore the geological potential of the property.

Cash costs are projected to be $386/tonne graphite concentrate, and all-in sustaining costs (AISC) at $406/tonne.

Initial capital costs for the project were estimated at C$236.1 million, which includes mine pre-production, processing and infrastructure, with another C$37.7 million budgeted for sustaining capital over the mine life.

Using a graphite concentrate price of $916/tonne Cg and an 8% discount rate, the PEA established an after-tax net present value (NPV) of C$185.6 million and an internal rate of return (IRR) of 21.5% for the project. Its initial capex could be paid back in just over four years.

According to Lomiko, the figures presented in the La Loutre PEA “clearly” demonstrated its potential to become a major graphite producer in North America, as well as a “highly profitable mine in one of the most prolific producing regions in Canada.”

Small-cap investors also welcomed the PEA results, bidding up the company’s stock to a two-month high immediately following the announcement with over 350,000 shares changing hands in one day.

One of the most important aspects investors may have noticed about La Loutre is its exploration upside.

The PEA study indicated the property has the geological potential to extend the mine beyond its initial 15-year life. There is also opportunity to expand the scale of production by increasing the existing resource through ongoing exploration and drilling.

FRC’s analysis is based on a robust PEA for the La Loutre graphite property, as well as the company’s financial standings and its exploration potential relative to comparable miners.

According to the firm’s calculations, Lomiko’s shares are trading at just 16% of the project’s after-tax NPV of C$186 million (and IRR of 21.5%) given by the PEA. The NPV and IRR figures are considered healthy by FRC even in weaker scenarios.

The 15-year mine life (open-pit and flotation) at 4,100 tpd was considered a conservative estimate, as it accounted for only 65% of the indicated and inferred resource.

The study also showed a 141% increase in the La Loutre resource estimate versus FRC’s original estimate of 75%, with weighted average grades increasing by 20% as well.

Financially, Lomiko is in good standing with nearly C$3.8 million cash on hand and working capital of C$4 million as of July 31. Outstanding stock options and warrants could bring in another C$4.3 million to the company’s treasury. Its extremely high current ratio (96.9) indicates the company has accumulated a large amount of assets relative to debt.

Integrating the PEA results, FRC placed LMR at a value of C$0.38 per share using the DCF (Discounted Cash Flow) valuation model (see below). However, this was based on a significantly higher discount rate of 15% to account for the risks associated with development projects.

As a graphite investment, Lomiko also looks relatively palatable compared to its peers.

On an enterprise value to resource basis, FRC determined that LMR is trading at C$15/t versus the sector average of C$27/t (as of August 6, 2021).

From this, the firm arrived at a valuation of C$0.23 per share for Lomiko’s comparables, which implies that LMR is severely undervalued in the current market.

The table below shows LMR and comparable junior resource companies focused on graphite projects. Note that none of the projects are directly comparable, as there are significant variations in the characteristics (flake size, distribution, grade, etc.) of each project.

FRC also pointed out that after reporting strong gains in the first few months of this year, shares of graphite mining juniors have pulled back in the past few months, but are still trading significantly higher year-on-year. Graphite prices have stayed relatively flat year-to-date.

FRC believes that the recent dip in share prices offer a good entry point for investors, as it sees demand for natural graphite used in batteries to grow by at least 5 times this decade, with the market entering a supply deficit beginning in 2025.

As we know, investing is all about seeking value over time by recognizing macro trends in the global economy.

In the midst of a “clean energy” transition, EV battery materials are braced for an unprecedented surge in demand as investors pin their bets on more aggressive climate pledges going forward (more so in the aftermath of the recent IPCC report).

Graphite is a foundational part of this revolution. Like lithium, it is a key ingredient in EV batteries.

In fact, a standard lithium-ion battery contains 10-15 times more graphite, which is used in the anode, than the cathode material lithium. This makes graphite irreplaceable in the modern EV battery chemistry.

Based on the current trajectory of accelerated battery use, Benchmark Mineral Intelligence estimates that the amount of graphite needed will rocket to 1.75 million metric tonnes by 2028, a nine-fold increase over 2017 levels.

Similarly, UK-based consultancy Roskill expects total graphite demand over the next 10 years to grow around 5 to 6% per year. A recent BloombergNEF study estimated that 4 times more graphite will be needed by the end of this decade (see below).

At this rate, demand would comfortably outstrip graphite supply within years. Last year, the global mined production of graphite was 1.1 million tonnes, suggesting a coming supply deficit if no more graphite supply sources are developed.

In North America, the situation is more dire, as most of the continent relies on foreign imports of natural graphite. About 70% of the world’s output comes from China, the biggest EV market, giving it a near-monopoly status in the graphite market.

In contrast, the US, while also an economic powerhouse, has no domestic production of graphite. Canada only produced 10,000 tonnes in the past year, representing 1.5% of China’s output.

This is why both the US and Canada have firmly placed graphite in a list of critical minerals that are deemed vital to the economic security of their respective nations. In January 2020, the two governments announced the Joint Action Plan on Critical Mineral Collaboration, aiming to develop a strategic pathway for domestic production of graphite and other key minerals.

This year, beneficiaries of this homegrown strategy are beginning to emerge. In February, the Quebec government gave the green light to Nouveau Monde (TSXV: NOU) to begin construction work at its Matawinie graphite project.

Once complete, this will be the largest graphite mine in North America, with an estimated 100,000 tonnes of production over a 25-year life according to the 2018 Feasibility Study.

Over the past 12 months, Nouveau Monde has seen its stock more than quadruple on the back of positive developments on its proposed graphite mine.

Located 200 km southwest of Matawinie is Lomiko’s La Loutre property, which offers a similar annual production capability based on an earlier-stage study. Could this be the next large-scale, low-cost graphite project in Canada?

At present, there is only one graphite mine in operations across North America — the Lac des Iles mine (Imerys Graphite & Carbon), located within the same mineral-rich part of Quebec as La Loutre. However, this mine is slated for closure in 2022, which means a suitable replacement must be sought out, presenting LMR an opportunity to rise to the occasion.

“La Loutre has shown it has the potential to become a highly profitable graphite mine in one of the most prolific producing regions in Canada,” LMR president and CEO Paul Gill recently stated in a press release.

Commenting on the critical minerals collaboration agreements Canada has in place with the US and EU, Gill said: “Our goal for the project is to provide a source of competitively priced graphite for customers in the North American and European markets.”

Richard does not own shares of Lomiko Metals (TSX.V:LMR). LMR is a paid advertiser on his site aheadoftheherd.com