Lithium-ion batteries find their most common applications in small electric devices, power tools and electric vehicles, but they can also be employed in large-scale energy storage. As renewable energies come down in price and become a larger percentage of countries’ total energy mixes, the need to store energy for later feeding into the grid will become more and more important.

That’s because solar and wind power, for all their green (emissions-free) credentials, are only useful when the wind blows or the sun shines. Capturing their energy for later use has become one of the most pressing technical dilemmas of the 21st century. A breakthrough would shift renewables to a form of baseload power and break their dependence on natural gas “peaker plants” to supply power to the grid when solar panels or wind turbines aren’t producing any.

Researchers at Imperial College London developed a model to determine the lifetime costs of nine electricity storage technologies for 12 applications, between 2015 and 2050. The model predicted that the cost of lithium-ion batteries would fall far enough to beat pumped hydro energy storage – currently the cheapest way to keep energy on ice, as it were. 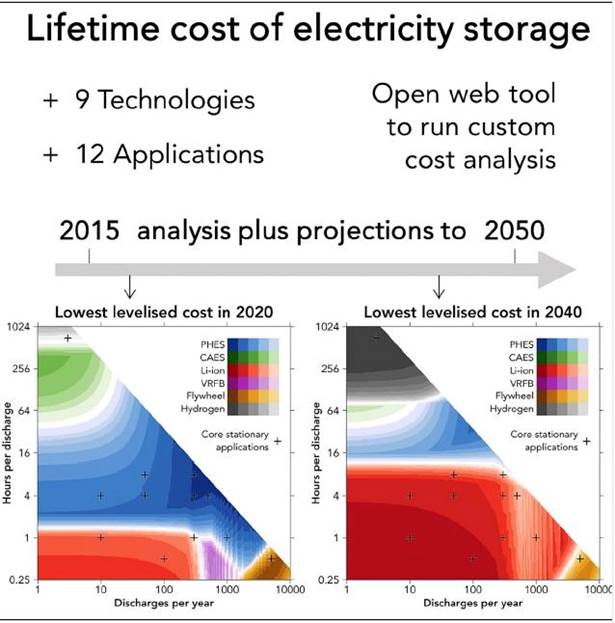 The finding is another arrow in the quill of lithium-ion battery makers and lithium miners, opening up a potentially lucrative market for lithium and other metals that go into lithium-ion batteries, beyond electronics and EVs.

While the energy storage market is currently very small – just 1.4GW worldwide in 2017 – it could reach 8.6GW by 2022, according to GTM Research. The US and China are currently the biggest supplies of stored energy and are expected to remain so until 2022, GTM Research said in a 2018 report. 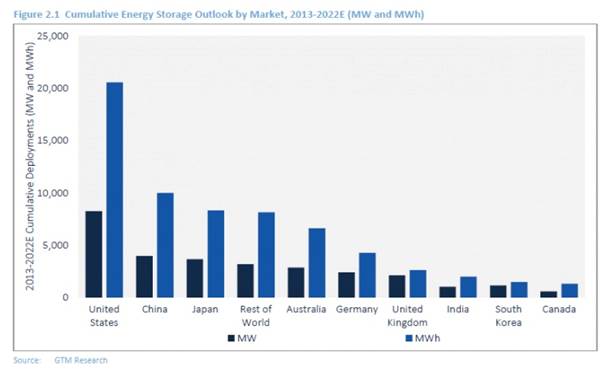 The greatest obstacle to greater large-scale energy storage market penetration is cost; it is still prohibitively expensive. Forbes notes that the cost of lithium-ion battery storage for “front-of-meter” units (where energy needs to be quickly provided to the grid) ranges between $282 and $347 per megawatt hour. By comparison a natural-gas peaker plant is $175/MWh.

In PHES, water is pumped to a higher elevation where it is stored, then released downhill into turbines to produce energy when needed.

PHES systems have been providing energy storage in the United States and Europe since the 1920s. In the US, 38 facilities store about 2% of the country’s electrical generating capacity, compared to 5% in Europe and 10% in Japan.

The technology continues to be employed at new sites. Planned installations include 14 lakes earmarked in Tasmania, nine projects in Australia, and five pumped hydro storage plants announced by China yesterday. 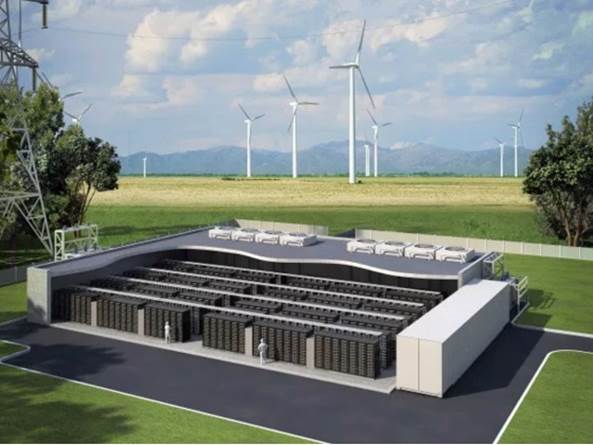 The ability of lithium to be used in rechargeable batteries has been known about since the early 1900s, but lithium-ion batteries have only been available in the last 27 years. As the lightest of all metals, it was discovered that having rechargeable batteries with lithium on the anode could provide extremely high energy densities. Attempts to commercialize lithium batteries in the 1980s, for use in mobile phones, failed because small particles called “dendrites” would accumulate on the anode. This caused an electrical short.

Research then shifted to a metallic solution using lithium ions. While lower in energy than lithium-metal batteries, lithium-ion batteries are safer. The first lithium-ion battery was produced by Sony in 1991. There are three parts to the battery: a cathode (positive electrode), an anode (negative electrode) and a conductive electrolyte. The cathode is composed of metal oxide and the anode is made from graphite. Ions flow from the anode to the cathode through the electrolyte and separator, as illustrated in the graphic below by Battery University. When the battery is charged, the reverse happens, with ions moving from the cathode to the anode. 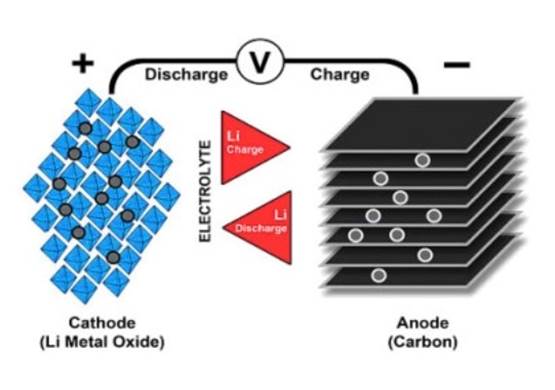 Either lithium carbonate or lithium hydroxide can be used as the raw material for the lithium-ion battery cathode.