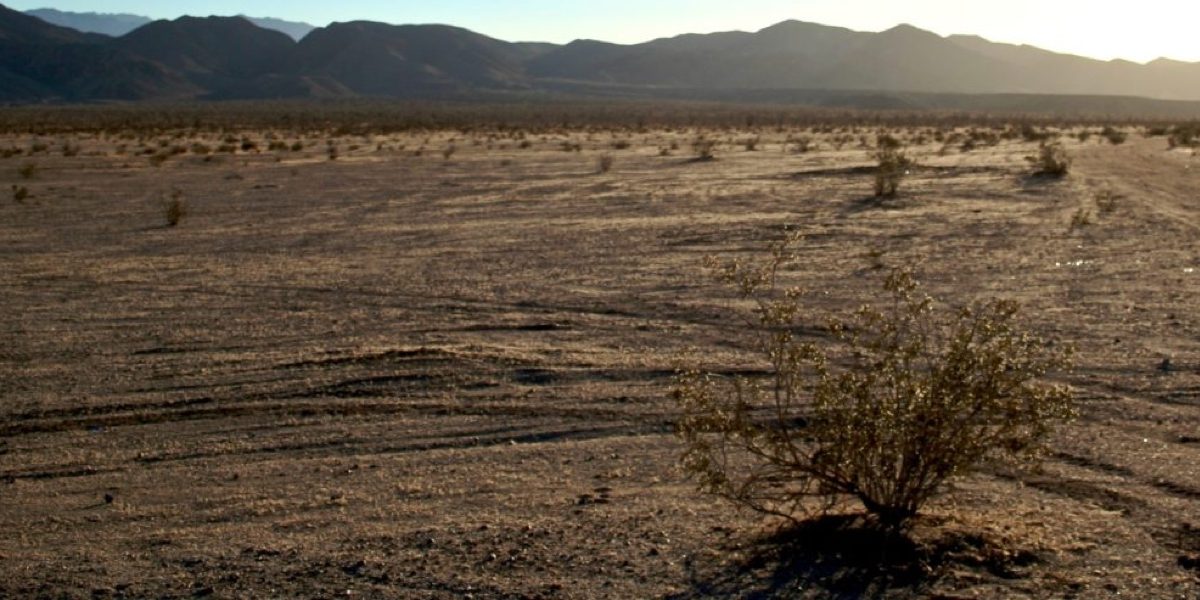 Brigadier Gold (TSX-V:BRG) is an example of how quickly a company can form, start trading, and initiate a drill program, in a red-hot junior mining market.

Normally it takes months to assemble a team, organize an IPO, and announce the new company to the market. Then begins the long slog of raising enough money for an initial drill program, which can take many more months, even years.

Over the past 60 days, the Mexico-focused explore-co has gone from looking for a project, to finding a project, to being financed to develop that project, to starting an aggressive drill program at Picachos, the gold property Brigadier Gold decided on after an extensive search.

“When we announced Picachos, within two hours we had our $3.5 million financing. Quadruple subscribed…. our legal team and myself were overwhelmed with the response for this project in Mexico,” says President & CEO Ranjeet Sundher, in a recent video interview with Mexico Mining Center News.

Sundher goes on to say that Brigadier Gold isn’t re-inventing the wheel. Far from it. They are simply following the success that its neighbors to the north and south are having, in an established gold and silver district.

“We’re not talking anything grass roots, we know there’s lots of gold there, lots of silver. We know it’s an economic grade, so all we need to do now is be the first company to systematically drill it, to prove out what we believe will be a resource, and a commercial opportunity.”

The BC-based company entered the limelight with its recent acquisition of Picachos, a 3,954-hectare, drill-ready property centered over the historic “Viva Zapata” National Mineral Reserve due east of Mazatlán.

Within a month, the newly listed company managed to raise $4.2 million – which is extraordinary for a junior of its size, just $18 million market cap – and is moving quickly to drill Picachos by month-end.

The company has over 100 years of collective experience in resource development and capital markets. Led by President & CEO Ranjeet Sundher (25 years in capital markets), the team includes special advisor Garry Clark, Executive Director of the Ontario Prospectors Association, who is also on the Ontario Minister of Mines Mining Act Advisory Committee.

Ms. Robinson, P.Eng, has detailed knowledge of the property, having assembled it some time ago. A geologist with an extensive resume to her name. Robinson is a member of working groups organized by the Mexican Mining Chamber (CAMIMEX), speaks fluent Spanish, and is a Qualified Person as defined by NI 43-101. Robinson has authored more than 20 technical reports and has published several papers for the Society of Economic Geologists.

Brigadier has signed an option agreement to acquire a 100% interest in the Picachos gold-silver property in Sinaloa State.

The project features over 150 historic mines and underground workings, high-grade veins open at depth, and it is road accessible, with drill permits and agreements with the local community already in place.

Picachos is about a four-hour drive from Mazatlán via state highway and paved road to the town of Cacalotán, then by country road into the property. Mine workings are accessed from about 20 kilometers of roads within the project’s boundaries.

Primary targets include under-explored gold veins at the past-producing San Agustín mine, and La Gloria, a historic mine with rock samples containing 21.1 grams per tonne gold and 6 g/t silver across 0.8m.

“We’re attracted by the fact that there’s a 7-km strike length of high-grade gold and silver values, lots of historical workings, so number 1 we know there’s high-grade gold and silver on the project, number 2 we know it’s the right depth, because of the previous mining operations, but the most important thing is it’s never been drill-tested, so there’s lots of upside potential and we know exactly where to start,” Sundher told AOTH in a recent video interview.

Comprising four mining concessions, Picachos hosts two precious metal vein systems and a large porphyry copper prospect. It overlaps part of the western foothills of the Sierra Madre Occidental, one of the world’s largest silicic igneous provinces. Regional geochemical work at the turn of the millennium highlighted the reserve as one of the largest contiguous anomalies for gold and base metals.

It sits on one of the largest, most contiguous and highest amplitude anomalies for gold, silver and base metals in regional fine-fraction stream sediment samples in the Western Sierra Madre, with values up to 6,841 parts per billion (ppb) gold in fine-fraction, active channel stream sediments, according to the Mexican Geological Service (SGS), which staked and explored it in the 1980s.

The highlights from 16 holes recently returned from the Napoleon Vein Corridor at Panuco, were 1,541 grams per tonne silver-equivalent (AgEq) (includes silver, gold, lead and zinc) over a 2m intersection, and 261 g/t AgEq over a lengthy 22.6m.

At the San Agustín mine, about 665 meters of underground development has been completed. Underground sampling by a previous operator returned an average 81.22 g/t Au and 73.36 Ag across 1.2m. Values from the bottom of a 45-meter-deep production shaft were 185 g/t Au. In 2014, Vane Minerals test-mined three rounds from the south face. Average assay values were 15.8 g/t Au and 63 g/t Ag across a width of 2.5 m. The veins are open at depth and have never been drill-tested.

Brigadier Gold is readying drill targets for an exploration program focused on the former mine site. A minimum 5,000 meters is planned, in approximately 40 holes targeting four high-grade gold-silver veins. The drill holes are expected to be between 90m and 300m long.

The company is focused on proving the potential for multiple high-grade gold-silver veins; the depth, strike length and continuity of the veins; and understanding the source of the vein-hosted mineralization, along with its potential relationship to copper porphyry mineralization identified on the property.

Along with San Agustín, the first-ever drill program at Picachos will zero in on the Mochomos vein, where a historic rock chip channel sample yielded 18.5 g/t Au and 570 g/t Ag over half a meter; the Los Tejones vein with values of 28.6 g/t Au and 114 g/t Ag across a meter; and the Fermin vein, which sampled 268 parts per million (ppm) Ag and 0.3 g/t Au over 1m.

The first round of drilling is designed to test approximately one kilometer of vein strike between the past-producing San Agustín mine and the Tejones Prospects.

We know Brigadier Gold has chosen its targets, but it is interesting to hear Sundher saying that the company plans to approach Picachos with a similar strategy to its neighbors, Vizsla Resources and GR Silver. Here he is again, speaking with Mexico Mining Center News:

“[Vizsla is] drilling underneath old mine workings, similar to GR Silver. That’s exactly what we’re doing, we’re opening up our drill program underneath the San Agustín mine… We think we’re going to have decent success, we want to move the project forward as fast as possible while there’s money to do it with.”

That’s what we like to hear. Make hay while the sun shines. And as far as I’m concerned, there are no clouds moving in to disrupt this spectacular high-pressure system of a precious metals bull market.

Bullion prices have climbed 25% year to date, as investors choose gold as a safe haven amid widespread economic uncertainty created by the pandemic. They believe gold will hold its value better than other assets such as stocks and bonds.

Could gold’s price climb another $1,000, to Bank of America’s US$3,000 target? It’s my opinion that gold’s bull run is going to continue for a while yet, and that bodes well for AOTH’s gold and silver-focused juniors to continue their runs or be acquired by a major/mid-tier miner.

But what of silver? Silver hit $US50 an ounce when gold was $1,900. Today with gold at $1,944, silver, despite a nice pop recently, is lagging gold’s record-breaking run, currently sitting at just US$26.94 an ounce. Imo silver’s got some serious running to do just to play catch-up. If B of A’s call on $3,000 gold is right, my thinking is silver blows right through $50.

Newly minted Brigadier Gold stands out like a sore thumb among its Canadian junior exploration company peers operating in Mexico.

Its $18 million market capitalization is a pale ghost compared to neighboring GR Silver and Vizsla Resources, at a respective $97 million and $146 million, much less the towering bars on the right, Discovery Mining and Bear Creek Mining.

At AOTH we believe this, in our opinion, undervalued stock presents an excellent opportunity for investors looking for an early-stage silver/ gold play.

Brigadier Gold is a fully funded junior about to explore a property that, despite having +150 historic mines and workings, has never seen a full-scale drill program. Until now.

Its neighbors to the north and south are hitting high-grade gold and silver discoveries on a regular basis, causing their share prices to take off. Brigadier might be in the starting blocks of what could be a big run too, if the drills find what management, and AOTH, is expecting them to, at the four targets centered around the historic San Agustín mine.

The company checks all the boxes we like to see in a discovery-phase junior: cashed up from a recent financing, led by experienced management, working in a safe country jurisdiction in an area known for historic mining, with high-grade veins and loads of exploration and discovery upside.

Brigadier Gold has just 58.4 million shares outstanding, with potentially $6.7 million available from the exercise of warrants.

Drills are expected to be turning very soon, by the third week of September. I expect a steady flow of news starting in October and lasting until well into next year, at least.

Richard Mills does not own shares of Brigadier Gold. BRG is a paid advertiser on his site aheadoftheherd.com