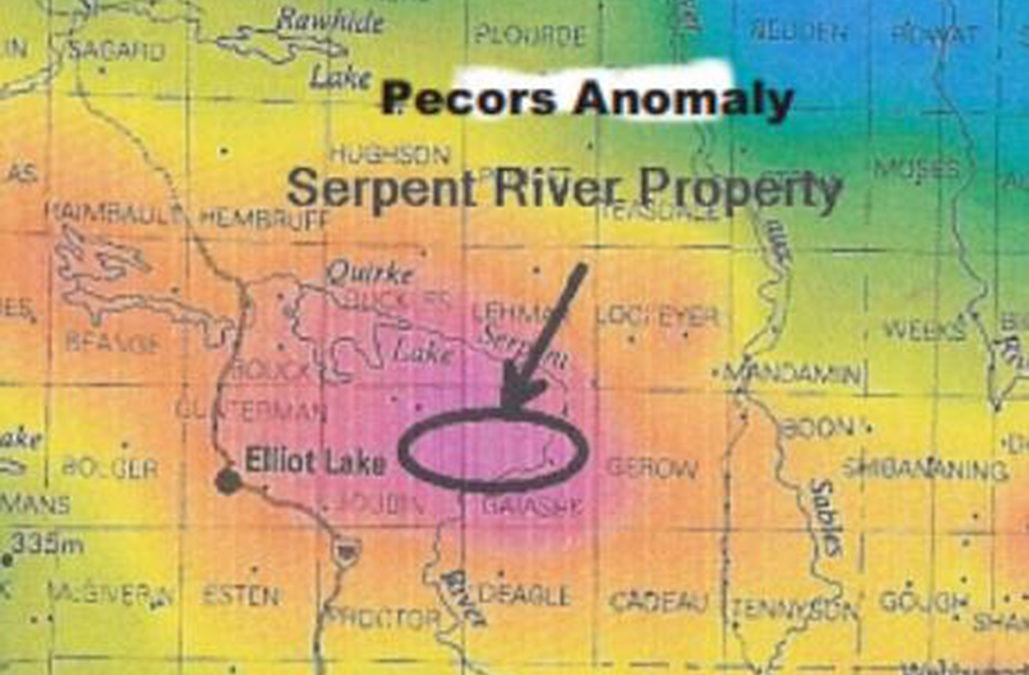 The exploration permit will allow the Vancouver-based company to delineate the extent of Ni, Cu and PGM mineralization discovered during 2015 drilling and a VTEM geophysical survey on the Pecors anomaly. Past exploration by Montoro outlined a significant 5.7-km long x 2.5-km wide anomaly, which it plans to drill test under the permit extension.

According to Karim Rayani, President & CEO of International Montoro Resources, Pecors appears to be a new source of PGE mineralization within an area close to Grid Metals (TSXV:GRDM) and Canadian Palladium (CSE:BULL). Both of these neighboring companies recently reported significant drill results.

Meanwhile on Dec. 9, Montoro announced it has received airborne geophysical data from its Blackfly gold project, also located in the Atikokan camp. The company believes it can target new gold mineralization along the magnetic feature that contains the Blackfly Main, Northeast, and Southwest gold zones over its 5-km length.

Before delving further into both news releases, a bit of background on both projects and the companies that are exploring in close proximity.

Montoro originally acquired the Serpent River property for its uranium and rare earths potential. Uranium mineralization on the 10 claims was found to be typical of past-producing mines in the Elliot Lake mining camp. Following a drill program, Rio Algom Ltd. outlined a resource estimate in the Pecors East Zone containing an Indicated resource of 14.8 million pounds grading 0.037% U3O8.

Subsequent drilling by Montoro found uranium values in the mineralized quartz pebble conglomerates consistent with historic results, as well as rare earths (REE), reflective of the fact that Elliot Lakes was a major producer of yttrium as a byproduct of uranium mining. Neighboring Pele Resources, developing its Eco Ridge uranium-REE project, in 2011 put out a preliminary economic assessment (PEA), including positive metallurgy indicating that similar results could be expected from Serpent River mineralization.

However according to IMT, the uranium and rare earths at the Serpent River property may prove to be a sideshow to another deposit type.

In a 2009 summary of Ontario Geological Survey field work, a strong geophysical anomaly on the claims that was previously thought to be caused by an iron formation was reexamined. The new interpretation of the Pecors anomaly concludes it may be the result of contact style nickel-copper-PGE mineralization similar to that found to the east at Sudbury. Sediment sampling from Pecors Lake has shown high levels of nickel and chromium, lending further weight to the new analysis.

Montoro commissioned a geophysical specialist to further interpret the airborne survey data, and the resulting 3D representation of the anomaly shows a length of seven km and width of three km, with an estimated depth of almost two km. 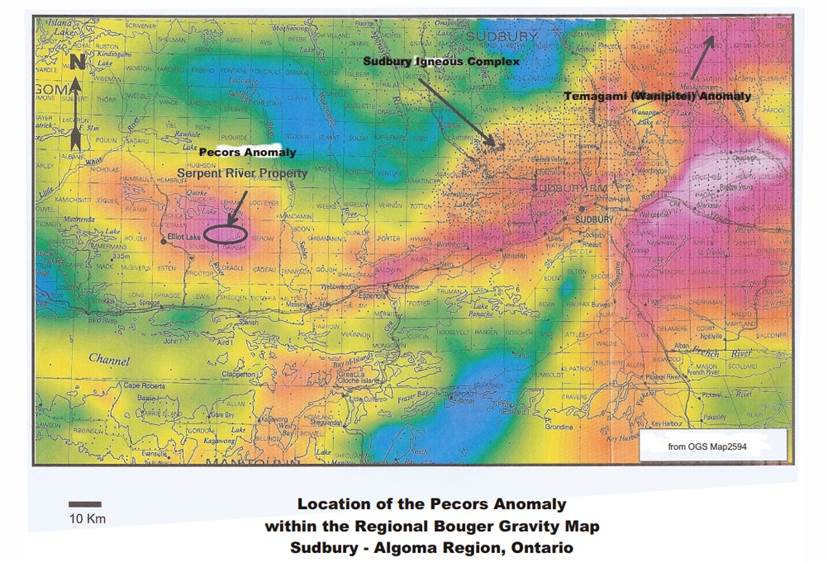 In 2019, Montoro managed to double the Pecors anomaly to 5.7 km long x 4.2 km x 2.2 km — based on data derived from a 2007 VTEM geophysical survey and a subsequent 3D model. A small 2,322-meter drill program consisting of just two holes, reportedly pierced the source of the magnetic anomaly, a gabbro body yielding minor sulfides containing nickel, copper and PGE values near the base. Then-CEO Gary Musli noted that some of the 1-15% sulfides Montoro discovered on the property in 2015, compared favorably to the Voisey’s Bay, Eastern Deeps deposits in Newfoundland, currently being developed by Vale in an expansion project approved by the Brazil-based mining major in 2015. 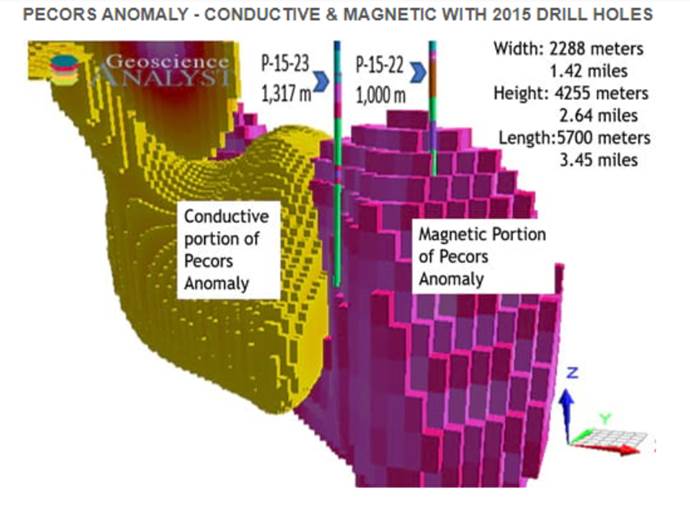 Fast forward to this week’s news, wherein current CEO Karim Rayani says the drilling permit extension will enable the company to further investigate the 2015 results. We already know that the Pecors anomaly has rocks similar to the East Bull Intrusive Suite 15 km away, being developed by Grid Metals Corp. (TSXV:GRDM), and may be another source of PGE-bearing mineralization, the kind that is prevalent throughout the Sudbury region. Recent drilling by Grid Metals intersected 119m of 1.13 g/t palladium-equivalent (Pd_Eq).

International Montoro Resources optioned the Blackfly gold property near Atikokan back in September of this year. Clearly one of the main attractions is its short distance, just 13.6 km southwest along strike, from Agnico Eagle’s (TSX:AEM) Hammond Reef gold deposit. Measured and Indicated resources at Hammond Reef are estimated at 4.5 million ounces grading 0.67 g/t Au. 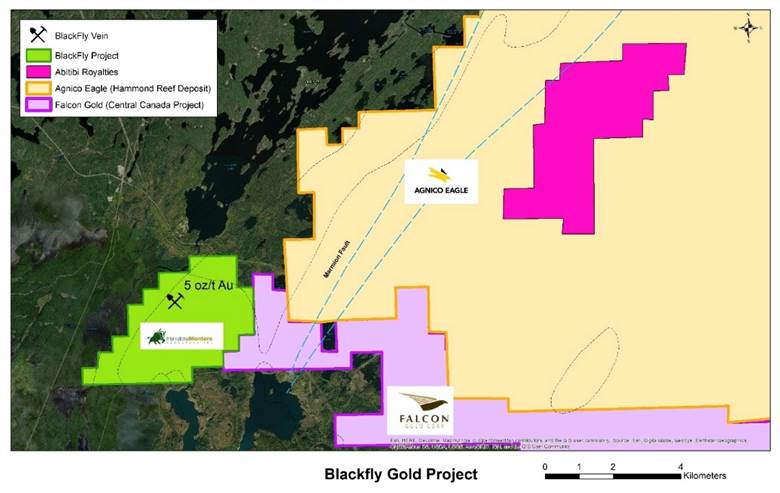 In fact according to Montoro, It is believed that the recent resurgence of interest in the Atikokan gold mining camp is attributable to development of the Hammond Reef and Agnico Eagle’s recent efforts to stake or acquire mining lands proximal to its multimillion ounce deposit. Agnico Eagle reports that the massive Hammond Reef deposit is contained within a claims group presently amounting to 32,070 ha.

Blackfly has an interesting history. Gold was first discovered there in 1897, making the occurrence one of the earliest in the Atikokan mining camp. A year later, a 45-foot shaft was sunk. Initial work documented in 1941 reported two gold vein shoots. The northern shoot has a 32m strike length, averaging 13.44 g/t Au over a 0.27m thickness, and the southern shoot averages 11.9 g/t Au over a thicknesss of 0.33m along a strike length of 21.6m.

Work conducted by Terra-X between 2010 and 2012, included compilation of historical reports/ data, diamond drilling and surface geochemistry. Reconnaissance prospecting revealed at least four north-northeast trending lineaments with alteration/mineralization. The lineament containing the Blackfly vein has alteration and mineralization traceable over a 4.4 km strike length, as shown by the distribution of samples collected along it. The best gold values from this lineament occur in the area of historical work, where TerraX’s grab samples include results of 167 and 85.6 g/t Au.

Recently gleaned geophysical data serve to further explain the property’s geology. On the map below, magnetic anomalies, denoted by the orange, red and purple areas, occur as bands of highly magnetic bedrock. 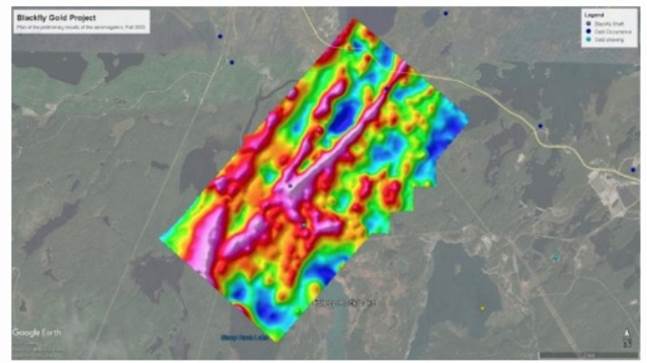 The project not only has high-grade shoots and a past-producing mine. It is also thought to contain a group of volcanic and granitic rocks that are similar to Hammond Reef. According to Montoro, The dominant structure, the Marmion fault zone runs through the Property to the northeast to Agnico Eagle’s ground.

It has also been established that the Blackfly claims are situated west of, and are bolted onto, Falcon Gold Corp’s (TSXV:FG) Central Canada gold & polymetallic project, in particular the group of claims Falcon acquired earlier this year, thus expanding the company’s land position in the Atikokan gold camp to 10,392 ha.

Anyone invested in the junior exploration sector knows that deep and long, active structures are one of the most important commonalities in big mineral deposits.

The Central Newfoundland Gold Belt may be one of the most deep-seated structurally prepared environments on the planet. During a period known as the Taconic orogeny that lasted from 480-430 million years ago, the continental plates of Laurentia and Gondwana collided, closing the Iapetus Ocean that lay between them. The islands we now know as Newfoundland, Ireland and Great Britain, were crushed between the continental plates, and deep crustal breaks were created that remained as active fluid conduits for millions of years.

IMT has 2 projects in the Central Newfoundland Gold Belt. One (Slip Lake Project) next to Newfound Gold (TSX.V:NFG) the other is tied on to Marathon Gold (Victoria Lake Project).

In my next IMT article we will dig much deeper into these projects.

Cashed up from three oversubscribed financings earlier this year, totaling $1.3 million, Montoro is ready to go exploring. More news flow is expected in 2021 as IMT goes to work in this exciting new area play.

Richard does not own shares of Montoro Resources

(TSXV:IMT, FSE:O4T1) IMT is a paid advertiser on his site aheadoftheherd.com