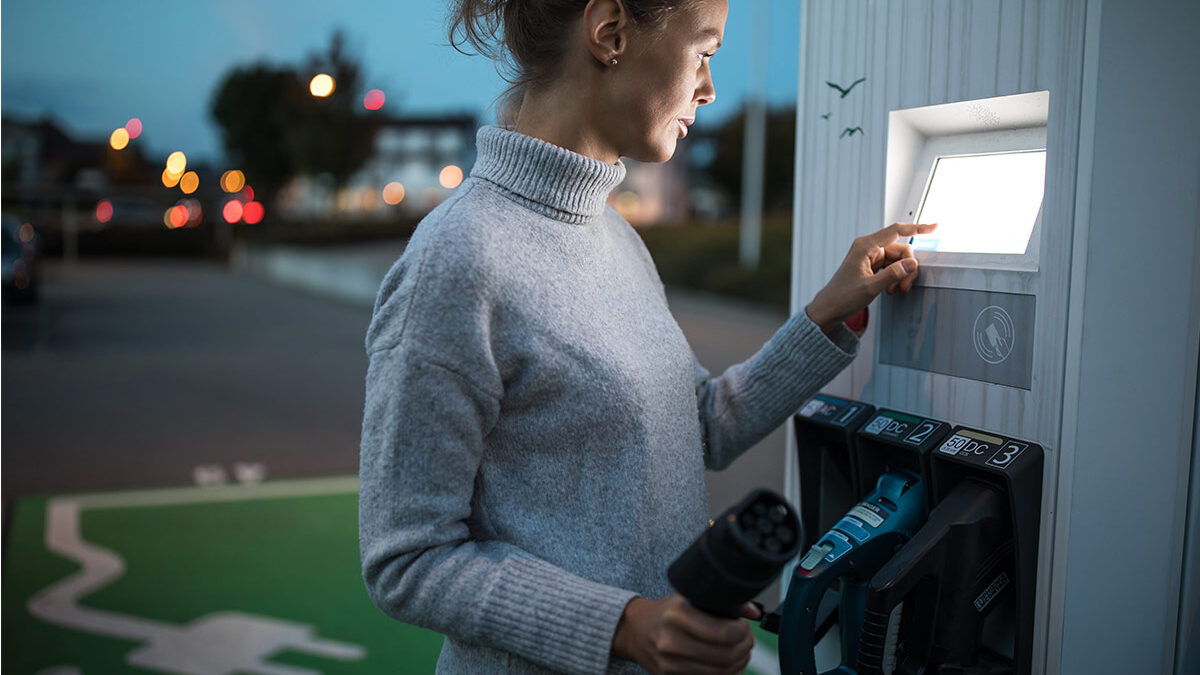 In January 2021, a graphite project found in the far, remote areas of Alaska was given High-Priority Infrastructure Project (HPIP) status by the US government, sending a strong signal that the world’s leading economy wants to put an end to the days of 100% import-dependency on what is considered an increasingly critical mineral.

One of the main catalysts of this move is America’s push to get more electric vehicles on the road, with President Joe Biden pledging to slash greenhouse gas emissions by nearly half over the next decade.

As part of its aggressive climate change goals, the US is looking at a $174 billion spending over the next eight years in an attempt to “win the EV market.” This includes building more charging stations and more incentives for consumers (i.e. “point of sale” rebates) over that time span.

According to the US Department of Energy, there are about 100,000 public charging outlets nationwide today, but the goal is to increase that count to 500,000 by 2030.

Biden’s administration has already set aside $15 billion under the current infrastructure package to get everything rolling, but investment firm Wedbush Securities thinks it could be looking at at least $45 billion more to reach the 2030 target.

Given sufficient investment is made in the electric power sector, the number of EVs in the US could rise from just 1.5 million in 2020 to as much as 35 million by 2030, a new study released by economists at The Brattle Group says.

Similarly, an analysis by industry consultant AlixPartners estimated $50 billion would be needed in the US alone to expand charging to adequately accommodate EV growth within the decade.

Outside the US, the “electrification” of the transport system is happening all over the world. China, the biggest consumer market, plans to make all new vehicles sold in 2035 “eco-friendly”, while Japan intends to ban gas-powered cars altogether by then.

Latest reports have estimated the global electric car market to grow at a CAGR of 37.1% from 2021 to 2028, reaching $1.9 trillion by the end of the forecast year.

In the US, President Biden promised earlier in the year to replace its entire federal vehicle fleet – some 645,000 vehicles in all – with fully electric vehicles, made “right here in America made by American workers.”

This means not only does the US want to own electric vehicles, but it also wants to build them. If necessary, the government will spend whatever it can to develop its own supply chains for parts and minerals needed to make EV batteries.

Being the second-largest EV battery component by weight, graphite is without a doubt indispensable to the entire “electrification” process around the globe.

Benchmark Mineral Intelligence forecasts that demand for graphite used in EV batteries is set to increase by 15 times over the next decade, rising from 200,000 to 3 million tonnes annually.

On the other side of the equation, global graphite supply is expected to remain tight for the foreseeable future. Last year, the world’s total output came to 952,600 tonnes, a staggering 15% decline over 2019, according to UK-based analytics firm GlobalData.

The supply-demand balance (or lack thereof) has consummated a rising price environment for the mineral since 2017. Roskill analysts believe prices will likely remain high with a resilient demand for EV raw materials, and major suppliers getting hit by Covid-19 and environmental crackdowns.

As important and valuable as graphite is, the US presently has no domestic production of the mineral on record, which means all the graphite it uses to build EV batteries has come via imports, and that amount is growing year by year – about 40,000 tonnes of graphite material were imported during 2018, followed by 58,000 tonnes in 2019.

Meanwhile, its biggest rival China is by far the world’s biggest producer, with 700,000 tonnes of mined graphite recorded in 2019, representing more than 60% of the world’s total that year. After China, the next leading graphite producers are Mozambique, Brazil, Madagascar, Canada and India.

This is why – going back to the Donald Trump administration – the US government has been planning to reverse its dependence on foreign powers on minerals that it considers “critical to its national and economic security.”

An executive order (September 2020) from the Trump administration had identified graphite as one of four minerals that “fit this bill.” In particular, the order stated: “The US is 100% reliant on imports for graphite, which is used to make advanced batteries for cell phones, laptops, and hybrid and electric cars.”

Earlier this year, the Biden administration also announced it would conduct a review of its key supply chains, which specifically highlighted high-capacity batteries including those used in electric vehicles as a main area of concern.

With an intensifying national focus surrounding EV raw materials, it’s no surprise that high-priority designation was given earlier this year to Graphite One Inc. (TSX-V:GPH) (OTCQB:GPHOF) to develop what is possibly the largest known graphite resource in the US.

The company’s flagship Graphite Creek property — located on the Seward Peninsula in western Alaska, spanning 18 km along the northern flank of the Kigluaik Mountains, is currently home to America’s highest-grade large flake deposit.

Mining activity has been one of the cornerstones of Alaska’s economy. Today, the state hosts several producing mines and large-scale projects that are in their permitting phase (see map below). Graphite Creek is the only project there focused on the EV battery material.

The latest resource estimate (March 2019) for the Graphite Creek deposit showed 10.95 million measured and indicated tonnes at a graphite grade of 7.8% Cg, for approximately 850,000 tonnes of contained graphite.

Based on a preliminary economic assessment (PEA) for the project, Graphite Creek could be developed into a 40-year operation with a mineral processing plant capable of producing 60,000 tonnes of graphite concentrate (at 95% purity) annually (also, this figure would be enough to cover all of America’s graphite imports).

Besides the resource size, Graphite One’s project also stands out in terms of the quality of graphite produced.

According to manufacturing industry consultants at TRU Group, which helped the company complete the 2017 PEA, samples extracted from Graphite Creek have shown morphological characteristics that are “both globally unique and commercially important.”

Furthermore, battery tests have demonstrated that the company’s graphite product has the ability to reach and closely approach the theoretical maximum discharge capacity, highlighting its performance potential in battery applications.

The high-quality graphite materials possess characteristics that are ideally suited for the EV battery industry, the firm concluded.

With its vast resource and production potential, Graphite One has set its sights on becoming the first vertically integrated domestic graphite producer in the US to serve the EV battery market.

On top of mining and processing the graphite material from Graphite Creek, the company plans to build an advanced graphite product manufacturing plant — the second link in its proposed supply chain strategy.

As outlined in the PEA, the plant would receive 60,000 tonnes of graphite concentrates per year and turn them into 41,850 tonnes of EV-battery grade coated spherical graphite (CSG) and 13,500 tonnes of purified graphite powders per year,

When it’s all said and done, Graphite One looks to become a key player in the domestic EV market as the US continues to emphasize building its vehicles on home soil.

Graphite is an essential raw material used in EV batteries, and its demand will likely multiply in the coming years with global economies pushing for their respective climate goals. One report has pegged the graphite market to register a CAGR of more than 5% over the next five years.

In the US, an ambitious plan has been set in motion to put America on a path to net-zero emissions by 2050. But for that to happen, it must secure a sustainable supply of EV battery metals.

For graphite, which is 100% dependent on imports, this cannot be achieved without a domestic source of the mineral.

By advancing what is considered the largest graphite resource in the country, Graphite One is well-positioned to become an integral part of the US infrastructure supply chain.

The company’s Graphite Creek property ticks every box in what governments – and the EV industry – are looking for, given the quantity and quality of graphite material it’s capable of producing. The project’s HPIP status is also a testament to its future prospects.

Richard owns shares of Graphite One (TSX.V:GPH). GPH is an advertiser on his site aheadoftheherd.com