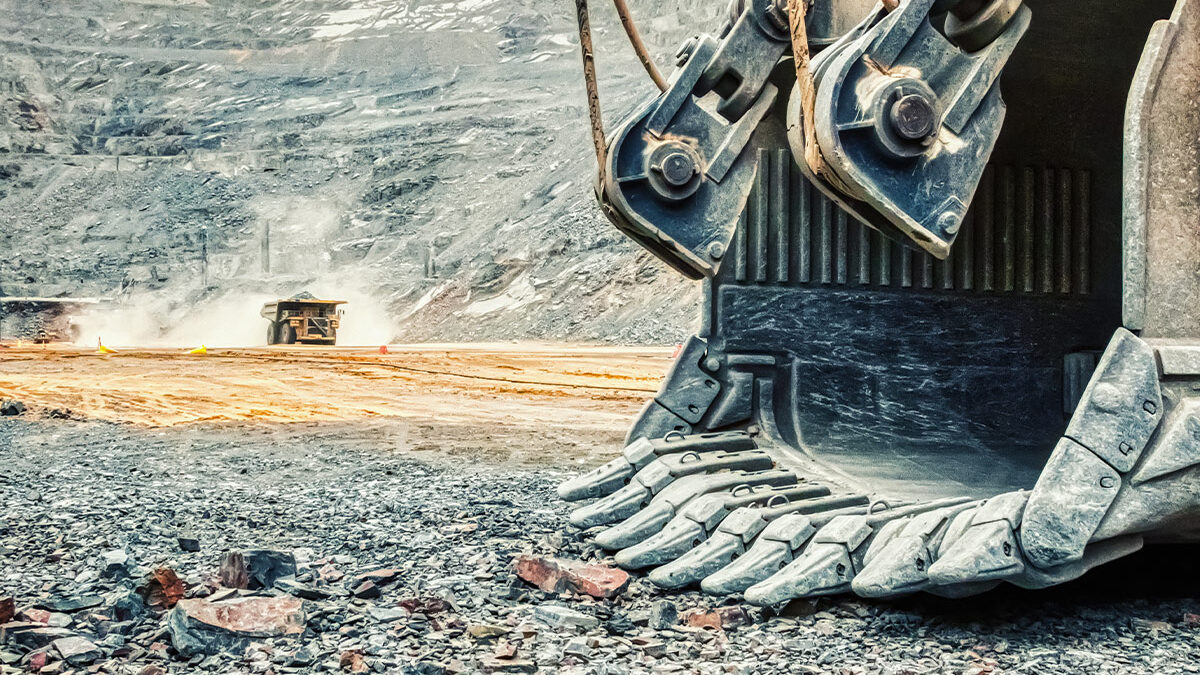 Goldshore Resources (TSXV:GSHR, OTC:GSHRF, FRA:8X00) has just reached a significant milestone in its journey to develop the Moss Lake gold deposit in northwestern Ontario, by releasing an open-pit-constrained resource estimate with ample room for expansion.

The property is in an excellent jurisdiction with a number of major gold deposits nearby, including Detour Lake (Kirkland Lake Gold) with 15.7Moz proven and probable at 0.82 g/t Au, New Gold’s Rainy River with 2.6Moz P&P at 1.06 g/t Au, and Cote’s (IAMGOLD & Sumitomo) 7.3Moz P&P at 1.0 g/t Au.

Moss Lake’s historical (2013) resource estimate is 1.47Moz measured and indicated at 1.08 g/t Au, and 2.51Moz inferred at 0.98 g/t Au, for a combined 3.98Moz. This estimate covers the Moss Lake and East Coldstream deposits, both of which have expansion potential as confirmed by previous drilling.

A PEA was completed by Moss Lake Gold Mines in 2013.

For the past year and a half, Goldshore has been advancing the project located near Thunder Bay, Ontario, through detailed field work including a massive 100,000-meter drill program.

Drilling so far has demonstrated that the property contains a significant volume of +1 grams per tonne (g/t) Au mineralization that underpins a meaningful gold deposit.

Earlier this month the company announced assay results for another eight holes, drilled to both expand and infill historical but poorly surveyed drill sections in the Main Zone. The holes confirmed higher-grade gold mineralization within a large volume of well-mineralized diorite.

The best intercepts were:

Goldshore’s new mineral resource estimate (MRE) includes the assay results from 48 holes drilled during the 2021-22 drill campaign. An additional 52 holes are not included in the MRE because the assays have not yet been received.

As the table below shows, the MRE is divided into two domains, a shear domain and an intrusion domain.

According to Goldshore, the shear domain represents an opportunity for a high-grade open-pit gold resource. There is also “significant and clear expansion potential” through strike and dip extensions to known shears, as well as parallel shears.

The company says the project hosts 29 additional targets over a 35-km trend, which it continues to evaluate.

“This mineral resource estimate confirms our belief that the Moss Lake Deposit is larger than previously thought,” Goldshore’s President and CEO Brett Richards stated in the Nov. 15 news release.

“More importantly, there is a mass of higher-grade mineralization that can be prioritized in a potential phase one operation that Goldshore can build with a smaller capital requirement. Our findings on this MRE are exciting for the future of the Moss Lake Gold Project, as we now have short- and medium-term options to continue to deliver value to the Goldshore shareholders, as we explore expansions and quality increases (infill drilling to Indicated resource category) to the higher-grade resource; but also while testing other areas of known strong mineralization like East Coldstream, North Coldstream, Iris and Vanguard, across a trend of 35 km on the project.”

Goldshore says the MRE is based on an improved understanding of the geological controls on gold mineralization, that follows the detailed logging of the 48 new drill holes (27,851 meters), since August, 2021. The drill hole data cut-off was Oct. 14. The MRE does not include the high-grade intercepts around the margins of the deposit reported on Nov. 2, 2022.

The resource has been classified as inferred, because the majority of the drill hole data is historical. Also, the modern holes are too sparsely distributed to permit confident resource estimation on their own. Goldshore says it is now embarking on an extensive program of relogging and resampling of historical drill core, together with downhole surveying where possible. Goldshore’s program of infill and confirmatory drilling is also ongoing. It is expected that this work will support classification of Indicated mineral resource in any subsequent mineral resource updates by Goldshore.

The MRE is constrained within the selected optimized pit shell which reaches a maximum depth of approximately 580m.

Figures 1 and 2 below show the relationship of the shear and intrusion domains within the optimized pit shell.

As mentioned the shears are open along strike, beyond the 3.5-km strike length; the high-grade shears below the pit are not included in the MRE. In geology, a shear zone is a thin zone within the Earth’s crust that has been strongly deformed, due to the walls of rock on either side of the zone slipping past each other.

Historical drilling intercepted gold mineralization over a total strike length of 8 km, which was the focus of Goldshore’s summer soil geochemistry and structural mapping programs. According to the company, there is potential for additional parallel shears with gold mineralization in historical drill holes, 500 meters to the southeast of the Moss Lake deposit. (Figure 3 below)

Along with re-logging and re-sampling historical drill core, together with downhole surveying where possible, Goldshore plans to accurately define the shear-hosted and intrusive domain mineralization, through selective re-drilling of historical holes.

Work has also commenced on a metallurgical testing program led by Ausenco, an Australia-based engineering firm. Once complete, Goldshore expects to start a (new) preliminary economic assessment (PEA), slated for completion in 2023.

Infill drilling, re-sampling of historical drill holes, and geological modeling will continue throughout the coming months to support a resource estimate update that upgrades the inferred resources to indicated. This work is targeted for completion by the end of 2023, when the company expects to start a prefeasibility study.

Pete Flindell, Goldshore’s VP, Exploration, said “This mineral resource estimate confirms our understanding that high-grade shears form the core of the Moss Lake Deposit and will drive the development of the Moss Lake Gold Project. The Inferred Mineral Resource reflects uncertainty in the collar and downhole surveys of the historical drill holes, as well as the selective sampling technique and lack of oriented core measurements that are critical in directing the high-grade structures that drive the overall estimate. While additional drilling is required to replace many of the historical drill holes and infill gaps in the model, we will be aiming to recover as many of these historical holes as possible by relogging and resampling core and conducting downhole surveys using more accurate survey equipment.”

Let’s turn to hard evidence, such as AOTH’s own research, and a report by Wood Mackenzie on just how valuable the world’s potential future gold mines, mostly controlled by junior resource companies, will be to miners looking to replace reserves.

Woodmac says to avoid a perpetual decline in mined gold, the industry must see a rise in the number of gold projects under development that have a good chance of becoming mines.

How many projects? 44, to be exact. The research firm crunched the numbers in 2020, and found that by 2025 the industry will need to commission 8Moz of projects.

“If all our probable projects were to come online before 2025, this would almost meet the requirement to maintain 2019 production levels,” said Rory Townsend, Wood Mackenzie’s head of Gold Research.

“The likelihood, however, is that we see some degree of slippage among a number of these assets due to permitting delays, prioritization of other capital projects and changes in scope,” said Townsend.

if we define peak gold as the point when mined supply no longer meets gold demand, the gold market peaked a long time ago. Allow me to explain.

If we stop there, we show a slight gold supply surplus of 420 tonnes. Peak gold debunked!

Not so fast, let’s think about those numbers for a minute. In calculating the true picture of gold demand versus supply, we, at Ahead of the Herd  (AOTH) don’t, and won’t, count jewelry recycling. What we want to know, and all we really care about, is whether the annual mined supply of gold meets annual demand for gold. It doesn’t! When we strip jewelry recycling from the equation, we get an entirely different result. ie. 4,355 tonnes of demand minus 3,463 tonnes of production leaves a deficit of 892 tonnes.

This is significant, because it’s saying that the world’s gold miners could not satisfy global demand for the precious metal in 2019, not even close. Only by recycling 1,304 tonnes of gold jewelry could gold demand be satisfied.

Well one way might be for companies to consolidate. Through mergers and acquisitions (M&A), larger gold mining companies typically buy smaller ones to bulk up their depleting reserves base. But this doesn’t really add to the global supply of gold; it simply moves a portion of global reserves from one company to the other. To add to the supply, the merged entity would have to add ounces to its reserves, either by drilling, or adjusting cut-off grades at its mines.

The other way, by far the harder, longer route to adding supply, is to find new gold mines.

As a gold market observer for over 20 years two things stand out today from yesteryear:

I’m impressed with what Goldshore has accomplished in quite a short time frame, by mineral exploration standards, of a year and a half. The new resource estimate expands the previous resource by 33%, in terms of contained gold ounces.

The shear domain represents an opportunity for a high-grade open-pit gold resource, and there is more expansion potential through strike and dip extensions to known shears, as well as parallel shears.

There are 29 additional targets over a 35-km trend, which Goldshore  continues to evaluate.

The company has set an ambitious goal to upgrade the inferred resource to indicated, by the end of next year. We may also get informed of the Moss Lake Project’s economics, if Goldshore stays on target for completing a new PEA in 2023.

Goldshore management is doing a great job of showing excellent progress in a difficult junior resource market. Imo, this week’s MRE is only the start of several upcoming catalysts for GSHR.

Richard does not own shares of Goldshore Resources Inc. (TSXV:GSHR) GSHR is a paid advertiser on his site aheadoftheherd.com