Goldshore off to a roaring start with Moss Lake drilling, hitting gold in all three holes 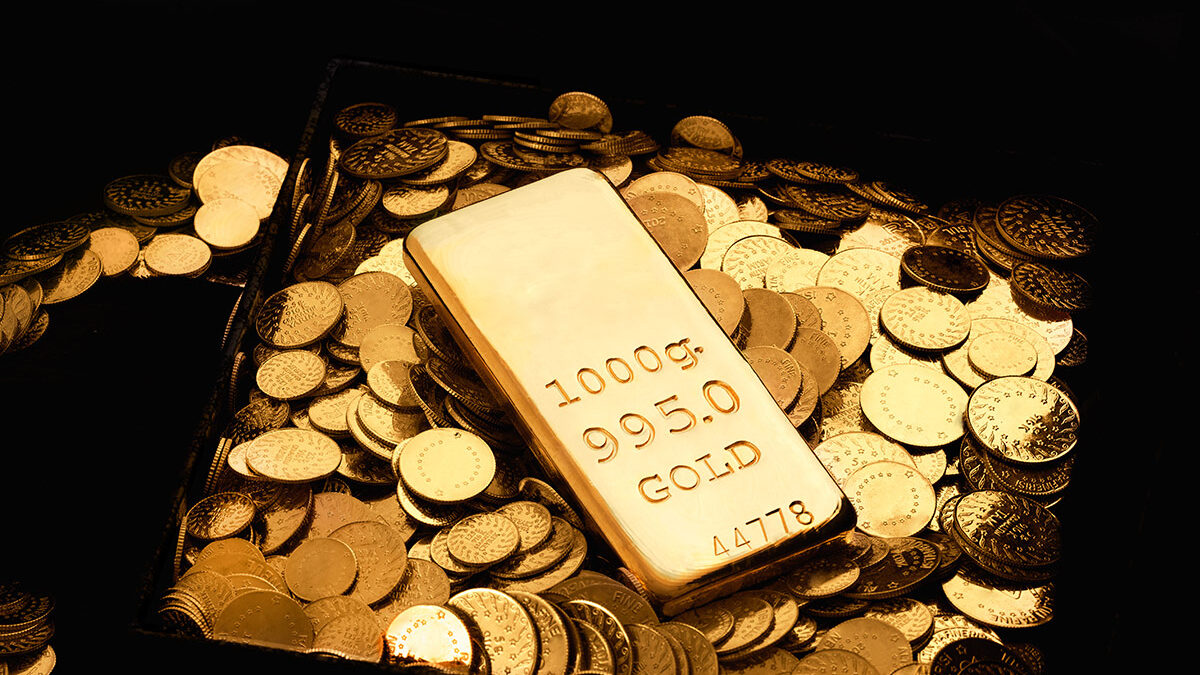 earlier this year acquired the Moss Lake gold project in northwestern Ontario from Wesdome Gold Mines, following a combination of Goldshore and Sierra Madre Developments that created a new company through a reverse take-over.

In taking on the project, Goldshore inherited a historical preliminary economic assessment (PEA) which yielded an after-tax net present value of $276 million at a Canadian-dollar gold price of $1,629 per ounce. (US$1,324 @ current exchange rate) A 2013 historical resource estimate specified 1.473Moz and 2.514Moz inferred, for a combined 4Moz, split between two deposits, Moss Lake and East Coldstream.

Two months following the transaction, Goldshore was able to put together a $25 million financing, raising $15 million in hard dollars and $10 million in flow-through shares.

The company has completed the first three drill holes of an extensive 100,000-meter drill program, wherein the drilling validated previously identified gold mineralization, including a significant width increase on hole 1 and a substantial depth extension on hole 2, along with the identification of several higher-grade zones.

Located near Thunder Bay, the Moss Lake project has seen extensive historical exploration, beginning in the late 1800’s. Prospecting resulted in the discovery of multiple high-grade gold occurrences and the North Coldstream copper-gold-silver deposit, from which 2.7 million tonnes was mined up to 1950, @ 1.89% Cu, 0.56 grams per tonne Au and 5.59 g/t Ag.

Gold exploration intensified during the 1970s with Falconbridge, and exploration of the Snodgrass Lake prospect. The original Moss Lake showing was stripped and washed by the Tandem/ Storimin joint venture in 1985.

Between 1986 and 1990, extensive drilling and 1,000m of underground development work was completed by several groups, along with the first resource estimates and metallurgical work.

A PEA was completed by Moss Lake Gold Mines in 2013, ownership was amalgamated by Wesdome Gold Mines in 2014, and the Coldstream and Hamlin properties were acquired in 2016. More exploration and drill programs in 2016 and 2017 confirmed extensions of mineralization along strike.

Richards also noted the Moss Lake project despite having a number of companies’ fingerprints on it, is under-drilled.

“The historical drilling goes down to 250m but this deposit (historically) is 2 km long and about three quarters of a km wide, and we see significant expansion potential in every direction.” Access the full interview here

The +20-km mineralized trend contains multiple zones and targets ready for follow-up, with infill and expansion drilling considered necessary. From the schematic below, Goldshore believes there is significant exploration potential below and lateral to the indicated resource in yellow and the inferred portion in green.

A VTEM geophysical survey (below) shows the Moss Lake deposit is wide open at strike, with a significant fault system running for quite a distance.

“We could theoretically add several kilometers of this laterally. That’s going to take a lot of drilling so what we want to do is test it, we’ll know soon with our first drill results, because that’s the orientation of how we’ve drilled the first few holes. When we understand the lateral extension, we will drill it to be able to bring these results into our resource statement,” said Richards.

Turning to the recent news, Goldshore reported on Thursday widespread mineralization from the first three holes of its 100,000m drill program at Moss Lake.

Among the highlights, hole MMD-21-001 intersected 550m, which corresponds to an estimated true thickness of 422m, a 52% increase over the historical resource model.

Hole MMD-21-002 cut mineralization between 100 and 500m below the model, thus doubling the known vertical extent of the gold zones.

And there were several higher-grade zones identified. Two of the best intercepts included:

According to Goldshore, the results not only show evidence of gold mineralization, but the beginning of what promises to be a wide-ranging, lengthy drill program. The three holes represent just 2.3% of the planned 100,000 meters, slated for completion by the end of the second quarter of 2022. The program is expected to double the number of drill rigs on the property, from two to four.

“These are the first drillhole results from the very beginning of our 100,000m program. The results from these first holes validate our belief that the Moss Lake gold deposit is very under-explored and geologically misunderstood, given the wide lateral extension indicated by these results,” Richards stated in the Oct. 21 news release. “We are also seeing a good correlation with the twinned historic drill hole (ML-08-03).”

“These two early observations are very encouraging and we continue to advance our campaign and ramp up to 12,000m a month drilling capacity.”

According to Goldshore, it’s too soon to develop conceptual models for the deposit, though the company is working with leading researchers in the field of orogenic gold deposits to develop its understanding.

“We are finding that Moss Lake is a highly altered and well mineralized system that is much wider and deeper than previously known. This, together with our preliminary in-house interpretation of the Geotech VTEM™ Plus survey data, shows an expanded footprint for the Moss Lake gold deposit that includes areas of possible extension and parallel targets. These coincide with gold in historic scout drill holes that was previously considered to be unrelated to Moss Lake,” stated Peter Flindell, VP Exploration. “Once we receive the maps and 3D models from TechnoImaging, we will be in a better position to focus and prioritize our next stages of drilling, as we move to four rigs by the winter months at Moss Lake.”

Goldshore is developing the Moss Lake project at a very interesting time in the gold market.

After languishing at $1,726.10 per ounce at the end of September, spot gold has been trading in fits and starts, as traders try to gauge the pace at which pandemic-era stimulus will be reined in by central banks. The price came within a few dollars of re-claiming $1,800 on Oct. 15, before dropping to $1,762 three days later.

Gold rose for a second straight day Wednesday, following comments from a Federal Reserve official that played down the possibility of imminent interest rate hikes.

The fear of ongoing inflation, holding steady at 5.4% since June (US CPI) and driven by supply chain interruptions, has sparked concern that rate hikes could come sooner than expected. Rising interest rates, or the threat of, generally dent the gold price because investors can get better returns from income-yielding assets like stocks and bonds.

However as we and others have pointed out, the Fed is unlikely to raise rates anytime soon, because of the ballooning US national debt, and the skyrocketing interest payments on it.

In our three-part series on ‘The Debt Trap’, we showed how out-of-control debt has become a millstone around the necks of some of the world’s largest economies.

The United States is the undisputed champion of unsustainable IOUs; the country is approaching a national debt of $29 trillion.

There is a clear link between a rising debt to GDP ratio and gold prices. In October 2020 the US ratio surpassed 100% for the first time since the Second World War; it now sits at 125%.

In a recent blog post from the libertarian Foundation for Economic Education, ‘4 Scary Charts Show How Fast the Federal Government is Heading Towards Disaster’.

The first chart below shows the national debt held by the public will nearly double by 2030, even without adding new spending programs such as the $1.5 trillion infrastructure program currently under consideration by Congress.

The article makes clear it is not military spending nor tax cuts that are driving the unheard-of shortfalls, but the various entitlement programs needed to keep Social Security and Medicare from collapsing.

It calculates the annual interest payments on the debt that taxpayers must finance are set to reach $1 trillion, meaning even with a modest interest rate hike, that sum could skyrocket. Currently taxpayers must spend $800 million a day on debt servicing costs. Going further down this path would mean higher taxation, along with slower economic growth and lower paychecks, “as the debt crowds out private sector investment and drags down the economy.”

Meanwhile the fear of inflation continues to keep gold prices buoyant, with gold seen as an inflation hedge.

Inflation erodes the purchasing power of fiat currencies and eventually they become worthless.

Despite central bankers like Jerome Powell saying that inflation is transitory, there is mounting evidence to show that it becoming more persistent.

Reuters reported on Thursday that industry leaders around the world believe prices are only going higher, with shortages of workers, fuel, container ships, semiconductors and building materials, as examples, keeping companies scrambling to keep a lid on costs.

“We expect inflation to be higher next year than this year,” the article quotes Graeme Pitkethly, finance chief at consumer products giant Unilever.

Reuters adds that some of problems leading to higher prices are structural, including labor shortages, due to older employees leaving and fewer entering the workforce.

Three leading economists are predicting that stagflation is what’s next in store, if inflation in areas such as metals, crops, food, fertilizer, energy, rent, shipping costs, wages, etc. continues to accelerate.

I see us going into a rising gold price environment and historically the greatest leverage to an increasing gold price is a quality junior. Goldshore Resources ticks all the boxes, with a great project in a safe, heavily mineralized jurisdiction (northwestern Ontario), a tight share structure, and perhaps most importantly, loads of upside. Goldshore is just getting started on a 100,000-meter drill program in an established gold camp. The news will surely be flowing for months.

Richard does not own shares of Goldshore Resources Inc. (TSXV: GSHR). GSHR is a paid advertiser on his site aheadoftheherd.com