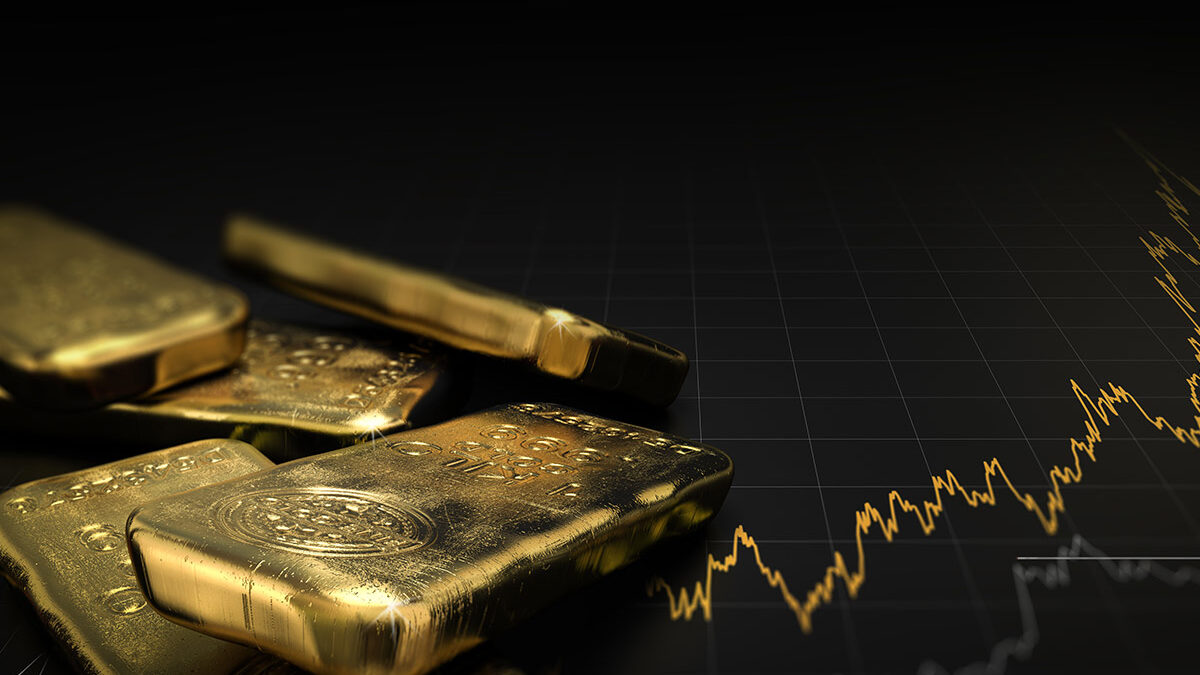 The most promising sign of a gold project is when a major drill program delivers exceptional results right off the bat, with significant assays from the first few holes to back up future resource expansion.

This is exactly what’s happening with Goldshore Resources Inc. (TSXV: GSHR) (OTC: GSHRF) (FRA:8X00) at its flagship Moss Lake gold project in northwestern Ontario, which it took over from mid-tier gold producer Wesdome earlier this year.

The company is currently embarking on an extensive 100,000m drill program on the property that will run for about a year until mid-2022.

Results of drilling so far have not disappointed, giving us a glimpse of what may be a significant mineralized system within a historically productive gold mining province.

The property is located in an excellent jurisdiction with a number of major gold deposits nearby (see below), including Detour (Kirkland Lake Gold) with its 15.7Moz proven and probable reserves at 0.82 g/t Au, New Gold’s Rainy River with 2.6Moz P&P at 1.06 g/t Au, and Cote (IAMGOLD & Sumitomo) with 7.3Moz P&P at 1.0 g/t Au.

Therefore, it’s no surprise that the Moss Lake property is host to a number of gold and base metal rich deposits. These include the Moss Lake deposit, the East Coldstream deposit, the historically producing North Coldstream mine and the Hamlin zone, all of which occur over a mineralized trend exceeding 20 km in length.

The Moss Lake deposit is a shear-hosted disseminated-style gold deposit that outcrops at surface. It has been drilled over a 2.5 km length and to depths of 300 m with 376 holes completed between 1983 and 2017.

The last drilling program conducted in 2016 and 2017 by Wesdome Gold Mines Ltd., which consisted of widely spaced holes along the strike extension of the deposit, was successful in expanding the mineralized footprint and hydrothermal system 1.6 km to the northeast. The deposit remains largely open to depth.

In 2017, Wesdome completed an induced polarization survey that traced the potential extensions of pyrite mineralization associated with the Moss Lake deposit over a total strike length of 8 km and spanning the entire extent of the survey grids.

The East Coldstream deposit is a shear-hosted disseminated-style gold deposit that locally outcrops at surface. It has been drilled over a 1.3 km length and to depths of 200 m, with 138 holes completed between 1988 and 2017.

The East Coldstream deposit remains largely open at depth and may have the potential for expansion along strike. Historic drill hole highlights from the deposit include 4.86 g/t Au over 27.3 m.

The historically producing North Coldstream mine is reported to have produced significant amounts of copper, gold and silver from mineralization, with potential iron-oxide-copper-gold deposit style affinity.

The exploration potential immediately surrounding the historic mining area is not currently well understood, so historic data compilation is required.

The Hamlin zone is a significant occurrence of copper and gold mineralization, and also of potential iron-oxide-copper-gold deposit style affinity.

Between 2008 and 2011, Glencore tested Hamlin with 24 drill holes which successfully outlined a broad and intermittently mineralized zone over a strike length of 900 m.

Altogether, the Moss Lake property has about 1.47Moz of indicated and 2.51Moz of inferred historical gold resources, with significant potential to grow bigger.

In addition to these zones, the Moss Lake project also hosts a number of underexplored mineral occurrences that are reported to exist both at surface and in historically drilled holes.

The Moss Lake, East Coldstream and North Coldstream deposits sit on a mineral trend marked by a regionally significant deformation zone locally referred to as the Wawiag fault zone in the area of the Moss Lake deposit.

While this deformation zone occurs over a length of approximately 20 km on the Moss Lake property, there is also an area spanning 7 km between the Moss Lake and East Coldstream deposits that is significantly underexplored.

As mentioned, Goldshore is in the midst of a planned 100,000m drilling campaign testing the extent of gold mineralization at Moss Lake.

Initial results from geophysical surveying showed that the Moss Lake deposit is wide open at strike, with a significant fault system running for quite a distance.

“At this early stage, it suggests both potential offsets of, and focusing mechanisms for, mineralization,” the company’s VP of exploration commented at the time.

In late October, Goldshore received the first set of assay results from the program. Of the three holes reported, the highlight was MMD-21-001, which intersected over 550 m. This corresponds to an estimated true thickness of 422m and a 52% increase over the historical resource model.

Mineralization was also intersected between 100 and 500 m below the 2013 historical resource model in MMD-21-002, representing a +100% increase to the known vertical extent of the gold zones in this area.

These results helped to validate Goldshore’s belief that the Moss Lake deposit is very much underexplored and misunderstood, given the wide lateral extension being indicated. The company’s exploration model suggests that there exists “significant exploration potential below and lateral to the current resource.”

The results also confirmed what Goldshore’s CEO Brett Richards had been saying about the Moss Lake project during our recent interview.

Richards, a veteran in the mining industry with 34 years of experience and counting, has held executive roles with established miners like Roxgold (TSX: ROXG), Katanga Mining (TSX: KAT) and Kinross Gold (TSX: K). Given his track record in project development, there’s every reason to believe that Goldshore could fully unlock the million-ounce opportunity at Moss Lake.

When asked about what appealed to him about the project, Richards said: “We have a very large land package in a very good jurisdiction. We have already identified 4Moz of historical resource and a number of targets along strike and a 20 km known mineralized trend.

“We have been gifted a very good starting point,” he added.

Richards also noted the Moss Lake project, despite having a number of companies’ fingerprints on it, is underdrilled.

“The historical drilling goes down to 250m but this deposit (historically) is 2 km long and about three quarters of a km wide, and we see significant expansion potential in every direction,” he said.

It’s important to note that the first three holes represent just 2.3% of the planned drilling, slated for completion by the end of Q2 2022. The program is also expected to double the number of drill rigs on the property, from two to four.

“These two early observations are very encouraging and we continue to advance our campaign and ramp up to 12,000m a month drilling capacity,” Richards stated in the Oct. 21 news release.

Goldshore is developing its flagship Moss Lake project at a very opportune time in the global economy.

Gold has enjoyed a renaissance over recent weeks, now trading at its highest level since June. The latest US inflation data has further reinforced the market-wide concerns over inflation, especially after seeing the central banks’ approach to soothe the situation.

With gold widely seen as a hedge against inflation, it makes sense for the safe-haven metal to be in demand under the current market environment.

Money managers have recently increased their bullish gold bets to the highest in more than 10 months, weekly CFTC data on futures and options showed.

It’s also important to note that gold has been rallying despite a stronger US dollar, which contends with gold as a safe store of value. This indicates that investors have looked past this to focus on its traditional role as an inflation hedge.

In the near term, there’s optimism that rising price levels could offer more support for the gold market.

While some, including UBS, are predicting a moderation in inflation exceptions for the coming year, this will likely take longer than most had anticipated.

A combination of rising gold prices and ongoing development of a quality project within a low-risk jurisdiction makes Goldshore Resources Inc. (TSXV: GSHR) (OTC: GSHRF) (FRA:8X00) worth monitoring heading into 2022.

While the company is just getting started on its 100,000m drill program at the Moss Lake property, the initial results have already shown promise of a significant gold resource that is yet to be defined.

That makes the next set of drill results even more worth waiting for.

Richard does not own shares of Goldshore Resources Inc. (TSXV: GSHR). GSHR is a paid advertiser on his site aheadoftheherd.com