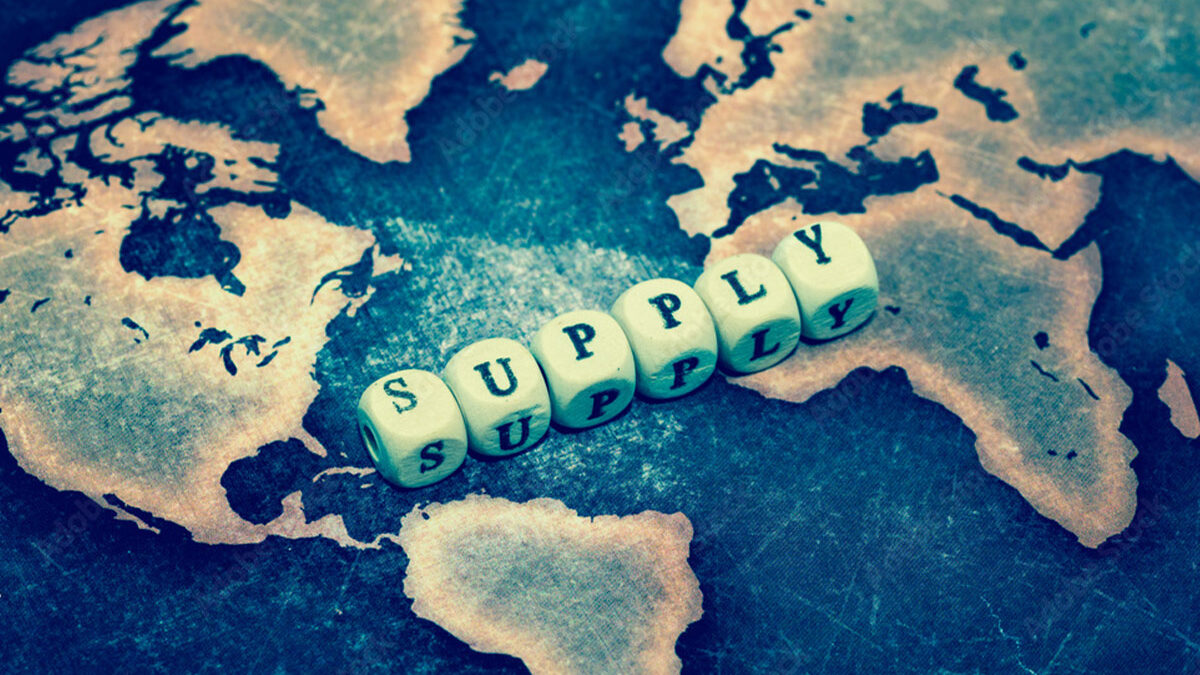 Electrification and decarbonization are anticipated to be one of the biggest investment trends of 2022.

Just two weeks into the new year, we’re already witnessing a big rally in EV battery minerals, perhaps a precursor to what could be a historic year for metals considered vital to the energy transition.

Nickel prices last week surged to its highest in a decade, with investors betting on a global scramble for supplies of the EV battery material.

Another key battery mineral that has seen its prices soar is lithium, which started 2022 on a record high, continuing its strong form from last year. Data from S&P Global Platts last week showed that lithium carbonate prices in China have now risen 35% on month and are up 531% on the year.

And this uptrend in lithium (and other EV battery metals) is only going to continue, according to those within the battery metals industry.

Gavin Montgomery, research director for battery raw materials at Wood Mackenzie, recently said in a Financial Times article that lithium prices are unlikely to crash, as they did in previous cycles.

“We’re entering a sort of new era in terms of lithium pricing over the next few years because the growth will be so strong,” he added.

According to a December report from S&P Global, further demand growth in 2022 will mean a lithium deficit this year as use of the material outstrips production and depletes stockpiles.

Driving the latest lithium rally are near-term risks that are threatening deeper shortages in the metal’s supply, from plant maintenance and Winter Olympics curbs in China to pandemic-related labor shortages in Australia.

“The lithium market is extremely tight at present, so spot prices are very sensitive to any supply disruptions,“ Alice Yu, analyst at S&P Global Market Intelligence, recently wrote in a note to Bloomberg.

As we speak, lithium prices are still rising in China as consumers look to restock ahead of the Chinese New Year festivities at the end of the month and early February. The high level of buying in the world’s biggest EV economy also pushed prices higher in other regions such as Europe and the US, according to Fastmarkets.

Beyond the short-term issues, there are challenges for lithium supply to expand fast enough to avoid a prolonged market squeeze over the coming years.

Skeptics point to Rio Tinto’s controversial lithium project in Serbia, which is now on hold due to environmental protests, and the growing concerns around the sustainability credentials of South America’s brine-based production, as long-term threats to global supply.

“Customers are realizing that new supplies are very difficult to bring on,” said Tony Ottaviano, CEO at Australian lithium miner Liontown Resources, in the Bloomberg report. His company recently signed an agreement to ship lithium to South Korean battery giant LG Energy Solution from 2024, when its project is scheduled to start.

Last week, BlackRock’s Evy Hambro, global head of thematic and sector-based investing, told Bloomberg TV that commodity prices may stay high for decades as mining companies struggle to keep up with demand from the energy transition.

“We’ve got decades worth of high rates of investment into infrastructure as the world seeks to decarbonize. That’s a widely held consensual view,” he said.

Among the key raw materials listed was lithium, which is set to face fresh demand from the creation of a “greener world”.  Bloomberg New Energy Finance (NEF) estimates that, by 2030, consumption of lithium (and nickel) will be at least five times current levels.

Hambro still sees the mining sector as remaining undervalued, given its importance in providing the materials like lithium needed to decarbonize the global economy.

“It seems as though this core element of the transition has been completely ignored by many investors,” he said. “At some point people will realize how essential these businesses are for the transition and capital will flow into them, and that should change the valuations.”

The tightening supply of metals is happening just as EV uptake around the world is about to explode, which is exerting serious cost pressure on battery production.

In fact, we could see the first rise in battery prices since 2010 this year, potentially undermining global efforts to speed up the adoption of EVs and clean energy technologies, analysts say.

Between 2010-2021, battery pack prices had dropped a staggering 89%, from above $1,200/kWh to $132/kWh in real terms, BloombergNEF’s annual battery price survey showed in November.

According to the research provider, even low-cost chemistries like lithium iron phosphate (LFP), which have been used more in 2021 and are particularly exposed to lithium carbonate prices, have felt rising costs throughout the supply chain in recent months.

If other technology improvements cannot mitigate the higher cost of raw materials, the point of breaking below the critical threshold of $100/kWh battery pack price could be pushed back by two years from BloombergNEF’s current expectation of 2024.

“This would impact EV affordability or manufacturers’ margins and could hurt the economics of energy storage projects,” the research provider warned.

“Higher battery price creates a tough environment for automakers, particularly those in Europe, which have to increase EV sales in order to meet average fleet emissions standards,” said James Frith, BNEF’s head of energy storage research and lead author of the report.

Automakers may now have to make a choice between reducing their margins or passing costs onto consumers. Either way, some carmakers are likely to lose out in the global race to produce affordable EVs after failing to meet their ambitious targets.

In the grand scheme of things, the clean energy transition could be costlier and more distant than initially thought. Fatih Birol, executive director of the International Energy Agency (IEA), said last year:

“Today, the data shows a looming mismatch between the world’s strengthened climate ambitions and the availability of critical minerals that are essential to realizing those ambitions.”

The United States still lags behind both China and Europe when it comes to the production and domestic uptake of EVs, and the world’s biggest economy has made it loud and clear it wants to challenge its rivals’ dominance.

In an executive order, US President Joe Biden has already set a national goal for 50% of new car sales by 2030 to be electric. Jumpstarting his EV initiative is a proposed $7.5 billion spending package to build a network of 500,000 EV charging stations across the country.

Meanwhile, its EV industry is also making more noise than ever. Nearly every major automaker in the US has announced a transition to electric vehicles; Tesla delivered almost one million cars in 2021, while new electric vehicle companies like Rivian and Lucid are rolling out new models off the line.

However, to power these new EVs requires more batteries — and the materials to build them.

According to Benchmark Mineral Intelligence, EV growth will be responsible for more than 90% of demand for lithium by 2030. The UK-based consultancy forecasts that demand for lithium is set to triple by 2025, rising to 1 million tonnes and outpacing supply by 200,000 tonnes.

So for the US to really become an EV powerhouse, it needs to first solve its lithium supply problem.

Over 80% of the world’s raw lithium is currently mined in Australia, Chile and China. Moreover, China controls more than half of the world’s lithium processing and refining, and has three-fourths of the lithium-ion battery megafactories in the world, according to the IEA.

The US, meanwhile, mines and processes only 1% of the world’s lithium, according to the US Geological Survey (USGS). There is only one lithium mine in operation, Albemarle’s Silver Peak, which extracts lithium from brine outside of Tonopah, Nevada, outputting a paltry 5,000 tonnes of lithium carbonate a year.

However, this is not to say we can rule out the US as a major producer of lithium, dubbed “white gold” for its vital role in rechargeable batteries and high demand.

The US had been the leading producer of the metal until the 1990s, so scarcity is not a problem.

Within its borders are almost 8 million tonnes of lithium in reserve, ranking it among the top five countries in the world, according to the USGS.

So, with the right amount of investment, a burgeoning domestic “mine to battery to EV” supply chain is certainly within reach. Several projects are already in the works across the states of Nevada, North Carolina, California and Arkansas.

Nevada looks to be the focal point of the next “white gold rush” given the abundance of lithium-rich brines and clays, plus its history of lithium production dating back to the 1960s. It currently hosts the only US lithium mine, for now.

The BMI lithium index has already shot up by 280% year-on-year, and nearly 12% over the past month alone.

Some are predicting that this run is far from done. Australian lithium miner Allkem told Reuters this week that lithium carbonate prices could explode in the second half of the year, rising by about 80% to over $20,000/tonne in the six months to December.

“It’s a very, very tight supply market and as a result of this we’re seeing this very rapid increase in pricing,” the company representative said.

Strong demand for lithium-ion batteries for EVs and other applications is expected to put a strain on the global supply of battery raw materials, which will likely invoke a string of new investments.

China’s biggest battery makers and miners are already gobbling up lithium assets left, center and right, with more deals still left to be done. Without a doubt, lithium’s “white gold” label is merited.

With the global race to secure minerals in full throttle, there will be calls made to companies holding lithium projects within the most prolific regions of the world.