Palladium has found another gear as it races past $2,200 an ounce, leaving its sister platinum-group metal platinum, and even gold, eating its dust.

On Tuesday palladium (Pd) hit a record $2,191 an ounce, building on nine straight sessions of gains, but even that wasn’t enough for the autocatalyst ingredient, as it powered higher on Wednesday to trade at a dizzying $2,227/oz, as of this writing. 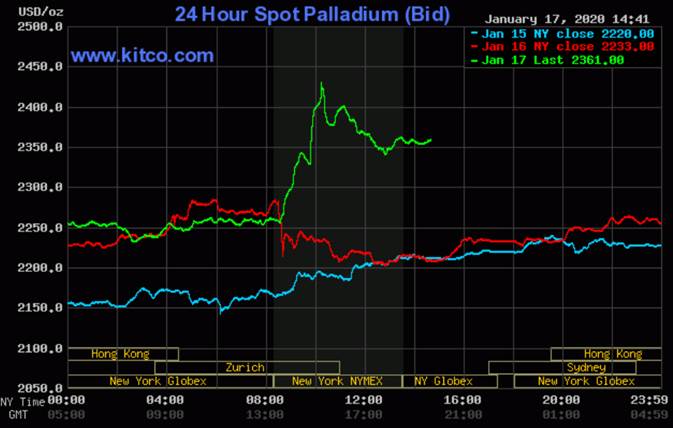 In comparison spot platinum (Pt), which up to 2016 was priced higher than Pd, was trading at $1,110/oz as of Wednesday afternoon, a long way below the $1,812/oz it commanded during the height of the mining supercycle, in September 2011, the same month gold powered up to its personal best of $1,900/oz. 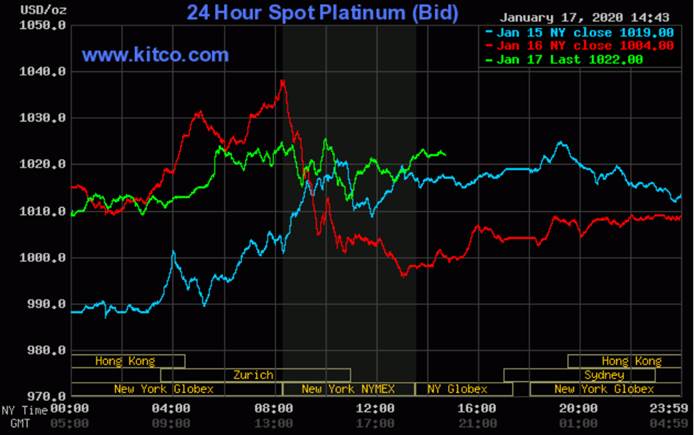 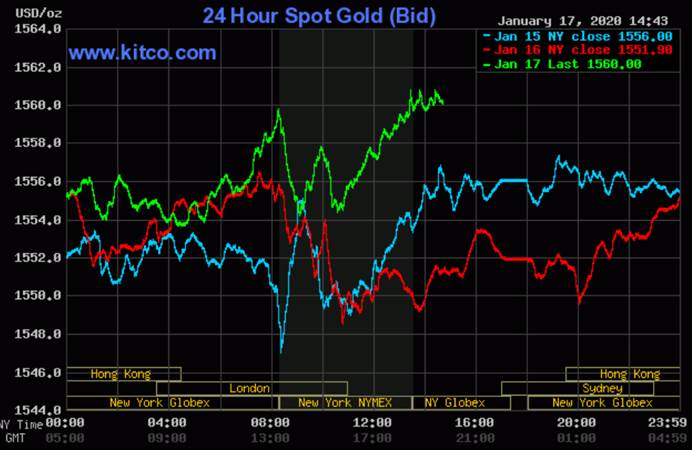 Why the enviable price performance?

Palladium has been in deficit for eight straight years, because of low mined output and smoking-hot demand for catalytic converters in gasoline-powered vehicles, as smog-belching diesel cars and trucks get phased out to meet tighter air emissions standards particularly in Europe and China.

Palladium is the dominant auto-catalyst ingredient in gas-fueled internal combustion engines, whereas more platinum than other metals is found in ICEs run on diesel.

An 800,000-oz deficit was expected in 2019 as palladium consumption reached 11.2 million ounces, while mining production lagged and stockpiles dwindled.

Around 90% of palladium is mined as a by-product of nickel (mostly in Russia) and platinum (in South Africa).

With palladium and rhodium prices at record highs, it makes sense for platinum and nickel companies that mine them, to ramp up production to take advantage. Problem is, there is limited scope for producers to increase supply, especially in South Africa. There just isn’t a lot of new palladium-rich ore available. Just as important, a boost in output could add to the glut in platinum, which is these miners’ bread and butter.

Most seem to agree that palladium is in for another great year after posting a massive 46% gain in 2019. Here’s an analyst quoted by Reuters on Tuesday:

In their 2020 forecast, analysts at MKS Pamp Group, a precious metals refiner, are equally bullish. They see prices rising to $2,400 this year, and averaging $2,288, meaning the metal still has a ways to go. As quoted on Kitco,

“All key factors that propelled Palladium to new highs in 2019 remain in place in 2020,” the analysts said. “We expect palladium to remain in the spotlight again this year!”

Amid this very encouraging palladium market, our pick in the palladium space, Palladium One (TSX-V:PDM), has kicked off its 2020 exploration program with an extensive geophysical survey of its flagship Lantinen Koillismaa (LK for short) copper-nickel-PGE project in Finland.

Palladium One’s goals are to upgrade historical estimates to comply with NI 43-101 standards, and to find define more than 3 million ounces of Pd_Eq in open-pit resources.

The modeled pit suggests the future mine is expected to have a relatively low “waste-to-resource” ratio of 3:1, resulting in a low-cost, low-capital operation.

Much of the roughly 25 km of Koilissmaa’s basal (base) contact was mapped and reconnaissance-drilled (81 holes/11,514m) by majority-state-owned Outokumpu for copper/ nickel and later by GTK for Cu-Ni-PGE mineralization. GTK, the Geological Survey of Finland, punched in a series of widely spaced, shallow (typically about 40 meters depth) drill holes that demonstrated anomalous Cu-Ni-PGE mineralization along the 25 km of basal contact – only about four kilometers of which has been drill-tested.

Therein lies the exploration opportunity, the upside. The induced polarization (IP) survey, commonly used in base metals exploration to locate ore deposits such as disseminated sulfides, will survey five separate grids for a total of 75 line kilometres.

The five grids represent a strike length of about 12 kilometers.

“Our Phase 1 program includes both IP geophysics and up to 5,000 meters of diamond drilling,” said Derrick Weyrauch, Palladium One’s President and CEO, in a news release.

The survey is expected to begin next week, with diamond drilling to follow.

How much more mineralization is the IP survey likely to find? The prospectivity of a 12-km strike length is tantalizing.

This bodes well for explorers like PDM whose deposits contain significant amounts of palladium, as well as nickel and copper, which are also needed for electric vehicles and their lithium-ion batteries.

We look forward to the results of the survey and seeing how the upcoming drill program will unfold. A treasury brimming with CAD$3.78 million raised from a private placement, including a $1.2 million investment by storied resource investor Eric Sprott, Palladium One is ready to go to work and deliver solid news flow for shareholders.

Richard owns shares of Palladium One (TSX.V:PDM), PDM is an advertiser on his site aheadoftheherd.com