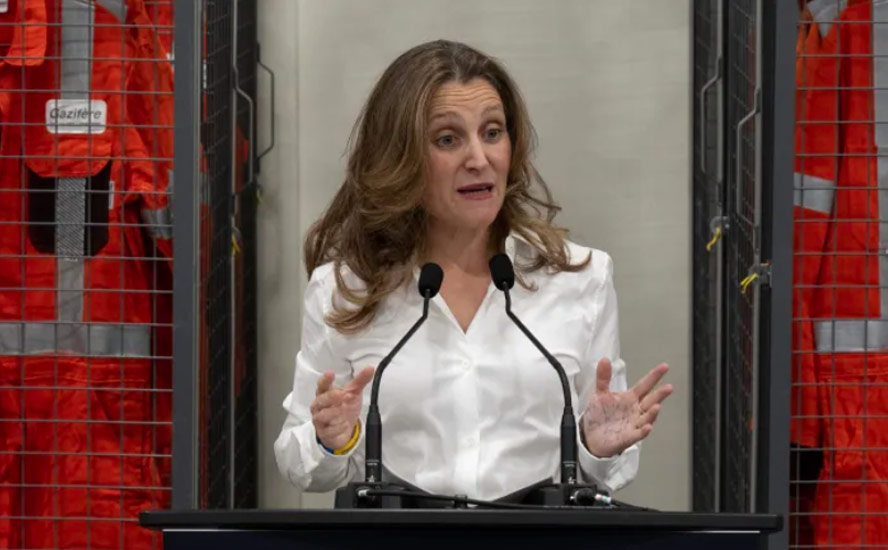 After the Canadian deputy prime minister’s declaration in Washington, D.C., last week that the “end of history” has itself now officially come to an end, Chrystia Freeland is bringing her message home to Canadians.

But as Freeland announced that we must abandon the optimism that post-communist countries would gradually turn into healthy democracies and good global citizens, some critics were warning that she was helping to widen a new great divide in trade and politics that may not be as favourable to Canada as the original Cold War.

In a speech to the Brookings Institution on Oct. 11 that is still making waves around the world, called variously — though not by her — a “manifesto” or the “Freeland Doctrine,” the deputy PM and finance minister laid out groundwork for a new global trade regime.

Using Russia’s Feb. 24 invasion of Ukraine as a jumping-off point, Freeland’s proposition — titled How Democracies Can Shape a Changed Global Economy (well worth a listen on the Brookings website) — insists that we should stop supporting autocracies such as Russia and China and focus on trade and investment in the countries of our democratic allies.

Parts of the idea — including the “friend-shoring” proposed by U.S. Treasury Secretary Janet Yellen as a solution to supply chain problems — are not entirely new. But in an impassioned and rational presentation to a collection of global policy wonks, Freeland sketched a blueprint for how Canada and its allies must respond to the world’s latest crop of autocrats.