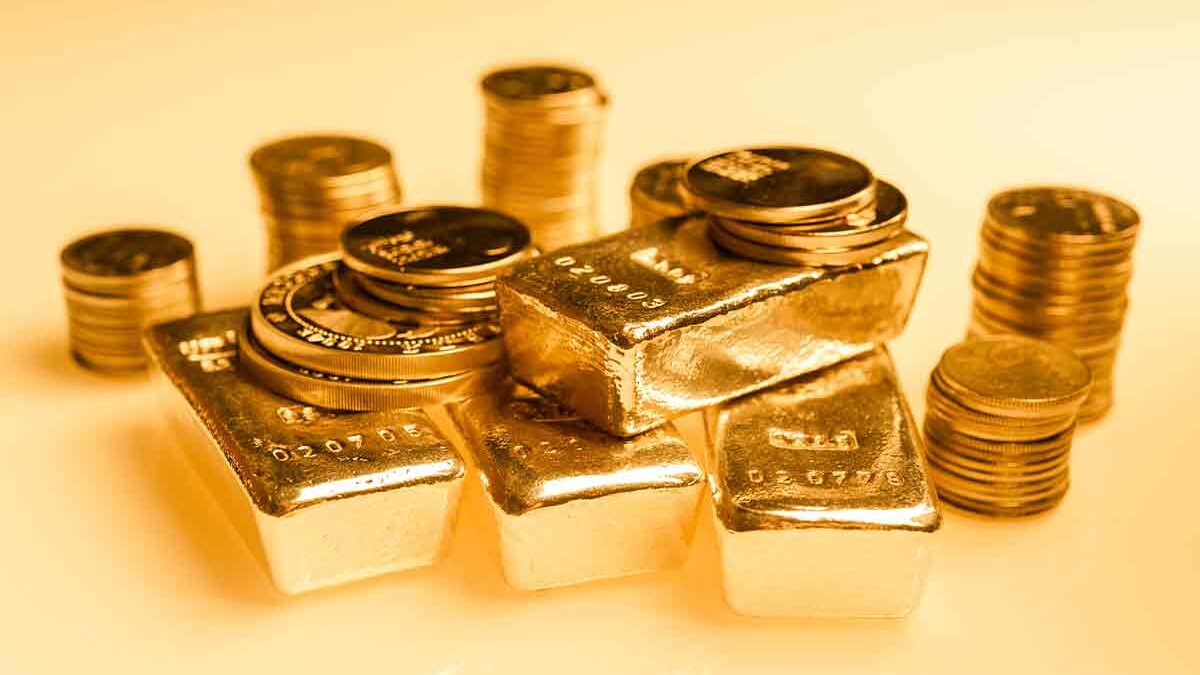 Alaska has long been ranked among the world’s best gold mining jurisdictions and is one of the top gold producers in the US.

The state has a rich mining history dating back to the mid-1800s, when Russian explorers first discovered placer gold in the Kenai River. Gold discoveries were made sporadically until the transfer of ownership to the US in 1867, which allowed American prospectors to travel up north, setting off a series of gold rushes that lasted for half a century.

Today, nearly all of the large and many of the small placer gold mines currently operating in the US are found in Alaska. The state is now home to as many as five large-scale hard-rock gold mines, including Fort Knox (Kinross), Pogo (Northern Star) and Kensington (Coeur Mining).

Although gold has been mined throughout Alaska in the past, it is the areas surrounding Fairbanks, Juneau and Nome that are currently dominating the state’s gold mining industry.

Near Fairbanks, one junior miner that is holding onto a significant underexplored gold resource is Freegold Ventures Ltd. (FVL: TSX) (OTCQX: FGOVF). The company is simultaneously progressing with two drill programs this year, one at the advanced stage Golden Summit project and another recently started at the Shorty Creek copper-gold porphyry project.

A large, bulk tonnage gold project with significant room for expansion, Freegold’s flagship Golden Summit property is located just a 30-minute drive from the city of Fairbanks, the second-largest city in Alaska. Fairbanks serves as a major population and supply center for the state’s interior region.

To date, over 80 gold occurrences have been documented within the project boundaries. Historical records show that 6.75 million ounces of placer gold have been produced from the streams draining Golden Summit.

Freegold acquired an interest in the Golden Summit project in mid-1991 and subsequently conducted exploration including geologic mapping, soil sampling, trenching, rock sampling, geophysical surveys and drilling on the property.

Drilling completed by Freegold between 1991 and 2009 totaled 26,902 metres of core and reverse circulation drilling in 214 holes, and 26,640 metres of rotary air blast drilling in 2,028 holes, before a comprehensive property compilation was completed in 2010. This compilation identified the potential to delineate a resource in what is known as the Dolphin area.

A ground-based geophysical survey was also undertaken, which indicated that the alteration in the Dolphin area is well defined by a low resistivity feature. This resistivity survey, in conjunction with soil geochemistry and re-interpretation of previous drill results, provided guidance for resource definition and expansion.

An extensive drilling campaign was carried out by Freegold during 2011-2013, from which the company was able to delineate and upgrade the mineral resource through successive drilling in and around the Dolphin area.

In 2019, following an extensive data review of past drilling and in conjunction with the resource model and block model level plans, Freegold identified what it believed to be the potential for a higher-grade corridor of mineralization extending from the area of the old Cleary Hill mine workings towards the Dolphin intrusive.

Based on this interpretation, drilling recommenced on the project in February 2020 targeting the Dolphin Cleary area.

According to the company, Dolphin is the likely driver of the mineralization found in the Cleary Hill area, which is found within the permissive pathways of schist and effectively form vein swarms. The Dolphin Cleary area currently covers an area of 1400 metres x 500 metres.

Further drilling through mid-December continued to validate this exploration hypothesis with broad zones of higher-grade mineralization that appear to plunge towards the Dolphin intrusive, again demonstrating the potential to significantly expand the existing resource.

Drilling resumed in February 2021 with three drill rigs and is expected to continue throughout the year.

The 2021 drilling is initially focused on the Cleary-Dolphin area, with approximately 40,000 metres planned in 80 holes. The program will continue to test Freegold’s hypothesis that there is potential for a higher-grade corridor of mineralization that may extend from the area of the old Cleary Hill workings towards the Dolphin intrusive.

Infill drilling to upgrade and expand the existing resource categories will also be undertaken as well as cultural resource and environmental baseline work aimed at advancing the project through pre-feasibility.

So far, 27 holes totalling 14,700 metres of drilling have been completed. Results for the first two holes of the 2021 program were released in June.

Hole GS 2101, drilled northeast of the contact with the Dolphin intrusive, continued to show very broad zones of greater than 1 g/t mineralization, with significant sections grading better than 1.5 g/t.

This week, results from a further six holes (3,628.4 metres ) were released, again intersecting mineralization above the resource grade. The latest drill results are highlighted by GS 2122, which intersected 2.94 g/t Au over 111.2 metres.

These results continue to successfully confirm Freegold’s revised interpretation of a potential higher-grade corridor extending from the old Cleary Hill mine workings towards the Dolphin intrusive.

Drilling has also indicated the possibility for higher-grade mineralization at Cleary Hill well below the level of previous drilling.

Freegold is also conducting a 2,500-metre drill program at the Shorty Creek property, located approximately 125 km northwest of Fairbanks and 4 km to the south of the former mining town of Livengood and the all-weather paved Elliott Highway.

The company acquired Shorty Creek after completing a data review that suggested the project had the potential to host a series of copper-gold porphyry deposits. Exploration since 2014 has included ground geophysics, geochemical surveys and diamond drilling.

Subsequent drilling in the Hill 1835 target has intersected copper mineralization that occurs as chalcopyrite within quartz stockwork veining hosted in shale/siltstones and as fine disseminations and blebs primarily along bedding planes.

In March 2019, Freegold entered into an agreement with South32 Ltd., granting the Australian miner the option to earn a 70% interest in the Shorty Creek property. To maintain the option in good standing, South32 must contribute a minimum exploration funding of $10 million over the 4-year option period.

The 2019 program at Shorty Creek was fully funded by South 32, consisting of 1,542 metres of diamond core drilling in five holes, three of which were abandoned before reaching target depth due to difficult drilling conditions.

One hole was completed to a depth of 336.6 metres and intersected 99.1 metres of 0.29% Cu and 1.61 g/t Ag from 225.3 metres to 324.4 metres. It was drilled at the northeastern edge of the previously drilled area at target 1835 and to the southeast to test a previously untested area of higher chargeability. This anomaly remains open to depth and continues to the east.

In addition to the drilling, 100 km of induced polarization and 98 km of ground magnetic surveys were completed. A further 543 soil samples were collected to expand target areas for future drill programs.

Hill 1835 is only one of the potentially significant areas at Shorty Creek. Similar to many significant porphyry districts, a large zone of several other target areas has been identified with an area of nearly 10 km in diameter, including the large 6 km long magnetic feature on Hill 1710.

The 2020 program was confined to drill target refinement, which led to several prospective target areas being further delineated. These targets will be drill tested during the 2021 program.

The current program will consist of an initial drill test of the Quarry target and additional drilling in the 1835 area.

With an ambitious drilling program in progress at the Golden Summit property, Freegold is aggressively looking to unlock the value of its multi-million-ounce gold resource in one of the richest placer gold districts in Alaska. The intermediate goal is to deliver a PFS for the project by the end of 2022.

Backstopped by $30 million in cash and the support of major shareholder Eric Sprott, a renowned figure in the junior mining space who has invested in numerous successful projects in the past, Freegold has, imo, a good chance to grow Golden Summit into at least a 10-million-ounce resource base.

Meanwhile, the recently started exploration drilling at Shorty Creek, funded by one of the major players in the industry, would likely add more to that resource in the coming years. This copper porphyry discovery has the size and potential to become a new district, according to the company.

Freegold (FVL: TSX) is a Toronto Exchange listed company focused on exploring for copper and gold near Fairbanks, Alaska. Holding both the Golden Summit project, an advanced stage gold asset on which Freegold completed a preliminary economic assessment (PEA) in January 2016, and the Shorty Creek project, an exciting new copper-gold porphyry discovery.