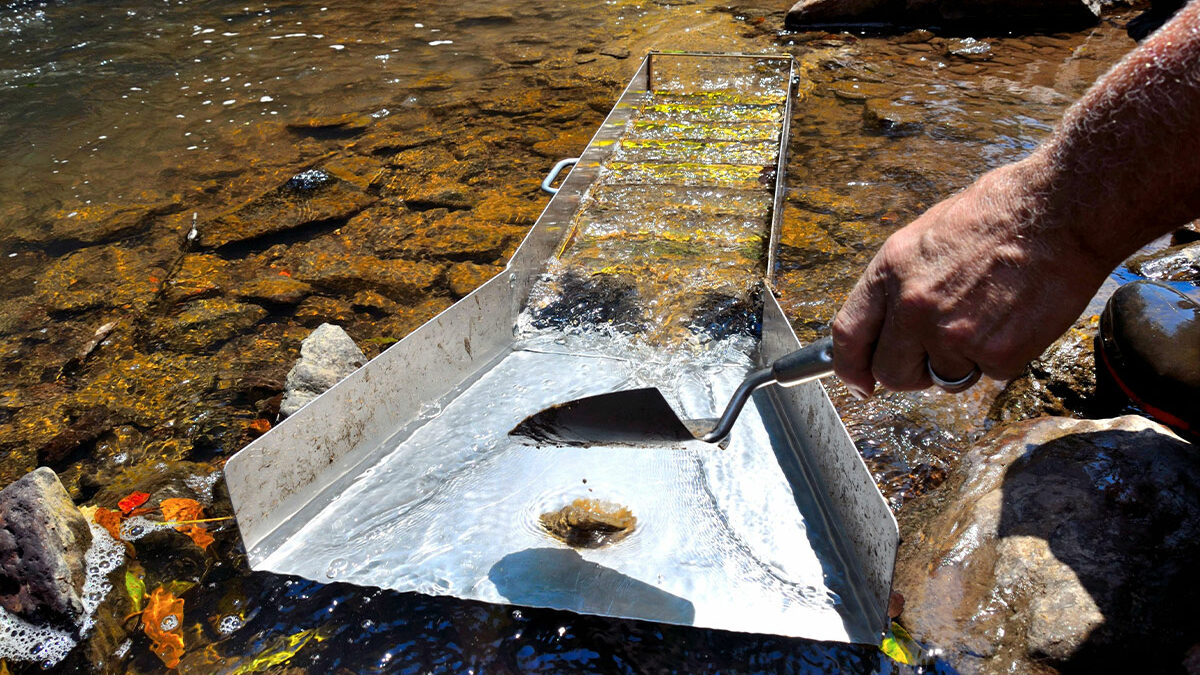 While the gold market hasn’t fared too well since the beginning of the year, with prices falling through the first three months and ending the quarter on a loss for the first time since December 2016, this hasn’t discouraged gold miners from making the necessary moves to mark their territories.

Earlier in the year, Bank of America analysts wrote in a report that they’re expecting another round of consolidation for the industry in 2021, with gold producers facing pressure to replace reserves that have been mined last year and developers looking to snatch up high-quality assets.

So far, that prediction has come true.

Evidently, even with the sluggish performance of the metal, industry players still believe there are better days ahead, especially as the repercussions of more government stimulus start to kick in, which could elevate gold prices in the long run.

Banks including Goldman Sachs and CIBC continue to see upside in gold in 2021 despite recently trimming their forecast, citing rising inflation as the dominant bullish factor for precious metals later in the year. As such, analysts still believe there is strong value in the gold mining sector, which is expected to fetch “attractive returns” for investors.

This bullish sentiment is likely the driving force behind the rising M&A activity.

In a recent BIV interview, Sprott U.S. Holdings president Rick Rule said he could see total M&A deal value in the precious metals business being “dramatically” higher than the $14 billion recorded in 2020.

Rule added that “the industry is sorely lacking high-quality exploration projects or development projects.” This meant that “when somebody makes a good discovery, they can be taken at absolutely eye-popping multiples.”

Just like last year, the BofA team expects a renewed focus on regional and bolt-on acquisitions where travel is either limited and the risk of Covid-19 is minimal.

With the market for gold deals heating up and miners still hungry for high-upside projects, one gold developer that could garner attention is the Alaska-focused Freegold Ventures Ltd. (TSX:FVL), which currently holds an advanced-stage gold asset in a highly mineralized district near Fairbanks.

Most in the industry consider Alaska to be a safe, stable jurisdiction with a long mining history and significant mineral resources that remains relatively underexplored. Gold mining can be dated as far back as the mid-19th Century, and since then, it has been one of the state’s major industries.

Freegold’s exploration focus in Alaska is Golden Summit, a large bulk-tonnage gold project with significant room for expansion. The property is situated in one of the richest placer gold districts in Alaska, with more than 6.75 million ounces of placer gold having been produced from the creeks draining the property. Kinross Gold Corp. (T:K) operates a large open pit mine (Fort Knox) nearby and has produced over 8 million ounces to date through both year-round milling and heap leaching.

Acquired by Freegold nearly 30 years ago, the Golden Summit property was the subject of an extensive drilling campaign during 2011-2013.

While the bulk of the current resource is hosted by the Dolphin intrusive, its extent is not yet known. According to Freegold, Dolphin is the likely driver of the mineralization found in the Cleary Hill area, which is found within the permissive pathways of schist and effectively form vein swarms. The Dolphin-Cleary area currently covers an area of 1,400 meters x 500 meters.

In 2019, following an extensive data review of past drilling and in conjunction with the resource model and block model level plans, Freegold identified what it believed to be the potential for a higher-grade corridor of mineralization extending from the area of the old Cleary Hill mine workings towards the Dolphin intrusive. Based on this interpretation, a drill program was initiated on the project in February 2020.

As an initial test of this hypothesis, Freegold first announced the results of hole GSDL2001 in May 2020, which returned 188 meters grading 3.69 g/t Au — the longest intercept of higher grade drilled at Golden Summit to date. This confirmed the company’s interpretation of a robust vein swarm system occurring on the property.

By the end of 2020, a total of 18 holes were drilled. Assays have been received for 10 of the holes, all of which have demonstrated the potential for larger, higher-grade portions from the Dolphin zone across to the Cleary zone.

The latest results from the Golden Summit drill program came in February 2021, with drill holes GSDL 2009 and 2010 both intersecting broad zones significantly above resource grade at their projected target depths.

The zones comprised multiple veins, veinlets and stock working within a broadly defined zone of mineralization. Assays remain outstanding for holes GSDL 2011-2018, which were designed to target the northern extension of the Dolphin zone and the deeper extension of the Cleary vein system.

Results for the first eight drill holes released by Freegold over the past year are displayed below:

So far, there are over 80 documented gold occurrences throughout the project area and ongoing work continues to identify the potential for other vein swarms.

As mentioned, mineralization at Golden Summit is hosted both within the Dolphin intrusive and the surrounding metasediments.

All the holes reported to date were within the targeted metasediments and contain broad zones of intensively silicified and sericitized material.

While it awaits results for the remaining eight holes, the company has resumed drilling in the Cleary-Dolphin area, with approximately 80 holes totaling 40,000 meters planned for this year.

Emphasis will be on continuing to delineate zones of higher-grade mineralization consistent with Freegold’s interpretation, in particular the area to the north of the Dolphin intrusive.

In addition, drilling will also be directed to the south of the Cleary Hill mine where older workings including the Colorado, Wackwitz, and Wyoming vein zones, which have never been tested to depth or along strike to the east. Past drilling in the Cleary Hill area has been largely shallow in nature and it is interpreted that the Dolphin intrusive likely underlies the Cleary Hill area at depth.

Beyond expanding the existing resource and potentially increasing its grade, the current program is also designed to advance the project through pre-feasibility.

For up-and-coming gold miners, it’s all about location, tonnage and grade, and Freegold has all these boxes ticked. Not only that, but its Golden Summit property appears to contain even more resources than what is currently known, as confirmed by the 2020 drill results.

As soon as the first assays came out last spring, investors quickly took notice of this potential growth opportunity in a historically proven gold district. One day after these drill results were released, Freegold’s stock price had more than doubled, and the company swiftly announced a significant investment led by mining billionaire Eric Sprott.

As drilling continued on the property through the year, investors including Sprott poured even more capital into the company, showing the level of confidence they have in the Golden Summit project.

Although the recent pullback in gold prices has made the mined product less profitable, this hasn’t deterred gold miners from making deals and scouting for further opportunities. Backed by more than 6.2 million gold ounces and over $30 million in cash, Freegold is well-equipped to be that high-growth gold play that miners and investors are looking for.