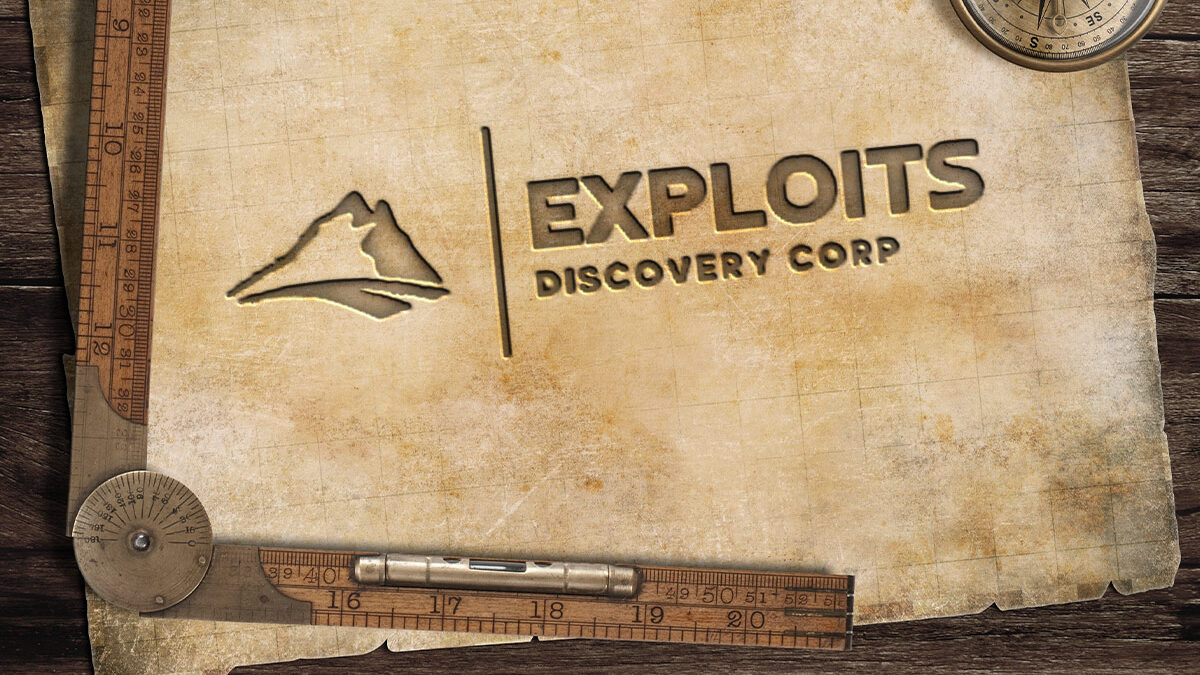 This week, the gold miner moved one step closer to its first discovery, announcing assay results from the 2020 prospecting campaign in the northern end of the Dog Bay project, one of 7 known exceptional prospects that it has assembled within the Exploits Subzone gold belt.

These projects all have comparable geological, geochemical and structural settings to the nearby Queensway discovery held by New Found Gold Corp. (TSX.V:NFG), whose exploration in 2019 yielded an “earth-shaking” drill intersection of 92.86 g/t Au over 19 metres near surface, one of the highest ever seen in the province.

The Dog Bay land package covers over 32 km of strike length of the Appleton Fault, a known gold mineralized deep-seated regional structure and the focus of New Found’s 2019 discovery. Exploits also controls an additional 18 km strike of the Appleton Fault on the Great Bend project further south within the Exploits Subzone gold belt.

On the Dog Bay project, Exploits took 57 samples from outcrop and subcrop at the Quinlan Veins, which are several 50-70 cm wide quartz veins over a 25 m wide zone, currently running 5-20 m in strike length before diving under overburden cover.

Visible gold was discovered as fine grains in crack seal fractures (shown above), and as fine to coarse grains in the quartz veins. Trace sulphide mineralization is also present in the quartz veins as pyrite, chalcopyrite, galena and sphalerite. The veins are observed to be milky white with sections of vuggy and crack seal textures, which are typical of epizonal, orogenic gold deposits.

Perhaps the most important finding was that the Quinlan Veins are located on a secondary structure that splays off of the Appleton Fault, as demonstrated by geophysical analysis. Such secondary fault structures were found underlying the gold-bearing sample locations, which could provide evidence for the structurally controlled, orogenic gold model that successfully targeted New Found’s major discovery.

“The results of first pass sampling at the high-grade Quinlan Vein showing demonstrate the potential of the gold-bearing Appleton Fault and crossing secondary structures. With over 50 km strike along the Appleton Fault on Exploits’ Dog Bay and Great Bend claims, the company is well placed to make a drilling discovery in 2021.” Michael Collins, President and CEO of Exploits, remarked in the Feb. 9 press release.

Additional sampling was done at the Cove Veins, about 1 km southeast of the high-grade gold samples at the Quinlan Veins, along strike of the interpreted secondary fault structure. A total of 28 samples from outcrop, subcrop and float were collected at this location, with 2 subcrop samples returning assays of 10.6 and 2.3 g/t Au, with 7 total samples assaying above 0.1 g/t Au at an average grade of 2.1 g/t Au.

The high-grade gold samples, found in the Quinlan Veins and the Cove showing along the secondary fault structures, provide approximately 2 km of strike length for additional discovery potential, Exploits noted.

An additional vein system called the Port Albert Veins, approximately 1.5 km northeast of the Quinlan Veins, was discovered during the prospecting campaign. The Port Albert showing consists of several veins up to 2.5 m wide and have been traced up to 65 m in strike.

These veins contain abundant pyrite, sphalerite, galena and chalcopyrite, thus representing a different system than the one observed at the Quinlan Veins and Cove showing. Of the 72 samples taken from outcrop and subcrop, 12 samples returned assays above 0.1 g/t Au at an average of 0.7 g/t Au.

Earlier this month, Exploits also announced results of its spatiotemporal geochemical hydrocarbon (SGH) soil grid and outcrop sampling completed on the True Grit property. This project covers 25 km of secondary structure parallel to the Gander River Ultramafic Belt (GRUB), thought to be very important in the mobilization and concentration of gold mineralization in the region.

The results of the SGH soil grid highlighted three distinct areas where the geochemical hydrocarbon signal related to gold mineralization are present in abundance. These gold responses were missed by historic drilling.

The southern area (see map above) partially coincides with the drill results from 2005. These shallow, broadly gold mineralized intercepts validate the SGH method as it proves there is gold in the ground; however, the intercepts are spatially located on the fringes of the SGH gold signature and are oriented west-northwest of the anomaly. The highest targets within the signature remain to be tested.

The northern two SGH anomalies lie where there has been little to no drilling. A single drilling campaign by Moydow in 2005 targeted a gold-in-till anomaly but returned no significant assays. Because these drill holes coincide with an area of zero to low SGH gold signatures, it could mean the anomaly previously targeted by drilling was mobilized from their source.

At the moment, Exploits is flying a 2,830 line kilometre airborne VTEM geophysical survey at 100 metre line spacings to target gold-bearing structures on the True Grit project. High resolution geophysics paired with SGH results were a big part of the successful exploration model used by Great Bear Resources (TSX.V:GBR) for their Dixie discovery in the Red Lake district of Ontario, the company noted.

Using AI technology developed by partner GoldSpot Discoveries (TSX.V: SPOT), the company will integrate the survey data with historic drilling to gain a better understanding of the structural component of the project, which will help to identify targets for drilling. The same method and technology were used by New Found Gold for the Queensway discovery.

Speaking of exploration targets, following last month’s release of the first high-priority target generated by GoldSpot, Exploits has applied for permits to begin its first drill program in spring 2021.

The company is planning to complete 24 holes for 6,000 m of diamond drilling across the Schooner and Jonathan’s Pond prospects (12 holes on each). Drilling locations were determined based upon preliminary geological analysis carried out by Exploits’ in-house technical team and GoldSpot’s geophysics experts and AI program.

According to Exploits, the drilling placement follows on the same targeting techniques used by New Found Gold in the discovery hole at the Keats Zone (19 m of 94 g/t Au), targeting secondary and tertiary displacement structures that are thought to be responsible for gold mobilization and concentration in the Exploits Subzone.

Drilling at Schooner, the first target identified on the company’s Mt. Peyton project, will target secondary displacement faults stemming from the Schooner Fault, a deep-seated fault zone 3.5 km west and trending subparallel to New Found Gold’s Keats Zone along the Appleton Fault. The Schooner prospect is deemed to be analogous to Keats due to the similarities in structural control and both locations being hosted in Davidsville Group sediments.

The Jonathan’s Pond project is located on a splay fault off the GRUB line. Drilling will target the JP vein, which has visible gold and assays up to 29 g/t Au. It will also target a demagnetized fault structure observed in geophysics, with coincident overlaying gold in till samples, located entirely within the newly acquired land from New Found Gold as well as original Exploits land.

Ground geophysics, outcrop mapping and trenching are being planned to fine-tune each target, so that they will be drill ready once the permits have been approved.

With more targets still to be identified and an inaugural drill program right around the corner, the next few weeks could shape up to be the most exciting period for Exploits Discovery Corp., placing it closer and closer to new discovery (ies) in what could be the next frontier for gold mining.

The latest sampling results show that the company isn’t without substance: it has faults, subfaults and splays necessary to replicate New Found Gold’s success in Central Newfoundland.