In the last 25 years, Lithium-ion batteries have become essential to modern-day electronics.

They are used in everything from mobile phones and laptops to power tools, electric vehicles, large stationary storage batteries, and military applications such as missile guidance systems.

By far the most important future application for lithium-ion batteries is in electric vehicles (EVs).

Today EVs are a small part of the auto industry. But by 2047, there are expected to be upwards of 1 billion electric cars on the road. All these EVs will need lithium-ion batteries. 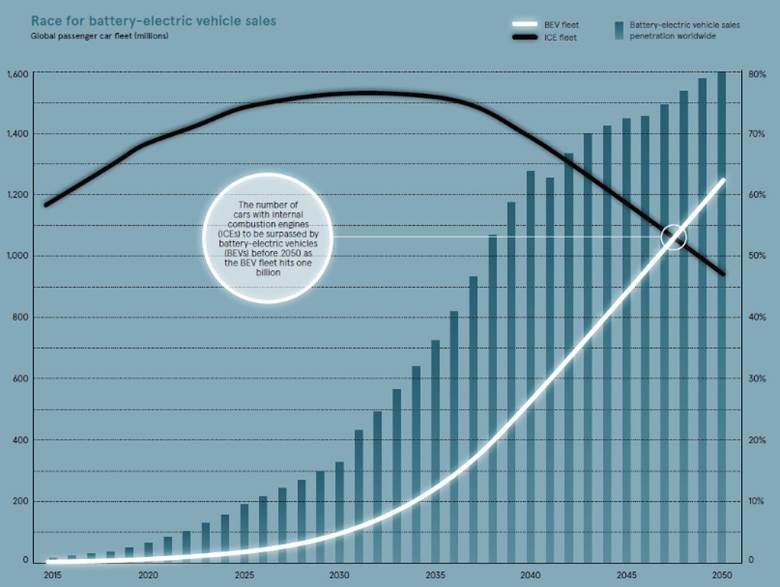 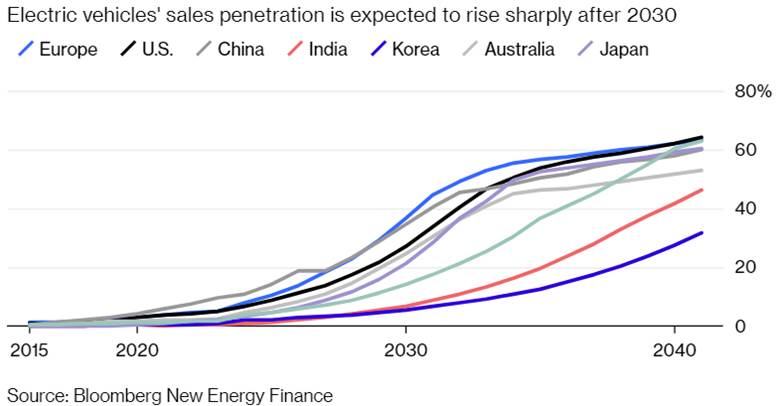 The lithium market is small, currently only about 230,000 tonnes a year. So that’s well over 120 times current production.

Demand for lithium is going off the charts. Miners, battery makers, EV manufacturers and defense contractors and are all going to be scrambling for supply.

Lithium-ion battery technology is now the mainstay technology in consumer electronics and because of the first mover adoption benefit is going to stay the number one technology for a very long time. Prices have come down so far, billions have been invested in making the technology work so it’s going to be impossible for any competing technology to gain the economic foothold to successfully compete.

Demand Can’t Possibly Keep Up With Supply. That Means the Lithium Price Must Go Up – Major Lithium Producers Are Currently Selling LCE For $16,500/tonne And Lithium Carbonate Prices Will Likely Go Much Higher

“Quite simply, there’s not enough supply to meet the demand, and the demand is increasing quicker than the supply is. Much, much quicker. Therefore, lithium’s price will remain strong.” Simon Moores, Managing Director at Benchmark Mineral Intelligence

Lithium already has the wind at its back from the surging demand for consumer electronics and EVs but there’s even more to lithium’s story.

“USGS experts prepared an analysis of which critical minerals would be components of a Navy SEAL’s combat equipment. It concluded that the outfit would include five critical mineral elements in night-vision goggles, 13 for communications gear and a Global Positioning System and three for an M4 rifle.

As a former Navy SEAL, I didn’t realize that when I was entering combat, much of it was made in China…”
Interior Secretary Ryan Zinke 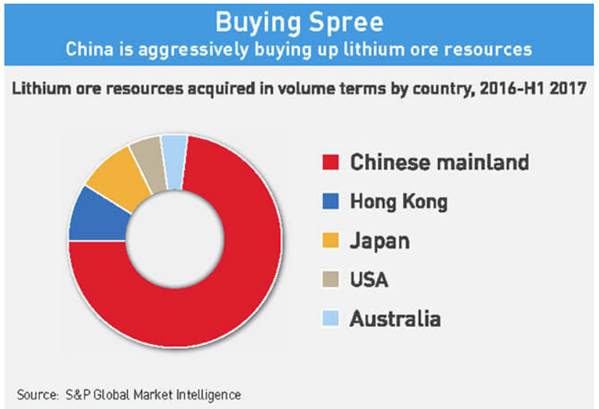 “The United States must not remain reliant on foreign competitors like Russia and China for the critical minerals needed to keep our economy and our country safe.” President Donald Trump

At Ahead of the Herd we have been invested in, and featuring the lithium space in our newsletter since 2009, when President Obama made reducing the US carbon footprint through the electrification of the transportation system a major plank in his election platform.

Our track record for our newsletter subscribers is excellent:

Cypress Development Corp. (TSXV:CYP, OTCQB:CYDVF). Building the Most Critical Metals Mine in America

A company that is uniquely positioned to benefit from, 1. Having what appears to be an extremely long-lived profitable lithium mine and 2. Trump’s America-first policy of mining lithium and other critical metals at home, is Cypress Development Corp. (TSXV:CYP, OTCQB:CYDVF).

Cypress Is Financed Through To The Next Step, A Prefeasibility Study

A resource estimate, PEA and now Cypress has raised $2m and has already started on the next step on the development path to building a mine, a pre-feasibility study (PFS) expected in Q1 2019.

What should Cypress investors expect from a PFS?

Cypress Is Extremely Undervalued Compared to Its Peers

Should Be On Your Radar Screen

“Cypress is pleased to enter into this Definitive Agreement and have the opportunity to work with Dajin. Besides exploring for lithium in Alkali Spring Valley, the JV presents potential synergies with Cypress’ Clayton Valley Lithium Project, particularly with respect to water supply. Cypress recently completed an oversubscribed private placement, which will enable us to complete upcoming milestones for Clayton Valley, including further drilling, metallurgical study, and a pre-feasibility study, as well as pursue exploration and a water rights application for Alkali Spring Valley with Dajin.”

When was the last time you heard of a major mining company making a discovery? The majors’ business is to produce, whereas the juniors’ place on the food chain is to explore, find and develop its deposit to a given point. Major mining companies have to look at juniors as opportunities to replace their reserves and grow their resources. That happens not because the majors want to, but because they need to.

As investors our ‘Holy Grail’s’ come few and far between. If, as they say, only one in 1,000 projects, or is it one in 2,000 projects ever become a mine, then ‘Holy Grails’ are rare indeed.

What could trigger a major miner’s attention, or for that matter a battery maker, defense contractor or EV manufacturer’s attention (all looking to lock up supply)?

Here at Ahead of the Herd we believe it is the confirmation of the all-in- production cost of $4,000/tonne lithium carbonate in the Preliminary Economic Assessment (PEA).

Advanced metallurgical studies are ongoing. They are a major part of any pre-feasibility study. Met studies, as they are called, provide definitive recovery numbers which leads to confirming a hard cost-of-production number. In Cypress’ case the PEA showed a ‘soft’ all in-production number of $4,000/tonne LCE. Confirm that number, ‘harden’ it with the results from the much more in-depth met studies done at a pre-feas level, and in our opinion potential partners will have the confidence necessary to move forward. A PFS attracts these kinds of partners, meaning validation of Cypress’ project and a market cap revision.

Expect met results to be released before the full pre-feasibility study is posted on SEDAR.

Investors are always looking for share price appreciation catalysts – hopefully an upward revision of a company’s market cap WITHOUT further share dilution. Cypress could be at this point – after all, the company did just raise $2m and is fully funded through the PFS. If an all-in production cost of $4,000/tonne LCE is realized then investors should have a very strong wind behind them.

SECURITIES OR OTHER INVESTMENTS REFERRED TO IN ANY SITE CONTENT MAY NOT BE SUITABLE FOR YOU AND YOU SHOULD NOT MAKE ANY KIND OF INVESTMENT DECISION IN RELATION TO THEM WITHOUT FIRST OBTAINING INDEPENDENT INVESTMENT ADVICE FROM A PERSON AUTHORISED TO GIVE IT. FROM TIME TO TIME, AHEADOFTHEHERD.COM AND ITS REPRESENTATIVES, INCLUDING WITHOUT LIMITATION PERSONS INVOLVED IN THE PREPARATION OF CERTAIN AHEADOFTHEHERD.COM SITE CONTENT, MAY HAVE LONG OR SHORT POSITIONS IN, AND BUY AND SELL THE SECURITIES OR DERIVATIVES (INCLUDING OPTIONS) OF COMPANIES MENTIONED IN SITE CONTENT.