Entheon Biomedical (CSE:ENBI): Developing a powerful psychedelic-assisted therapy for the treatment of addiction 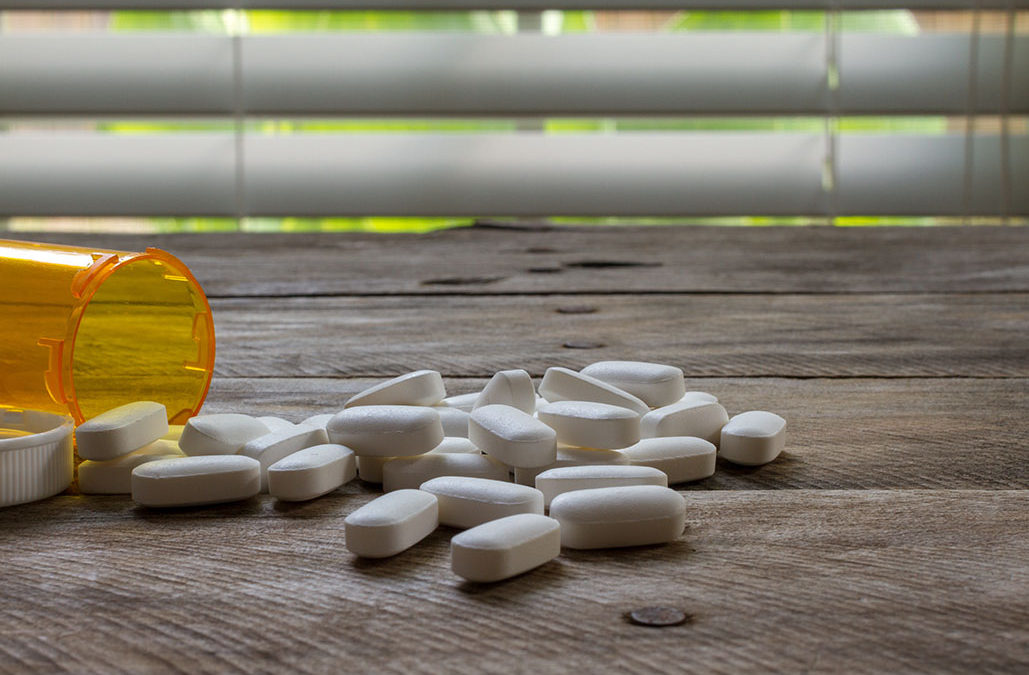 Psychedelic drugs, or sometimes called hallucinogens, are shrouded in a mist of misconceptions among the general public.

Many have been led to believe that these “party drugs”, which serve to produce changes in our perception, mood and cognitive processes (most would call this an “altered state of consciousness”), can have adverse effects on the human body and are highly addictive.

Terms such as “ecstasy”, “acid” and “magic mushrooms” — mostly because of how they are portrayed in pop culture and media — also did not help the drugs’ cause.

But in reality (the unaltered version in which we all live), psychedelics are considered physiologically safe for human use, with no scientific evidence of any drawbacks including dependence. A 2017 survey found hallucinogens to be the safest class of recreational drugs in the world. 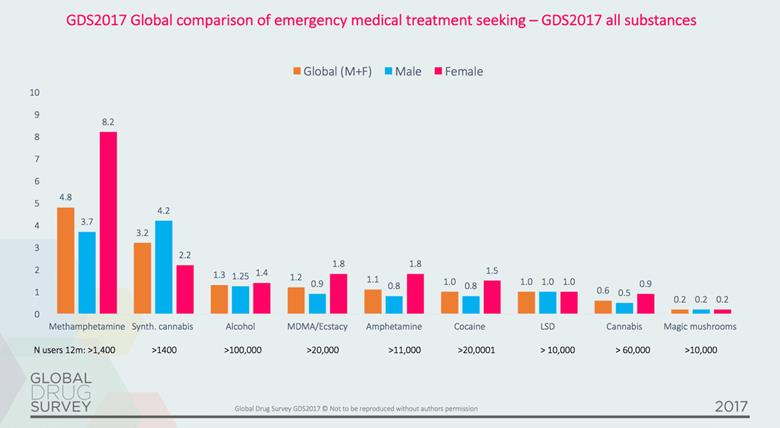 As a matter of fact, these drugs provide people with more than just “mystical experiences” — there are also potential therapeutic benefits associated with psychedelics.

The first observation of these psychiatric properties dates back to the 1940s, and more promising studies and trials followed even after the eventual prohibition of psychedelic drugs. Even long before that, psychedelics were used in traditional medicine and religious practices throughout the Americas to promote mental and physical healing.

Since the turn of the century, there has been a resurgence in psychedelic therapy. Over recent years, various research and personal anecdotes have shown that these substances can conjure up life-changing experiences and induce positive changes for those dealing with a range of mental disorders including substance-use disorder, post-traumatic stress disorder (PTSD) and depression — just to name a few.

Psychedelics may in fact be a solution, not a problem, to drug addiction. This is not a delusion but a claim that is backed by science and factual experience.

Now, many within the science community and on Wall Street are starting to take notice. In September 2020, psychedelics gained further traction with the initial public listing of UK-based Compass Pathways (NASDAQ: CMPS), the first psychedelics firm to list on a major US stock exchange. Its shares skyrocketed following the IPO, trading at nearly twice the offering price since October.

One rising drug developer that looks to follow that “pathway” is Entheon Biomedical Corp. (CSE:ENBI), which went public on November 12th. The company believes psychedelics have the potential to offer a powerful solution for the addiction epidemic that is scourging North America and the World.

In 2015, the life expectancy rate of the United States fell for the first time in 100 years, according to World Bank data. This decline extended into the following year as well.

This alarmed the American population, as most high-income countries at that time were still recording steady life expectancy growth.

Eventually, the culprit was found: the widespread use of opioid drugs. These medications, which are used to relieve pain by driving up the brain’s dopamine levels, are excruciatingly addictive.

Beginning in the late 1990s, the volume of opioid prescriptions in the US began to spike, resulting in the proliferation of drug overdose and suicide cases for the years and decades that followed.

Deaths linked to prescription and illegal drugs increased nearly sixfold between 1999 and 2018, with over 750,000 people having died from a drug overdose. 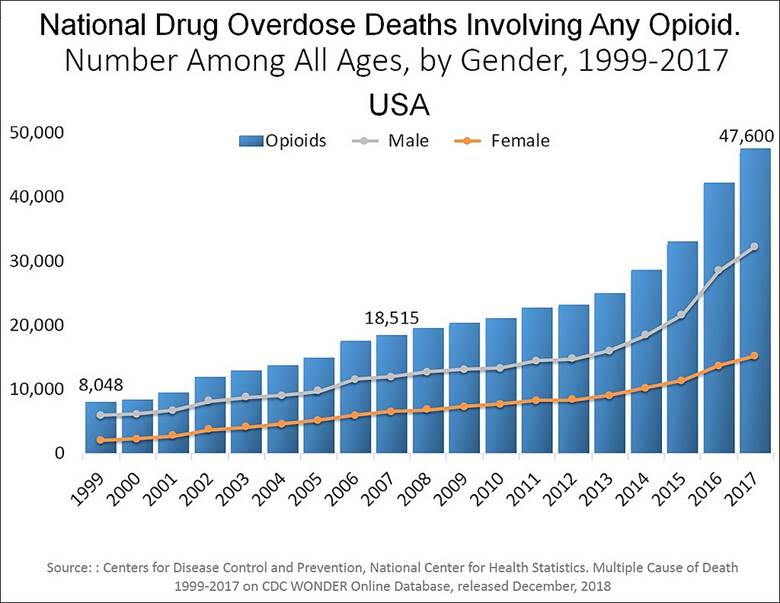 According to the US Department of Health & Human Services, some 130 people died every day from opioid-related overdoses in 2016-17. In 2017 alone, more people died from opioid overdoses than from HIV-related illnesses at the peak of the AIDS epidemic.

Things got even worse in 2018; an estimated 10.3 million Americans aged 12 and older misused opioids that year, leading to a death toll of just over 46,800.

North of the border, Canada also began to experience a similar crisis, with 10,337 opioid-related deaths between January 2016 and September 2018.

To this day, opioids — along with alcohol and other drugs — are still “addictively” contributing to a growing global health crisis.

Current methods of substance abuse treatment are still insufficient considering the magnitude of reported deaths and the scientific and technological breakthroughs seen in other areas.

This is not due to a lack of trying either. Governments and institutions worldwide have poured a substantial amount of taxpayer funds into developing treatment options.

But so far, the available treatments for drug abuse have proven to be either too costly or ineffective, or both. The cost of attending a drug treatment center could reach thousands of dollars a day, with success rates as low as 5% and high probability of repeat visits. The International Narcotics Control Board estimates that, from a global perspective, only one in six patients, some 4.5 million people worldwide, receive adequate treatment.

The healthcare system in the US is not conducive to treatment efforts either. According to a US Surgeon General report, substance use disorder treatment “remains largely segregated from the rest of healthcare and serves only a fraction of those in need.”

This kind of imbalance between demand and supply in the substance abuse treatment market can only mean one thing: opportunities for future addiction-treatment providers. It is forecast that this market is expected to expand at a CAGR of 8.7%, reaching a value of US$27.9 billion by the year 2025.

One of the first companies to recognize this severe lack of treatment options was Entheon Biomedical (CSE:ENBI), which is researching and developing its own psychedelic products to close the existing “treatment gap.”

Using psychedelics’ long history of treating addictive disorders as a scientific basis, the company wishes to dispel any misconception about the clinical use of these medicines and develop therapeutic protocols designed to treat the underlying causes of addiction.

For hundreds of years, consciousness-altering substances called entheogens (hence, the company’s name) psychedelic compounds have been used by indigenous groups (in the form of ayahuasca, psychoactive mushrooms, etc.) to promote psychological and physical healing, and have been studied for a half-century by the Western medical and scientific community.

Ko believes that psychedelic therapies are the way forward for treating addictive disorders because they have been shown to address the underlying cause of addictions, not just symptoms.

For now, Entheon Biomedical is solely focused on DMT, the most powerful classic psychedelic. Unlike the other classic psychedelics (LSD, psilocybin), DMT has the unique quality of being very short acting. From the standpoint of costs and scalability the short-acting and powerful nature of the molecule make it the ideal molecular candidate for medical use.

A naturally occurring psychoactive compound, DMT is derived from a number of plant species and can be synthetically produced in laboratories.

Much of the early discovery work of DMT was pioneered by Rick Strassman, a clinical associate professor of psychiatry at the University of New Mexico School of Medicine, in the 1990s via government-sponsored clinical research. Over the course of five years, Strassman built a profile for DMT by administering hundreds of doses of intravenous DMT to 60 volunteers.

Following the study, DMT was dubbed the “spirit molecule” because of its many effects, including inciting powerful emotions, feelings of overwhelming significance and mystical experiences.

These are qualities integral to overcoming addiction through improvements in psychological-related variables.

Currently, Ko’s company is developing a modified dosage form of DMT that will be administered to the patient by continuous intravenous infusion. This dose form will make the experience gradual, safe, and precisely bring the patient to a therapeutic level of immersion.

What it differs from other psychedelic experiences is that if the patient has an adverse reaction, the experience can be stopped safely and quickly without the need for sedatives or other drug interventions. The patient can also request modification or cessation of treatment at any time.

Understanding that the root cause of a substance use disorder is psychological in nature, the company will combine its DMT protocol with various types of psychological support therapies, such as cognitive behavioural therapy and motivational enhancement therapy.

That’s not all. Entheon also wants to fit the psychedelic DMT experience into a therapeutic and medicalized context. So, its treatment protocols will be designed to maximize benefit, with patient experience and comfort-level as top priorities.

The company is clearly differentiated from peers with this model.

Assuming successful results of initial pre-clinical and clinical trials, the plan is to expand indication-specific clinical trials to humans with a licensed research organization, in order to yield further data to be put toward Entheon’s FDA, EMA and Canada Health approval applications.

While psychedelic substances are still considered illegal outside the realms of clinical research, that may not be the case over the coming years.

Studies on the therapeutic benefits of psychedelics are continuing to ramp up across the United States.

In 2017, the FDA granted “breakthrough therapy” status to fast-track a study conducted by the Multidisciplinary Association for Psychedelic Studies (MAPS), which was testing the possibility of using MDMA — also called “ecstasy” — in psychotherapy to treat PTSD. The clinical trials are currently in Phase 3, the last stage before FDA approval.

According to the FDA, the “breakthrough therapy” designation is only given when preliminary evidence suggests the drug may be an enormous improvement over already available therapy.

This breakthrough status was later given to studies conducted with psilocybin — commonly known as “magic mushrooms” or “shrooms” — to treat depression. From 2018-2019, the FDA gave psilocybin “breakthrough therapy” designation for two potential psilocybin drugs, one of which is being developed by Compass Pathways.

In March 2020, the FDA gave the seal of approval to esketamine, the first drug that produces psychedelic effects to clear that bar. This shows psychedelic drugs — such as Entheon’s DMT product — have the potential to finally alter the way addiction is understood and treated.

During the US election, Oregon became the first state to legalize psychedelic mushrooms, paving the way for psychedelics to follow cannabis’ path towards further decriminalization.

It is a matter of when, not if, psychedelic drugs will be considered legitimate treatment options to not only improve our mental health, but also aid in treating the growing crisis of addiction. 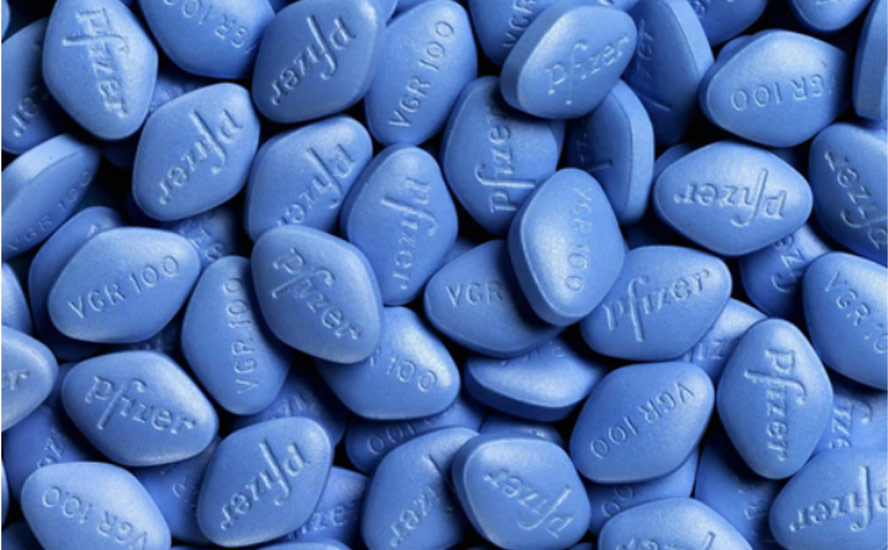 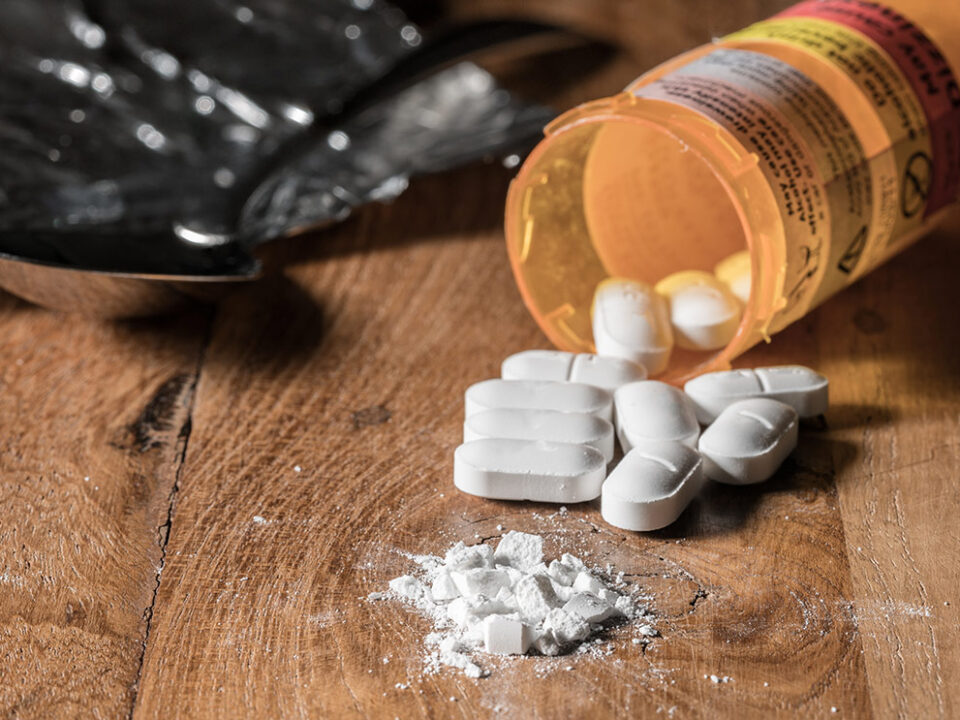 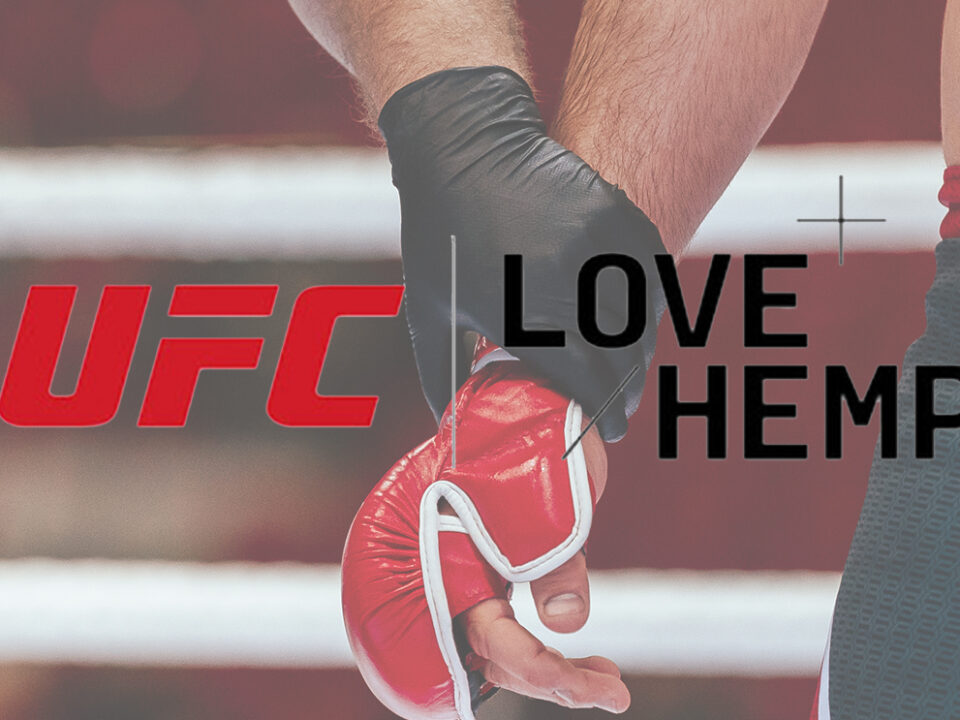 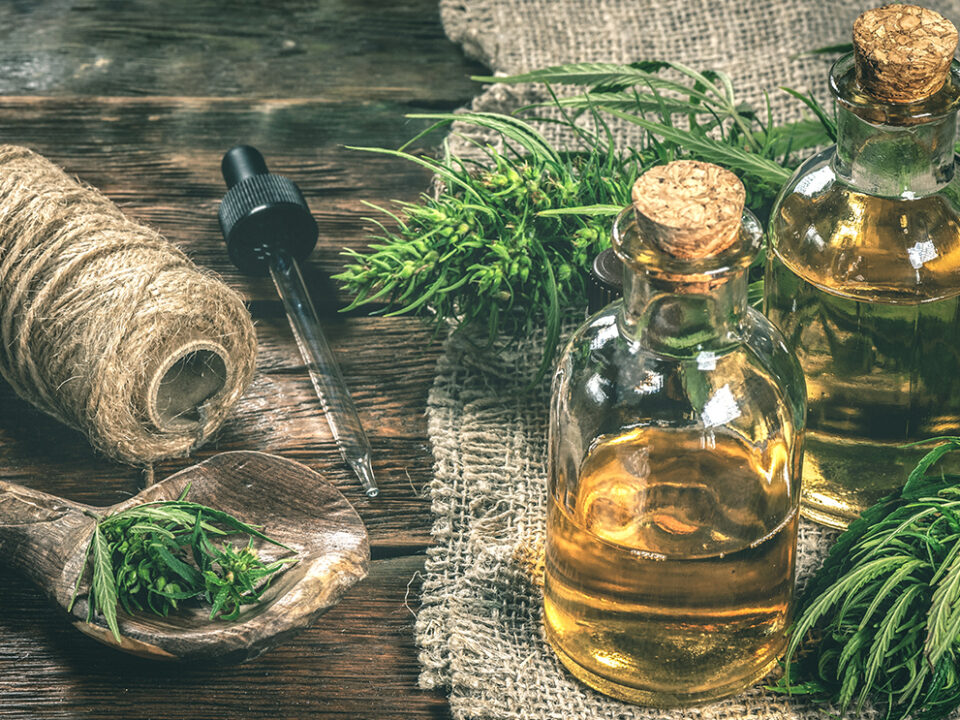 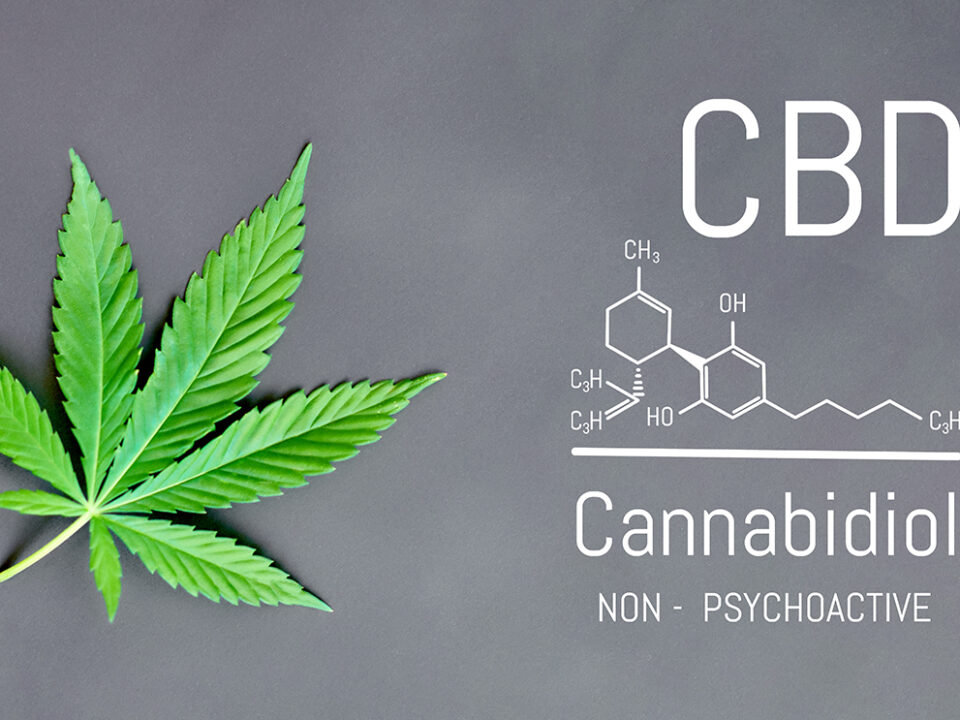 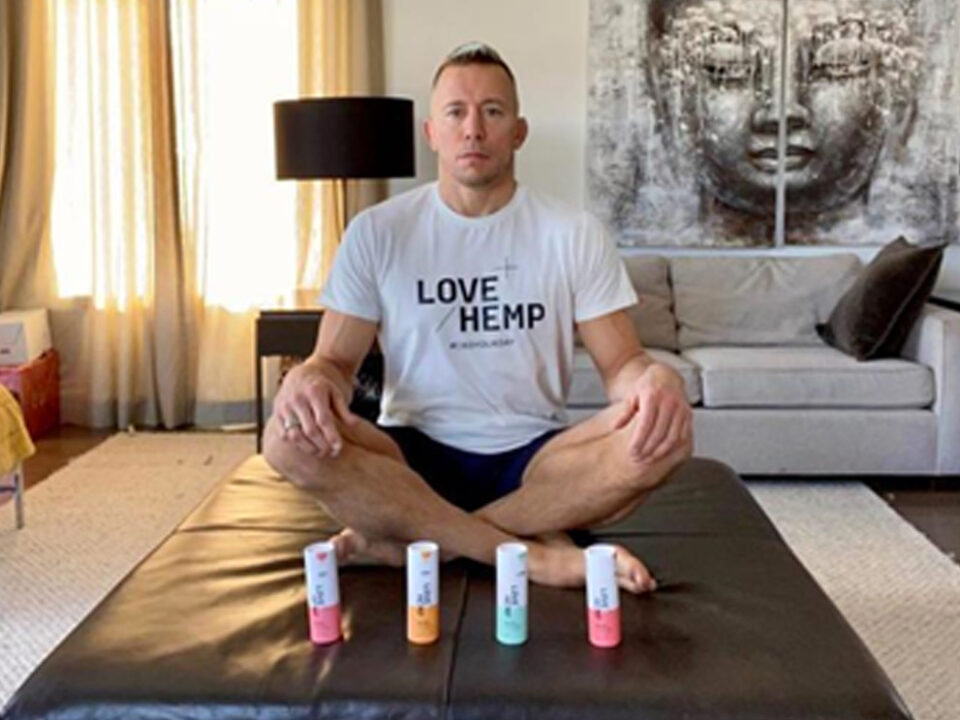