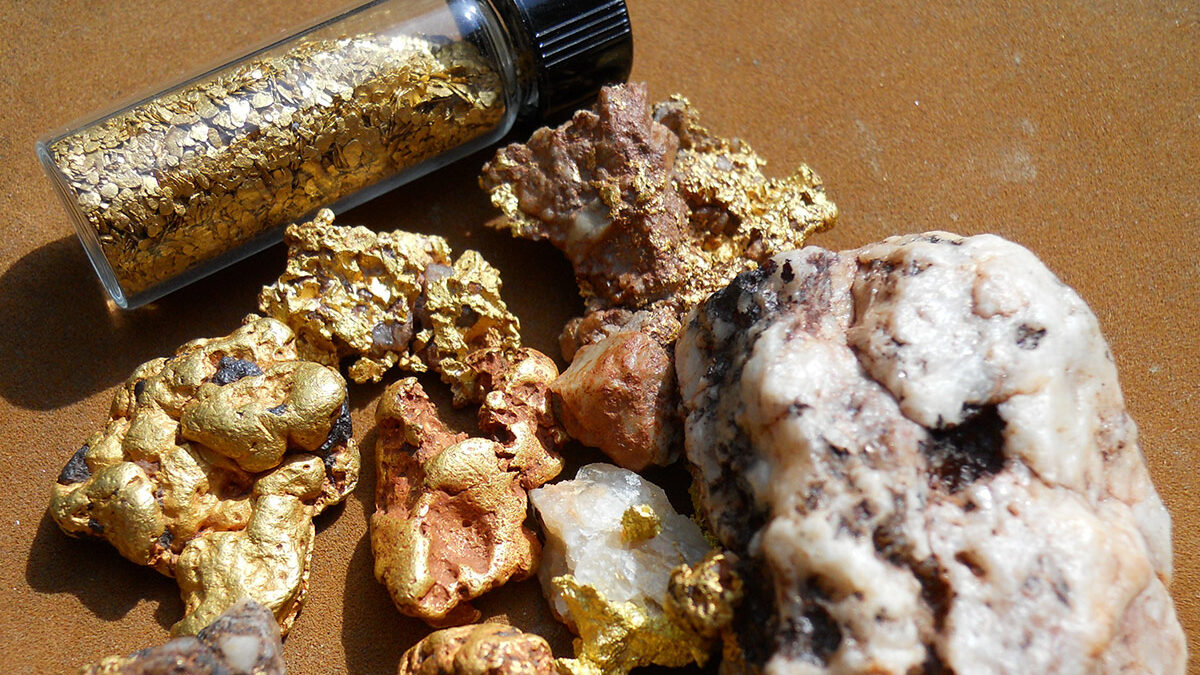 The US state of Nevada was recently named by the Fraser Institute as the world’s most attractive mining region in terms of geology and government policies.

Since the world-famous silver discoveries of the 19th Century, Nevada has witnessed flurries of mining activity and investment from miners looking to unearth its precious metals potential.

Today, not only is it called “The Silver State”, but the region has also become a prolific producer of gold.

Over the past 30 years, gold production from Nevada totaled over 150 million ounces. The state has consistently been ranked among the top 5 gold producers in the world and is now home too close to over 20 major mines including the world’s largest gold mining complex.

In 2018, Nevada produced 6.75 million ounces of gold, which makes it by far the top producing state, accounting for 83% of US annual production (US Geological Survey). Nevada’s gold production has remained steady in the 5 to 5.6 million ounce range for the past decade.

The state also has one of the richest copper reserves in the country. Production of the base metal reached 144.6 million pounds in 2018, making it one of the top copper producers in the US.

Altogether, based on US Geological Survey data (2016), Nevada’s minerals production tops all states in value, amounting to $7.65 billion or 10% of the US total.

This proven track record is fully deserving of the #1 mining jurisdiction and other industry accolades. As many miners have found success in the region, Nevada may prove to be the best bet for mining investors looking for the next up-and-comer in the industry.

One international mining company that is committed to exploring Nevada’s mineral-rich regions is Victory Resources Corp. (CSE: VR) (FWB: VR61) (OTC: VRCFF), which has been actively looking at precious metals opportunities in the state and recently expanded its focus to battery metals.

In early April, Victory announced that its exploration team had begun a diamond drilling program on the Loner property in Nevada.

The program calls for 7-10 short diamond drill holes in the vicinity of the historical workings that exploited the Loner vein system. The holes will vary between 50-70 meters, and the program is expected to take about a month to complete.

This first pass drilling is intended to confirm intersections of gold-bearing quartz veins that correlate with historical underground mining and mapped surficial gold occurrences. It is anticipated the drill program will demonstrate broader mineralization across the width and depth of the occurrence which remains open in all directions.

As previously reported, the strong gold and arsenic geochemical anomalies are coincident with the exposed mineralization and historic workings, and the drill program is likely to define the anomalies more extensively throughout the target area.

“In a short period of time, Victory has developed a fully equipped exploration team to begin this drilling program, allowing us to advance the company’s interests,” David Deering, Victory’s VP Exploration, stated in the April 8 news release.

“This first pass drilling work will evaluate the best and most productive way to advance the project,” Deering added.

About the Loner Property

Prospecting during 2020 identified additional workings on the expanded claim block, returning grab samples up to 10.6 g/t Au. Strong gold and arsenic soil geochemical anomalies are coincident with the exposed mineralization and historic workings, though the full extent of these anomalies has not yet been defined.

The Loner property is currently under option from Silver Range Resources (TSXV: SNG). Victory may acquire an 80% interest in the project by making a total payment of $400,000 and completing 1,200 meters of drilling on the property.

In addition, Victory recently staked the Black Diablo project in Nevada to complement the company’s interests in the Loner property, which is in close proximity. It has also filed with the Bureau of Land Management for work on the new property.

“Victory geologists identified the Black Diablo opportunity when they were on the ground in Nevada preparing to drill the Loner property,” Victory CEO David Lane stated in a March 19 press release.

The close proximity of the Black Diablo and Loner properties allows for a cost-effective evaluation of the new project while crews are in the area, the company said. The Black Diablo property consists of 16 claims south of Winnemucca in Humboldt County, Nevada.

At the Black Diablo property, the company is exploring for VMS (volcanogenic massive sulphide) copper deposits in the same belt of rocks as Nevada Sunrise Gold’s Coronada project, which is immediately to the south.

The past-producing Big Mike copper mine is situated along the same trend as Coronada and is about 10 miles south of the Black Diablo property.

The Big Mike deposit was discovered in the 1960s and mined out in the 1970s. Over that period the open-pit mine produced about 25 million pounds of copper in 100,000 tonnes of ore grading 10.5% copper. Ranchers, the company behind the mine’s development, also carried out heap leaching on the lower-grade disseminated copper ore, treating about 300,000 tonnes of mineralized rock.

As this is an anomalously high amount of Cu for a manganese oxide deposit, it may indicate the area is particularly prospective for Cyprus-style VMS deposits such as the Big Mike.

In March, Victory also conducted a geological program on the newly acquired Smokey Lithium property, as the company looks to diversify its exploration focus beyond precious metals.

The purpose of the geological program at Smokey Lithium was to provide a preliminary assessment of the geology of the property, collect samples from select areas of interest, and assess access to the claims.

Following two days of reconnaissance sampling, the company’s exploration team was able to observe mudstones on the property similar to those on the adjacent Jindalee property, where mudstone samples returned assays up to 930 ppm Li.

A total of 20 grab and chip samples were collected from two areas underlain by mudstone, though most of the property remains unevaluated. The samples have been shipped for analysis.

Victory is currently in the process of putting together an aggressive program to explore for a new discovery in this lithium-rich part of Nevada.

Over the past six months, Victory Resources has managed to acquire three intriguing projects within the state of Nevada, and the company has high hopes for each of them. These properties, however, only represent half of Victory’s portfolio.

In Canada, the company is preparing for a 1,000m drilling program at the Mal-Wen copper-gold property in British Columbia and is also looking to advance the Lac Simard (Quebec) and Hammond Reef South (Ontario) gold projects, both located near Agnico Eagle’s operations.

Its rapid progress has been met with plenty of investor interests. Having raised over $600,000 in March to jumpstart its drill programs, Victory recently announced another $2 million financing to advance its existing properties and provide capital for future acquisitions – a hint that more projects could be coming through the pipeline.

For now, all eyes are on the upcoming drilling results from the Loner property, which would provide a first glimpse of the quality of the company’s assets in the mineral-rich state of Nevada.

Richard does not own shares of Victory Resources (CSE:VR). Victory is an advertiser on his site aheadoftheherd.com