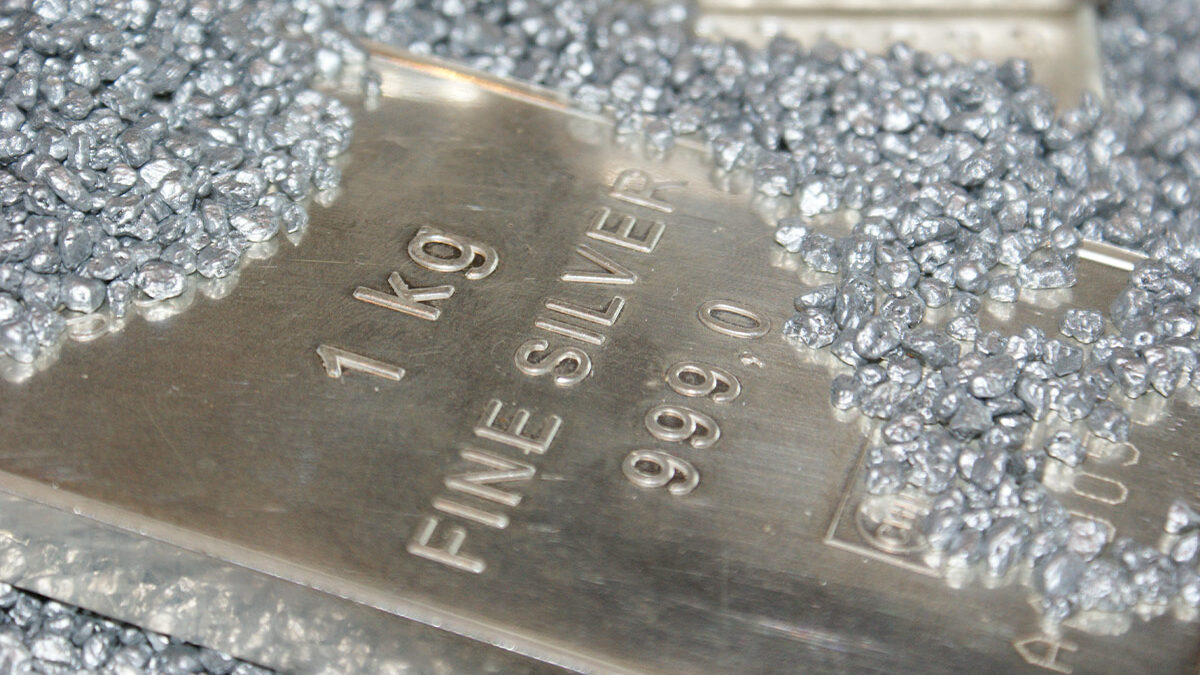 This year’s program is the first phase of a two-year goal to aggressively expand and upgrade the Torbrit silver deposit and multiple silver-rich satellite zones, with the objective of advancing the Dolly Varden project to be the next high-grade silver mine in BC.

Additionally, the company’s geological team has generated multiple highly prospective targets throughout the property to be drilled during this program. A 10,000m Phase I core drilling program, in addition to road and site upgrades in preparation for underground access and exploration work, is envisioned.

“Our geological team has been highly encouraged with the recent engineering reviews of the Torbrit silver deposit, whereby the majority of the wide, consistent silver mineralization is potentially amenable to bulk underground mining methods such as longhole stoping as well as excellent underground geotechnical conditions,”  Dolly Varden CEO Shawn Khunkhun commented in the June 7 news release.

According to Khunkhun, the 2021 drilling program is designed to upgrade inferred resources to measured and indicated classification and test for near-mine extensions and new mineralized zones to enhance the block model. This regional exploration program will also test multiple high-grade exploration targets, both at surface and at depth

“After an intense and methodical off-season geological review, our 2021 field program will be our most ambitious but very goal-oriented. Combined with Hecla’s nearby drilling program and other junior company exploration projects, this will be a very busy season in the Dolly Varden silver belt,” he added.

In the meantime, Dolly Varden’s crews have mobilized to prepare camp and facilities located on tidewater in the community of Alice Arm, BC, with drilling to commence shortly thereafter.

The planned program will be split with 5,000 metres allocated to Phase I program of delineating and expanding the Torbrit silver resource, and 5,000 metres of exploration drilling with the objective of discovering new deposits.

Resource modelling at the high-grade Torbrit deposit included integrating the 2019 and 2020 drilling results, which have increased the company’s understanding and confidence in the existing resource to target specific areas of the deposit for conversion from inferred to indicated/measured resource categories.

Drill holes have been planned from existing historic surface infrastructure to infill within the current block model and to expand the limits of known mineralization or satellite zones.  In addition, geotechnical logging will be completed for upcoming mining studies.

In the June 7 news release, Dolly Varden mentioned “it is excited to explore for new deposits of high-grade silver mineralization” within the favorable host rocks, where alteration and geochemical signatures indicative of volcanogenic-related silver mineralization are strongest.

The company’s updated geological model suggests that the favorable Torbrit silver-rich horizon dips underneath the bottom of the valley that hosts the deposit. Exploration drilling will thus include some deeper holes that will explore for the down plunge extension potential of Torbrit.

Newly developed models on gold and silver vein stockwork and breccias with anomalous pathfinder geochemistry such as bismuth and tellurium that were drilled during the 2020 program are also highly encouraging.

As a result, exploration drilling during this program will continue to test these altered and mineralized rocks, similar in nature to Ascot’s Premier and Big Missouri deposits located to the northwest of the Dolly Varden project.

The Dolly Varden project comprises an area of 88 square kilometres in the Stewart Complex of northwestern BC, a region known for its base and precious metals deposits including the prolific Eskay Creek mine (see map below).

The property hosts four historically active silver mines — Dolly Varden, Torbrit, North Star and Wolf — all of which have parts that remain unexplored.

Mining on the property dates back to 1910, when the original Dolly Varden mine was discovered by Scandinavian prospectors. In its early days, it was among the richest silver mines in the British Empire. The other deposit in the area to see production later was Torbrit.

Historical records show these two deposits together have produced more than 20 million ounces of high-grade silver, with assays of ore as high as 2,200 oz (over 72 kg) of silver per tonne.

The latest NI 43-101 resource estimate (2019) for the Dolly Varden property showed 32.9 million ounces of silver in indicated resources and 11.477 million ounces in inferred, adjacent to the historical deposits.

It’s important to emphasize that DV’s project is a volcanogenic massive sulfide (VMS) and epithermal-style pure silver deposit in nature.

This is very rare in the silver exploration space, as most of the metal is mined from lead-zinc deposits or as a byproduct of gold mining.

As mentioned, the upcoming drilling will focus on the high-grade Torbrit deposit, which is potentially amenable to low-cost underground bulk mining methods.

It is the largest portion of the four deposits that make up the project’s NI 43-101 mineral resource and, according to DV, the largest pure-play silver project in all of Canada.

Dolly Varden’s goal is to try and extend Torbrit through some step-out drill holes, and to get into the high-grade 500g to 1kg material. According to the company, there are early indications of other Torbrit “look-alikes” along a 4.5-kilometre trend.

Through drilling, not only does Dolly Varden want to find the next Torbrit, it also aims to drastically increase the size of the resource, which in all categories is about 44 million ounces at an average grade of 300 g/t.

The company is encouraged by the fact that the rocks hosting the mineralization on the property are the same age as some of the most famous deposits found in BC’s Golden Triangle including Eskay Creek.

The principal silver-base metal deposits are interpreted to be volcanic exhalative in origin found in the Kitsault River valley. Deposits of this type are formed as sub-aqueous hot-spring type deposits on the seafloor, as products of hydrothermal solutions that have vented from sub-seafloor fracture and fault systems.

Notably, the silver deposits of the upper Kitsault valley are mapped with important geological similarities to the Eskay Creek deposit, providing an analog for exploration on the Dolly Varden property.

“The exciting thing about the Dolly Varden project is that it is hosted in the Hazelton formation, a Jurassic package of volcanic rocks that went through the same expansion or release of pressure called the Eskay Rift period,” head geologist Rob van Egmond previously said in an AOTH interview.

CEO Shawn Khunkhun likes to compare DV to Skeena Resources, which has seen a significant re-rating commensurate with its success so far in developing the historical Eskay Creek mine.

Mineralization at Eskay has been the focus of considerable exploration activity dating back to the 1930s. When in production, it was the highest-grade gold mine in the world, having produced 3.3 million ounces of gold and 160 million ounces of silver at average grades of 45 g/t gold and 2,224 g/t silver during 1994-2008.

“Our story is very similar,” Khunkhun says. “They’re awakening Eskay Creek, we’re re-awaking the Dolly Varden silver mine. It’s got a rich history, it’s one of the richest silver mines in the world, it’s produced 20 million ounces of high-grade silver, and we’re endowed with 44 million ounces in a cornerstone high-grade pure silver resource, and we’ve got a technical team that has the ability to unlock further discoveries in this trend.”

Dolly Varden’s highly anticipated drilling program in the Golden Triangle of BC comes just as the silver market is getting set for another rally. Despite erasing its gains from the Jan-March period, silver bounced back in the second quarter and is still 10% higher year-to-date.

With economies slowly re-emerging from the depths of the global pandemic, demand for silver, which, unlike most metals (i.e. gold) serves both monetary and industrial functions, is only going to rise. Applications such as solar power (photovoltaics), electric vehicles and 5G will continue to be the main driving forces for years to come.

As a rare pure-play silver investment opportunity, Dolly Varden and its silver project, the largest of its kind in the country, would likely offer even more upside once the existing resources are expanded.

According to the company, only 3% of the Dolly Varden property has been explored in detail, leaving tons of upside.