Dolly Varden hits up to 1,220 g/t silver at Torbrit, largest of four deposits at its namesake project in the Golden Triangle 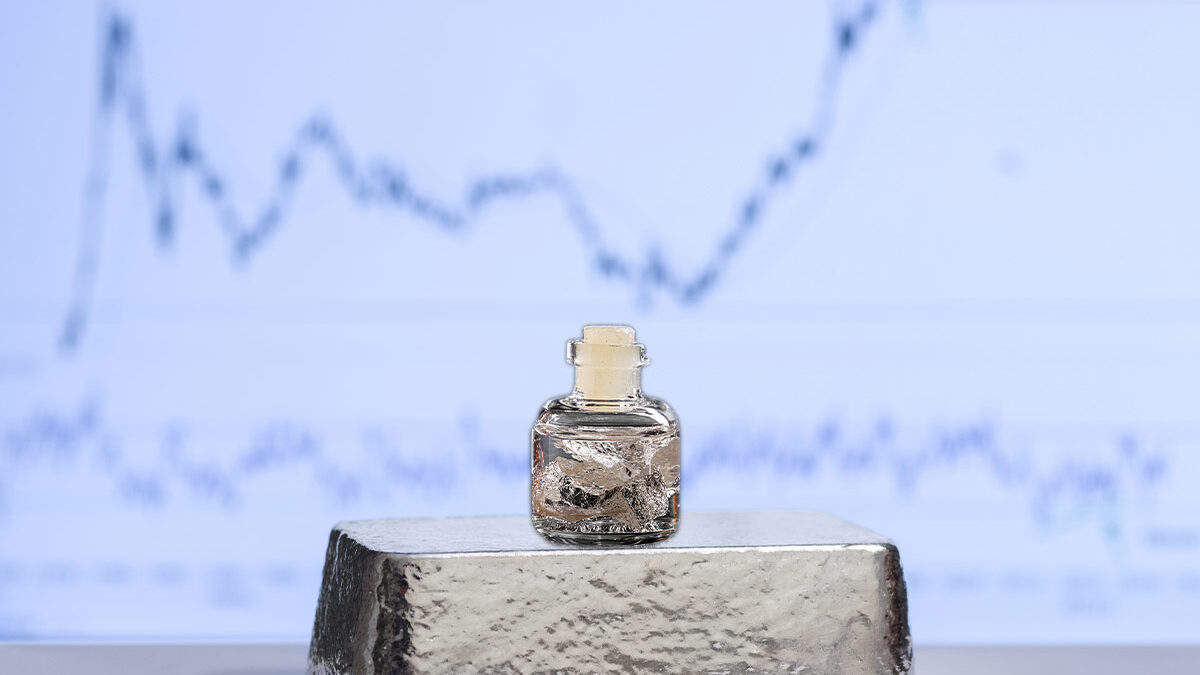 Predominantly a silver explorer, Dolly Varden Silver’s (TSXV:DV, OTC:DOLLF) flagship project is located in the southern part of British Columbia’s Golden Triangle, an area well-known for its base and precious metals deposits.

The property hosts four historically active mines — Dolly Varden, Torbrit, North Star and Wolf — all have parts that remain unexplored to this day. More than 20 million ounces of high-grade silver have been produced from these deposits between 1919 and 1959.

Dolly Varden’s project lies to the west of Hecla Mining’s Kinskuch project. It also borders Fury Gold Mines’ Homestake Ridge, which it acquired late last year to consolidate what it considers to be an emerging silver-gold district.

The consolidated project, named Kitsault Valley, is now among the largest, high-grade, undeveloped precious metal assets in Western Canada, with a combined mineral resource base of 34.7Moz silver and 166,000 oz gold in the indicated category.

Regional exploration and reconnaissance drilling also led to the identification of a large new porphyry copper-gold system that may be related to others in the Golden Triangle such as KSM, Treaty Creek, Saddle, Red Chris and Snowfield.

The Dolly Varden silver project comprises 8,800 hectares (88 sq km) in the Stewart Complex of northwestern BC, which is known to host base and precious metals deposits.

Mining activity dates back to 1910, when the original Dolly Varden Mine was discovered by Scandinavian prospectors.

In its early days, it was among the richest silver mines in the British Empire. The other deposit to see later production was Torbrit, at one time the third-largest silver producer in Canada.

Historical records show these two deposits together have produced more than 20 million ounces of high-grade silver between 1919 and 1959, with assays as high as 2,200 oz (over 72 kg) per tonne.

Production ceased due to low silver prices, and the property was eventually acquired by DV with a view to re-awakening the historical silver mine.

An updated NI 43-101 resource estimate completed by the company in 2019 revealed 32.9Moz silver in indicated resources and 11.477Moz inferred, for a total of 44Moz Ag, all adjacent to the historical deposits.

Drilling and underground work that went into the resource estimation confirmed that the mineralization occurs as two styles.

The first is VMS (volcanogenic massive sulfides) similar to that mined at Eskay Creek to the north. The second is cross-cutting epithermal mineralization similar to that being developed at Pretium’s Valley of the Kings deposit (Brucejack Mine).

Only 3% of Dolly Varden’s property has been explored in detail up until now, leaving plenty of potential discovery upside.

According to DV, both the Eskay Creek and Valley of the Kings deposits are located on the same structural trend to the north of the company’s ground. So, it is possible that Dolly Varden represents the southern end of a large silver district that extends northward.

To prove this, the company completed 40 drill holes (11,397m) in 2020, 19 of which were in the Torbrit area. The rest were reconnaissance and exploration drill holes.

Last summer, the company kicked off a surface diamond drill program on the Dolly Varden property. A total of 31 drill holes (10,506m) were completed during the 2021 field season.

This drill program was part of an aggressive two-year campaign to expand and upgrade the Tobrit silver deposit, and multiple satellite zones, with the objective of advancing the Dolly Varden project to becoming the next high-grade silver mine in British Columbia.

Ten holes tested five regional exploration targets on the property, including the Wolf Vein extension and Western Gold-Copper belt. Assays were previously released for all 10 holes.

The highlight was drill hole DV21-273, which tested the southwest projection of the Wolf Vein, 94m down plunge from the current mineral resource at the Wolf deposit.

Hole DV21-273 is also significant as it tested the prospective Hazelton volcanic rock that underlies the sedimentary units of the Upper Hazelton for the Wolf Vein extension.

Discovering that the strong potassic alteration associated with silver mineralization within the volcanogenic Torbrit deposit continues beneath the sediment suggests that the mineralizing system continues to the west of the 4.5 km-long surface anomaly.

According to DV, this opens up the exploration potential of the entire bottom of the Kitsault Valley north of Wolf towards the property boundary and onto the Homestake Ridge property.

Modeling of the epithermal vein-style deposit indicates a stepped vein system, offset by steep faults. The hanging wall has a strong barium signature and the veins contain barite and quartz. There are underground drifts at Wolf, but no historical production was reported.

In other exploration drilling, DV’s technical team is encouraged by long intervals of stockwork quartz with strongly anomalous gold (>100 ppb) over wide intervals (up to 303m) along with silver and copper at the Western Gold Belt area.

Hosted within early Jurassic volcanic rocks, this style of stockwork and alteration is analogous to numerous gold-copper deposits and mines found throughout BC’s Golden Triangle. These include KSM, Treaty Creek, Saddle, Red Chris and Snowfield.

Such a finding could be a game changer for DV, given it has, up to now, been positioned as a pure silver-focused explorer sitting on a high-grade, potentially bulk-mineable resource.

The Western Gold Belt is located on the west side of the Kitsault Valley and trends from near the Dolly Varden Mine northward for several kilometers towards Homestake Ridge.

According to DV chief executive Shawn Khunkhun, the strong porphyry-related gold-copper-silver indicators is perhaps the most significant exploration breakthrough on the property in years.

Therefore, the next phase of exploration drilling will prioritize connecting the historical mines and current deposits of the Dolly Varden trend with the deposits at Homestake 5.4 km to the northwest along the Kitsault Valley trend.

Of course, the high-grade silver intercept at Wolf is also significant, as it confirmed Dolly Varden’s resource expansion potential.

As for the 21 holes completed at the high-grade Torbrit deposit and Kitsol Vein, on Jan. 31 Dolly Varden reported first drill results.

Silver mineralization was encountered in most areas, with significant zinc and lead values over widths suggesting it would be amenable to underground bulk mining.

“Multiple holes intersecting over 4,000 gram-meters of silver over wide intervals within the Kitsol epithermal vein is certainly encouraging, and the identification of wide intervals of syngenetic mineralization that connects the main Torbrit deposit with the lesser drilled North Star deposit to the west is also very significant,” stated Rob Van Egmond, Dolly Varden’s chief geologist, in the Jan. 31 news release. (North Star is one of the four deposits that make up the Dolly Varden mineral resource estimate).

He added: “The next phase of drilling to commence this spring will include targeting high-grade silver shoots within this wide horizon, as well as step-outs to the north and south at Kitsol.”

CEO Shawn Khunkhun said the results, as well as the previously released extension of the high-grade silver mineralization at the Wolf deposit, demonstrate the continued resource expansion potential within the 2-km-long gap between the known deposits on the Dolly Varden property. These intercepts corroborate DV’s geological and geochemical modeling, suggesting the continuity of the prospective mineralized horizon between the historical mines and current deposits on the project, but also within the 5.4 km-long unexplored area trending towards the gold and silver deposits at Homestake Ridge.

“Additionally, the proposed acquisition of the Homestake Ridge deposits will consolidate this significant trend for the first time in the +110-year mining history of the Golden Triangle,” he added.

Dolly Varden Silver continues to return high-grade silver results from the southern end of the highly mineralized Golden Triangle — one of only a few pure-play silver districts in the world, and the largest such project in all of Canada.

The first batch of drill assays from 2021 saw silver grades exceeding 1,500 grams per tonne; the latest assays, the first of 21 drill holes left to report, returned assays up to 1,220 g/t.

In the spring, when DV returns to the property with boots on the ground, we expect to see continued investigation of the Dolly Varden project targets, including the Wolf Vein extension and Western Gold-Copper belt.

Also likely to be a priority is the connection between Dolly Varden and the Homestake Ridge property, which Dolly recently acquired from Fury Gold Mines.

According to the company, this combination would solidify the Kitsault Valley project as among the largest high-grade, undeveloped gold-silver assets in all of Western Canada.

And with more drill results from the high-grade Torbrit deposit, including the Kitsol Vein, still to come, this resource base may just get even bigger.

Richard does not own shares of Dolly Varden Silver Corp. (TSXV:DV). DV is a paid advertiser on Richard’s site aheadoftheherd.com