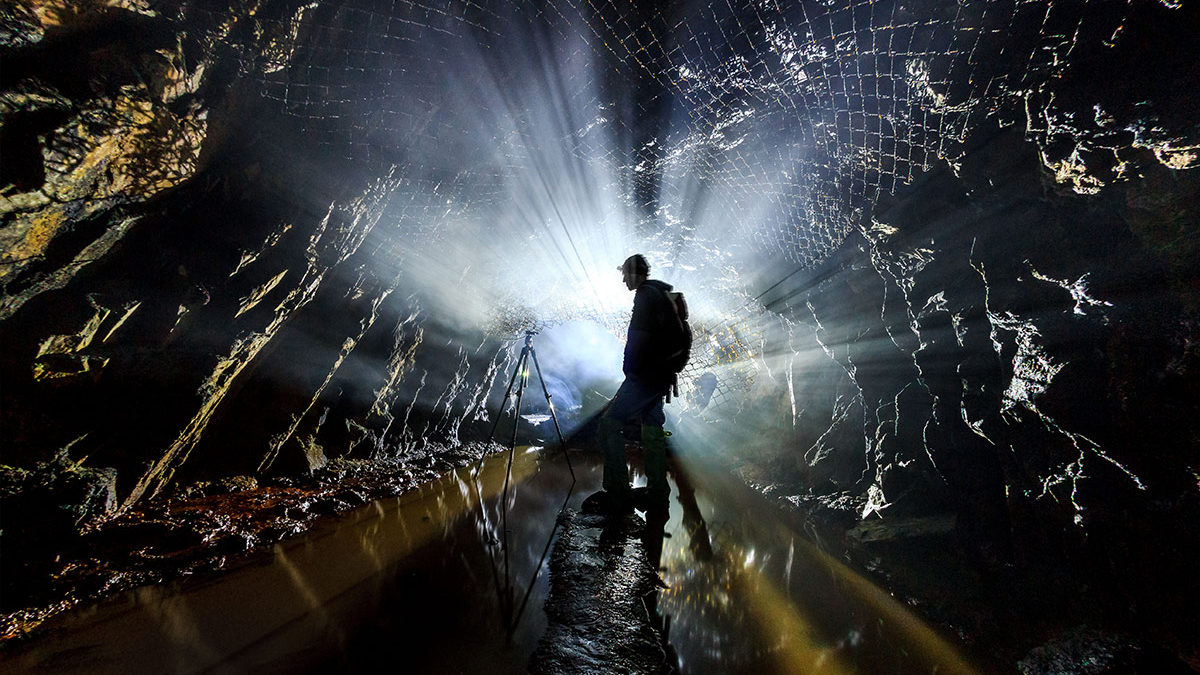 Brigadier Gold (TSXV:BRG, FSE:B7LM, USA:BGAD) has identified a greater than 7-kilometer strike length at its Picachos gold-silver project in Sinaloa State, Mexico, after completing about two-thirds of a 5,000-meter, 40-hole drill program.

The program, which started last fall, is focused beneath historic gold workings at the San Agustín mine, where veins are open at depth and have never been diamond drill-tested — until now.

Following up from drill results in November, the British Columbia-based company this week released additional diamond drill and surface sampling results from the project, where Brigadier aims to prove the potential for multiple veins; the depth, strike length and continuity of the veins; and to understand the source of the vein-hosted mineralization, along with its potential relationship to a copper/ molybdenum porphyry found on the 3,954-hectare property.

Assay results are now available for 20 of 28 holes, with the remainder pending from SGS’s lab in Durango. Highlights include:

The market loved the news, with Brigadier Gold vaulting 20% to $0.24/sh, on a high-volume 2.4 million shares trading Wednesday on the TSX Venture exchange.

In the Jan. 19 press release, Michelle Robinson, Brigadier’s head geologist and Qualified Person (QP), states, “I am really pleased with our results so far from San Agustín. The structure is persistent and strongly mineralized. Although our sampling with a diamond drill is not perfect due to the challenging sub-surface conditions, it definitely indicates a robust gold-bearing vein of substantial width and strike length of over seven kilometers.” She continued:

According to Brigadier, “Of the 28 holes drilled to date, fourteen (1704.28 metres) were drilled to test the San Agustín Vein, 10 holes (1029 metres) tested surface exploration targets defined by trenching, 2 holes (168.5 metres) tested under the historic San Antoñio Mine and one hole tested under the historic La Gloria Mine.  San Agustín and San Antoñio represent two gold-rich, polymetallic mineral chutes about 2.5 kilometres apart on Brigadier’s regional-scale Cocolmeca Vein System (CVS), and La Gloria historically produced gold from a northwesterly trending vein roughly orthogonal to the CVS. The CVS has been defined at varying levels of certainty along the east-northeasterly trending diagonal of the Picachos Project for more than seven kilometres.”

Last fall, all 14 diamond drill holes intercepted gold-rich polymetallic mineralization at the faulted contact between metamorphic argillite of submarine origin (blue) and altered continental volcanic rocks correlated to the Tarahumara Formation (greens). In the hanging wall (Picachos Project fault block), there are several quartz veins and veinlets hosted in the argillite. In rose, a possible interpretation for some of the hanging wall intercepts is shown.

Robinson is a decorated geologist with +20 years experience working in Mexico, around a decade of which has been spent assembling the land package at Picachos.

The 3,954-hectare property is centered over the historical “Viva Zapata” National Mineral Reserve due east of Mazatlán, in the municipality of El Rosario.

The project features over 150 historical mines and underground workings, high-grade veins open at depth, and it is road accessible, with drill permits and agreements with the local community already in place.

Primary targets include under-explored gold veins at the past-producing San Agustín mine, and La Gloria, an old mine with rock samples containing 21.1 grams per tonne gold and 6 g/t silver across 0.8m.

Comprising four mining concessions, Picachos hosts two precious metal vein systems and a large porphyry copper-moly prospect. It overlaps part of the western foothills of the Sierra Madre Occidental, one of the world’s largest silicic igneous provinces. Regional geochemical work at the turn of the millennium highlighted the reserve as one of the largest contiguous anomalies for gold and base metals.

It sits on one of the largest, most contiguous and highest amplitude anomalies for gold, silver and base metals in regional fine-fraction stream sediment samples in the Western Sierra Madre, with values up to 6,841 parts per billion (ppb) gold in fine-fraction, active channel stream sediments, according to the Mexican Geological Service (SGS), which staked and explored it in the 1980s.

Interestingly enough, when Robinson first heard about Picachos in the 1990s, she was working with Denis Francoeur (formerly of Noranda’s Latin American operations) and Tango Mineral Resources on a project of the same name in the state of Durango, which borders Sinaloa to the east. In 1997, Francoeur sent her a press release from a former operator that included gold samples taken from several underground mines. The samples contained gold concentrations ranging from 48 to 139 grams per tonne across a 1.2-meter width, and low silver values. At today’s prices, that gold would be worth $3,000 to $8,700 per tonne.

But the high-grade gold didn’t make sense at the project she was working on, which was silver- not gold-dominant. It turns out that the Picachos mentioned in the PR was from a project of the same name in Sinaloa State. Locating it on a map, Robinson observed that there were no active mining concessions, and that government stream-sediment geochemical data defined an anomaly much larger than that possible by erosion from the San Agustín mine alone — there had to be other worthwhile prospects nearby. It was at that point, that Robinson’s geological team began taking verification samples.

The first day, one of their prospectors found the San Agustín mine adit (entrance) and took three underground rock chip samples and one sample from a dump near the claim post. The next day, he took more dump and rock chip samples from the northwest-trending Tatemales and La Botica veins. Assays from seven of these samples contained greater than 1 g/t Au, and five had >5 g/t Au. By comparison, the 10 samples that discovered the Sleeper mine in Nevada, a former high-grade, open-pit gold producer, had just one sample better than 1 g/t Au. The mine produced 1.6 million ounces of gold and 2.3Moz of silver between 1986 and 1996, and is currently being re-developed by Paramount Gold.

From this early technical data, it was obvious to Robinson there was a major precious metals system at Picachos, and her team took the required steps to ensure there was an active mining concession to protect it.

Fast forward to last summer, when Brigadier Gold, a new listing, signed an option agreement to acquire a 100% interest in the gold-silver property.

To earn full own ownership in Picachos, Brigadier must make a series of cash payments, issue 4 million shares within five years, and spend $3.85 million exploring it.

The company will also issue the vendor a million shares upon delineating a minimum mineral resource of 325,000 gold ounces in the inferred category, pay $725,000 plus another million shares after completing a feasibility study, and $2 million upon commercial production. There is also a 2% NSR.

Last fall, Brigadier Gold began its 5,000-meter drill program by exploring the down-dip potential of the southwestern-most segment of the Cocolmeca Vein System (CVS). This vein system was historically mined by Minas de Picachos from the San Agustín Adit Level 646 in the 1990’s. Three fences of holes were drilled up to 130 meters north of this adit, and three fences were drilled up to 90 meters south of Level 646. Overall, a strike length of about 210 meters was tested.

In October, Brigadier announced the first diamond drill (BRG-001) intersected the San Agustín vein,65 meters below the historic gold workings, where about 665 meters of underground development has been completed. The workings range from shallow pits a few meters across, to tunnels hundreds of meters long, driven at several levels on some of the larger vein systems.

A key take-away, described in detail in a previous article, was the fact that last fall’s drilling demonstrated mineable widths. Just three holes into the program, Brigadier was able to establish that the widths it is hitting at the San Agustín vein are, imo, comfortably mineable, both economically and logistically.

Robinson concurs that all holes to date have intercepted gold-rich mineralization, over widths that could be underground-mined.

According to Robinson, exploring Picachos with just one drill currently, is only scratching the surface of what she believes to be a project of major scale.

To demonstrate, consider: After finishing up at the San Agustín target, the drill moved to La Cocolmeca, a ranch located about 2.7 km northeast, where a swarm of northwesterly trending veins intersects the Cocolmeca Vein System. In early December, two holes were drilled under the San Antoñio mine to better understand one of the historical rock-chip channel assays, which returned 44 g/t Au and 47 g/t Ag, as well as 0.4% Cu, 0.2% Pb and 0.7% Zn across 0.8m. Both holes intercepted hydrothermally altered rock from the collar to the end (90.5 and 78 meters). While it’s too early to say much about the content of the mineralization, Robinson is encouraged by the alteration she sees, which is mainly quartz veining with minor pyrite, chalcopyrite and sphalerite. She also thinks the mineable width will be larger than the 0.8m implied by the surface assay.

So far the drilling program has completed shallow holes (<250m) in a 250-meter-section of San Agustín, and has just two holes into the San Antoñio target. Robinson’s objective is to eventually drill the entire 7-km strike length, with additional ounces potentially available on portions of the strike, and on the northwesterly trending vein swarm that cuts into La Cocolmeca. Underground rock chip sample results are expected from that area in the near future.

As for the base metals porphyry on the Picachos property, it has yet to be drilled, but part of a planned 2-kilometer trench has already been dug, under a high-amplitude molybdenum-in-soil anomaly, which could offer some guidance as far as future exploration.

In the meantime, Brigadier plans to continue drilling and trenching, and possibly do some geophysics, after which a second drill would be added, to meet the company’s objective of defining a maiden resource estimate.

While BRG has over the past six months flown under the radar of most investors, it is starting to get noticed. A recent write-up on Bob Moriarty’s 321gold.com is demonstrative. In the article, Moriarty draws attention to Picachos’ location, 25 km equidistant between Vizsla Resources’ Panuco property, and GR Silver’s Plomosas project. These companies have seen their shares double and triple on bonanza-grade gold and silver discoveries, sending their market caps well above $100 million. In comparison, Brigadier Gold is well under-valued at just $14 million, presenting an exciting opportunity for the company and its shareholders.

Moriarty is so bullish on BRG, he names it among his top three picks of the year, and the one he expects will sport the highest percentage gain.

Richard owns shares of Brigadier Gold (TSX.V:BRG). BRG is a paid advertiser on his site aheadoftheherd.com