Book review ‘What Became of the Crow’ 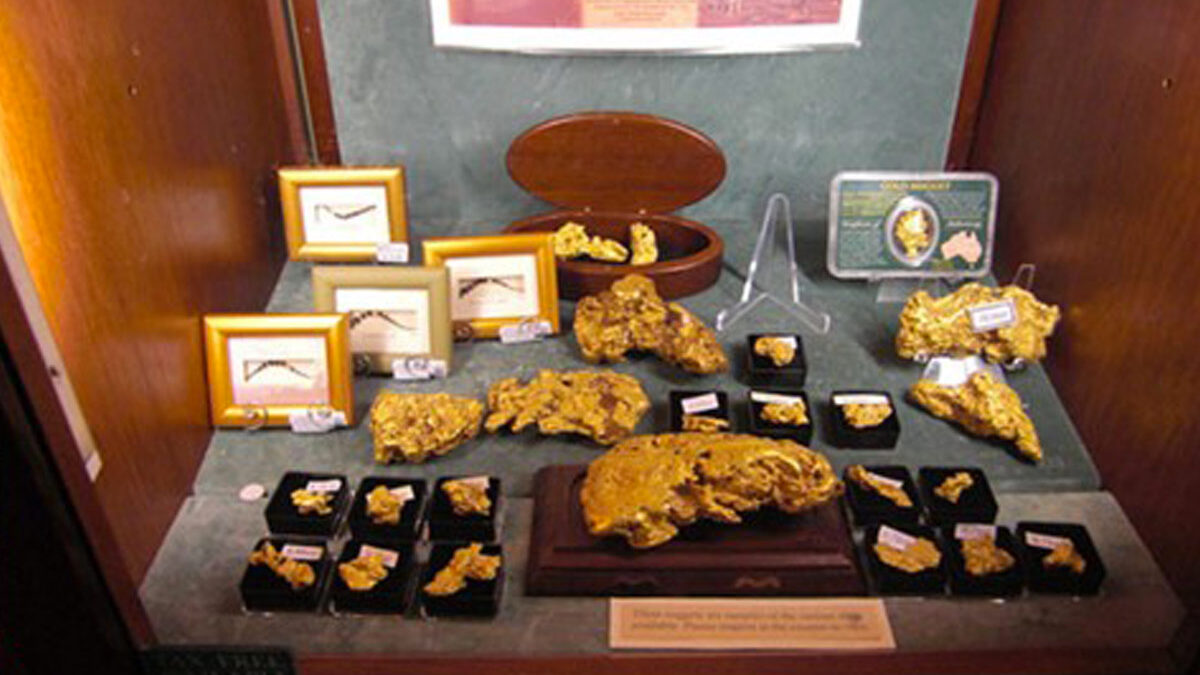 Every gold rush needs a good story. Bob Moriarty’s ‘What Became of the Crow’ just might be one of the best. In his latest book, the acclaimed mining investment newsletter writer chronicles the making of Novo Resources’ Beaton Creek conglomerate gold project in Western Australia, which in February commissioned its first gold pour.

Prospectors these days are still scouring the bush, in remote, and not so remote places — chasing the rainbow and its pot of gold — looking for the next discovery.

Prospecting of course is the first step in the process of discovery; walking the bush and hammering rocks means boots on the ground. A prospector’s contribution to our society and to our economic wellbeing is in their ability to find brand new mineral occurrences. These findings are what leads to new deposits, new mines and all the benefits that spring forth.

The Australian Pilbara area play was started by Novo Resources (TSX.V:NVO, NSRPF:OTCQX) back in 2010 when the Vancouver-based company started exploring around Beaton’s Creek, on the eastern side of the far-flung region.

All the excitement was driven by the potential for the area to become a major gold-producing region on par with the Witwatersrand Basin in Africa (“Wits” for short), which has a similar geological footprint to that found in the Pilbara. The Witwatersrand contains the world’s largest known gold reserves and has produced over two billion ounces – about half of the gold ever mined on Earth.

Geologically, the Pilbara and the Witwatersrand both contain rocks dating to the same geological period, the Archean, about 2.5 billion years ago.

The Earth was so young during the Archean that oxygen was yet to exist. The geological theory espoused by Novo Resources, led by respected geologist Dr. Quinton Hennigh, was that gold was transported into the Pilbara Basin by hot geothermal fluids, and dumped into algal “mats” where they were reworked as nuggets.

Hennigh is the same geologist who came up with the theory, some 24 years ago, as to the origin of gold in the Witwatersrand. He postulated that, as the chemistry of water changed, ie., as oxygen was produced from cyanobacteria, gold precipitated out of solutions in the presence of carbon, from the skeletons of the cyanobacteria. In South Africa some of the gold reefs are associated with what is called a carbon leader since gold and carbon share an affinity.

Enter Bob Moriarty, the newsletter writer whose site 321gold.com is well known throughout the resource investing community. In a 2017 column on Streetwise Reports, Moriarty expounds on Hennigh’s theory of where the gold in Australia’s Pilbara came from, and what drew him to Novo Resources. Moriarty was both chronicler of, and behind-the-scenes player in what would become one of the most compelling discovery to production mining stories in decades. In the column he writes,

In June of 2009 Quinton and I took a ten-day trip to Western Australia to meet with Mark Creasy, the foremost and richest prospector in Australian history. He just happened to have one of the largest land positions in the Pilbara Basin. Quinton’s theory wasn’t just limited to South Africa; his theory held that any Achaean age basin might have the same potential for gold.

You don’t hear much of Mark Creasy in relationship to Novo Resources Corp. (NVO:TSX.V; NSRPF:OTCQX) any more. He was the largest shareholder for years but never participated in any of the placements so as Eric Sprott, Newmont and now Kirkland Gold took larger and larger positions his piece got smaller and smaller.

But never for a moment think that Mark Creasy wasn’t a key player in the start of what I believe will be the biggest gold district in history. If Quinton and Mark hadn’t been working to do a deal for the last fifteen years, the Pilbara would remain a district with some gold in it.

It was that “good story” which became the basis of Moriarty’s recently released book, ‘What Became of the Crow’? The title is based on the remarkable origin of the first gold rush in Australian history. Again, borrowing from his Streetwise column, Moriarty recounts:

Prospectors discovered gold in the Pilbara Basin in Western Australia as early as 1882, however the real gold boom didn’t begin until 1888 when a young man named James Withnell splitting logs on his father’s farm picked up a rock to throw at a crow perched on his lunch bucket. The rock seemed unusually heavy and young James suspected it might contain gold.

James and his father John assembled a few of the rocks they thought might have gold and took them to the local Government Resident, Colonel Angelo for help. Colonel Angelo promptly sent a telegram to Perth saying, “Jimmy Withnell picked up a stone to shy a crow…” In his excitement neglected to say more.

Baffled by the truncated telegram, the government office in Perth replied back, “Did he really? What became of the crow?” The exchange went down as the spark that led to the first authentic gold rush in Western Australian history. You see you need more than gold for a gold rush, you need a good story as well…

It is Moriarty’s gift to be both entertainer and educator, equal parts comic, and curmudgeon, that makes the book a delight to read. Available for download online or in hard-cover format, Amazon describes it as such:

What if now, in a bone-dry portion of Australia, a mammoth gold deposit defying superlative is on the cusp of being born? The elements? A rogue-thinking geologist, a cantankerous newsletter analyst and a financial heavyweight addicted to long-shot asymmetric bets looked at “the evidence” in a way no one else had done before. And proposed a new theory that – not unlike the Wits – a massive multiple layered, wildly-profitable goldfield lay before them that could be mined. For decades. In your hands is The Inside Story of the Greatest Gold Discovery in History! David H. Smith

In writing the book, Moriarty says he felt compelled to tell the story of an exploration company that went from theory to gold pour — something that is notoriously difficult to do these days.

“To the best of my knowledge there are no books that really tell the true story of what happens forming a company, raising some money, finding a project, drilling the crap out of it and putting it into production,” he tells Jay Taylor, host of ‘Turning Hard Times Into Good Times’, in a recent interview.

“It is far harder than you ever imagined so I wrote the book and released it in January for when the first gold pour took place.”

One of the best parts of the book, related in the Jay Taylor interview, is when Moriarty describes how the Pilbara area play got started with two guys and a metal detector in a gravel pit.

“There were some railroad workers who dug a gravel pit and were taking out truckloads of gravel one of them figured out there were gold nuggets in the gravel so two guys bought a $10,000 metal detector went out one weekend and found 300 oz of gold. And when Quinton [Hennigh] found out about that he said, “We’re at the east end of the basin so maybe we need to look at the west end.” Novo now has 14,000 sq km of ground which is mostly conglomerate structure, but the key is the Wits is still in production 135 years after it was discovered. Novo is not gonna be a one trick pony, you’re not gonna drill the crap out of it and know exactly what they’ve got, in a year or two, this is a longterm project and I expect Novo to be in production 50 years from now.”

The rags to richest theme is obviously one of the most important elements of a good gold mining story; the other is one of pirates, scoundrels and con-men.

In that respect, Moriarty’s book is a tale of individuals who share a common vision, and relentlessly pursue what he ostentatiously describes as “the greatest gold discovery in history.” Within the mix of colorful characters are the visionaries and pragmatists, including Moriarty himself, that dominate and bring the dream to fruition, despite the many obstacles they encountered, including greed and subterfuge:

“I was aware of a lot of the inside information that was never press-released,” Moriarty tells Taylor. “There was some real skullduggery going on. Anybody who reads the book is gonna look at mining in a totally different way, and it is a great story.”

I would agree. Whether you are a hard-bitten investor or have never plunked down any cash on an obscure yet promising junior, ‘What Became of the Crow’ is required reading for every mining stock speculator. It comes highly recommended by Ahead of the Herd.