40 Volcanoes Are Erupting Right Now, and 34 of Them Are Along the Ring of Fire 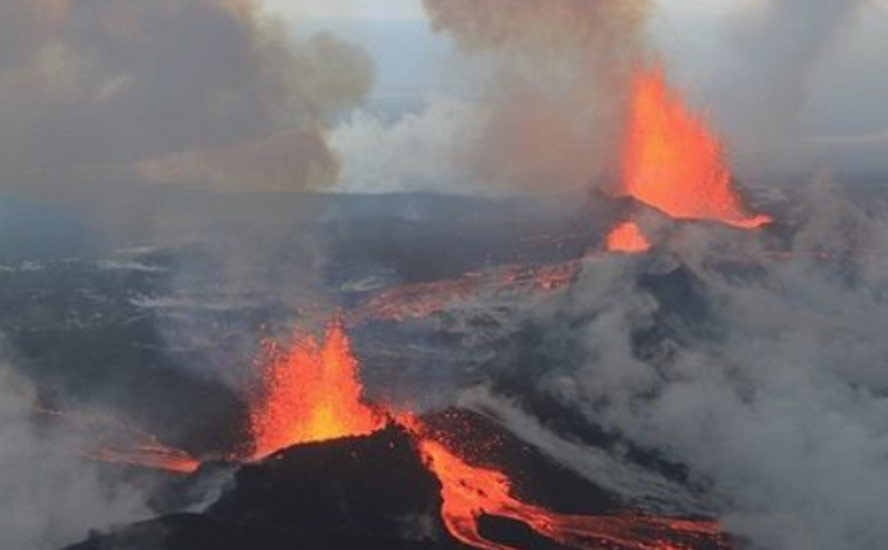 You may not have noticed, but our planet is becoming increasingly unstable.  According to Volcano Discovery, 40 volcanoes around the globe are erupting right now, and only 6 of them are not along the Ring of Fire.  If that sounds like a very high number to you, that is because it is a very high number.  As I have written about previously, there were a total of 3,542 volcanic eruptions during the entire 20th century.  When you divide that number by 100, that gives you an average of about 35 volcanic eruptions per year.  So the number of volcanoes that are erupting right now is well above the 20th century’s average for an entire calendar year.  And of course we are witnessing a tremendous amount of earthquake activity as well.  Nepal was just hit by the worst earthquake that it had seen in 80 years, and scientists are telling us that the Himalayas actually dropped by an astounding 3 feet as a result of that one earthquake.  How much more does our planet have to shake before people start paying attention?

Of course the things that we have been seeing lately are part of a much larger long-term trend.  Seismic activity appears to have been getting stronger over the past few decades, and now things really seem to be accelerating.  The following is how one news source recently summarized what we have been witnessing…

If it seems like earthquakes and erupting volcanoes are happening more frequently, that’s because they are. Looking at global magnitude six (M6) or greater from 1980 to 1989 there was an average of 108.5 earthquakes per year, from 2000 to 2009 the planet averaged 160.9 earthquakes per year: that is a 38.9% increase of M6+ earthquakes in recent years. Unrest also seems to be growing among the world’s super-volcanoes. Iceland (which is home to some of the most dangerous volcanoes on the planet), Santorini in Greece, Uturuncu in Bolivia, the Yellowstone and Long Valley calderas in the U.S., Laguna del Maule in Chile, Italy’s Campi Flegrei – almost all of the world’s active super-volcanic systems are now exhibiting some signs of inflation, an early indication that pressure is building in these volcanic systems.